Survivor’s Erika Casupanan: Everything We Know 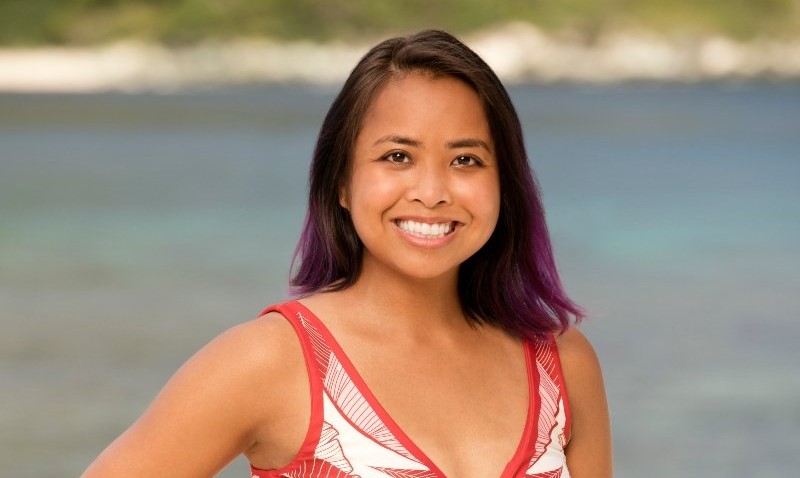 Since its premiere on May 31, 2000, ‘Survivor’ has been bringing to light gritty and fascinating individuals from a diverse range of backgrounds. With strenuous tasks and unique challenges in an isolated location that test participants’ survival skills as well as their physical, mental, and social abilities, the show is one of the most popular and interesting programs on television. ‘Survivor’ season 41 introduced to us fans a number of interesting personalities, with Erika Casupanan being one of them.

Casupanan is the first Canadian resident to star on this well-loved reality show. Despite her lack of screen time in the first few episodes, Casupanan quickly emerged as a force to be reckoned with. Her funny personality and excellent communication skills thrust her into the limelight. Naturally, since fans are curious to know more about her, we decided to delve deeper into her life. Here’s everything you need to know about Erika Casupanan.

Erika Casupanan was born on July 20, 1989, in the Philippines. Her family hails from Balsik, Hermosa, in the province of Bataan. After moving to Canada, she grew up in Niagara Falls, Ontario, and is currently based in Toronto. A Canadian resident and citizen, Casupanan is one of the first from the country affectionately called the Great White North to feature on ‘Survivor.’ She is proud to represent Filipinos and women of color on the show. Passionate about traveling, Casupanan has visited a range of countries, such as Australia, England, France, Germany, Peru, and Turkey.

The travel enthusiast has also been to Belgium, Guatemala, Greece, Netherlands, and Portugal. Interestingly, Casupanan is an amateur boxer, having been trained by renowned Canadian boxer Mandy Bujold. “I was one of those kids growing up that never played any sports. It just wasn’t something that my family was able to do. When I became an adult, I thought… Okay, let me throw my hat in the ring and try something. I went from zero to 100,” she stated. She has won prizes in amateur boxing competitions and is also passionate about fitness.

Erika Casupanan grew up with her parents and grandparents, with the latter taking care of her as the former were extremely busy with work. She is quite close to her family. The 32-year-old cites her grandmother as her hero and even sports a tattoo inspired by her. Although her work keeps her busy, Casupanan always takes time out of her schedule for her family.

Casupanan started watching ‘Survivor’ after the death of her grandfather as a means of coping. “And around the time the first season [of ‘Survivor’] premiered, my grandpa had passed away. And at the time, I had never known anybody that I loved who passed away. It was really hard for me to process, and the show was just such an escape,” she confessed. It seems that her family is very supportive of her endeavors. Casupanan’s relatives in the Philippines celebrated her participation in ‘Survivor’ season 41 by putting up banners with her picture outside their town’s hall.

Erika Casupanan received her B.A. in Media, Information, and Technoculture from Western University in 2011. She also has a Diploma in Multimedia Design and Production from Fanshawe College. Wait, that’s not all! In 2012, Casupanan also received a Post Graduate Certificate in Public Relations from Humber College. Talk about being well-educated!

Before appearing on ‘Survivor,’ Casupanan worked as a communications manager at Kijiji Canada. She decided to quit her job to participate in the reality show, wanting to start afresh. “It was a sacrifice but it was also one of those things where I felt like it was time for that chapter to end. What better opportunity is there to start a new fresh chapter then go do the craziest adventure of life? It meant changes [in] my lifestyle. Something that I use to define myself is now gone. It really set me up to be able to enter the game knowing there was no strings attached. I just am the way that I am,” she stated.

In the past, she also worked as a senior consultant at Media Profile, a public relations and creative agency. Although Casupanan’s height (5ft) is deemed a disadvantage in ‘Survivor’ by many, she makes up for it using her communication skills, physical fitness, and sharp wit. “I’ve been manipulative since before I knew what manipulation was. I relentlessly pursue my dreams. The great thing is no one would expect it because of my youthful face and small stature,” she revealed. We’re sure her skills in combat sports give her an advantage as well.

Erika Casupanan has not officially talked about her romantic life. However, it seems as though she has had a special someone for quite a few years. It is possible that she is engaged, if not married, as her social media posts certainly seem to hint at the same. However, until Casupanan herself confirms her relationship status, details about her romantic life are only speculations.

Clearly, Casupanan enjoys highlighting her travel adventures on social media more than anything else. Having paid off her student loans by the age of 27, she spends her hard-earned and well-saved money on traveling and hobbies. We don’t blame her, as she certainly deserves it!