Tall Girl 2 Ending, Explained: Do Jodi and Dunkleman Get Back Together? 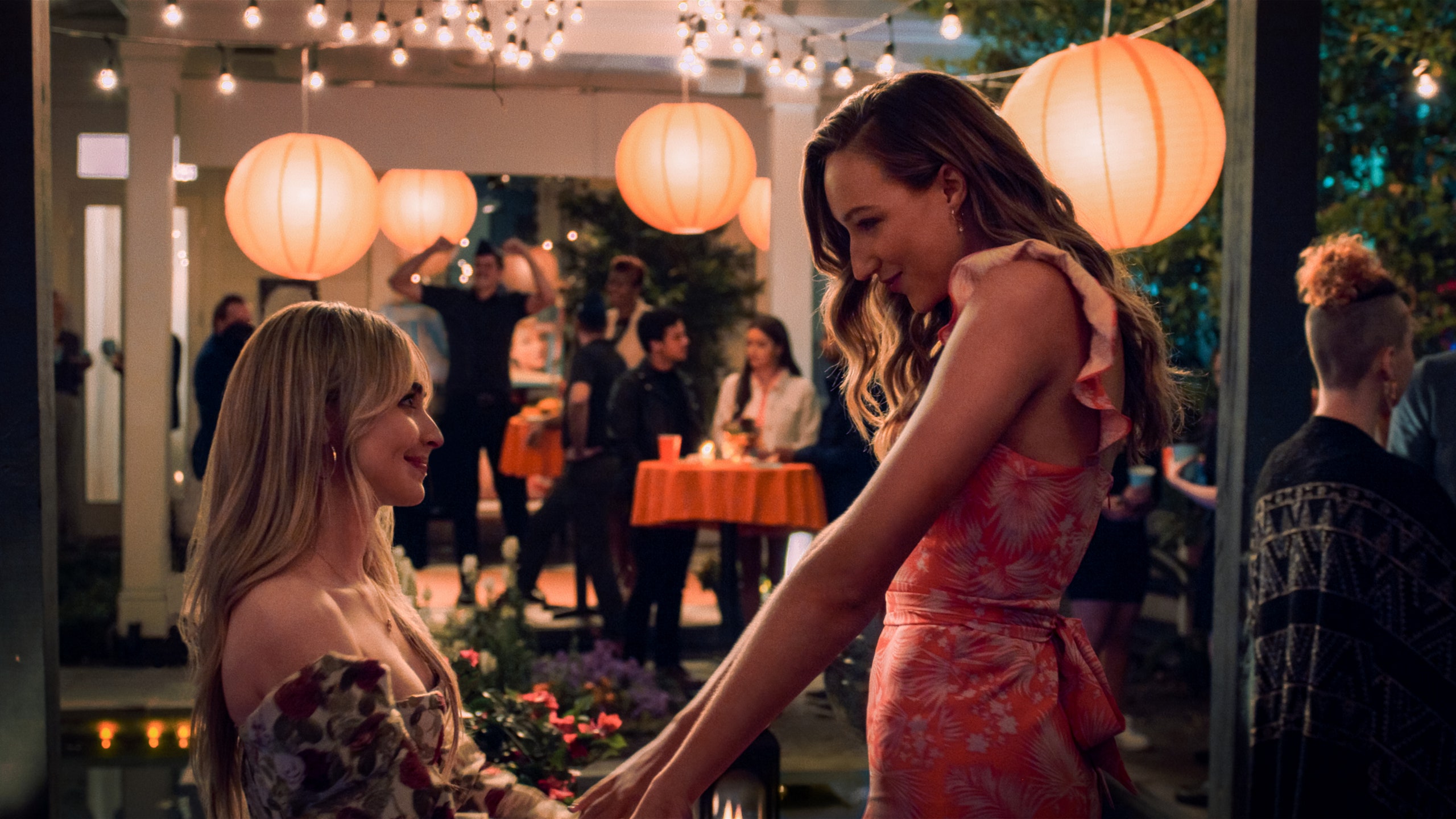 Director Emily Ting gives a celebratory makeover to a franchise in the making in teen rom-com movie ‘Tall Girl 2.’ While paying casual homage to the classics of the genre, the story becomes something of its own, thanks to the 6 feet one and a half inches protagonist, Jodi. In the first movie, she is unsure of life but gets back on her feet. The second installment ups the ante with more music and internal monologue, while the happy ending is something to ponder upon. If you are still busy recollecting the movie’s final moments, let us help you out! SPOILERS AHEAD.

The sequel begins three months after Jodi and Jack Dunkleman start dating. After her inspiring speech at the prom night, Jodi has become a superstar in Ruby Bridges High School. She finally gathers some courage to enroll herself for the audition of the school spring musical ‘Bye Bye Birdie,’ which has been on her bucket list for quite a while. It calls for a celebration and somehow anticipating Jodi’s courage, Fareeda and Jack have arranged for champagne. After the mishap of the first movie, Stig Mohlin attempts to redeem himself by becoming a part of Jodi’s friends’ circle. 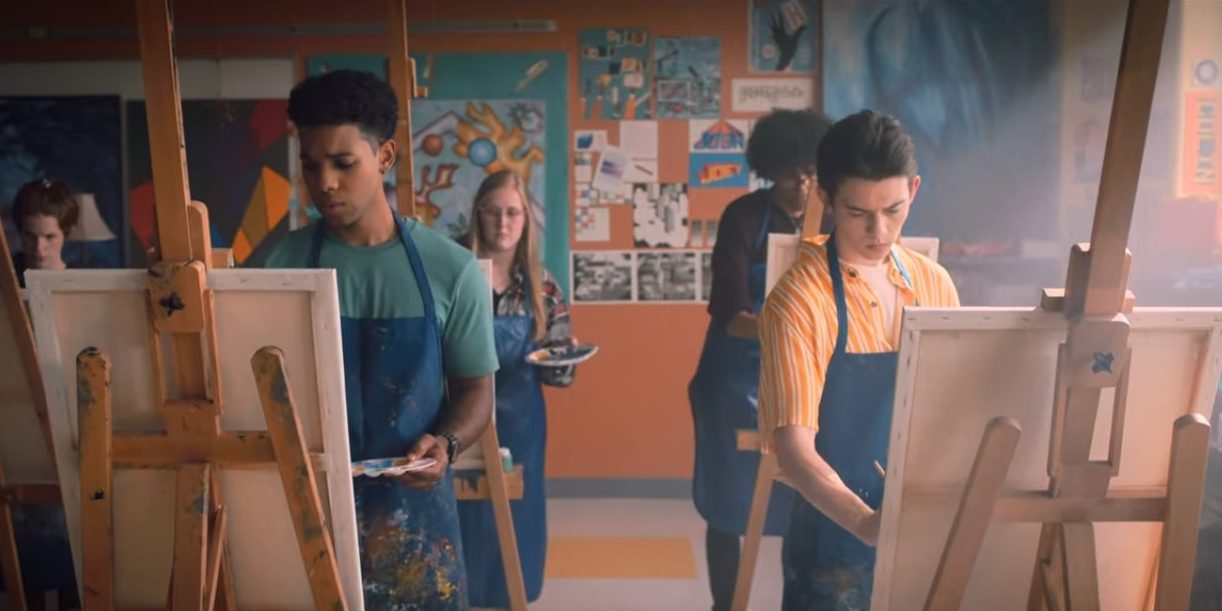 While in the audition queue, Jodi meets charming and soft-spoken Tommy, who remembers Jodi’s speech by heart. On the other hand, Schnipper cannot be a sidekick to Kimmy anymore, so he breaks up with her. Kimmy meets Jodi outside the audition hall and stresses that Jodi does not stand a chance. This voice haunts Jodi throughout the movie, feeding on her deepest fears. However, thanks to her angelic voice, and her fiery speech, Jodi gets the lead part, ending Kimmy’s six-year-long streak. The auditioner voices the concerns of Twitter people who snubbed the first movie, but Jodi holds her ground. Harper also gets a job in Los Angeles, and Richie and Helaine are above cloud nine.

Meanwhile, Jodi and Dunkleman’s relationship starts showing cracks and fissures. One morning in the cafeteria, Jodi and Dunkleman break up, despite Stig and Fareeda trying to mediate. Shortly after, they come out of school to see Stella, Stig’s sister, who has come all the way to meet her brother. When others escape, Dunkleman takes up the duty to give Stella a town tour. When Stella also catches her boyfriend Ingvar cheating on her, Stella and Dunkleman make an alliance not to let the relationship woes govern their lives. The situation entangles with Jodi kissing Tommy.

Tall Girl 2 Ending: Do Jodi and Dunkleman Get Back Together?

Jodi and Dunkleman end things on an abrupt note. However, Dunkleman arrives with a mango smoothie and other supplies for old times’ sake. At the moment, Jodi confesses that she has kissed someone, aggravating the situation to quite an extent. On the other hand, after their alliance, Dunkleman brings out the camera Jodi gifted him, and starts putting up photos with Stella on his social media. Looking at the yoga sessions and the puppy parties, Jodi is visibly upset as she thinks that Dunkleman is having the best time of his life.

Jodi goes to Dunkleman’s house to see Stella and him wearing matching flannels and excuses herself. Later in the plot, Jodi and the rest of the cast members of ‘Bye Bye Birdie’ gather around a campfire to burn stuff that brings back negative thoughts. Jodi has brought along the shoes Dunkleman gave her from the Drag Queen store, and shortly after throwing the pair into the fire, she realizes that she is not over Dunkleman yet. Tommy comes to sympathize with Jodi’s situation, becoming good friends.

On the other hand, Dunkleman tries his best to keep the mind off Jodi. He attempts to delete all his videos with Jodi and becomes a good friend of Stella. Stella makes Dunkleman realize that he is not over Jodi yet at the party before the show. In the auditorium, Jodi has reserved a seat for Dunkleman, but she is disheartened to see that he has not arrived. However, after the show, Dunkleman meets Jodi in the green room. He was in the upper tier to get some stellar performance photos. At this point, Dunkleman expresses how much he loves Jodi, and Jodi replies with a kiss. At this juncture, we feel that they have mended their relationship.

Do Stig And Fareeda End Up Together?

Stig attempts to redeem himself after breaking Jodi’s heart in the first offering. His character comes off as a balancing ingredient in the equation between Jodi, Fareeda, and Dunkleman. Initially, they don’t accept Stig in the group, but after showing kindness and compassion, he becomes a good buddy of Dunkleman. On the other hand, Fareeda takes a liking to Stig’s character. They head to a clothing shop to look for a makeover for Jodi, but the shop owner likes Jodi’s shirt. After enquiring, she knows that Fareeda has designed the shirt, and she has many more in her closet. 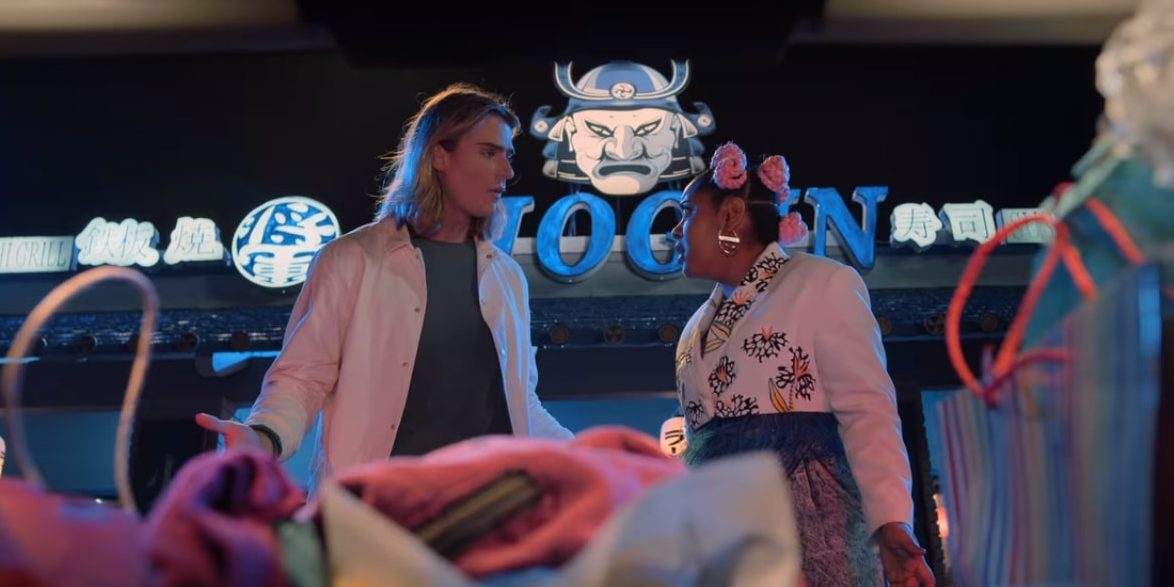 The shop owner asks Fareeda to bring clothes she has designed, and Fareeda is happy that her dream of becoming a fashion designer is taking flight. Meanwhile, she knows that the shop owner has put a 20 percent discount on her clothes, which outrages her. But thankfully, all her clothes have sold, which gives Fareeda a chance to stand up to her uptight parents. However, she later realizes that it was Stig who single-handedly bought the clothes. Following this revelation on the eve of Fareeda’s birthday, Stig and Fareeda share a kiss. However, Fareeda backs out moments later, not for Stig’s stinking breath but keeping in mind the Girl Code.

Fareeda cannot date her best friend’s crush as per the girl code. However, during the party on the yacht, Jodi divulges that she has known about the budding romance for quite a while. Fareeda and Stig have unmistakable chemistry, which does not escape Jodi’s eyes. Therefore, with Jodi’s blessing, Stig and Fareeda embark upon a relationship. Stig even asks Fareeda to join the foreign exchange program in his Swedish school. And while Fareeda does not give Stig a definitive answer, her expression suggests that she has taken the suggestion under consideration.