Tears of the Sun Ending, Explained 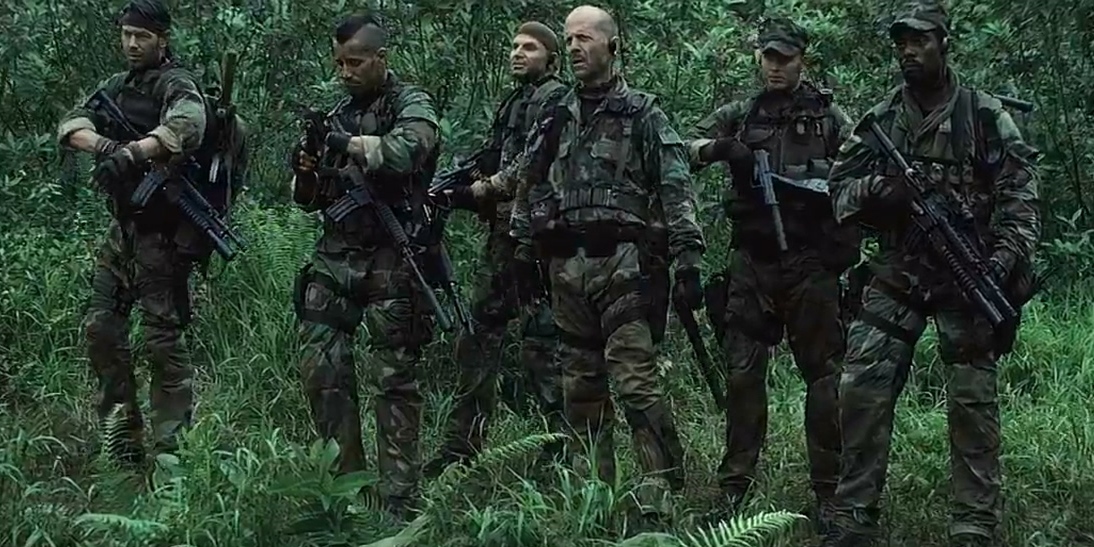 Helmed by Antoine Fuqua and performed by Bruce Willis and Monica Bellucci in the central roles, ‘Tears of the Sun’ is a 2003 politically-fueled military action movie of commendable strength. The heart-shattering story zooms in on a damning civil war in Nigeria. A U.S. Navy SEAL team embarks upon a mission to retrieve a doctor with U.S. ties from a church in hostile territory. As they defy orders and side with the civilians, the mission turns brutal and somewhat fatal. The ending is seemingly well-rounded, although we lose track of the deaths in the visceral massacre. If you seek to go to the end of the story, let us take you to the contested spaces. SPOILERS AHEAD.

Tears of the Sun Plot Synopsis

A civil war erupts in Nigeria as the exiled general Mustafa Yakubu assails President Samuel Azuka and his family and performs a coup. The president is an Ibo Christian, and thus the Fulani Moslems have a relation of enmity with authority. Shortly after the coup, the Fulanis begin a widespread ethnic cleansing. Those who can flee the country to take refuge in neighboring Cameroon.

A U. S. Navy SEAL team, under the leadership of A. K. Waters and comprising Zee, Slo, Red, Doc, Silk, Flea, and Lake, embarks upon a mission to extract Dr. Lena Fiore Kendricks and the priest and the nuns of the church-turned-hospital, if possible. Shortly after initiating the mission, the crew comes to face some hurdles. Lena does not want to leave the ethnic people behind. After some argument, Waters chooses to take the non-disabled people on a long hike to the extraction point, only to leave them behind.

The priest and the nuns refuse to come and are killed off by the rebel forces. Lena is infuriated, and after the sight of the church burning, Waters defies superior order and turns back the chopper. The soldiers get the children and some women on the copter while guiding the rest through a dense jungle into Cameroon. Unbeknownst to them, the enemies are closing down, and the journey turns into a suicide mission.

Tears of the Sun Ending: Is Lena Dead or Alive?

The primary agenda of the team is to retrieve Dr. Lena Fiore Kendricks, the widowed wife of a U. S. citizen and daughter-in-law of a senator. Captain Bill Rhodes instructs the team not to engage in conflict and take the doctor to haven. However, the mission turns on its head as Lena denies leaving her patients and go with the navy SEAL team. Presumably, to satisfy Lena’s conscience, Lt. Waters chooses to take the non-disabled ethnic people on a tiresome hike of 12 kilometers.

Some of the men fall sick on the road, and they decide to take a break. At night, they are almost ambushed by a guerrilla troop but maintain to stay out of conflict. They get to the extraction point the next day. Lena and the team board a copter to get to safety, leaving the natives behind. However, after the damning sight of a land full of dead bodies, Lt. Waters directs the pilot to turn back the chopper.

After the reversal, the team decides to stay on the mission while taking children and some women on the copter. But the course of the mission is changed, and now they must make the same journey on foot to get to Cameroon. However, tech support Slo makes a discovery midway in the journey. Rebel Commander Terwase and his troop are following them. The discovery makes the navy personnel suspect that there is a rat in the horde.

After some intimidation, Waters finds a person named Gideon carrying a tracking device. Gideon pleads by saying that the enemies have captured his family, but he is shortly executed. Before dying, Gideon divulges the name Arthur. After further interrogation, they know that Arthur, the son of Ibo president Samuel Azuka and the rightful heir of the country, is with the refugees.

After getting to know this information, the captain firmly suggests against involving in the international conflict due to diplomacy reasons. However, after the sight of people being raped, tortured, and massacred in a village in the name of ethnic cleansing, the navy seals are deeply moved. They choose to stay on the mission. As they are reaching the frontier, enemies are hiding in the dense jungle. Upon the instruction of Waters, the refugees go ahead, while the navy seals stay behind to take the brunt of the attack and rearguard the civilians.

One kilometer south from the Tandjile pass, the enemies catch up with the navy team. Red is the first to take the hit, and shortly after, the enemies fire up the jungle with explosives. Lena, Arthur, and the rest of the team fall from the impact, but they gather themselves and move towards the border. At the Tandjile pass, they are not cleared for entry, but Bill Rhodes comes to instruct the local soldiers to make way for the wounded. In the end, Lena is saved, and the team completes the mission.

Who Die Among the U.S. Navy SEALs?

To help the locals, the SEALs embark upon a literal suicide mission. Although the mission proves to be a success, in the end, there are some casualties in the team. Slo, Flea, Lake, and Silk go down in the fight with the enemy troops. As an enemy gunner aims at Slo from behind, he is the first to pass away. He is surprised since he believes that the death was not meant to be like this, but he followed the orders of Waters till the very end.

The explosions take down the rest, and Silk is the last to die, with the border in view. The others, namely Waters, Zee, Red, and Doc, make it out alive. However, all of them are severely wounded. Patience tells Waters that she is sorry for the men who died on the battleground, and the divinity will forever remember their relentless struggle for humanity. With the final pensive note, the film cuts to the credits.

What Does the Final Quote Mean?

The final quote, by Irish statesman and philosopher Edmund Burke, commemorates the sacrifice of the SEAL team. The quote reads, “The only thing necessary for the triumph of evil is for good men to do nothing.” Many attribute the quote to Edmund Burke, including U.S. President John F. Kennedy. However, cross-checking reveals that Burke said no such thing.

Although he said something similar, the quote presented in the movie is definitely a slight alteration of philosopher John Stuart Mill’s inaugural address at the University of St. Andrews, where he said, “Bad men need nothing more to compass their ends, than that good men should look on and do nothing.” Although the quote is misattributed, the message is clear – bad wins without resistance if the good does not act for its cause. Against the evil Fulani militants, the U.S. SEALs fight on the side of the civilians. Their struggle to keep the civilians safe reinstates our faith in the good. They act, and due to their action, the people of Nigeria can still hope for the democratic return of Arthur Azuka, the son of the assailed president.

Read More: Is Tears of the Sun Based on a True Story?