Tell Me Lies Episode 1, 2, and 3 Recap and Ending, Explained 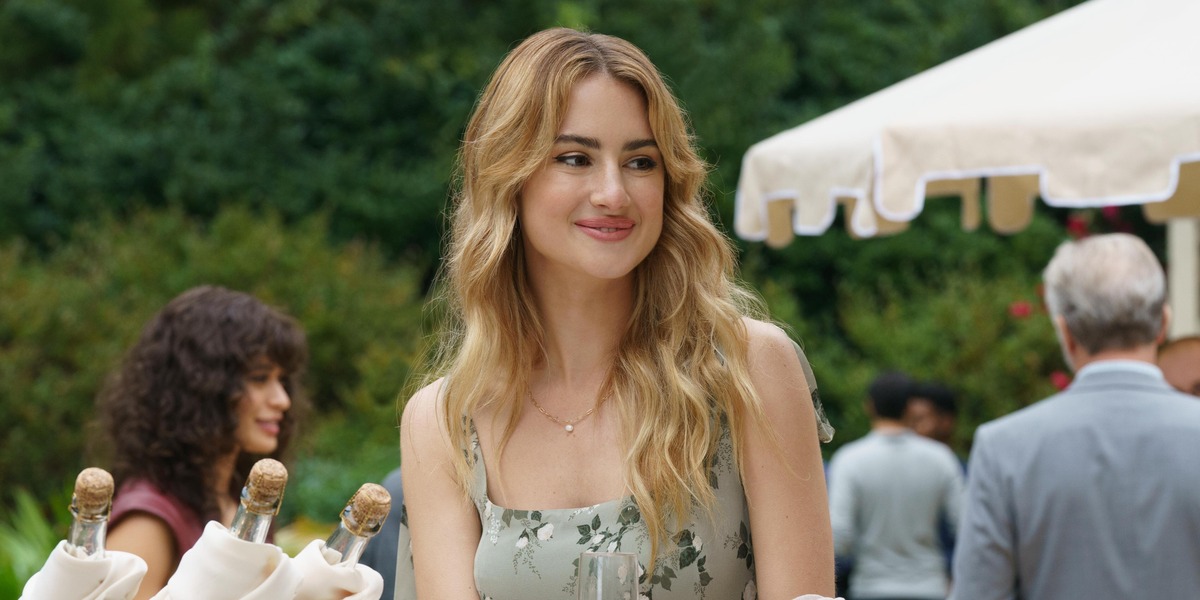 ‘Tell Me Lies’ is a drama series based on author Carola Lovering’s novel of the same name and developed for television by Meaghan Oppenheimer. It follows Lucy Albright as she attends college and meets Stephen DeMarco, a charming young man she finds attractive. The narrative jumps forward and backward across an 8-year timeline during which Lucy and Stephen developed a toxic and tumultuous relationship. However, as the narrative progresses, viewers start to get a sense of just how twisted the dynamics between Lucy, Stephen, and their friends are. If you wish to catch up on the three-part series premiere, here is everything you need to know about the ending of ‘Tell Me Lies’ episodes 1, 2, and 3! SPOILERS AHEAD!

The first episode, titled ‘Lightning Strikes,’ opens with Lucy dreaming of passionate sex with her former lover, Stephen. However, she wakes up and prepares for a wedding. At the wedding, Lucy’s friends are concerned that she might fall back into a relationship with Stephen. Lucy reassures them that the chapter is closed.

The story jumps back to 2007, and flashbacks depict Lucy’s arrival at her college. She meets her friends Maisie, Bree, and Pippa. Lucy meets Stephen, who asks her out for dinner, but she turns him down. She learns that Stephen is dating Diana, leading to complications. Meanwhile, Maisie dies in a car accident, and the episode ends with the hint that Stephen and Wrigley’s friend, Drew, is connected to her death.

The second episode, titled ‘Hot-Blooded,’ opens with Drew revealing that he almost crashed into Maisie on the night she died. Maisie’s parents arrive on campus and clear out her room. Meanwhile, Lucy goes out for dinner with Stephen. Stephen ignores a call from his mother but later learns that “something” has happened. In the end, Lucy learns about Diana’s actions towards Stephen and decides to pursue a relationship with him. The episode ends with Lucy and Stephen having sex.

The third episode is titled ‘We Don’t Touch, We Collide’ and opens with Drew spiraling into depression after Maisie’s death. Stephen and Lucy have a conversation about their situation. While both are reluctant to commit to each other, they claim that neither is sleeping with other people. Pippa and Wrigley continue dating but reach a crossroads after realizing they are not on the same page. Lucy and Bree share a drink. Lucy meets a cute stranger at the bar before the police interrupt their conversation.

Meanwhile, Drew falls off the stairs and needs help. Stephen and Wrigley arrive to help him but bring along Pippa with them. After an uncomfortable conversation with Drew in which he is overwhelmed with guilt, Pippa leaves. However, Wrigley tells her about Drew’s involvement in Maisie’s death. Nonetheless, he warns Pippa to remain quiet about the news.

Tell Me Lies Episodes 1, 2, and 3 Ending: Is Stephen Cheating on Lucy?

The third episode shows Stephen and Lucy’s relationship progressing. However, the two are still unsure about their feelings for each other. While it is evident that Stephen is merely stringing along Lucy, he claims that he is not hooking up with anyone else. On the other hand, Lucy spends the night with a stranger, further complicating the situation. However, the final moments of the third episode give viewers a hint of just how tumultuous the duo’s relationship is about to get.

Towards the end of the third episode, Stephen learns that Diana has been selected for the position of research assistant. Stephen coveted the role and wanted to get it to progress his career ambitions. However, he quickly decides that Diana applied for the role only to piss him off. Stephen confronts Diana at her dorm, and the two have a huge argument. The conversation quickly escalates into a sexual encounter, and viewers learn that such situations are standard practice for the former lovers.

The next morning, Stephen and Diana wake up in bed together, and Diana decides to put an end to their on/off hook-ups. She states she has too much self-respect and will no longer allow Stephen to disrespect her. However, Stephen charms his way back into Diana’s heart, and she leaves the door open for reconciliation between them. In the end, Diana calls Stephen and asks him to hang out with her. However, she makes it clear that they are not officially back together.

The episode’s ending implies that Stephen still has romantic feelings for Diana. As a result, his future with Lucy is under threat. Since the two are not dating, Stephen does not technically cheat on Lucy. He did lie to her. Therefore, it is clear that Stephen is not serious about Lucy. Moreover, his conversation with Diana hints that he will continue using Lucy to satisfy his own ego. On the other hand, the episode ends with a shocker by revealing that Lucy spends the night with the stranger from the bar. Hence, Stephen and Lucy’s romance is doomed, and the seeds of their tumultuous romance. Moreover, their interactions will continue to affect their lives in unexpected ways.

Read More: Where is Tell Me Lies Filmed?