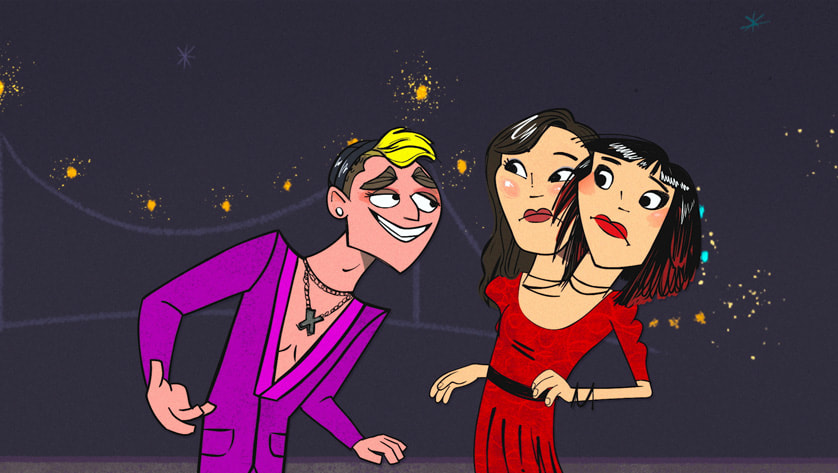 Episode 6, titled ‘Zoë,’ is an animated retelling of the titular character’s night and depicts the internal struggles she goes through in all its comedic and surreal glory. The central mystery of ‘The Afterparty’ is well underway, and Detective Danner, running out of options, agrees to interrogate the relatively harmless-looking Zoe.

Of course, once she delves into her story, and we see “Big Momma Bear Zoe,” the soft-spoken single mother doesn’t look as harmless. We also get some explanations for why Zoe is seemingly attracted to the flashy Xavier and the bumbling Aniq at the same time. Let’s take a closer look at ‘The Afterparty’ episode 6 and see how much closer we are to solving the mystery. SPOILERS AHEAD.

The episode opens with Zoe, claiming to have a “confession,” being led into the recording-studio-slash-interrogation-room. She launches into her story and how her “wild side” almost literally controlled her for most of the evening. As her description of the night’s events continues, we see more versions of Zoe’s personality come alive. 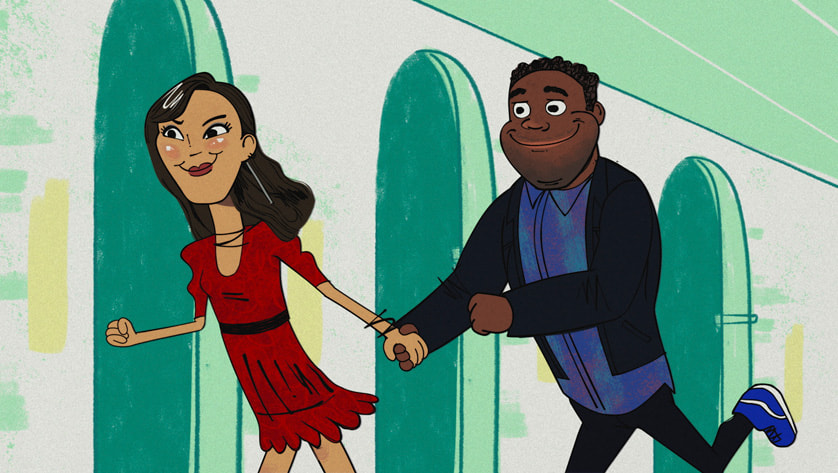 In the flashback, things get off to a lackluster start as Wild Zoe realizes that her classmates are still awkward around her due to her recent divorce (with Brett). Soon enough, “Good” Zoe takes back control, and she soon finds herself in the school bleachers with Aniq. We’ve seen this moment from Aniq’s perspective in episode 1 and now see it from Zoe’s.

When she finds out Brett has left their kids unsupervised, the massive, protective, Momma-Bear personality comes alive, and our heroine rushes to find her kids, leaving a path of destruction in her wake. Aniq is forgotten, and Wild Zoe subsequently takes over and begins flirting with Xavier. Fortunately, it is only a matter of time before she realizes that Aniq is the one that genuinely likes her. As the animated sequence wraps up, Zoe comes down from Xavier’s bedroom and makes up with her long-estranged friend, Chelsea.

Back in the present, Zoe closes her tale by saying that depending on how the events are narrated, the murder’s suspects could also keep changing. Despite Zoe’s hints that perhaps all of them (or none of them) are involved in the murder, Danner remains unconvinced. However, before she can make her next move, Detective Culp walks in, saying he’s talked to the commander and that Danner is now off the case. 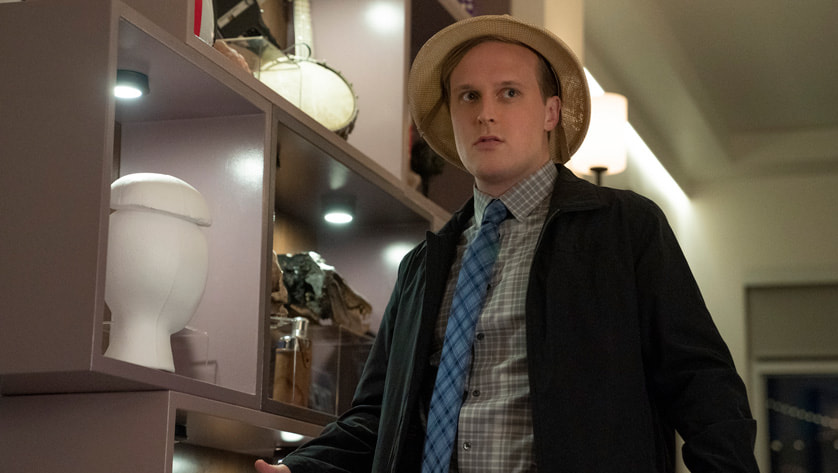 And so, as expected, it appears that Zoe did not kill Xavier. She very clearly leaves his room while he is still alive and rejoins the party, thus giving her multiple alibis. Danner, too, is quite certain that Zoe didn’t commit the crime but remains suspicious of Aniq since, even at the end of Zoe’s retelling, he is the last one heading up to Xavier’s room in an angry huff. 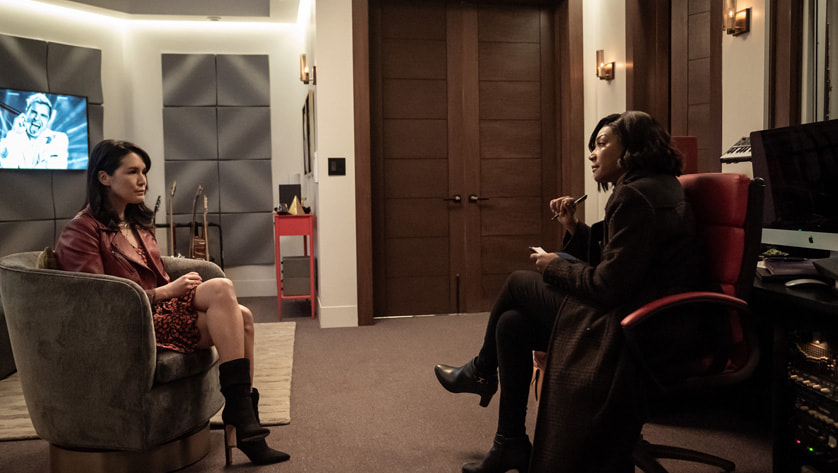 Zoe, however, introduces an interesting scenario that might actually turn out to be correct. Considering how unlikely of committing a murder each of the guests (or, according to Danner, “suspects”) looks, it is possible that perhaps they are all in on it. Apart from Yasper and possibly Ned, no one really likes Xavier, so all the guests being in on the crime is a definite possibility. If that really is the case, then Zoe could, in part, be responsible for Xavier’s murder. Until then, she is seemingly innocent.

Is Detective Danner off the Case?

Well, it certainly looks like it. In the episode’s closing moments, her subordinate, Detective Culp, calls the captain and then smugly walks in, seemingly with direct orders from higher authority that Danner is to stop conducting the investigation. Though she might be “officially” off the case, if there’s one thing to know about Danner, it’s her disregard for authority. Therefore, we can expect her to carry on the investigation (as she has been doing the whole time) just a little bit longer until her replacement arrives.

How Many Versions of Zoe are There?

This episode shows us the many colorful sides of Zoe, starting with her wild side, which she’s apparently kept locked up since she was in high school. On the night of the reunion, Wild Zoe makes an appearance and takes over for large sections of the night, which is how Zoe ends up with Xavier in the first place. 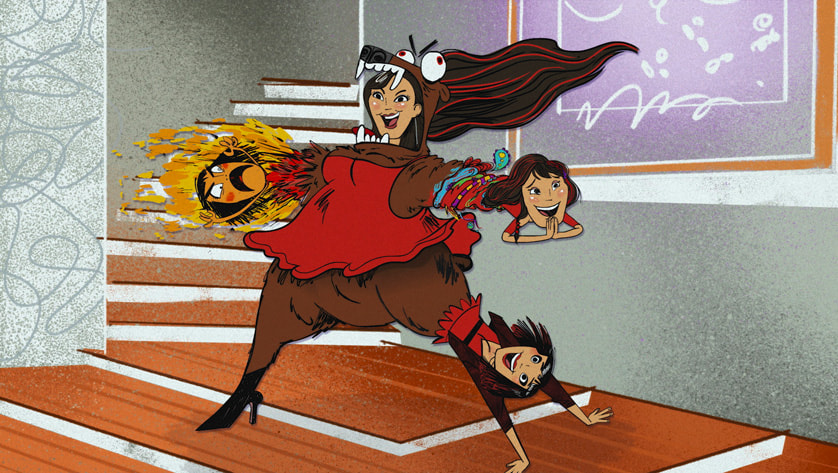 We also get a glimpse of Momma Bear Zoe, her protective motherly side, and possibly the scariest character on the show. By the end of the episode, when she’s in a reconciliatory mood, “annoying stoner Zoe” shows up right in time to mellow everything out. In between, a few other versions of Zoe also show up, and the episode closes with an epic mashup of all her forms, including the diminutive but fiery “raging child Zoe.”