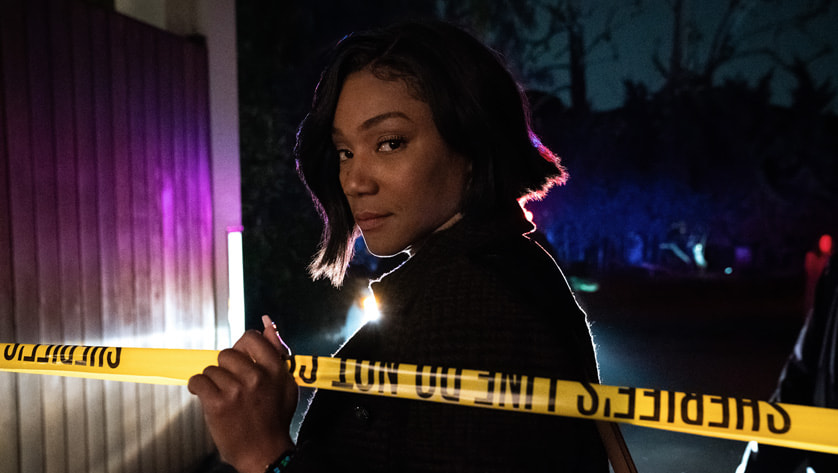 ‘The Afterparty’ opens with the mysterious death of the host of the titular party, with all his guests then looked upon as suspects. When mega-celebrity Xavier (Dave Franco) is found dead on the cliffs under his mansion, Detective Danner (Tiffany Haddish) jumps on the opportunity to solve the case. What she doesn’t expect is the collection of quirky guests she then has to spend the night interrogating.

The series blends the premise of a murder mystery with the comedic talents of its stellar cast. The frequent flashbacks play out in a variety of cinematic genres, depending on the character narrating the events. If you enjoy quirky intrigue and perfectly timed banter, we’ve got a few recommendations for shows that blend comedy and crime in the best possible ways. You can watch most of these shows similar to ‘The Afterparty’ on Netflix, Hulu, or Amazon Prime. 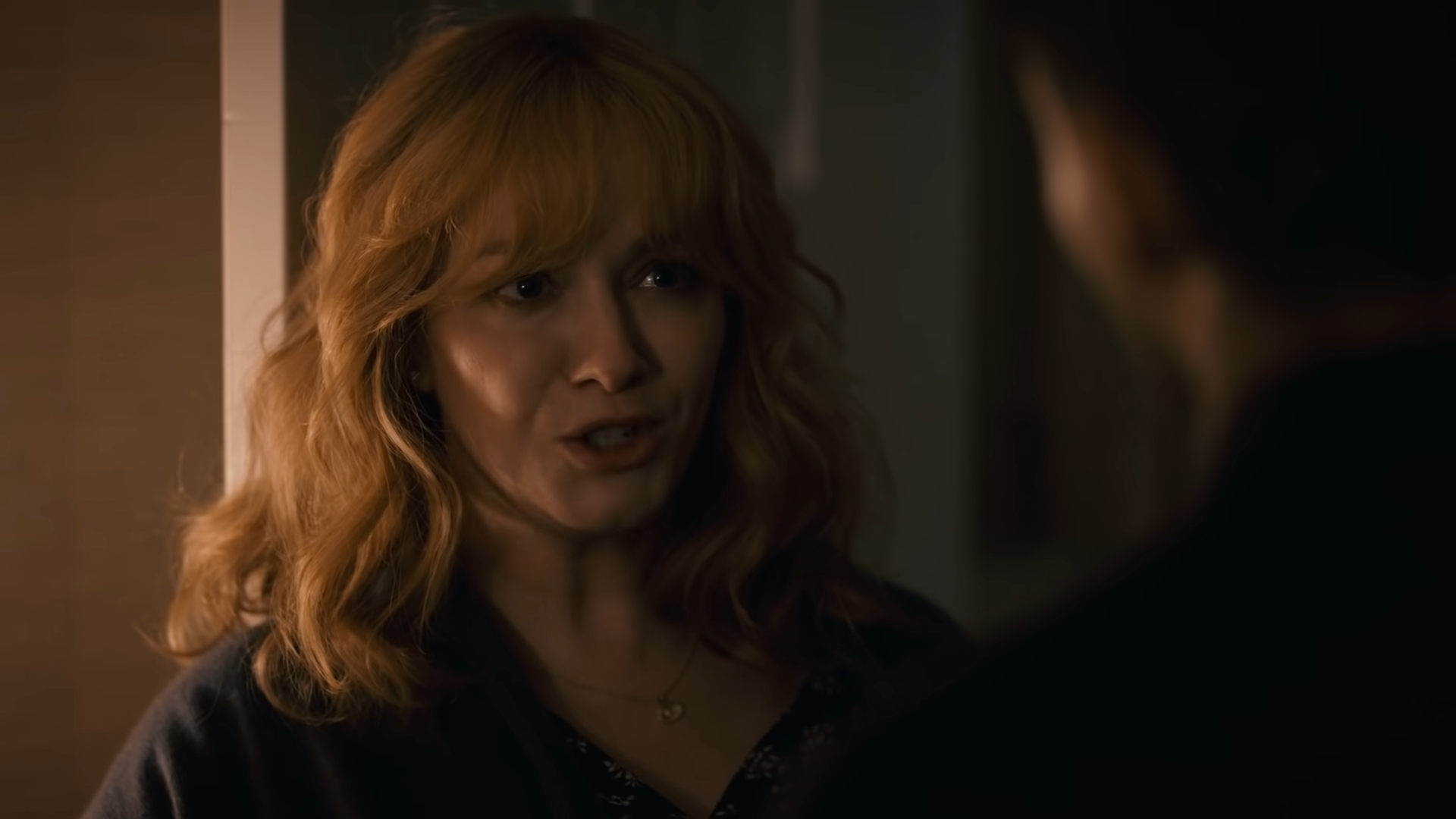 This crime comedy-drama series is one that you can quickly jump into to satiate your craving for shows like ‘The Afterparty.’ With an equally entertaining premise — of three unsuspecting suburban mothers getting embroiled in the crime world — the show delivers laughs and intrigue over four seasons, so there’s plenty to watch. The presence of talented comedians in the cast, much like ‘The Afterparty,’ gives ‘Good Girls’ the perfect amount of dark humor to make it very binge-worthy. 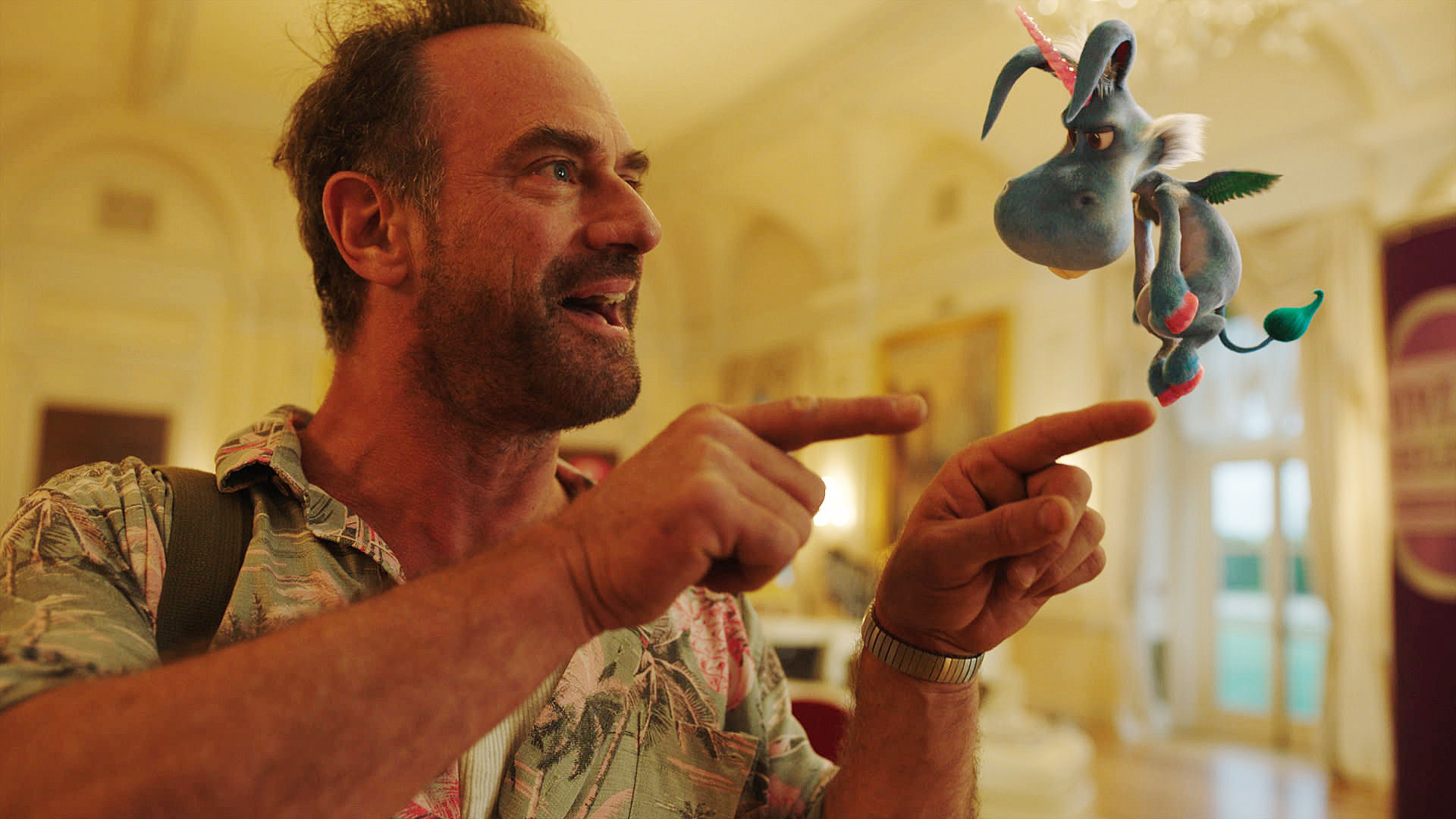 One of the more surreal recommendations on the list, ‘Happy!‘ follows disgraced cop Nick Sax who is befriended by the titular character — a small blue-winged unicorn whom only Nick can see. Based on the comic book series of the same name by writer Grant Morrison and artist Darick Robertson, the adventure gets even stranger as the unlikely duo encounters worldwide criminal conspiracies, evil Santas, and even aliens.

The fact that Nick is trying to save his young daughter and regularly battles with his dark personal demons gives the show sufficient emotional depth as well. And of course, those that enjoyed the genre-mixing in ‘The Afterparty’ will dig the animated Happy’s strange interactions with the real world. 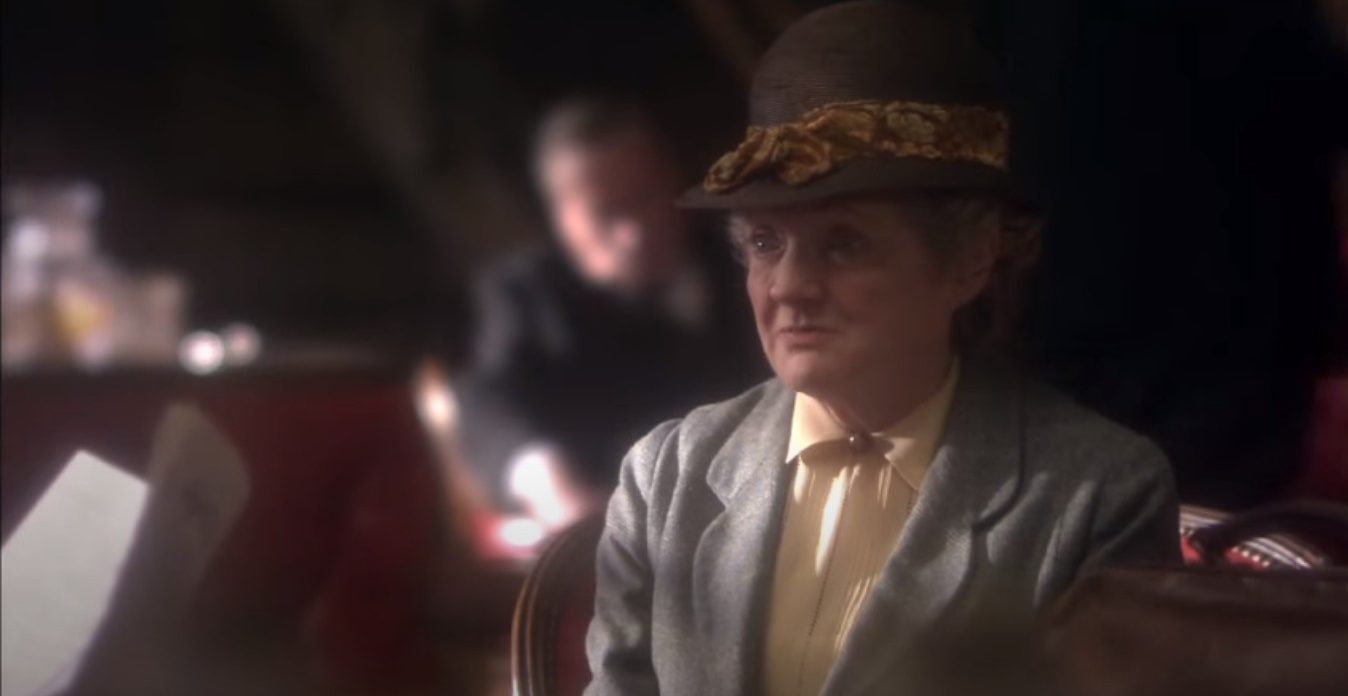 Murder mystery buffs will love this show, which is loosely based on the literary works of the unmistakable Agatha Christie. The popular titular character, Miss Jane Marple, is an elderly mystery solver with an eye for spotting clues. The quaintness of the show, with its hint of dark humor and truly entertaining mysteries, make this a very entertaining watch. Incidentally, the creator of ‘The Afterparty,’ Christopher Miller, is a huge Agatha Christie fan and sites the author as one of his inspirations. 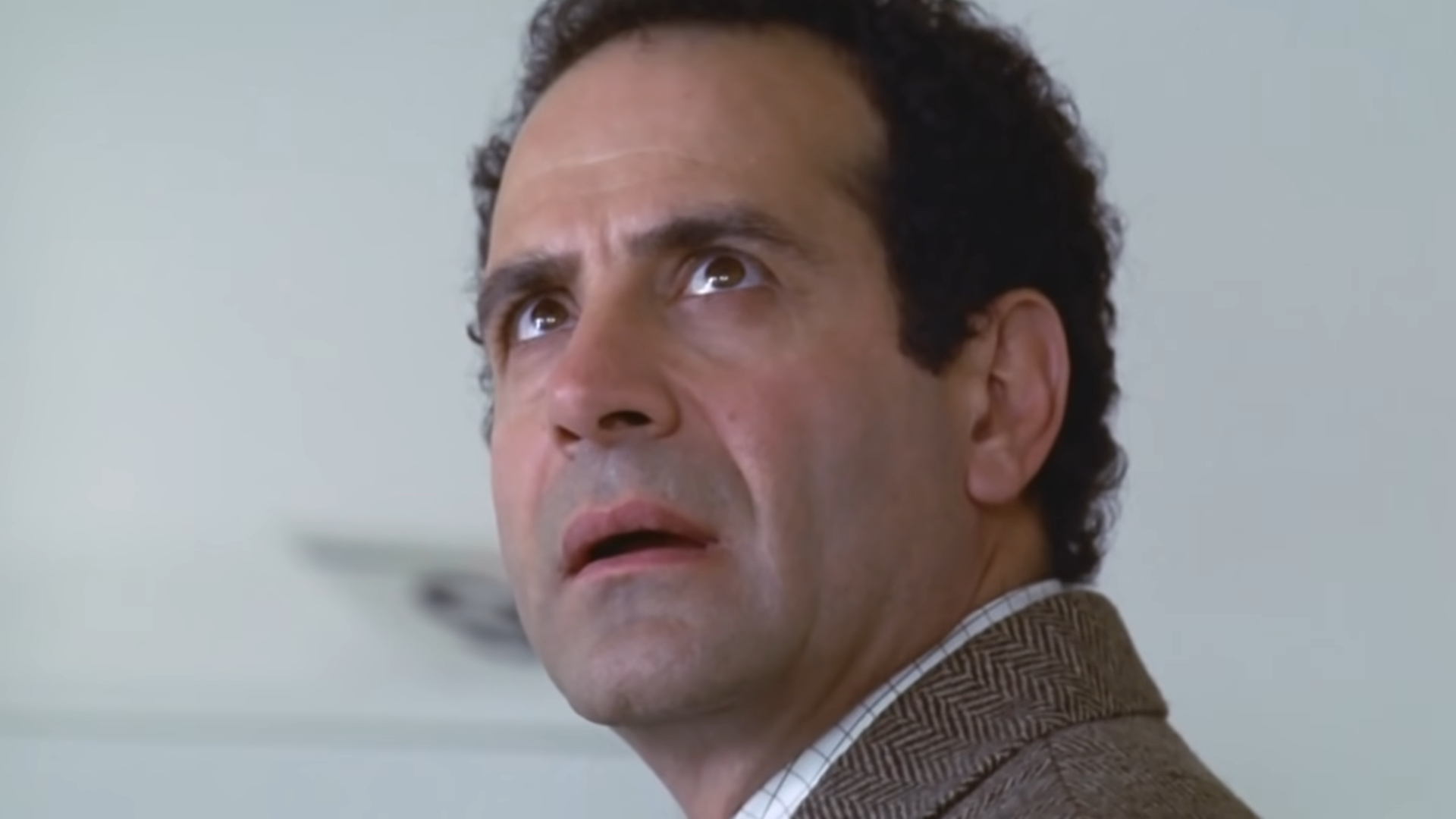 In the vast genre of quirky crime-solving shows, ‘Monk’ is a timeless classic. The obsessive-compulsive detective grapples with some truly gruesome cases but always brings the focus back to his eccentric way of doing things. Comedy and crime go hand and hand in this series. The titular detective is almost the opposite of Tiffany Haddish’s Detective Danner in ‘The Afterparty,’ but equally memorable.

This mystery-comedy series follows the unlikely pairing (or tripling?) of an aging actor, an out-of-work director, and a young disillusioned college student, who attempt and solve the mysteries of their vintage building complex. The fourth wall is teased on multiple occasions as the central-trio begins to narrate their own investigative adventures in a podcast. Much like ‘The Afterparty,’ the show is based in a residential setting where everyone is under suspicion. With comedy powerhouse Steve Martin in the lead, ‘Only Murders in the Building’ is a fantastic show to get into.

Based on the novel of the same name by Chris Bohjalian, the show’s titular protagonist wakes up from a wild night to find herself embroiled in a gory murder. Unable to remember the events of the evening, Cassie goes down a surreal path even as the FBI interrogates her. Like ‘The Afterparty,’ every episode reveals new bits of information through stylized flashbacks, leaving the audience guessing about what actually happened. Also, Kaley Cuoco, known for her popular role as Penny on ‘The Big Bang Theory,’ essays the role of the titular flight attendant. 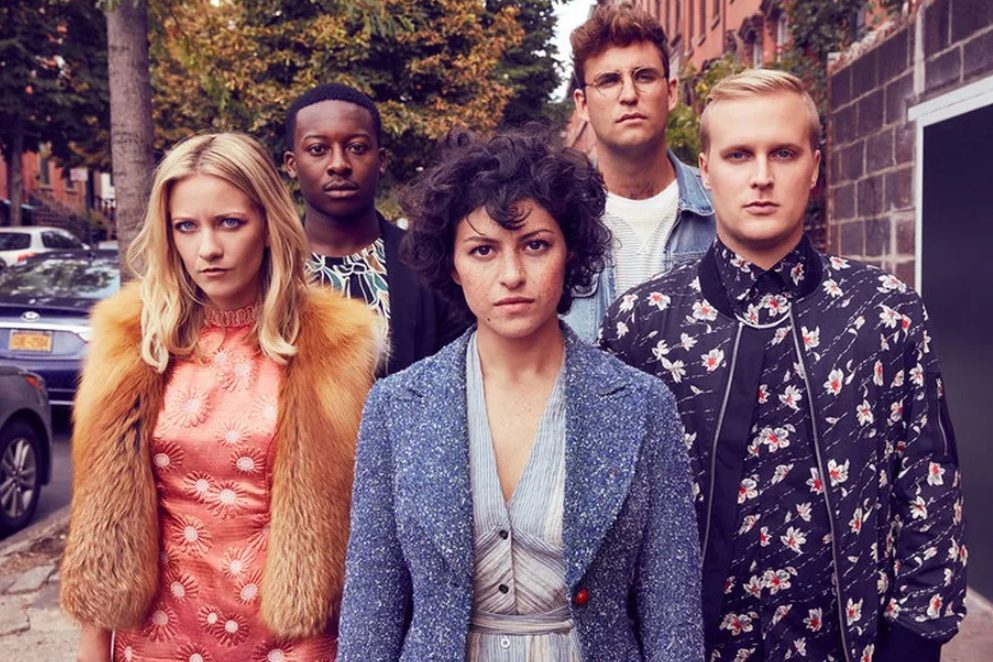 ‘Search Party’ follows a group of friends in New York City who get embroiled in the case of a missing woman, which takes them down a rabbit hole of unexpected events. Each season explores a new, related crisis or situation that the group’s members get embroiled in, with later iterations even seeing the protagonist become a cult leader!

Suffice it to say, the show has a very entertaining, binge-worthy narrative that will keep you guessing. Those that enjoyed the flashbacks from ‘The Afterparty’ that play out in various film genres will love how the critically acclaimed ‘Search Party’ shifts genres season to season from classic mystery to Hitchcockian thriller, and even courtroom drama.