Only Murders in the Building Season 1 Ending, Explained

After a long yet breezy trail of murders, clues, podcasting, misdirection, and twists, ‘Only Murders in the Building’ season 1 arrives at its conclusion that delivers every bit of the charm and novelty fans have come to expect from the show. However, as spectacular as it is, the season finale of the murder mystery series does not tie up all the loose ends during the final round. To say that Charles, Oliver, and Mabel are a chaotic trio would be an understatement as they inadvertently end up running into more trouble as the inaugural season reaches its climax.

As a result, a few critical questions remain unanswered, and a new mystery is set up, leaving the fans off on a heartbreaking cliffhanger. If you are looking for some clarifications about the episode’s shocking reveals, you have come to the right place. Here’s everything you need to know about the ending of the season 1 finale of ‘Only Murders in the Building!’ SPOILERS AHEAD!

Only Murders in the Building Season 1 Finale Recap

‘Only Murders in the Building’ season 1 episode 10, titled ‘Open and Shut,’ picks up after Mabel and Oliver learn the truth about Jan. Arconia’s resident musical maestro and talented bassoonist is, in fact, the mysterious woman Tim dated before his death. Charles returns from the symphony after realizing that Jan lied to him about being the first chair. Mabel and Oliver inform him about their discovery, but he dismisses them. The duo leaves the clues for Charles to study and go to investigate Jan’s apartment. 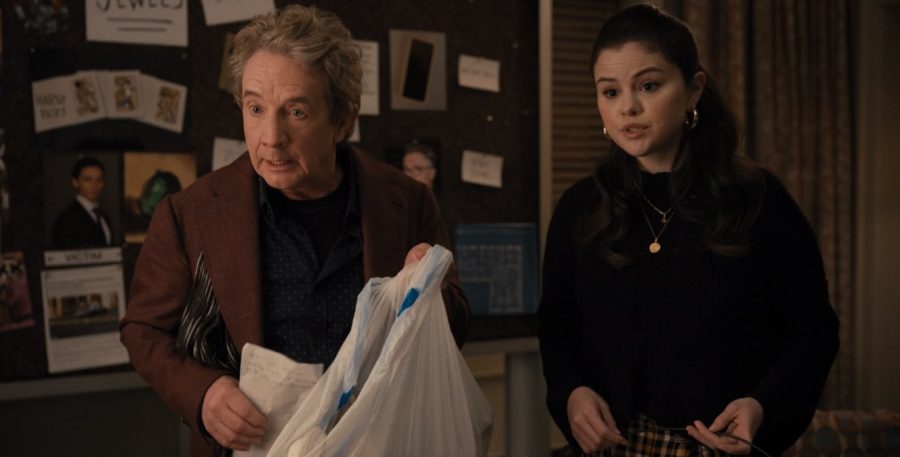 Jan leaves the performance halfway and arrives at Charles’ doorsteps. Charles welcomes her in but has already put the pieces together, realizing that Jan killed Tim. Not at all surprised by the expose, Jan admits to slaying Tim. Through a flashback and Jan’s admission, we learn what transpired on the night of Tim’s murder. Jan called Tim to her apartment, poisoned him, dumped the glasses in his bag. She then pulled the fire alarm and went to Tim’s apartment to shoot him. As Charles explains how he figured out that Jan is Tim’s killer, he realizes that she has poisoned him as well.

However, Charles records Jan’s confession on his phone. Meanwhile, Oliver and Mabel find the missing emerald ring in Jan’s apartment, directly connecting Jan to Tim’s death. They rush back to Charles and find him partially paralyzed by the poison. Jan has released toxic fumes through the building’s fireplaces to kill the residents and clear her name. Charles, Oliver, and Mabel are able to stop Jan’s machinations and have her arrested, thus closing the investigation of Tim Kono’s murder. However, as the trio gathers to celebrate their success, a shocking revelation awaits them.

Only Murders in the Building Season 1 Finale Ending: Why Did Jan Murder Tim?

In the tenth episode, we finally receive some closure about Tim’s death that kick-started the entire series of events. Jan reveals to Charles that she has a thing for lonely men with a visible age difference and that’s how she fell in love with Tim. However, one day she found the emerald ring Tim had procured from the black market as a means to prove Oscar’s innocence in Zoe’s death. Jan assumed that the ring was meant for someone else. Thus, she believes that Tim was cheating on her, and thus, decided to kill him for hurting her. 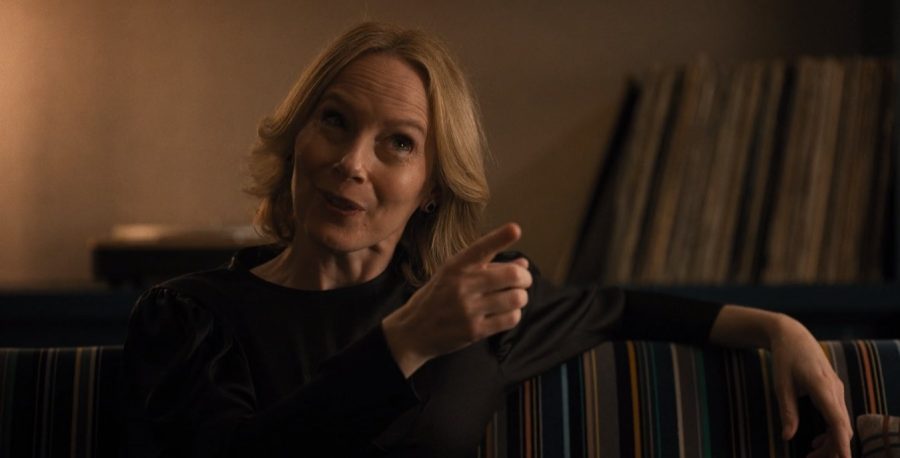 During her first date with Charles, Jan mentions that she is seeing a psychiatrist. She explains that the last person she dated always put her second in their life, a trait that has been common throughout all her relationships. Seeing the ring makes Jan believe that Tim was also like the other men she had dated. It served as a trigger for Jan’s psychological issue, and she proceeded to kill Tim. Thus, Tim’s death is a tragedy in every sense of the word.

Who Is the Dead Person? Why Does the Police Arrest Mabel, Charles, and Oliver?

As the episode draws to a close, Charles, Mabel, and Oliver gather on the Arconia’s roof to celebrate their first successful case. The scene is particularly bittersweet as the tragic incidents in Mabel’s life that began with the death of her friend, Zoe, started on the roof of the building. That in itself serves as a foreshadowing of the trouble that awaits the trio downstairs.

As the three friends celebrate, they run out of champagne. Mabel heads downstairs to get another bottle from her apartment, and sirens wail in the distance. Charles and Oliver discuss continuing their work partnership, and the sound of the sirens grows louder. The duo receives an anonymous text warning them to leave the building. Charles and Oliver rush downstairs to get Mabel.

They enter her apartment, only to find Mabel covered in blood as a dead body dressed in a tie-dye hoodie lies in front of her. Despite the misleading wardrobe choice, the dead person is revealed to be Bunny, the building board leader with a particular dislike for the trio. Before any of them can process what is going on, the police arrive and arrest Charles, Mabel, and Oliver. The trio is taken away in front of the remaining Arconia residents under the charges of Bunny’s murder.

It isn’t clear who killed Bunny, but it likely has something to do with the trio’s podcast. Bunny is wearing the official hoodie of the Only Murders in the Building podcast. However, her disdain for the trio and their podcast was well known. Therefore, it is clear that someone is trying to accuse Charles, Mabel, and Oliver of murder.

On the rooftop, Mabel mentions that not everything about Tim’s case makes perfect sense. Now with Bunny’s death, things have become even more complicated. The presence of Cinda Canning (Tina Fey) and the mysterious text further hint that someone was aware that a murder was going to take place in the building. It is possible that someone is trying to hide some criminal activities going on inside the Arconia and framed the unsuspecting trio. For now, we’ll just have to wait for season 2 to find out more about this mind-bending new mystery.

Does Charles Reunite With Lucy?

Lucy is the daughter of Charles’ ex-girlfriend, Emma. Charles is very attached to Lucy but hasn’t spoken to her since his breakup with Emma. Charles mentions that he is haunted by the thought that Lucy might feel he abandoned her. Slowly, through his friendship with Mabel and Oliver, Charles sheds the hallowed image of a walking dead body and rediscovers the joy of living. Eventually, he is able to find enough courage to contact Lucy.

Charles texts Lucy and she also replies to him. However, the exact nature of their conversation isn’t revealed. Therefore, it might be farfetched to assume that everything is alright between them, but a reunion is definitely not out of the question. Charles texting Lucy is a testament to the positive effects his friendship with Oliver and Mabel has had on his life. Charles’ involvement in the investigation of Tim’s murder provides him with a sense of clarity over people he holds dear in life and paves the way for a reunion with Lucy down the road.