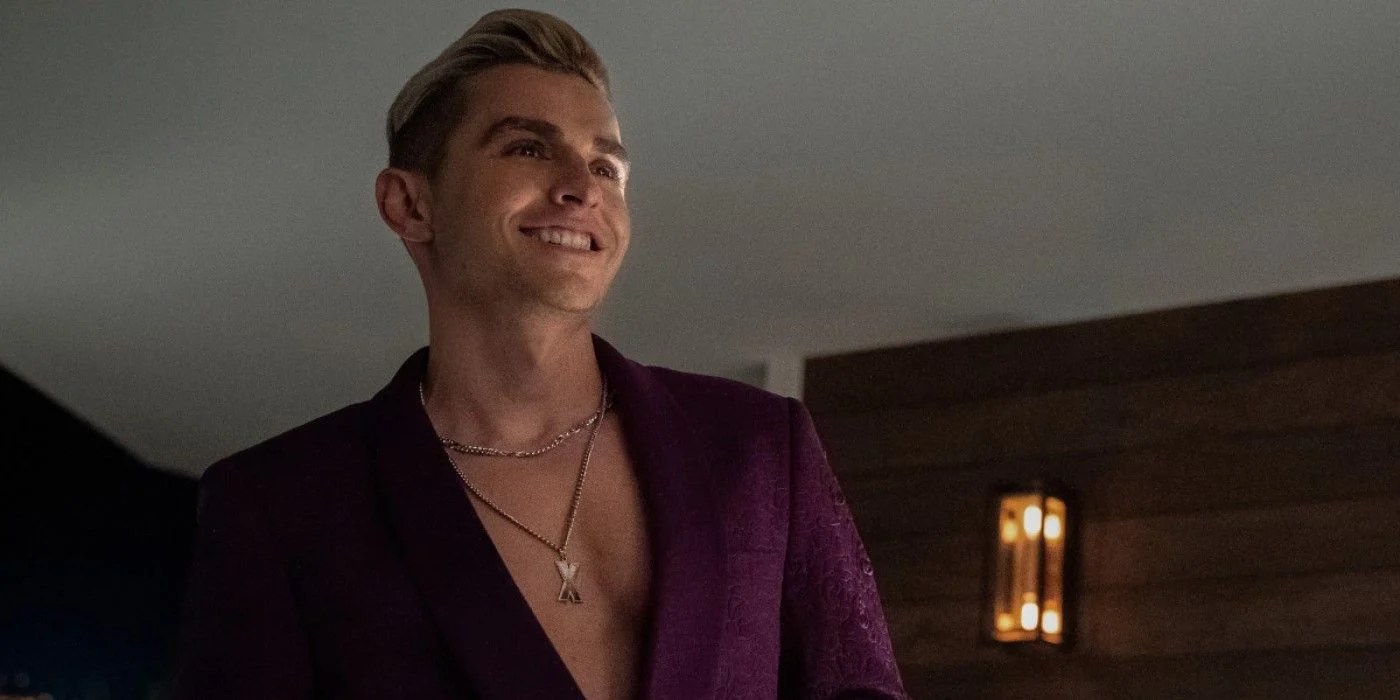 Episode 4 of ‘The Afterparty’ brings us possibly one of the murkiest characters yet as Chelsea (Ilana Glazer) is pulled in by an increasingly irate Detective Danner (Tiffany Haddish). Having seemingly stumbled around drunk for most of the party, Chelsea is the odd one out. However, with her flask found next to Xavier’s (Dave Franco) dead body, she also becomes the prime murder suspect.

The episode is a particularly revealing one, and, as expected, Chelsea is revealed to be a hive of secrets and revenge plots. For a while, it really does appear as if she means to kill Xavier. Did Chelsea do it? And who is the mysterious person threatening her? Let’s dive into ‘The Afterparty’ episode 4 and see what clues we can find. SPOILERS AHEAD.

The episode opens with a quick search for Jennifer #2, who no one has seen for a suspiciously long time. Danner then hauls Chelsea in for questioning, and the spikey class pariah launches into an exaggeratedly dramatic tale. As it turns out, she blames Xavier for all the bad choices that she has made since high school, saying it all began at an as-yet-unknown incident that occurred at the St. Patrick’s Day Party in their senior year of high school.

Much as Danner pushes her, Chelsea doesn’t elaborate on what happened at the party. She does, however, begin to describe how she planned on taking revenge on Xavier for what he did all those years ago. As an incredulous detective listens, we learn of Chelseas’s plot to drug Xavier with cat tranquilizers and take compromising pictures of him (to be later leaked to the press).

As more of the chaotic story unfurls, we also learn of her affair with Brett, which she wholeheartedly regrets, and of a mysterious person that keeps sending her threatening messages. She also reveals spiking Aniq with the cat tranquilizers. However, unbeknownst to either Danner or Chelsea, Aniq is hiding in the adjoining room, listening to their conversation.

As Chelsea’s story continues, we (and Danner) learn that despite Xavier trying to avoid her, his vengeful former classmate was adamant that her plan work. In the flashback, we see her corner Xavier after following him up to his bedroom. She gives him the flask with the cat tranquilizers but changes her mind at the last moment and reveals her plan to him, to which Xavier (in true form) replies that he’s already leaked compromising pictures of himself to the press.

Feeling empowered, Chelsea then goes down to apologize to Zoe, who was Brett’s wife during his affair with the former. The two women soon get along, finding mutual ground in discussing Brett’s abysmal sexual prowess — an experience they compare to being in a construction site. Back in the present, Chelsea finishes her story but accidentally mentions Aniq when Danner continues to press her about the events of the St. Patrick’s Day party. The episode closes with Aniq, face drawings and all, starting to panic as the detective and her deputy begin to look for him.

And so, Chelsea’s murky tale finally gets some clarity, and it becomes clear that she didn’t kill Xavier. Or does it? We know for sure that after seeing the celebrity’s pitiful apology song (which she forces him to sing), Chelsea decides not to go through with her plan. However, she also seemingly leaves the flask containing tranquilizers (marked with a red “X”) with him, telling him to pour the contents down the drain. Despite knowing what it contains, Xavier absentmindedly almost takes a sip from the flask until Chelsea stops him.

It is quite possible he could have made the same absentminded motion after Chelsea left the room, mistakenly ingesting the potent sedatives and falling off his balcony. The emotional words she used while chastising him also seemed to have put the generally shallow and boisterous celebrity in a thoughtful mood, making it all the more likely that he took an absentminded sip. Thus we know for certain that Chelsea didn’t want to kill Xavier. However, she could have very well caused his death with her hipflask full of cat tranquilizers.

What Happened at the Senior Year St. Patrick’s Day Party? Why Does Chelsea Want Revenge?

A very crucial piece of the puzzle, at least for Chelsea’s (and possibly for Aniq’s) story, is the fateful St. Patrick’s Day party in their senior year. Though Chelsea refuses to narrate the incidents to the detective, saying she is trying to move on, we do get a few oblique hints about what might have gone down. Right off the bat, we know that Xavier instigated the traumatizing event. The fact that at the reunion, the celebrity tries to quickly patch up with Chelsea and then spends the evening avoiding her shows that he, too, remembers and feels guilty for what he did.

Aniq is also involved in the mysterious series of events — a hint that we get when he blames Xavier for pranking him “again” after waking up from the effects of Chelsea’s cat tranquilizers at the afterparty. Detective Danner catches the use of the word “again” and seemingly realizes that Aniq was likely pranked by Xavier at the fateful party, which is why he blames the celebrity again when he wakes up with his pants around his ankles and marker drawings on his face.

Though this is the scant extent of how much we learn about what happened at that party, we do know that whatever occurred is crucially important. It apparently resulted in Chelsea’s life unraveling (which is why she wanted revenge), and now it seems like Aniq is also somehow involved in what happened all those years ago.

Of course, it is becoming increasingly clear that most guests had some form of personal grudge with Xavier, giving them a motive. However, this particular instance seems to resonate even with the otherwise oblivious celebrity (since we see Xavier feel guilty about it), making it crucial and also likely the events of the St. Patrick’s Day party will eventually be revealed further.

Read More: Shows Like The Afterparty You Must See