The Apology Ending, Explained: Why Did Jack Kill Sally?

Shudder’s ‘The Apology’ is a 2022 thriller film about Darlene, a mother whose daughter disappeared 20 years ago. When her ex-relative, Jack, her sister’s former husband comes to Darlene’s doorstep, Darlene wonders why Jack’s motive. The latter wants to surprise people for Christmas, but his car breaks down, and he doesn’t know where else to go due to a severe storm.

Darlene and Jack seem to have a lot of history, and since the two reunite after 19 years, their conversation turns nostalgic. As Darlene talks about old times, Jack talks about her daughter, Sally. Soon, Darlene discovers Jack’s true colors, which leads Darlene down a dangerous path. Toward the end, we understand what happened with Sally 20 years ago, why Jack returns, and what he wants Darlene to do. Here’s everything you need to know about the ending of ‘The Apology.’ SPOILERS AHEAD!

‘The Apology’ begins with Darlene and her friend, Gretchen, cooking the Christmas meal at the former’s place. Darlene checks a video of her giving an interview about the disappearance of Sally and helping other families dealing with similar circumstances. After Gretchen leaves, Jack comes to Darlene’s house, and the two catch up. We learn that Jack and Darlene slept with each other, following which Jack left his wife and the entire family. Soon, Jack brings up the disappearance of Sally and asks Darlene what she will do if she ever meets her daughter’s abductor. Jack tries to bring out a dark side in Darlene, and later when the conversation topic changes, he tries to kiss her. 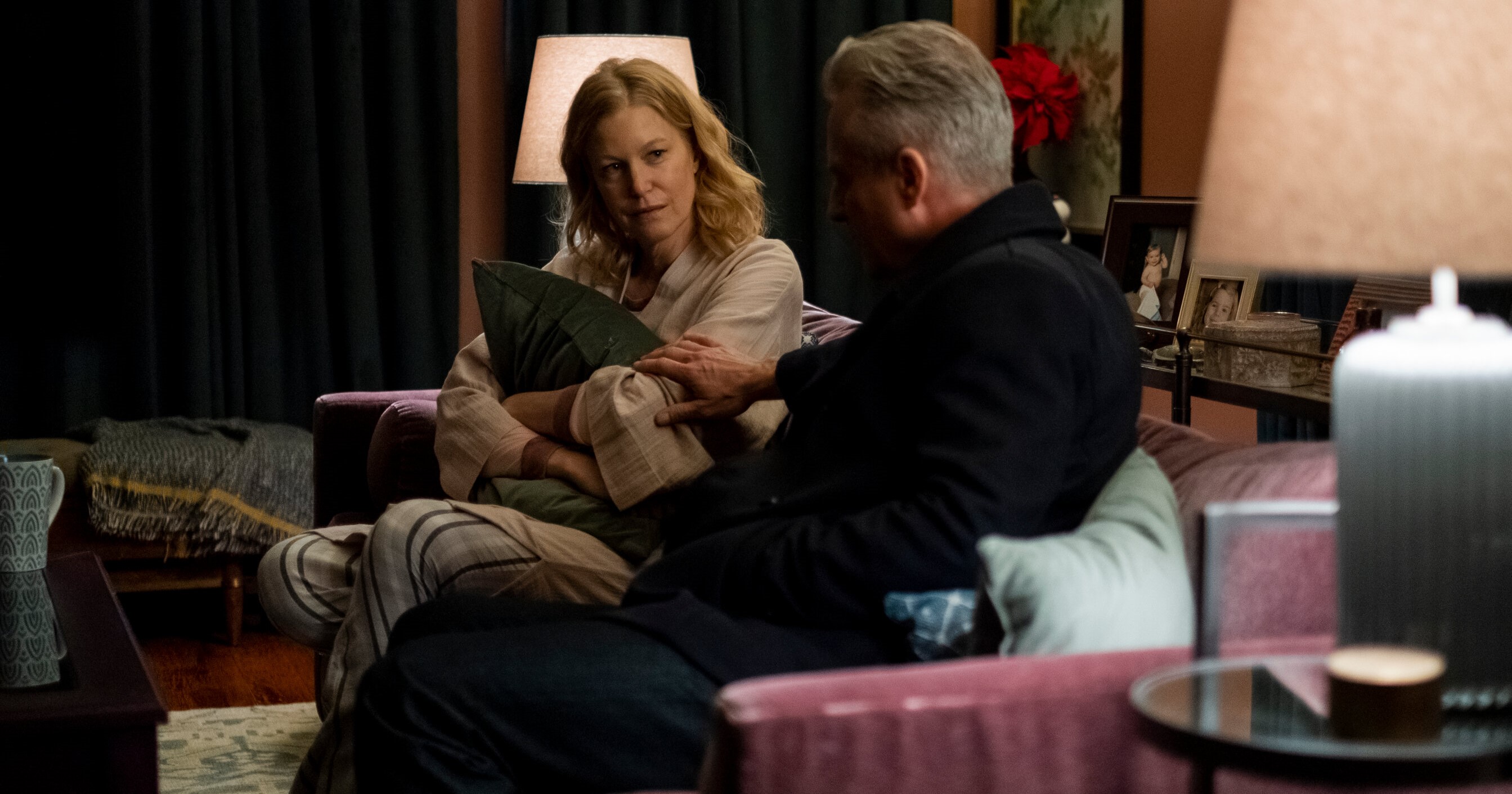 But Darlene refuses, and Jack starts to talk about Sally again. Jack confesses he knows what happened to Sally. As Jack reveals the details, Sally begins to fear Jack and tries to run away. But Jack doesn’t allow her to contact anyone and makes her listen to the complete story. At first, Jack tells how he found Sally walking on the road and decided to give her a ride. He took her to the lake point, and the two kissed as they began to talk. Later, Sally started screaming. To stop her from creating a scene, he placed his hand on her mouth and pushed hard. Due to this, her neck broke, and he ended up killing her.

Although Jack maintains that it was all a big mistake and he didn’t do anything on purpose, Darlene doesn’t believe in him. After a bit of fighting and struggling, Darlene gets control of Jack. She ties him up with zip ties and shoots him in the leg due to her increasing rage. Jack enjoys this and wants Darlene to kill him, but she decides against it. Jack frees himself, chases Darlene, and tries to kill her.

But Darlene manages to escape and ties him up once again. By this time, Gretchen arrives at the house after hearing the gunshot and finds Darlene tying Jack. After Gretchen and Darlene tie Jack, he tells the complete story, but this time, Darlene makes him tell the actual truth. Jack confesses that he raped Sally and killed her. The revelation makes the audience wonder why Jack did so and is left with other questions. Let us shed some light on all of them.

The Apology Ending: Why Did Jack Rape and Kill Sally?

Jack likely raped Sally because he loved Darlene and saw Darlene in Sally. So, in Sally’s moment of vulnerability, Jack takes advantage of her and rapes her. But, when Sally started screaming, he tried to subdue her by placing his hand on her mouth. Unfortunately, Jack applied too much pressure, breaking Sally’s neck. When Jack sees Darlene, he confesses how much he loves her. Numerous incidents in their past point toward this. First, he gifts Darlene a book and some chocolates as part of the reading and eating chocolate family tradition. Darlene reveals that Jack started the tradition by giving everyone a book and chocolates. However, he did so because he didn’t want anyone to notice he was giving Darlene the same gift which meant the most to her. 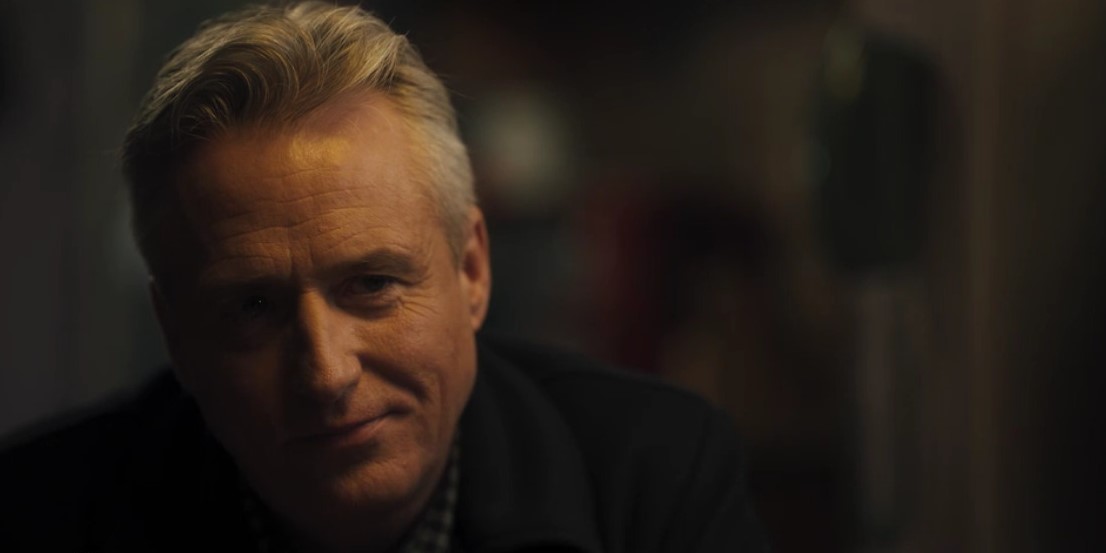 Jack also confesses that he loved Darlene but didn’t ask her to be with him because the two were married to other people. Later, Jack tried to kiss Darlene in the kitchen and would have gone ahead if Darlene hadn’t refused. All these instances prove that Jack was and continues to be in love with Darlene. When the man first narratives the incident with Sally, he says that Sally looked so familiar to Darlene, due to which he let himself go. The statement is a convoluted way of Jack saying that since he couldn’t be with Darlene, he tried to sleep with her daughter, Sally.

As the film progresses, Jack’s statement slowly changes. At first, he says, he and Sally had consensual intercourse before the latter started screaming. However, Jack’s conviction behind the statement begins to decrease as the movie unfolds. The behavioral pattern shows how delusional Jack is. To begin with, Jack believes that Darlene needs closure and sees himself as the hero who provides it. Jack is in denial regarding the incident with Sally because he cannot believe he was wrong and committed a gruesome crime.

Thus, if we look at all the facets, we realize that Jack has always been in love with Darlene. However, since he couldn’t be with her, he chose the second-best option – Darlene’s daughter, Sally. But, after realizing that he raped a 16-year-old girl, who could expose him, Jack couldn’t risk losing everything and decided to calm Sally down. But Sally wouldn’t, so Jack killed her and later buried her in a secret place.

Where is Sally Buried?

Jack buried Sally in the same spot where he raped and killed Sally. Jack’s entire crime was an impulsive act. From the moment he gave Sally a ride in his vehicle, he didn’t know what he was going to do. When Jack hugged Sally while she complained about Darlene’s alcoholism, he mistook it as a sign to proceed further. Once Jack began, he couldn’t stop himself, and when Sally shouted, Jack became alert. He wanted to be safe and not let anyone find out about his actions. So, intentionally or unintentionally, Jack killed Sally and buried her in the same place because he didn’t know any other place and had to act quickly. Thus, Jack buried Sally in the same place where he raped and killed her.

Why Does Darlene Not Kill Jack?

Jack returns to meet Darlene after seeing her recent interview. The man wants to unburden all the traumatic emotions and start afresh. Jack pities himself and believes that he needs to be punished. So, he makes Darlene get in touch with her darker side and begs her to kill him. To Jack, that’s the ultimate punishment that anyone can get. However, Jack is wrong because the ultimate punishment is to spend his time in prison. Jack doesn’t want to take accountability for his mistakes and finds death an escape. But Darlene doesn’t kill Jack. Although she has enough reason, motivation, and drive to kill Jack, she doesn’t shoot him because Darlene wants Jack to face his fate head-on.

Read More: Is The Apology Based on a True Story?