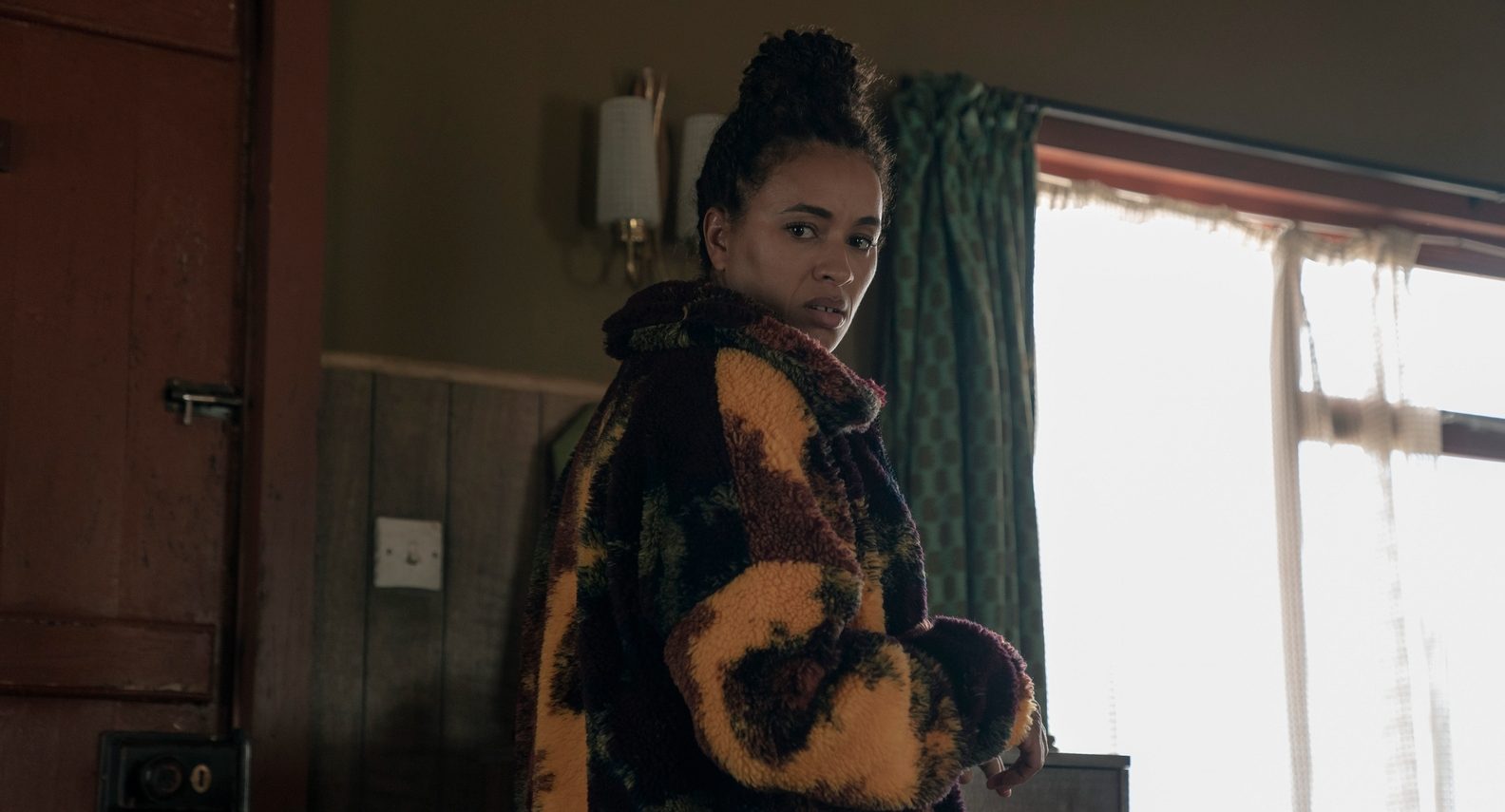 The second episode, titled ‘The Seduction,’ of HBO’s horror series ‘The Baby’ follows a startled Natasha, who gets forced to look after the baby. Scared, she calls her friend Rita to her apartment, only for the latter to misapprehend that the baby is Natasha’s. To hand over the baby to a family member of Lydia, Natasha goes to the deceased woman’s workplace. Meanwhile, a mysterious stranger follows her and the baby. The engrossing episode ends with astounding developments concerning Natasha’s attachment to the baby. If you are interested in a magnified look at the same, let us be your ally. SPOILERS AHEAD.

‘The Seduction’ begins with a woman’s arrival at Lydia’s workplace, a café, before her suicide for a cup of coffee with the baby. The woman eats biscuits and one of them gets stuck in her throat, leading to her death. Rita meets Natasha and offers to take the baby away for a while for her friend to take a bath and have a nap. Scared that the baby will kill Rita, she opposes the idea and asks Rita to leave. Her friend’s misapprehension that she is the baby’s mother leads a panic-stricken Natasha to call Mags to confirm that she isn’t. To put an end to her misery, she finds Lydia’s workplace and goes there with the baby.

Natasha asks the waiter at the café about Lydia’s family to hand over the baby but fails to find any information regarding the same. The waiter’s dog continuously barks at the baby. To stop the dog’s barking, the waiter gives it a ball to play with, which rolls to the road. Natasha, while changing diapers, confirms that the baby is a boy. The waiter talks about the woman who died at the café to Natasha and they end up checking the CCTV footage to confirm that the baby in the footage and the baby with her are the same.

Meanwhile, the dog gets hit by a vehicle and dies on the road. Terrified, Natasha returns to the apartment with the baby. She finds a flash drive by the door of her apartment and goes through the files. She comes across pictures of several women with him, including the ones of the woman who died at the café, Lydia, and her.

The Baby Episode 2 Ending: Does Natasha Get Rid of the Baby? Does She Find Her Way Back to Car?

No, Natasha doesn’t get rid of the baby. After going through the pictures in the flash drive, Natasha’s fear grows beyond what she can handle. She drives to nearby fields to get rid of the baby. The woman’s death at the café affects Natasha severely as she understands that the baby can also kill the woman who nurtures him. The realization forces her to get rid of him one way or the other and she leaves the baby in the fields in a frantic state. However, she doesn’t perceive that her predicament is worse without the baby. She fails to find the way back to her car without him.

Helpless, Natasha goes back to the baby, picks him up, and finds the way back. Natasha realizes that there isn’t any way to escape from the presence and influence of the baby. The more she tries to do it, the more she ends up startled to see his return to her. When Natasha tries to separate him from her, the eerie power of the baby controls the reality to put an end to her efforts. As far as Natasha is concerned, the only factor that keeps her away from death is the baby’s need for her. To not end up like the woman who died at the café, she decides against leaving the baby in the fields.

Who is the Woman in Natasha’s Car?

After deciding to not get rid of the baby, Natasha gets him back and finds the way back to her car. She enters the car and gets astounded to see an old woman, who tells her that they need to talk. The old woman is Mrs. Eaves, who has followed Natasha and the baby to the café and to the fields, which indicates that she is associated with the baby and has been following Natasha for a considerable time. Mrs. Eaves can also be the person who left the flash drive, which contains the baby and his caretakers’ images, by the door of Natasha’s apartment.

Mrs. Eaves must be someone who knows the history of the baby. The images in the flash drive suggest that the woman has been in pursuit of tracking the mysterious boy to possibly help Natasha to handle him, maybe as she had tried with other women as well. The flash drive and the talk she demands with Natasha also display her willingness to help. However, it is perplexing that Mrs. Eaves has managed to stay alive after years of following the baby, especially when several others have died just because of being in his presence.

It wouldn’t be a surprise if the woman, like the baby, is more than a human being. On the other hand, Mrs. Eaves must have lost someone due to the baby, which likely motivates her to stop him from killing more people. She may team up with Natasha to terminate the evil force that possibly resides in him to save themselves and the people around them.