The Big Brunch Season 1: Where Are the Chefs Now?

HBO Max’s ‘The Big Brunch‘ is an interesting competitive reality cooking show that combines top chefs from the culinary industry before pitting them against each other in a battle for glory. While the chefs on the show share the similar aim of giving back to their communities, they face one another in a series of increasingly complex challenges designed to test their technique, skills, and mettle. Eventually, a single chef is eliminated after each episode, and the last one standing is crowned the winner.

Season 1 of ‘The Big Brunch’ proved exciting and introduced us to memorable chefs such as Daniel Harthausen, Roman Wilcox, and Danielle Sepsy, among others. Hence, with the cameras now turned away, fans are eager to find out where they all are. Well, fret not because we come bearing answers.

Where Is Nadege Fleurimond Now?

Nadege Fleurimond came onto the show to compete with the best. She genuinely impressed the judges with her skills in the initial days of the competition and produced quite a few breathtaking dishes. Unfortunately, Nadege’s efforts eventually fell short, and she was eliminated in episode 2. She resides in Brooklyn, New York, where she owns and operates her restaurant, Bunnan BK, in the Flatbush Central Caribbean Marketplace.

Additionally, Nadege has been running her own catering business, Fleurimond Catering, since 2002; she operates the event management company Fetes de Fleur and owns the company Fleurimond, LLC, through which she provides business strategies and guidance to up-and-coming entrepreneurs. Furthermore, Nadege has worked as a motivational speaker and even wrote two books, ‘Taste of Solitude,’ and ‘Haiti Uncovered.’

Where Is Chef J Chong Now?

Immediately upon her arrival, Chef J Chong proved that she was a force to be reckoned with by wowing the judges with her incredible talent. While most of her dishes were perfect, fans were amazed by her attention to detail. Hence, no one was surprised when she excelled in the semi-final and was announced as one of the finalists. Readers will be interested to know that even after being a successful chef, J Chong does not have a permanent restaurant of her own.

The reality TV star resides in Asheville, North Carolina, and specializes in designing and running Cantonese pop-up restaurants, which remain active for a short period. Recognized as one of the best Cantonese chefs in the city, J Chong’s pop-ups often sell out months before the date, with people returning high praises for her food. Additionally, J Chong is a strong and vocal advocate for the LGBTQ+ community.

Where Is Chef Danielle Sepsy Now?

Danielle Sepsy impressed both fans and judges with her cheerful yet determined attitude. Though a baking expert, she proved she wasn’t any less when it came to other cuisines and earned a much-deserved spot in the final. Currently, Danielle runs a popular social media and YouTube account where she posts delicious recipes for her fans to follow.

The chef resides in Garden City, New York, where she owns and operates her wholesale and online catering business, The Hungry Gnome Catering & Baked Goods. Additionally, we are happy to report that Danielle is happily married to Daniel Sepsy, and the two completed three years of their marriage in June 2022.

Where Is Chef Catie Randazzo Now?

A delightful and down-to-earth individual, Chef Catie Randazzo became an instant fan favorite because of their never-give-up attitude. Besides, they even proved their worth in the competition through brilliant performances but eventually got eliminated in episode 4. Catie resides in Los Angeles, California, where they run their Santa Monica-based cafe, Huckleberry Bakery & Café.

Incidentally, Catie prefers to keep their personal life private and maintains a limited presence on social media. However, they describe themselves as a Queer/Trans/Non-Binary Educator and mention that their cafe is a part of the Rustic Canyon Family of restaurants, which sources fresh ingredients from the local farmer’s markets.

Where Is Chef Daniel Harthausen Now? 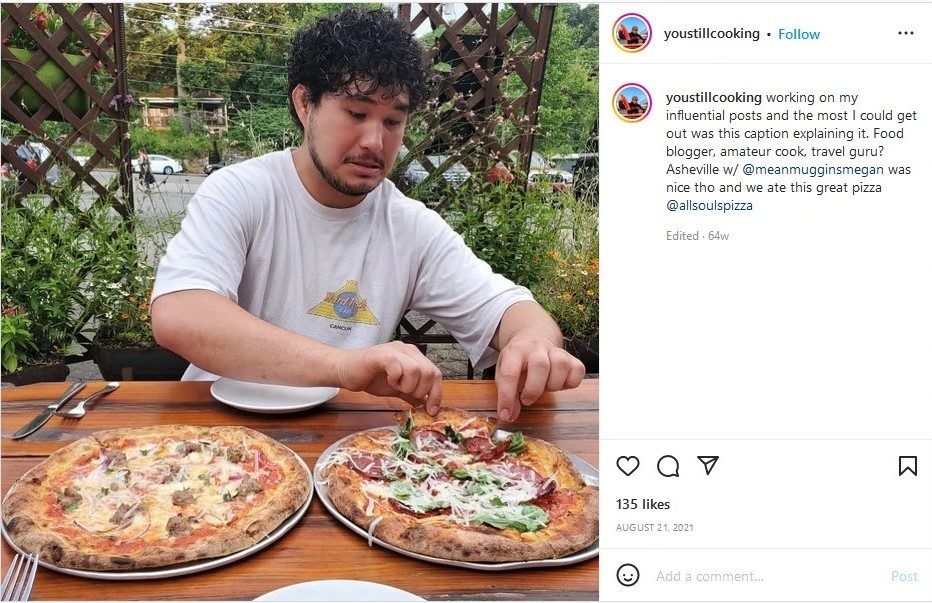 Chef Daniel Harthausen’s optimistic attitude and outstanding skill made him a standout contestant on ‘The Big Brunch’ season 1. The judges were seriously impressed with his commitment to the series, and after performing brilliantly in the final, he could claim the crown in the season finale. Currently, Daniel resides in Richmond, Virginia, where he runs the massively popular pop-up restaurant Young Mother.

While reports claim that Young Mother often witnesses enormous lines of customers waiting to taste the food, Daniel states he loves to showcase his Korean roots through his cooking. Besides, we are happy to report that the chef is in a happy relationship with his partner, Megan, and often shares their wonderful memories on Instagram.

Where Is Chef Kip Poole Now?

A promising contestant on ‘The Big Brunch’ season 1, Chef Kip Poole, proved that he was a force to be reckoned with through his consistent performances. While the judges praised his ideas and skill, he eventually fell short in episode 3 and was eliminated from the competition. Currently, Kip resides in Norfolk, Virginia, and works as the executive chef of the Commune Restaurant.

The reality star has an outstanding reputation as a chef, and sources mention how people often wait hours to taste his fantastic food. Moreover, Kip also owns and operates his company, The Crop Foundation, through which he offers scholarships and other forms of help to high school students who aspire to make it big in the culinary industry.

Where Is Chef Antwon Brinson Now?

Chef Antwon Brinson’s happy-go-lucky attitude and ability to tackle any challenge seriously impressed the judges on ‘The Big Brunch’ season 2. He was also quite adept at his job, and his performance quickly placed him in the top five. Sadly, Antwon was eventually bested in episode 7 and had to leave the show. Currently, he resides in Charlottesville, Virginia, where he acts as the president of his own company, Culinary Concepts AB LLC. Through Culinary Concepts, Antwon provides valuable mentorship to anyone looking to earn a name in the culinary industry.

Where Is Chef Kelly Jones Now? 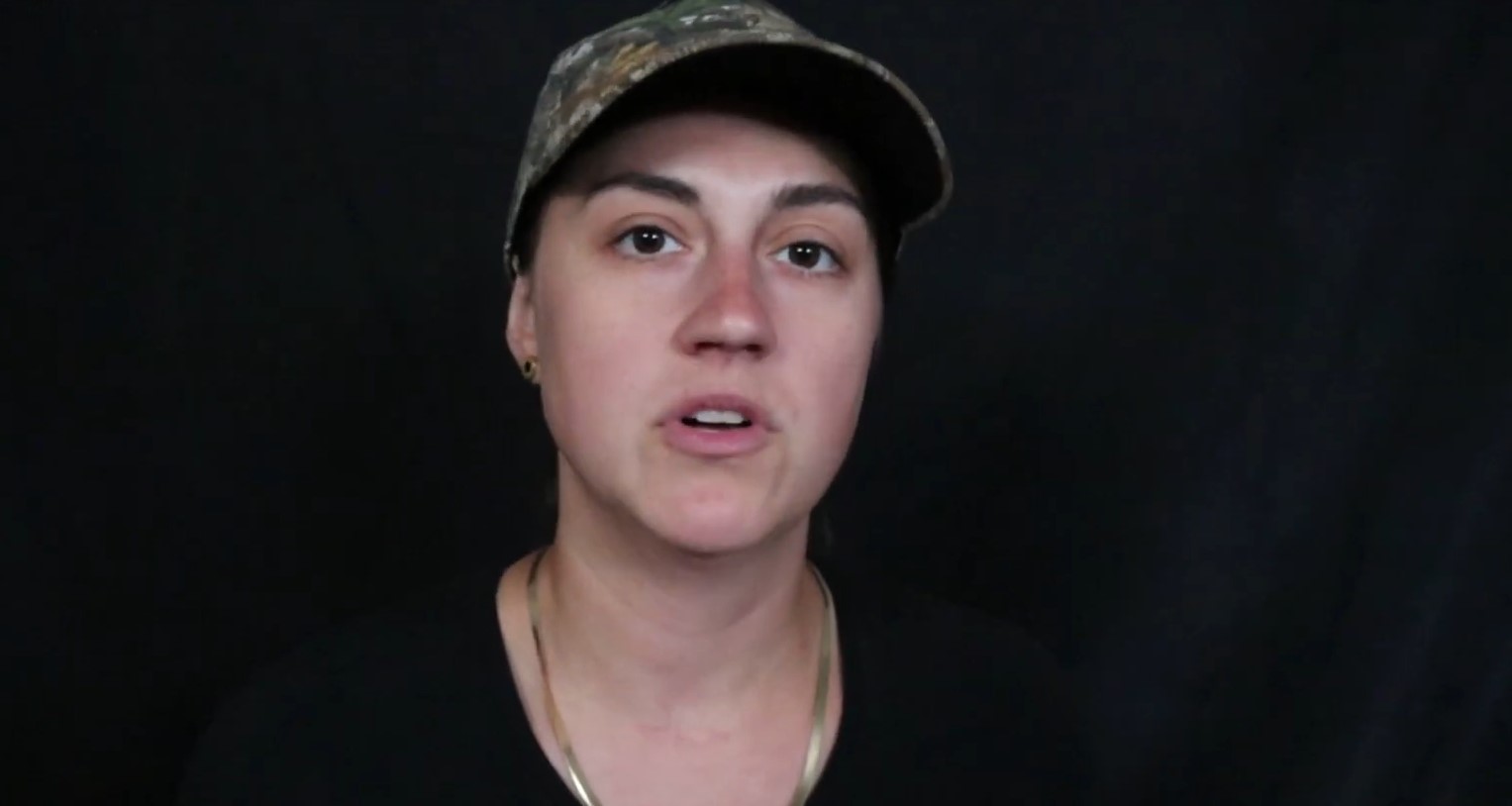 Although Kelly’s time on ‘The Big Brunch’ season 1 was relatively short, she managed to impress fans and wins hearts through her cooking. Sadly, the judges determined that her dishes weren’t up to par, so she was asked to return home at the end of the first episode. Currently, Kelly resides in Brooklyn, New York, and has earned quite a bit of fame as a top-rung chef.

Kelly has been talked about in numerous publications and was even the featured chef for the Museum of Food and Drink at a pig roast event in 2016. Nevertheless, she now works as the creative director and executive chef of the Shibumi Jones Supperclub, located in New York’s Hudson Valley. Additionally, Kelly mentioned that she hosts dinner parties with Orange County Distillery at Brown Barn Farms and sources all her ingredients from local farmers’ markets.

Where Is Chef Roman Wilcox Now?

Chef Roman Wilcox’s cheerful nature made him an instant hit with fans. Furthermore, it did not take long for him to prove himself in the kitchen, and the chef was eventually selected as one of the top five. Albeit in the semi-final, Roman’s performance was judged to be lacking, and he had to return home in the end. Currently, Roman resides in El Paso, Texas, with his loving wife, Adriana Wilcox; the pair own One-Grub Community, a one-of-its-kind community cafe that is also the city’s first to serve 100% plant-based food.

In addition to the restaurant business, Roman and Adriana started the Planty for the People initiative, encouraging others to grow their food. Determined to give back to the community, the reality TV star introduced a pay-it-forward system at his cafe where patrons can donate whatever they feel like, and the money goes towards meals for the needy.

Where Is Chef Mason Zeglen Now?

A wonderful human being and an equally excellent chef, Mason Zeglen was an extremely promising contestant on ‘The Big Brunch’ season 1. He even produced several mouthwatering dishes, and the judges were in awe of his technique. However, Mason ultimately fell short in episode 5 and was subsequently eliminated.

Currently, Mason resides in Surfside Beach, South Carolina, and was the previous executive chef at Barley and Vine/Revelry in Montana. Nevertheless, he has since started his establishment, Milk & Honey Coffee Cafe, and is in a happy relationship with Alison Jeanette. Besides, Mason loves life outdoors and is always on the lookout for some adventure, and we wish him the very best for the years to come.

Read More: Where Is The Big Brunch Filmed?