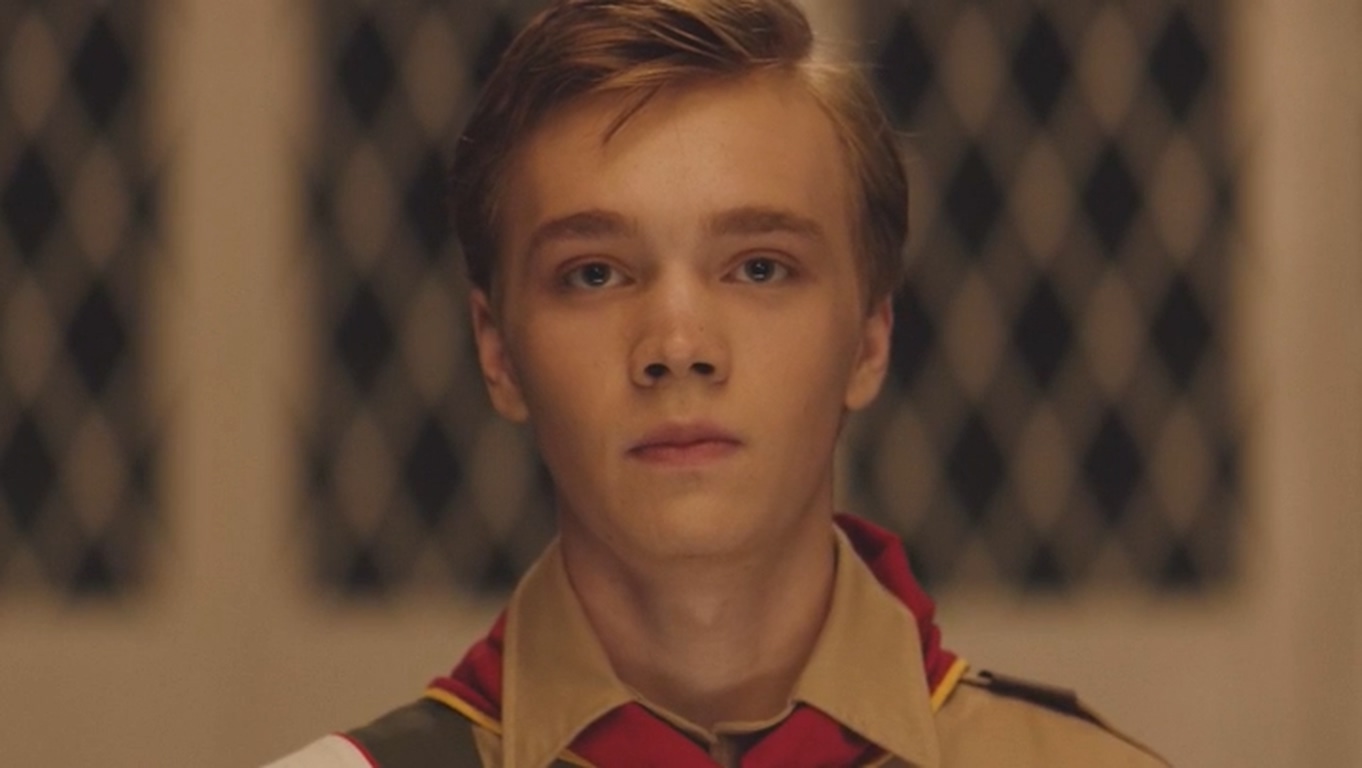 Helmed by Duncan Skiles, ‘The Clovehitch Killer’ is a slow-burning and suspenseful thriller that attempts to unveil the sickening aberrations of the warped mind of a serial killer. Featuring Dylan McDermott (‘The Practice’), Charlie Plummer (‘Boardwalk Empire’), and Madisen Beaty (‘The Curious Case of Benjamin Button’) in pivotal roles, the drama unfolds a mystery of unimaginable intrigue. Blending genre elements of coming-of-age and horror, the narrative revolves around a gloomy small town haunted by the memory of the titular serial killer who disappeared a decade ago.

The present-day story follows Tyler Burnside, a teenager who comes to know of a devastating truth that hides in plain sight. The mystery is solved in the final moments, and while the film does not give away a sense of closure, the cathartic effect of the film leaves the viewer numbed to the core. If you are left pondering upon the final moments of the film while questions pop up in your mind, we hope to clear some of those doubts. SPOILERS AHEAD.

The film opens with a grieving ceremony in the small township of Clarksville, Kentucky. The residents of the town gather to remember the victims of the infamous Clovehitch Killer. The killer is recognized by his signature clove hitch knot, with which he binds and tortures his victims, all of them middle-aged females. After taking 13 lives, the killer disappeared, which was around ten years before the timeline of the film. After setting the premise, the camera closes in on Tyler Burnside, a boy scout in his late teens, who takes orders from his troop leader Don, who is also his father. 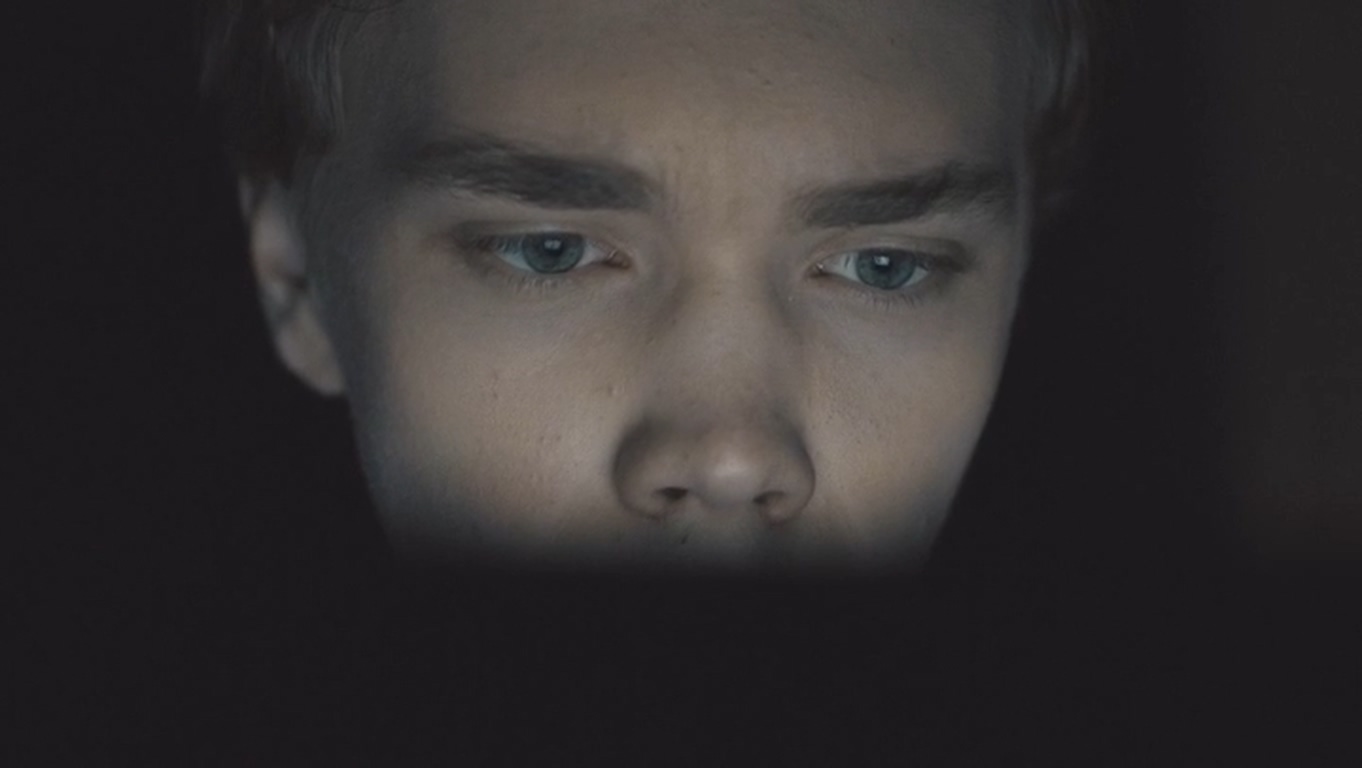 After getting a text from his girlfriend Amy, Tyler sneaks out of his room dead at night and takes his father’s truck to meet her. Tyler and Amy kiss hesitantly, but before they can move forward with their liaison, Amy comes across a magazine cutting of a ball-gagged woman from under the seat. Everyone in Tyler’s friend group is led to think that Tyler is a pervert, and he is seemingly ostracized in his Friends Circle. The Burnside family is devoutly Christian, and Tyler seems to have been brought up under strict parenthood. The finding of the image disturbs Tyler more since it paints quite a forbidding picture of his father.

Tyler breaks into Don’s shed and finds a Polaroid photo of a bound and incarcerated woman named Nora from a box hidden underneath the floor. The woman in the image is Nora Devlin, a victim of the Clovehitch killer. Suspecting a sinister secret behind the caring and frolicking father figure of Donald Burnside, Tyler confides in another outcast teen, Kassi, who knows a hell lot about the killer. Tyler takes Kassi to meet his parents and divulges his suspicion at an opportune moment on their way back. Kassi is skeptical at first, but she comes back to Tyler’s place, and together they investigate the shed.

They find a blueprint of what looks like a dungeon, and Tyler follows the blueprint to break into the crawlspace of their residence. He finds more polaroid photos, driver’s licenses, and magazines. Don finds out about Tyler’s investigation, takes him camping, and tries to convince him that the killer is his uncle Rudy, who uses a wheelchair. Tyler half-heartedly believes his father, but Kassi finds loopholes in Don’s story. Don allows Tyler to go to a leadership camp and sends his wife and daughter to his mother-in-law’s.

Alone at home, Don cross-dresses as a woman and takes self-shots with his camera. While in the middle of the act, he gets a surprising visit from Kassi, who leaves almost as soon as she comes walking through the door. Don meets a woman at the convenience store and follows her. Later, he breaks into the woman’s home, attempting to convince her that he’s a robber on the run. He asks for the car keys and goes on to torture her, reassuring the woman throughout the act. But then, to Don’s dismay, Tyler walks in, pointing a gun at him. Will Tyler be able to do the right thing?

A scout is a friend to all and a brother to every other scout, thus goes the first law of the scout. A disciplined scout and the son of a devoutly Christian family, the revelation about Tyler’s father comes as nothing less than a shock to him. Imagine yourself in a position where one day, you find out that the father who reared you with gentleness and care is a serial killer. Also, gullible Tyler is easily manipulated, as shown from the very beginning of the film. Tyler believes Don’s story when he suggests that uncle Rudy is the Clovehitch Killer. 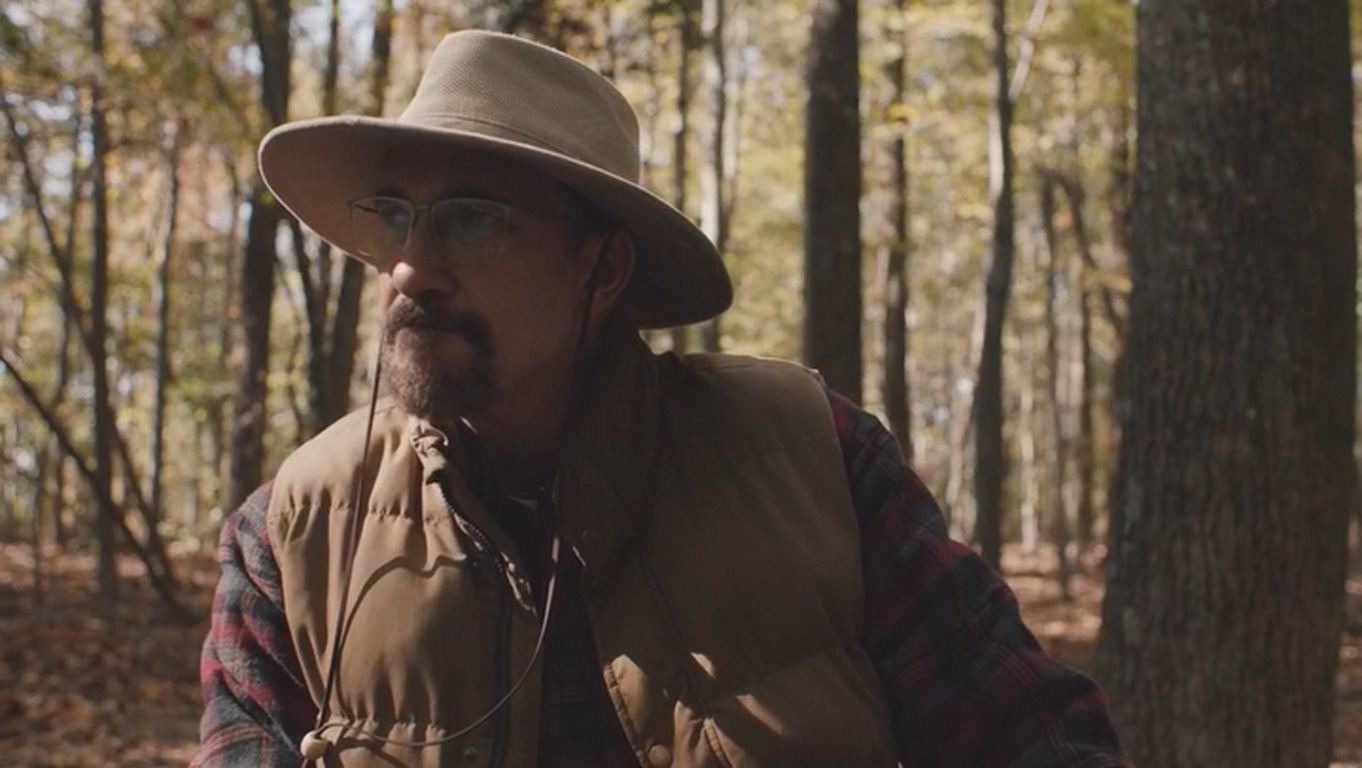 Don is seen as an overbearing and manipulative person whose inner torment doesn’t care for the family. He pulls a few strings to have the house all to himself, and in the absence of other family members, we come to see a darker side of him. However, Tyler does not go to the camp as intended. While Don prepares for another kill, Tyler visits Kassi, and together, they follow Don to the house of the woman. But in the moment of confrontation, Don lies to Tyler and says that he is having an affair with the woman and doing what he calls “kinky stuff” while the woman lies tied and gagged on the floor.

Don’s manipulation seemingly confuses Tyler, and he lowers the gun. Don smashes the head of Kassi onto a wall, takes the gun from Tyler, and goes on to shoot him. However, the plot twist is that the gun has no bullets in it. Don and Tyler engage in a fistfight of their own, and before Don can hurt Tyler badly, Kassi hits Don on the head with the back of a table lamp. The scene cuts to a missing poster of Don, and we are to assume that Don did not have a happy ending.

However, we are left to speculate about Don’s death until the nick of time, where we see a body being dragged through the ground. Kassi and Tyler put Don on a chair. He has a head injury but is not dead yet. In the final moment, Tyler holds a gun against his neck. While we don’t know whether or not Tyler pulls the trigger this time, but the simultaneous scene where Tyler bereaves the death of his father leads the audience to think that the disgraceful father is dead.

Is Don The Clovehitch Killer? Who is Lucky? 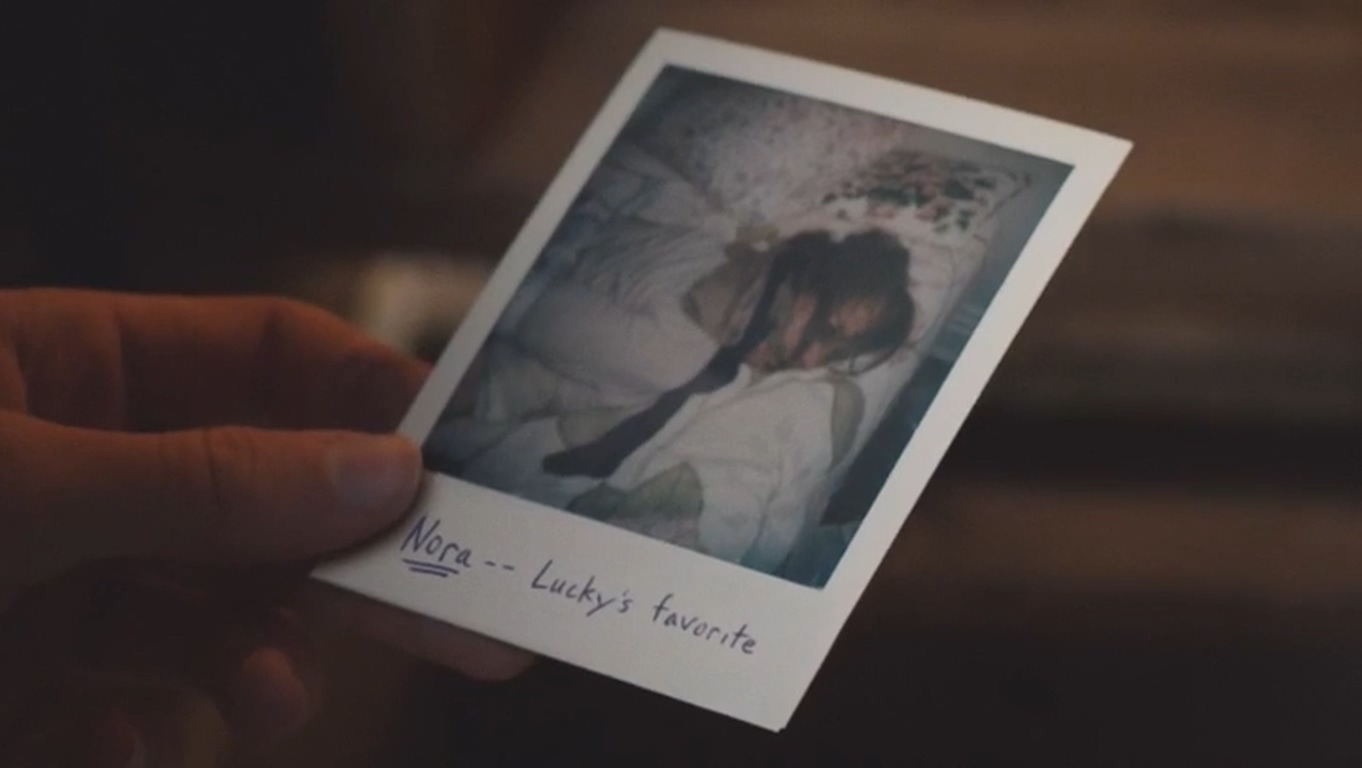 However, at the beginning of the film, where Tyler discovers the photo of Nora Devlin, he also comes across the name Lucky. Who is Lucky? We are made to wonder. But in due time, we come to realize that Lucky is the name of Don’s alter ego. Don has another persona which is that of a female. It may be that Don’s disturbance comes from a gender conflict coupled with his rigid religious upbringing. Taking cues from the sexual overtones of the murders, we conclude that Don suffers from a deep-rooted psychological disturbance. The final giveaway of the identity of Lucky is the scene where Don smells the hair of the abducted woman and says, “Lucky likes your shampoo.” We come to realize that Lucky and Don are the same people.

Why Does Tyler Not Disclose The Truth About His Father?

In a scene into the middle of the film, the priest tells the biblical fable of the prodigal son. The prodigal son returns home, and God, the father, opens his door to let him enter. The fable has manifold significance in the context of the narrative. Don is an overarching figure in the life of Tyler. Don is the leader of his scout troop as well as his dictatorial father, who can divert Tyler’s course of thought and action with just a few spoken words. 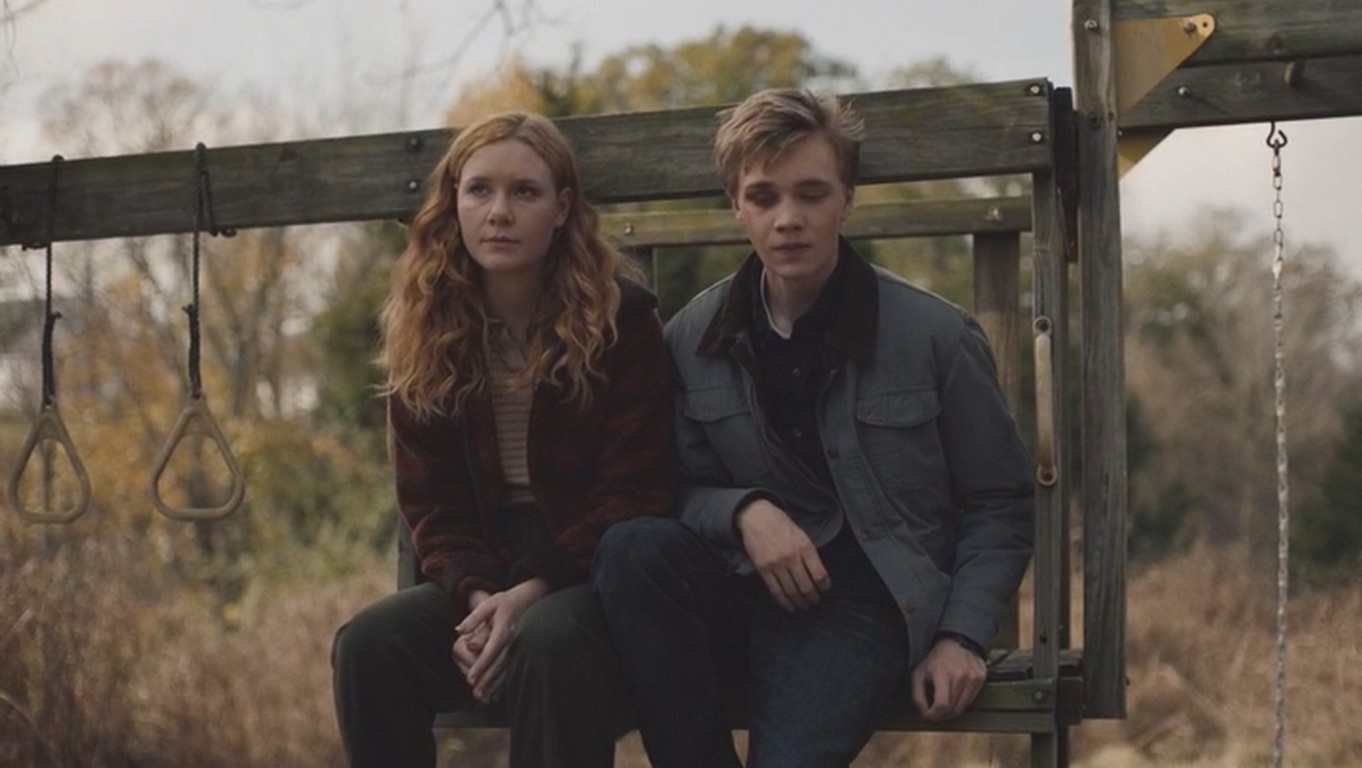 Owing to his oppressive and strict upbringing, Tyler does not seem like the rebel type, other than his benign nightly escapades. But as Freud pointed out in his formulation of the tripartite structure of the mind, Christian theology is governed by a rivalry between the father and the son, which plays out articulately in the film. The creepy and perverse fetishes of Don come as a shock to Tyler, who tries to look the other way despite all the red flags.

However, when he comes to realize the truth, it is so horrific that it may destroy the family’s reputation forever. In the end, then, Tyler does what needs to be done and shields his family from the disquieting truth. The finality of the film sees Tyler coming of age as he discloses to his mother that he has found a job. But Tyler’s moral and psychological transformation is not the yellow-tinted American dream; it is rather the shattering of it.

Read More: Where Was The Clovehitch Killer Filmed?