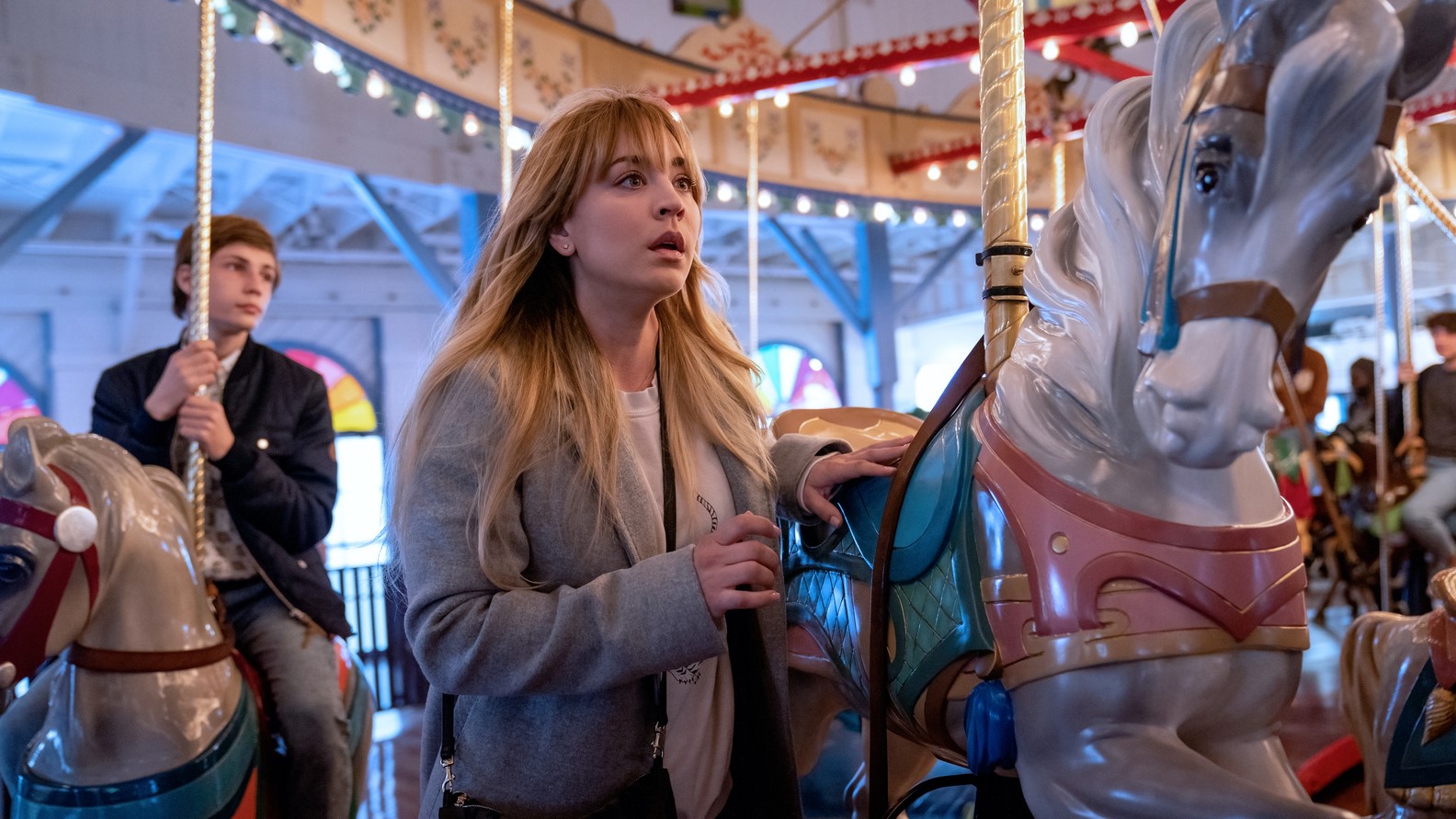 In the penultimate episode of the second season of ‘The Flight Attendant,’ titled ‘No Exit,’ Cassie (Kaley Cuoco) learns that she might be the final target of the mysterious woman pretending to be her. She and her friends figure out where the last slide in the View-Master was taken. Annie and Max get their ring back, while Cassie receives cryptic messages from Davey. Elsewhere, pushed to the corner, a desperate Megan continues to fight back. Here is everything you need to know about the ending of ‘The Flight Attendant’ episode 7. SPOILERS AHEAD.

The episode begins with Cassie in a car with Shane. Although Shane doesn’t readily forgive Cassie for telling his partner that he is a CIA operative but he acknowledges her apology. They visit the boat, the registration number of which is in the View-Master, and discover three bodies, including Agent Jones. The other two deceased — a man and a woman — were most likely CIA agents as well and worked with Ben. Cassie and Shane eventually go back to Cassie’s home, and Cassie ends up revealing to Max and Annie that Shane is CIA, much to the irritation of the latter.

Cassie and her friends find the bloody dagger the doppelganger left at her home after murdering two CIA agents at Echo Park. Understandably, Cassie is terrified. She is transported back into the Mind Palace, where she is greeted by the inner version that told her to kill herself. That “Cassie” continues to goad her. In the real world, Cassie decides to go to Santa Monica Pier and face the murderer.

Meanwhile, a North Korean agent succeeds in catching Megan off guard. However, Megan turns the table on him and knocks him out with a car wrench. She calls Cassie and asks her to arrange a meeting with Shane. As Megan drives toward the airport to go to California, a police officer questions her about parking in the wrong place. Megan doesn’t have any papers on her. And if the officer searches the car, she will find the North Korean agent in the trunk. Realizing that the officer is a mother, Megan convinces her to let her go.

The Flight Attendant Episode 7 Ending: Who Is Pretending to Be Cassie? Who Is the Doppelganger?

The penultimate episode finally reveals the identity of the person pretending to be Cassie and killing people. It’s Grace St. James (Mae Martin), the very first person Cassie ever suspected. At the Santa Monica Pier, Cassie spots who she believes is the doppelganger and begins following her. She later runs into Ben. Thinking that he is the mastermind setting her up, Cassie runs to one of the rides and gets on. She is transported once more to the Mind Palace, where the teenage “Cassie” leads her to her “mother,” who assures her that she loves her.

In the real world, just as Cassie is about to get off the ride, Grace appears. Cassie manages to get back into the ride along with Grace. She also ensures that people know that she is up there, completely unraveling Grace’s plans. Up on the ride, Cassie tries to reason with Grace, but it becomes quickly apparent that the other woman thinks that she no longer has any choice. Grace puts her gun to her temple and kills herself. When their gondola reaches the ground, Cassie has blood on her face.

Who Was Grace Working for?

This episode seems to imply that Grace was working for Dot. Cassie tells Dot where she is, and Grace shows up not long after. But it can be a classic case of distraction on the writers’ part to hide the identity of the real mastermind. As this episode proves, it definitely isn’t Ben. He not only gets stabbed but also Grace expresses genuine surprise when Cassie accuses her of working for Ben. This leaves Jenny as one of the possible suspects. From the beginning, her interest in Cassie seems to be quite odd. She even befriends Davey and convinces him to speak to her. It is quite possible that Lionfish, the shadowy organization from season 1, is behind all this. While they haven’t made an appearance in season 2, they have both the resources and motive to come after Cassie.

Read More: What Happened to Cassie’s Dad in The Flight Attendant? How Did He Die?