The Flight Attendant Season 2 Episodes 3 and 4 Recap and Ending, Explained 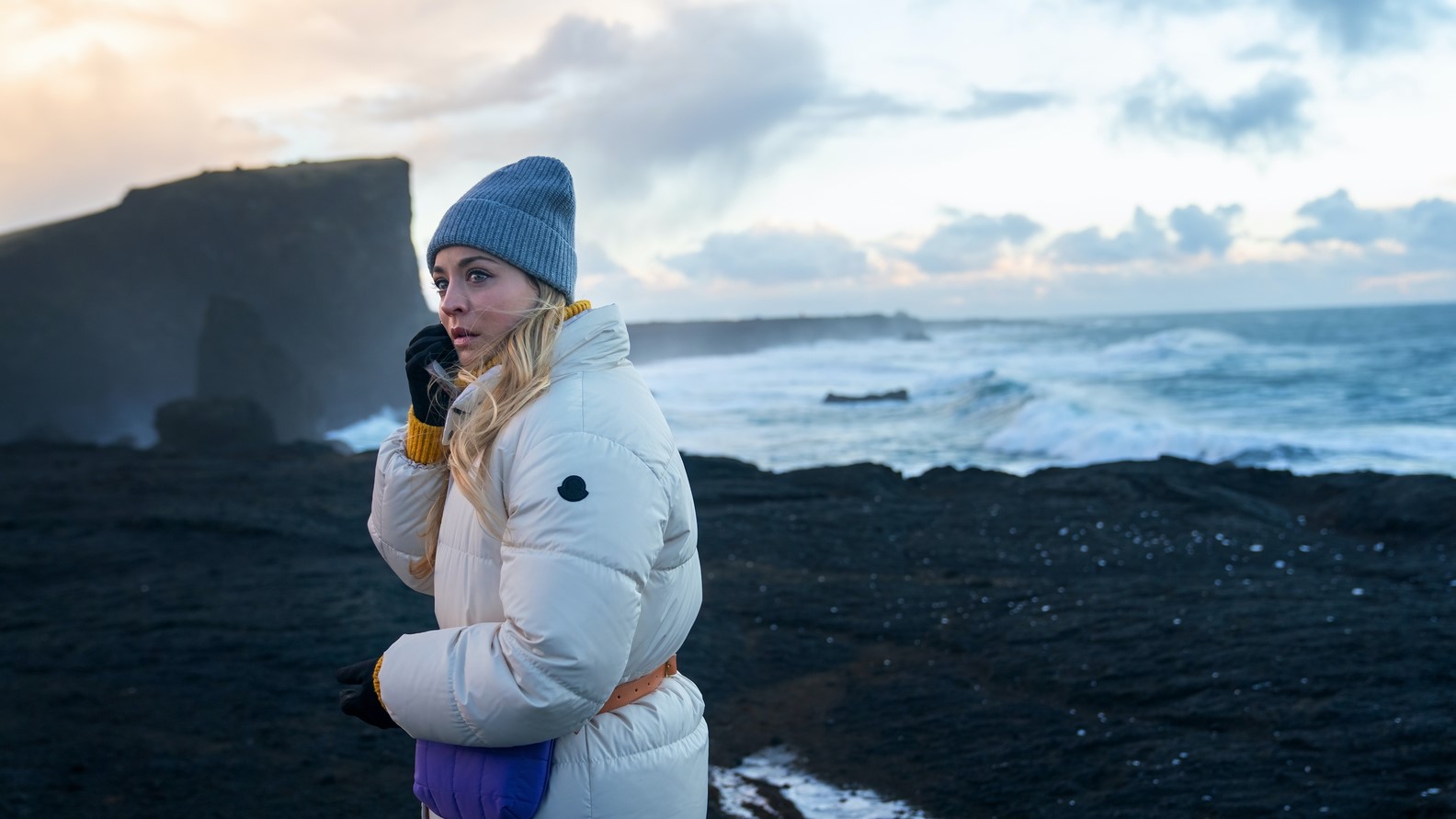 In the third and fourth episodes of ‘The Flight Attendant,’ titled ‘The Reykjavik Ice Sculpture Festival Is Lovely This Time of Year’ and ‘Blue Sincerely Reunion,’ Cassie (Kaley Cuoco) travels to Reykjavík, Iceland, incorrectly deciphering Megan’s (Rosie Perez) coded message. Gabrielle (Callie Hernandez) and Esteban Diaz (J.J. Soria) interrogate Max (Deniz Akdeniz) and Annie (Zosia Mamet).  A main character from the previous season makes her return. Here is everything you need to know about the ending of ‘The Flight Attendant’ season 2 episode 4. SPOILERS AHEAD.

Cassie always seems to be on the verge of an emotional breakdown. Granted, the situations she finds herself in don’t help the matter, but she has this tendency to do things entirely on a whim, and it often lands her in said situations. In episode 3, instead of dealing with Marco’s (Santiago Cabrera) suggestion that they should move in together or the fact that there is a woman going around pretending to be her, Cassie goes to Reykjavík after incorrectly solving the emoji puzzle that Megan sent, believing that her friend wants the puffin keychain to be urgently brought to her in the Icelandic capital. Cassie blackmails a fellow flight attendant to get the latter’s jump seat but discovers that Shane (Griffin Matthews) is also on that flight. Given that Shane is a CIA operative tasked to find Megan, Cassie realizes that this isn’t a mere coincidence.

After arriving in Reykjavík, Cassie tries to avoid running into Shane while looking for Megan. Meanwhile, in the US, Annie meets Max’s parents, and it turns into a disaster. She takes off her wedding ring before entering their house and becomes increasingly uncomfortable as Max’s mother keeps talking about fertility and grandchildren. After Max and Annie go back to Cassie’s place, Gabrielle and Esteban take them captive.

Cassie eventually finds Megan at a bar called Blue Sincerely. In episode 4, an exasperated Megan reveals that she didn’t want Cassie to bring the key chain to her. Cassie was meant to take it to their mutual friend Cherry, who works at a strip club on Long Island. The key chain has a key to the lockbox where Megan has stashed all the evidence she has accumulated against the North Koreans. In season 1, Megan stole sensitive information for the North Koreans, thinking that she was only committing corporate espionage. When one of the North Korean agents points his gun at Cassie and Megan, Miranda (Michelle Gomez) shows up and kills the man. After successfully evading other North Korean agents with Miranda’s help, Cassie convinces Megan to return to the US with her.

The Flight Attendant Season 2 Episode 4 Ending: Who Are Gabrielle and Esteban Diaz?

It is revealed that Gabrielle and Esteban Diaz are bounty hunters. After Megan fled, the North Korean declared a $500,000 bounty on Megan. And this is what they are seeking to collect. They have no interest in Cassie personally but have correctly deduced that she has maintained some contact with Megan. They beat up Max and threaten to do worse, but find the envelope that Megan sent and realize that their target is in Iceland. Ironically, as they travel to Reykjavik, Cassie and Megan return to the US.

Who Is the Woman Pretending to Be Cassie?

Until now, Gabrielle has been the biggest suspect of being the woman masquerading as Cassie. But episode 4 proves that it can’t be her. While Cassie is in Iceland, she learns that someone has used her credit card information to buy certain things from a hardware store. After Cassie lands in the US, she discovers that those very things have been used to kill two people. Their bodies have been found in Echo Park Lake. Cassie realizes that she immediately needs to go to the CIA with everything she now knows. She later learns from Ben that those two aforementioned people were CIA agents.

With Gabrielle not being the pretender, we are back to square one and Lionfish. Its employees might have the necessary motive to go after Cassie, most likely to flush out Miranda, who apparently has set up her own organization of killers with the money. The killer even carries the same type of dagger as Miranda. And we know that it can’t be Miranda herself because she is in Iceland at the time of the murders.

Why Are Things Falling Apart in Cassie’s Mind Palace?

In season 2, Cassie’s “mind palace,” the imaginary space that she returns to process everything that has happened to her, isn’t occupied by Alex but by different versions of herself. In episode 4, she sees her teenage self trying to put together a puzzle version of Hallgrímskirkja, a real-life Lutheran church situated in the Icelandic capital. She also meets a version of herself that she could have been if she had made better choices. Soon, water starts leaking into the mind palace, representing how barely Cassie is holding herself together.

When she goes to see Ben, he is drunk, vulnerable, and grieving after losing two of his operatives. The old Cassie emerges from within the protagonist. She has sex with Ben, whose breath reeks of alcohol, fully knowing she is imploding her current life. This is reflected in the mind palace as the lights start blinking, and the Better Cassie throws away her gigantic engagement ring, makes the finished Hallgrímskirkja puzzle fall apart, and departs.