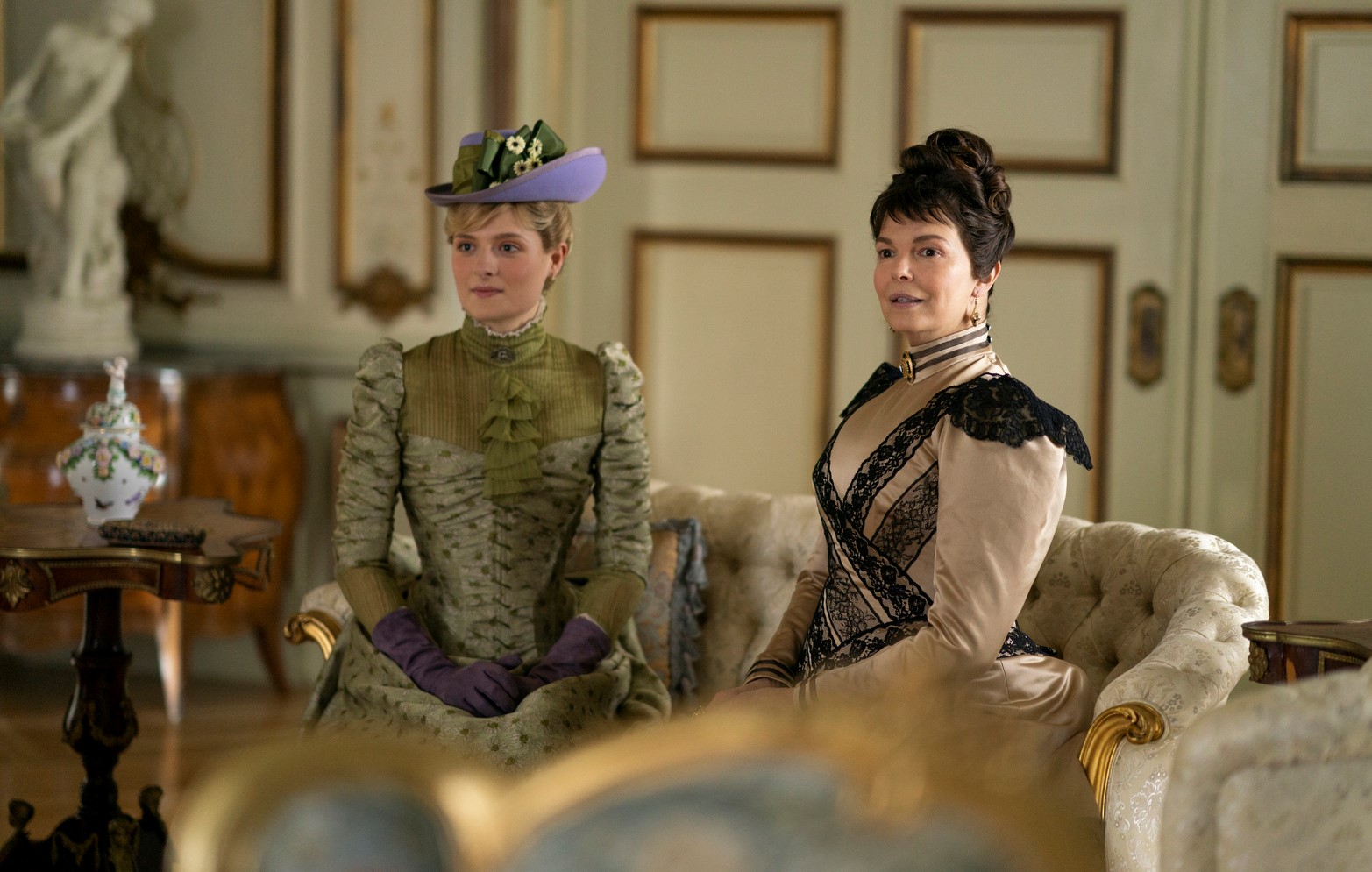 History might look at the Gilded Age (the era, not the show) with a certain amount of justifiable skepticism, as there was indeed rampant social inequality at the time; the thing that remains undeniable is that humanity made immense progress during this era. The field of electricity came to its own in the latter part of the 19th century, and ‘The Gilded Age’ (the show, not the era) underscores that by making it the focal point of its seventh episode, titled ‘Irresistible Change.’ Here is everything you need to know about it. SPOILERS AHEAD.

The episode begins with George (Morgan Spector) hosting a demonstration about his station, the Union Central Station. As with his house, Stanford White is in charge of designing it, and George is collaborating with Thomas Edison to have it completely illuminated by electrical bulbs. Seeing his father happy for the first time in the recent few days, Larry (Harry Richardson) decides to tell him that he wants to be an architect.

He has Gladys (Taissa Farmiga) and Mr. White to back him up, but George vehemently dismisses the idea. Later in the episode, it seems that Larry finally gets through to his father when he tells him that he doesn’t want to be remembered as George’s disappointing son and wants to forge his own path, prompting George to agree to give it serious consideration.

Meanwhile, from what she learned from Ambrose earlier, Agnes comes to think that Oscar (Blake Ritson) is romantically involved with Turner and sends Marian (Louisa Jacobson) to the Russell household to request Bertha (Carrie Coon) to fire Turner, which Bertha eventually does. When Oscar hears about it, he comes to regard it as a positive thing, believing that he can potentially regain access to the Russell family.

The contention between George and Bertha continues to brew over their respective priorities. George is no closer to finding out who sent the message to the man in charge of building the train, telling him to cut corners. He can potentially go to prison. When he and Bertha speak about this, she seems more worried about how all this will affect their social standing. At Sylvia’s (Jeanne Tripplehorn) home, Marian and Raikes meet and discuss their future. Marian tiptoes between pragmatism and hopefulness on the face of Raikes’ relentless romantic gestures. They even share a passionate kiss.

Thomas Edison is set to hold an electricity demonstration at the office of the New York Times. George will be there as well. Bertha plans an excursion to the event and includes Ward McAllister, the Fanes, and Raikes. Much to Marian’s disappointment, she is kept out. It is later revealed that Aurora has replaced her with a young woman implied to be the mistress of Henry Flagler, a real-life oil industrialist. Meanwhile, Peggy (Denée Benton) attends the event with T. Thomas Fortune.

The Gilded Age Episode 7 Ending: Is Agnes Right about Raikes?

At the event, as Thomas Edison illuminates the office of the New York Times and people witnessing it burst out in cheers, Aurora sits looking uncomfortable, watching Raikes converse with Cissie Bingham, the implied mistress of Henry Flagler. Agnes believes Raikes to be an adventurer and social climber. He has the charm and the physical features to succeed in that regard.

But something more is definitely going on with Raikes. He represents the dissatisfaction of the world beyond the polite society. He is ambitious and driven enough to get what he wants at a stunningly fast pace. And that’s why Bertha likes him and Agnes dislikes him. However, his interest in Marian is most likely genuine. After all, he first expressed it at that railway station in Pennsylvania in episode 1, when she was virtually penniless. It’s possible that Aurora replaced Marian with Cissie in their party on Agnes’ instruction, with the latter thinking it will expose Raikes true nature to Marian.

Why Does Bertha Fire Turner?

Bertha is genuinely surprised when Marian pays her a visit to convey the message from her aunt. Although Marian never says it, Bertha figures it out that Agnes thinks that Oscar is romantically involved with her maid. She speaks to her husband about this. George hasn’t told her about Turner’s misadventures in his bedroom, believing that the latter is genuinely helping his wife. So, it isn’t because of him that Turner loses her job.

Bertha spots Turner speaking to Larry, touching him the same way she apparently did Oscar. The last thing an ambitious woman like Bertha would want is rumors about her own son’s involvement with a member of the house staff. She decides to nip it in the bud and remove the other woman from her home.

Read More: When (Year and Century) Is The Gilded Age Set in?