Where To Stream ‘The Hunt’? 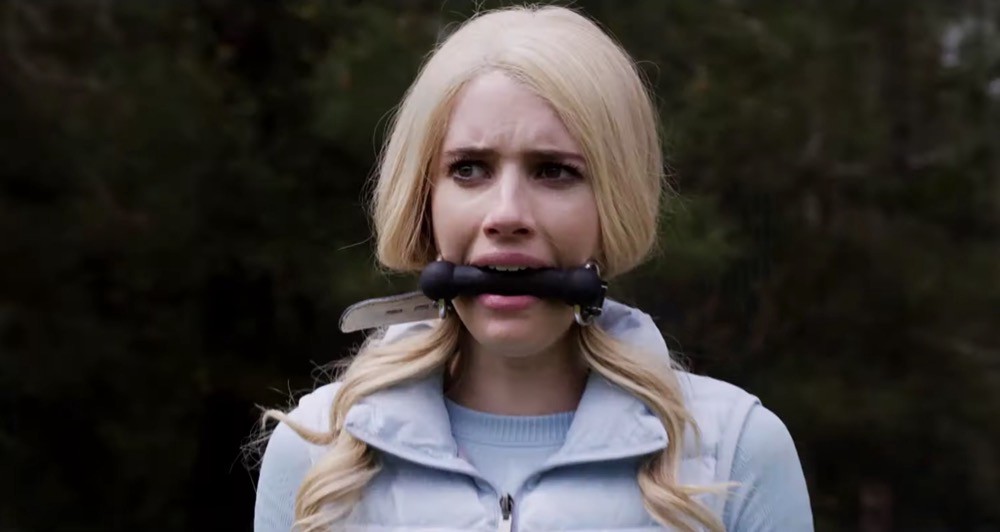 ‘The Hunt’ is a long-awaited American thriller movie directed by Craig Zobel, and starring the likes of Betty Gilpin, Ike Barinholtz, Emma Roberts, and two-time Oscar winner Hilary Swank. A commentary on gun violence in the US, and the political divide between the American left and the American right, the film was initially slated for release on September 27, 2019.

However, following the horrific mass shootings at Dayton and El Paso in August 2019, which claimed over 30 lives, the film’s release was postponed. Naturally, you might be wondering where you can see the film, outside of theaters. We have got you covered, as we also tell you a bit about this movie.

What is The Hunt about?

‘The Hunt’ is loosely based on a short story called ‘The Most Dangerous Game’, written by celebrated American author and journalist Richard Connell, and first published in 1924.

The movie starts with 12 strangers waking up in a clearing, with no idea where they are, or how they got there. Before the 12 unfortunate strangers can come to terms with their mysterious situation, they realize to their horror that they are in a game, being hunted by a group of elites. However, the game doesn’t go as planned as one of the hunted, Crystal (played by Betty Gilpin), fights back and decides to become the hunter, killing off the elites one at a time.

Is The Hunt on Netflix?

Despite Netflix being home to some great movies of late, ‘The Hunt’ is not on the streaming platform. However, you can check out ‘The Lives of Others‘, which is one of the most finely crafted thrillers set at a time when Germany was divided.

Is The Hunt on Hulu?

Hulu has been turning a lot of heads of late, with its frequently-updated and quality content. However, ‘The Hunt’ is not available on Hulu at the moment. Instead, you can check out ‘Blood Diamond‘.

Is The Hunt on Amazon Prime?

Amazon Prime seems to have an unending catalog of movies, and it’s likely that ‘The Hunt’ will be added to the ranks at some point. However, the film is not available for free at the moment. Instead, you can watch ‘A Quiet Place‘. Prime subscribers can also rent and stream the movie. Check it out here.

Where Can I Stream The Hunt Online?

You don’t need to worry if you are not subscribed to a major streaming platform. ‘The Hunt’ is out on Vudu for now. However, you can only rent and watch the movie. The HD version is available for $19.99.

Is The Hunt out on DVD and BluRay?

‘The Hunt’ is not out on DVD or BluRay yet. However, we expect it to release sometime by June 2020.

Can I stream The Hunt Online for Free?

To the best of our knowledge, ‘The Hunt’ will not be available for free streaming any time soon. However, if it does make it to a subscription-based streaming service like Netflix, one could use the free trial feature to watch the movie. As usual, we urge our readers to pay for any art they consume.