The Independent Ending, Explained: Who Embezzled the Funds? How Did They Do It?

Peacock’s ‘The Independent‘ is a political thriller film revolving around the US presidential elections. When Nate Sterling enters the race for the next US President, he does so independently. Meanwhile, reporters Eli James and Nicholas Booker get a whiff of a potential conspiracy surrounding the elections and the electoral candidates. The two reporters embark upon a quest for answers, and as they collect pieces of evidence, they unravel a conspiracy that can change the fate of the elections.

Directed by feature film debutant Amy Rice, the film portrays a variety of age-old themes of the political genre. These include the harsh reality of electoral propaganda, corruption, the crucial role of news agencies, and more. Amidst a blend of these themes lies the elaborate conspiracy that shocks Eli and Nicholas. Here’s everything you need to know about the ending. SPOILERS AHEAD!

The film begins one week before the elections at Nate Sterling’s rally. According to him, the Democrats and the Republicans are the cause of several problems the citizens of the great country face daily. He mentions how people have faced wars, recession, climate change, and so much more over the last two decades. Nate deems both parties responsible for their inaction. While one fuels the people’s rage, and the other does nothing about the issues. With these statements, he gets the audience on his side and wins their hearts by offering a solution to this ineffective system.

The story resumes five months earlier, and we see how Nate is gearing up for his campaign. His opponents are Patricia Turnbull from the Republican Party and President Archer from the Democratic Party. Elsewhere, Eli James, a young reporter, gets a chance to assist a Pulitzer Prize-winning writer named Nicholas Booker. The two work at The Washington Chronicle, which is currently shifting gears to cater to newer generations that aren’t interested in hard-hitting journalism.

Eli, working on a lottery company’s case, identifies an anomaly in its numbers, leading her down a disturbing path. The journalist finds that a few powerful people are embezzling funds that belong to public schools across the nation. As Eli and Nick collect pieces of evidence while trying to put them under the right context, they inch closer toward the person and the people behind it. Although they have most of their evidence and practically know that a presidential candidate is involved, a chance encounter with someone flips their entire theory. So who was embezzling funds? Was it Patricia Turnbull or Nate Sterling? How did they manage to do it?

The Independent Ending: Who Embezzled the Funds? How Did They Do It?

Nate Sterling is embezzling funds from SuperMillion Lottery Inc. for his presidential campaign. He does so with the help of Tom Mayfield, the Director of SuperMillion Lottery, Spencer Erickson, a partner at Meyers & Goldstein, and Dean Clifton, owner of Patriot Catering. It all begins with Eli James talking about the budget cut for the nation’s public schools. She also knows that the lottery numbers should ideally be increasing due to the ongoing recession, but they have fallen by 5%. Eli also discovers that this is the first time in several years that such a phenomenon is occurring.

When Eli and Nick bump into Senator Patricia Turnbull at a restaurant, the topic of the finance bill, FSCA (Free Speech Campaign Act), comes up, and both reporters openly criticize it. According to the Act, electoral candidates do not have to reveal the source of the funds they receive in their Super PAC. Patricia’s UpRight Super PAC consists of about $80 million, and due to the FSCA, she doesn’t have to reveal the sources. In fact, what’s more, intriguing is that she got the bill passed just before the race for the presidential elections started.

Later, when Eli meets the Senator at her office, she discovers that Tom Mayfield and Patricia used to date in college. The two belong to the class of ’82, and coincidentally, the SuperMillion Lottery Director meets with Patricia on the same day as Eli. Following this, Eli looks at the accounting firm Meyers & Goldstein’s client list. As it turns out, the company manages the accounts of UpRight Super PAC and SuperMillion Lottery Inc. Thus, the young reporter concludes that Turnbull and Mayfield are embezzling funds from SuperMillion Lottery. It’s the same money that is supposed to go to the country’s public schools.

When she approaches Nick with this information, he sets up a meeting between Eli and Jennifer Cooke, a PR associate at Meyers & Goldstein. In her conversation, she finds out that one of the partners, Spencer Erickson, might be involved in this fraudulent activity. However, Jennifer doesn’t give this answer directly, leaving Eli with insufficient evidence to pin it on any suspects. Later, Jennifer decides to provide all the necessary information from Spencer Erickson’s computer to the Washington Chronicle reporter.

Eli and Nick start looking through all the documents, receipts, emails, and invoices sent and received by Spencer Erickson. After rigorous research, Eli finds a mail between Mayfield and Erickson, which involves a catering invoice. The mail is about the payment for a catering service at a party, which raises the journalist’s eyebrows because such menial conversations ideally do not occur between the top brass employees.

Eli picks all the invoices that consist of digits 4 or 8, or both, in the invoice number. Following this, she does the math for a few parameters, which reveal the discrepancy. First, Eli adds up the payment amount in all the invoices, which comes up to 174,684. Second, she calculates the average jackpot of SuperMillion during recessions, regular periods, and the current period. These numbers are 21.6 million, 20 million, and 19 million, respectively, which means there’s a difference of 2.6 million.

Eli looks at the first invoice, which came about 34 weeks ago. Since there are 2 drawings weekly, Eli multiplies 2.6, 34, and 2. The answer is 176.8, which is pretty close to 174,684. So, although the invoices only show the latter number, the actual amount embezzled so far from the lottery company is 176,800,000. Thus, the invoices show $1 for approximately every $1000 embezzled. With this, the mentor-mentee duo possesses almost all the evidence except one. Eli still needs to be able to pin it on Patricia Turnbull.

Eli does some digging and meets with a small-time employee at Patriot Catering, who tells her that Dean Clifton owns the company. When probed further, he also reveals that they might cater to some political person at an event. As it turns out, Patriot Catering is present at the afterparty of Nate Sterling’s presidential debate. The employee bumps into Eli and reveals that Dean only caters to Nate Sterling and is loyal to him. Eli gets an inkling that Nate Sterling is embezzling the funds, not Patricia Turnbull.

The reporter takes a second look at Meyers & Goldstein’s client list and finds Integrity Super PAC, which belongs to Nate Sterling. She connects the dots, and her suspicions are confirmed. However, Nick doesn’t believe it and points out two things. First, Nate had denied the Super PAC for the sake of principles. Second, Mayfield is a Republican and wouldn’t support Sterling.

Almost instantly, Eli says that Nate didn’t have Super PAC in the first month. At the time, he wasn’t mentioned in any poll. However, later, he gave in and named his Super PAC Integrity. She also points out how Mayfield stopped being a Republican after Reagan. For three decades, Mayfield was an independent, and only when Nate’s book became a best-seller did he re-registered as a Republican, only to support Sterling and avoid suspicion.

Following this, Nick and Eli approach Nate, who ends up confessing his crime and mentions how he needed the money to get to the starting line, and would have returned the money later. His confession is the last evidence Eli and Nicholas need to discover that Nate Sterling has been embezzling funds from SuperMillion Lottery and robbing the public schools of their right.

What Happens to Eli and Nicholas?

Eli and Nicholas post Nate Sterling’s story and leave The Washington Chronicle. They decide to start their own newspaper company, and the mentee comes up with the name, ‘The Independent.’ After their confrontation with Nate, Eli and Nicholas do not know how to publish the story because they don’t have any evidence of his confession. However, Eli’s boyfriend, Lucas, who works with Nate Sterling, records the confession without anyone’s knowledge. Later, he gives it to his girlfriend, who decides to post the story under her and Nicholas’ names.

Why Does Lucas Help Eli? 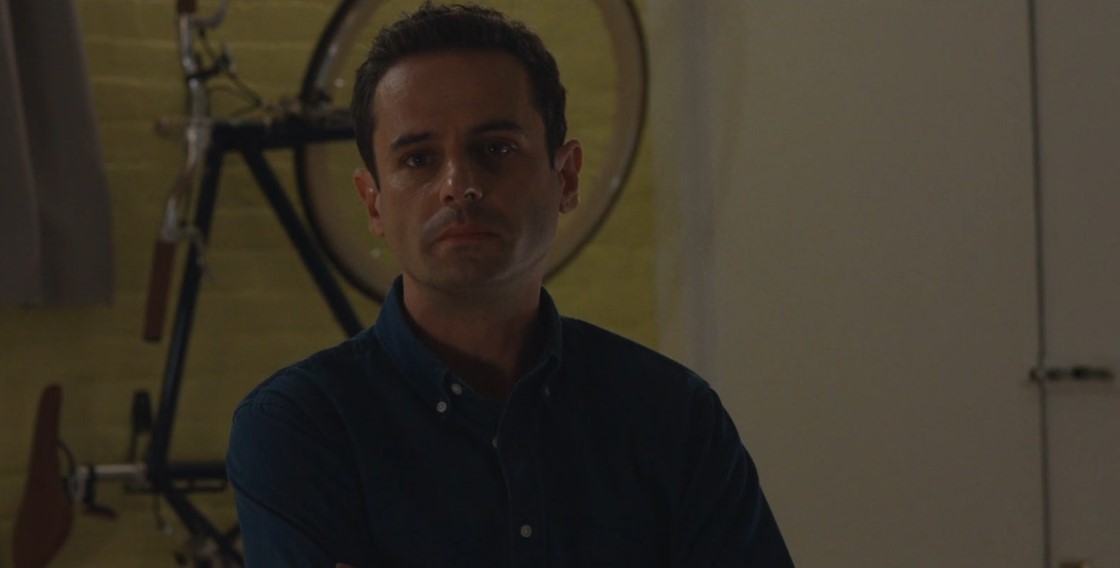 Lucas accepts that he has been supporting and working with the wrong electoral candidate. He is also aware that Eli is right, which makes him change his mind about Nate Sterling and help his girlfriend. So Lucas makes the impulsive decision to record Nate’s confession and later gives it to the reporter for her to finish what she started. He tells her that although he took some time to accept the truth, eventually, he came around because Eli is all he has.

Read More: Where Was The Independent Filmed?