The Inspiring True Story Behind Women of Troy, Explained 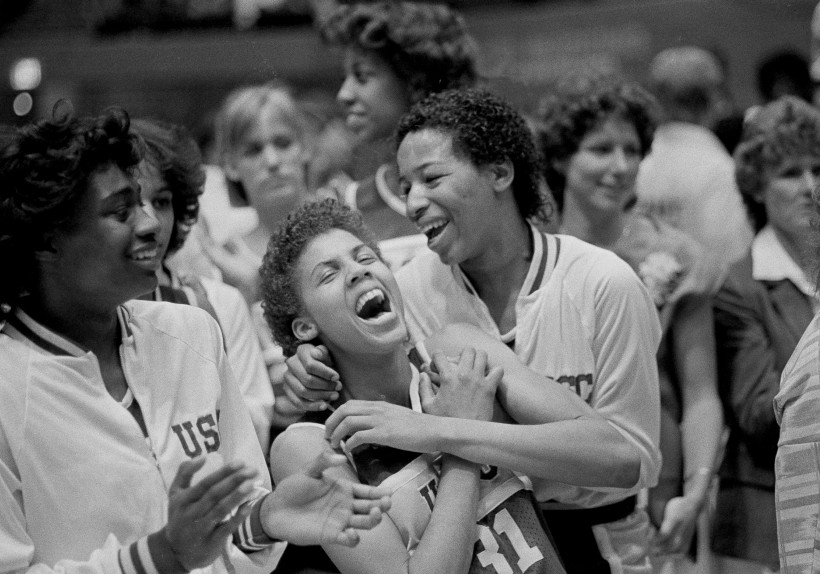 If sports today has become a level-playing field for women, it is because of all those women who dared and fought to make the difference. But, of course, it goes without saying that we still have a long way to go. In fact, it was recently revealed that though 40% of all sports participants are female, women’s sports receive only 4% of all sports media. HBO Sports, then, takes a step in the right direction with ‘Women of Troy’ a documentary exploring the legendary USC women’s basketball team that changed the game forever.

The sports documentary explores the Cheryl Miller-led USC Trojans, and the groundbreaking path they laid out for themselves, and for generations to come. The team’s impact on women’s basketball is unparalleled. Not only did they redefine the game, but they also led to the eventual establishment of the WNBA. ‘Women of Troy’ primarily focuses on the 1983 Championship between the USC Trojans and the Louisiana Tech Lady Techsters, which was known to have won 99 of its last 101 games.

For millennials like me who love the game, but do not know the iconic women who made it what it is today, ‘Women of Troy’ is a must-watch. In case you want to know more about the real story behind the documentary, we’re here to help. Here’s everything you need to know.

The True Story Behind ‘Women of Troy’ Explained:

HBO Sports’ ‘Women of Troy’ is the perfect way to begin this year’s March Madness. For those you who don’t know what I am talking about, “March Madness” traditionally refers to the NCAA Division I Men’s Basketball Tournament which is held in March each year. But today it is also used for the NCAA Division Women’s Basketball Tournament that was introduced in 1980s, and is also held every March. It was also in the March of 1983 that USC Trojans defeated Louisiana Tech Lady Techsters, who were considered the reigning champions of the time.

“Women of Troy” is a nickname given to the fierce USC Trojan Women’s basketball team that represents the University of Southern California. It was only towards the late 197os that the team rose to prominence, after which scholarships for female basketball players were introduced. Interestingly, the Trojans were the first Division I team to do this. The team has since that won 2 national championships and played in four Final Fours.

Under coach Linda Sharp, the team made it to the Final Four for the first time in 1981. In 1982, with Cynthia Cooper joining the team, USC reached the Elite Eight of the first ever NCAA Women’s basketball tournament. The following year, with Cheryl Miller leading the team, it won their first national championship. The team at the time included three All-Americans, Miller, Paula McGee and Rhonda Windham, along with Cooper, and Pamela McGee. Interestingly, the same team won the national title again in 1984.

Cheryl Miller, despite her brief basketball career, is considered to be one of the most legendary women’s basketball players of all time. At the time she was playing for the USC, Sports Illustrated had named her the best player in college basketball, male or female. Miller made history in her short career at the USC, and is a four-year letter winner, and a four-time All-American.

Miller scored 3,018 career points, and has a career rebounding mark of 1,534, which ranks her third all-time in NCAA history. Her USC #31 jersey was considered so iconic that the University retired it in 1986, the year she graduated. It was the first retired jersey of any basketball player at USC. The very same year, she was nominated for the James E. Sullivan Award.

Then, there is Cynthia Cooper, who is also considered to be one of the greatest women’s basketball players in history. Like Miller, she was also a four-year letter winner. She represented the United States in international basketball, and collected five medals for the same, including a gold medal during the 1998 Olympic Games in Seoul. She is best known for playing for the Houston Comets after the formation of Women’s National Basketball Association. Both Cooper and Miller have previously returned to USC to coach the team.

The team also included Paula and Pamela McGee, the iconic basketball playing twins. Like Miller, Pamela was also an All-American while she played for the USC. In 1984, she won a gold medal while representing America during Olympics in Los Angeles, and also played in France, Brazil, Italy and Spain. Pamela later went on to play for the WNBA. Similarly, Paula played for  Women’s American Basketball Association. She also played five seasons across Italy and Spain. Both the sisters retired from their basketball careers.

HBO’s ‘Women of Troy’ features numerous former Trojan players, including Cooper, Miller, Paula and Pam McGee, along with coaches Linda Sharp and Fred Williams. Each one of the four players I have mentioned is a Basketball Hall of Famer. The documentary makes use of recording of the 1983 championship, and has interviews of all these legendary women looking back, tracing their journeys, as they talk about the game, and of course, their love for it.