The Last of Us Part 2: Everything We Know 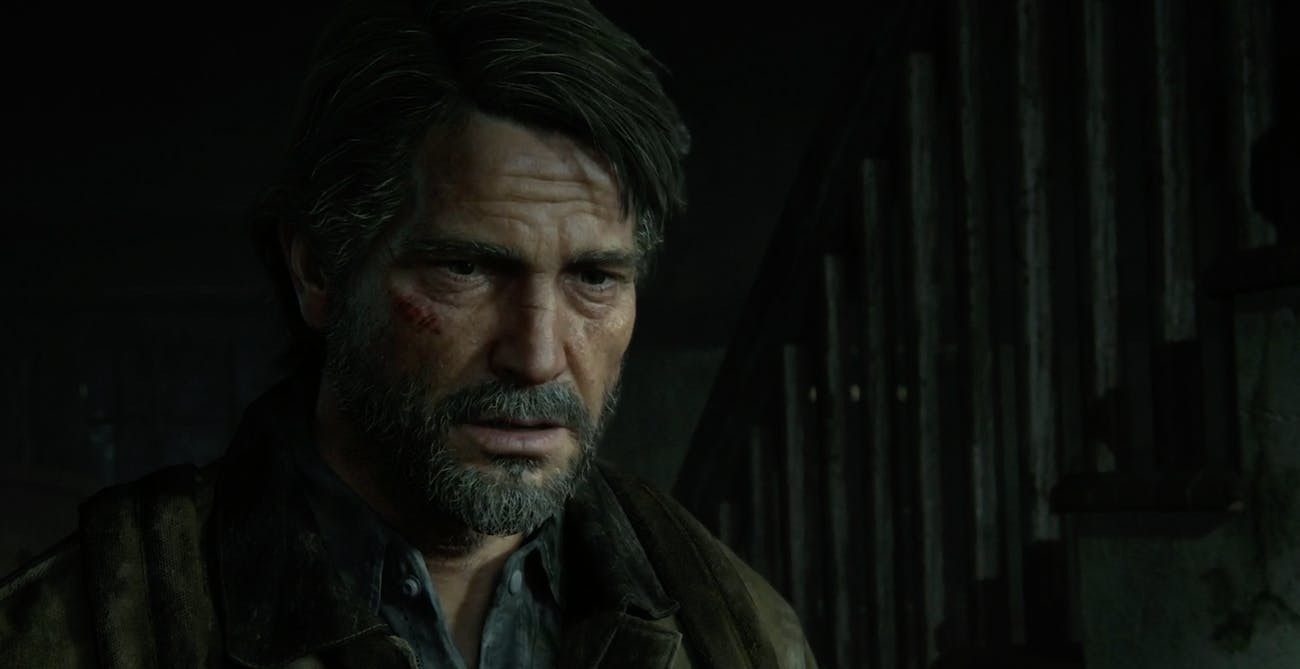 For me, right now and in the foreseeable future, the single most unifying moment for a fandom ever would be the reveal of ‘The Last of Us: Part II’ at the PX event back in December 2016, and the emotions I and the collective crowd over at that event displayed simply when the firefly logo was shown were simply ecstatic, followed by Ellie, strumming the guitar, and singing; and Joel, walking up on her, calling her ‘kiddo’ as he does, with Gustavo Santaolalla’s pitch perfect score in the background. I have to agree that I welled up a little.

It’s an emotion not many apart from true fans of the original game could understand, but this will remain one of the fandoms I am personally proud of. Their faith and patience in the folks over at Naughty Dog seems ever close to being rewarded right now as the release date of the game, recently released in a new trailer, draws closer and the long wait that has been persisting through various story and gameplay trailers over four years since the game was first announced seems at a close.

As I await to give away a chunk of my savings to Naughty Dog early 2020 when the game launches, I have prepared this write-up to take you through what to expect from the game and what it is about. Here is everything that we currently know about the sequel to possibly the best in its class game of all time. Read on.

The Last of Us Part 2 Plot: What Is It About? 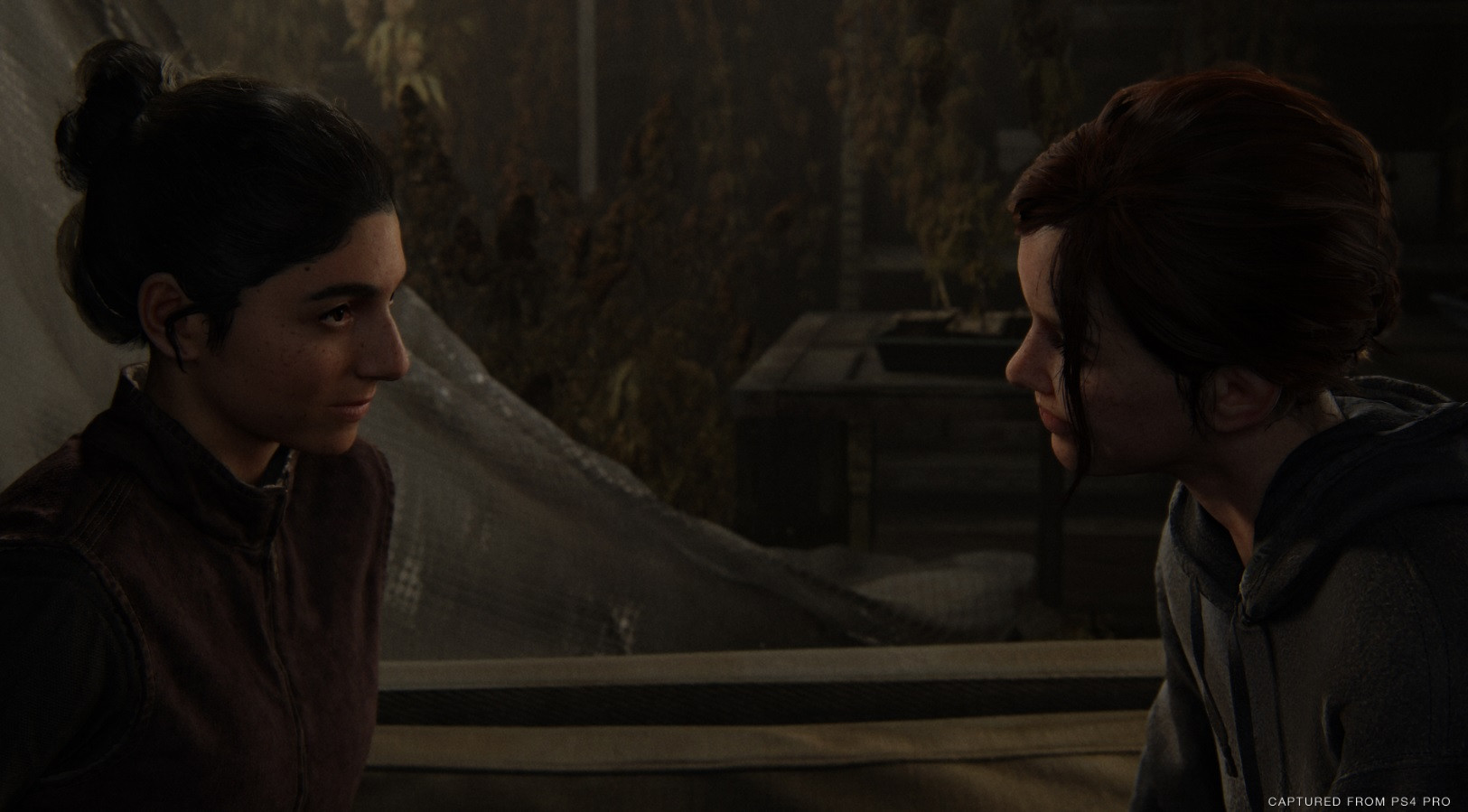 The game is believed to pick up five years after the events of the first game. If you need to recapitulate, you can check out my detailed analysis on the game’s ending. After the duo escape the clutches of the Fireflies and Joel lies to Ellie about the cure, the two presumably continue with life elsewhere. The trailers too show entire towns settled, showing that the world was eventually on its way to coming around the tragedy that tore it apart.

However, the primary synopsis of the game only reveals that an adult Ellie would be dealing with a mysterious cult in post-apocalyptic United States, which is presumably all the people that she vows to kill in the reveal trailer. There was earlier a shred of doubt on this, but Joel would be joining her in the game, although as a companion. More on that in the next section.

Her journey will take her through some tough landscapes outside safe human settlements, where she will encounter the cultists, the fireflies and of course, the cordyceps infected zombies. With the possibility of a cure out-of-the-way from the ending of the first game, I think we can presume that the infected are going to be there, invariably.

The writer of the game, Neil Druckmann, has stated that in contrast to the first one that was centred on love, ‘The Last of Us: Part II’ will be based on hate, presumably that of Ellie, who seems overcome by her wrath for vengeance, for the cult having harmed her or someone close to her. We can rule out Joel since he will be accompanying her on the journey, so it most probably could be Dani, the young woman she is shown kissing in the first gameplay reveal trailer. 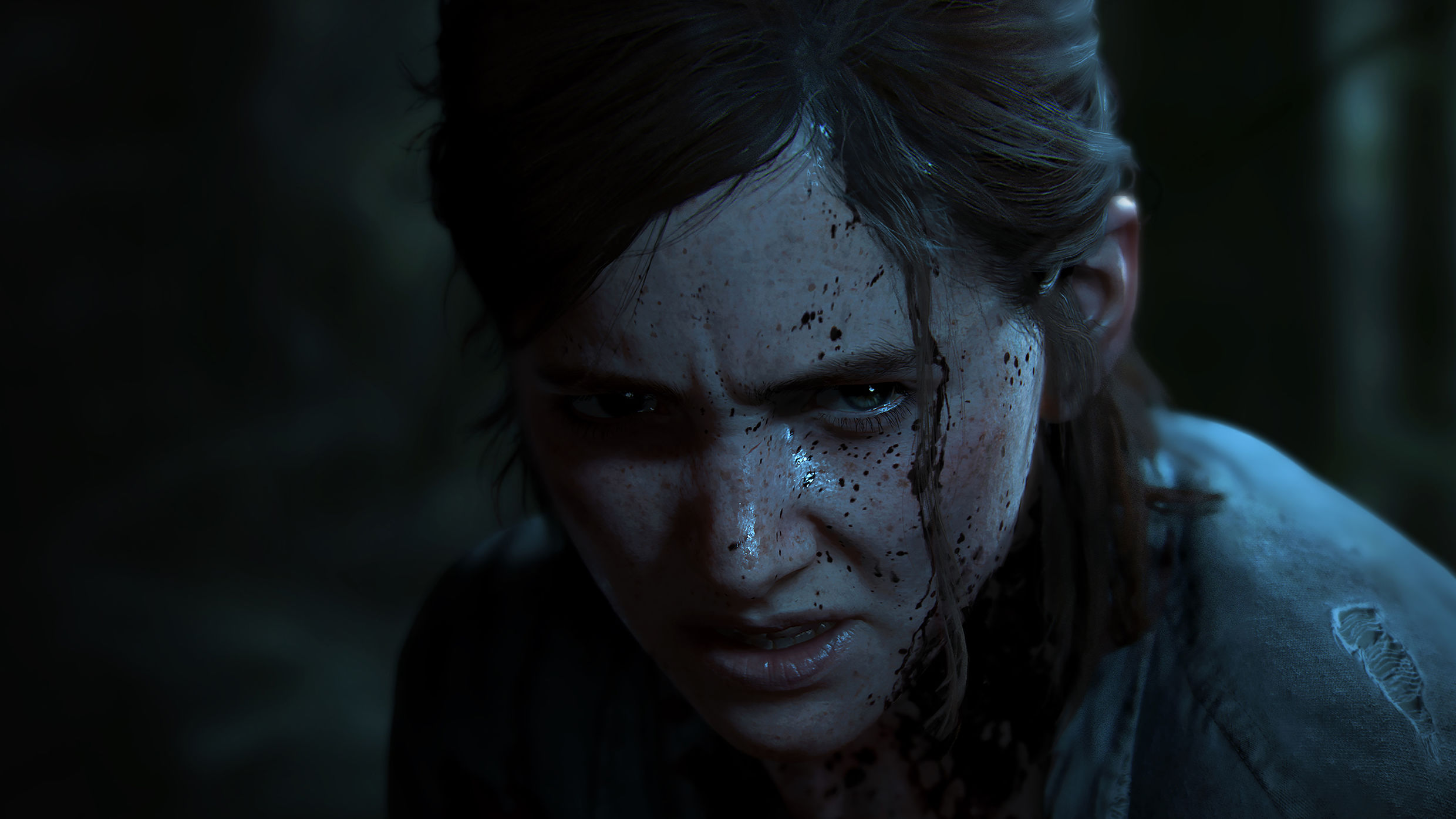 Adding to these two, several new characters including Yara, Lev, Emily, Dani and an unnamed character played by Laura Bailey will be joining the duo in the game and have been described as integral to Ellie and Joel’s next journey. There are theories that also suggest that the game could partly be in retrospect with Ellie’s mother as the starring player, tracing how Ellie was conceived, her tryst with the fireflies, and the possible reason for her being immune to the infection.

The Last of Us Part 2 Gameplay 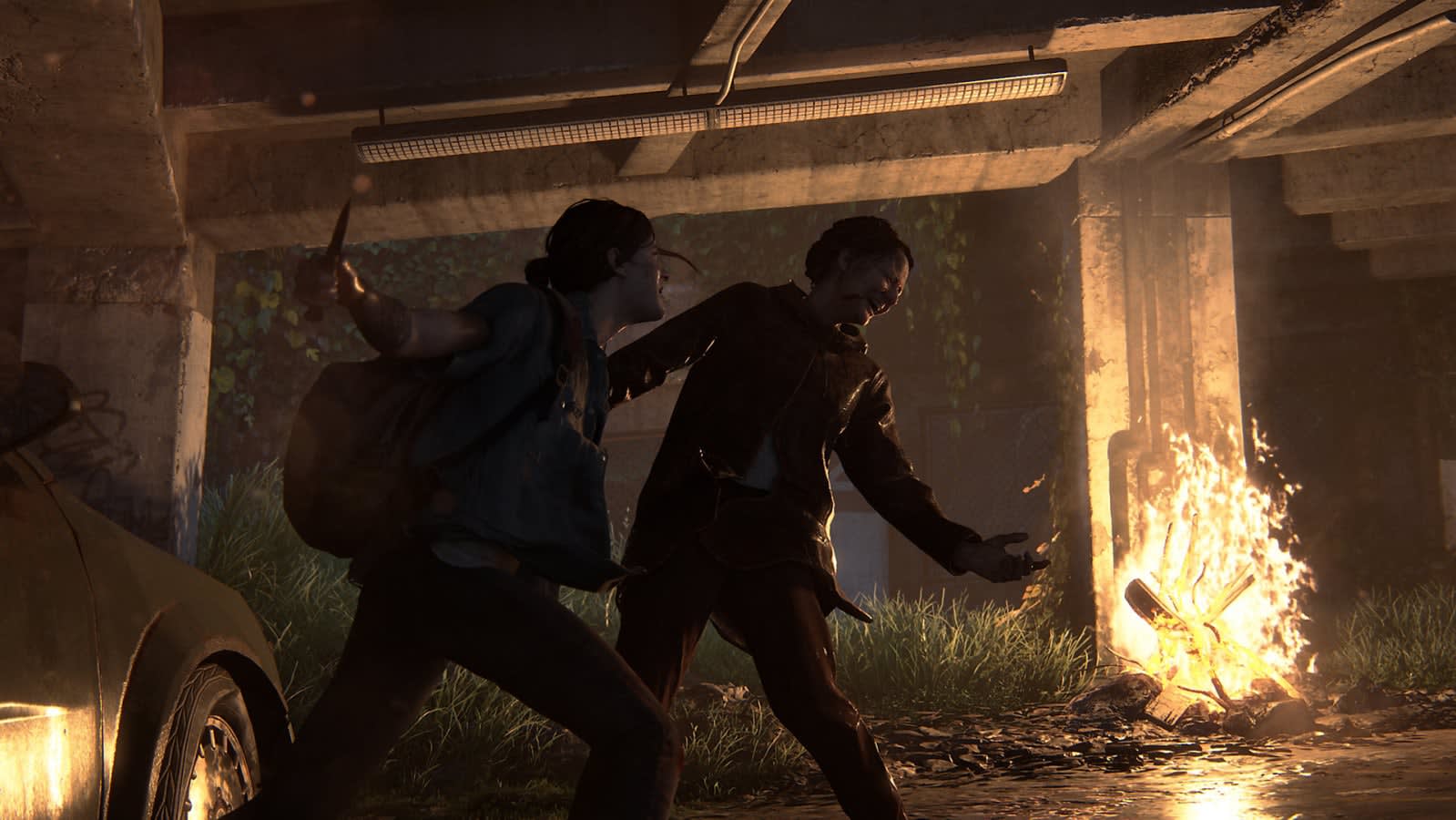 Akin to the first game, ‘The Last of Us Part II’ would be a third-person horror survival game based in post-apocalyptic and infection ravaged US, with most of the survivors of a deadly fungal infection outbreak that rendered victims brain-dead cannibalistic creatures, fighting to fend themselves and survive. The stakes seem to be more personal this time around, but the primary difference here would be that players would seemingly control Ellie for a major duration of the game, as opposed to Joel from the first game, and Ellie only in the ‘Winter’ segment of the game. Joel then would either appear only as a guiding presence or playable only when Ellie is unavailable or in a pickle. ‘The Last of Us Part II’ won’t be having a multiplayer mode.

The game is not an open world game, and while it would feature multiple locations, all of them would be geographically confined. As with the previous game, there can be two ways via which players would be able to indulge in combat with threats: stealth and direct engagement. While this hasn’t been explicitly revealed as of now, a look at the huddle from the gameplay trailer would suggest that the weapons system, though more refined in looks, would essentially feature the same kind of weaponry as from the previous game, albeit more brutal.

Apart from regular gameplay, the trailer also revealed that there possibly could be pre-programmed moves as well that Ellie could execute through combos of button presses. Ellie will surely have the ability to carry in tow long-range weapons such as rifles, shotguns, and bows, and short-range weapons such as handguns and short-barrel shotguns, apart from the ability to pick up limited use melee objects like broken glass, hammers, pipes, bats and sticks. The crafting ability wherein the player can use crafting tables to make makeshift weaponry and health kits through salvaged material would also be presumably available. 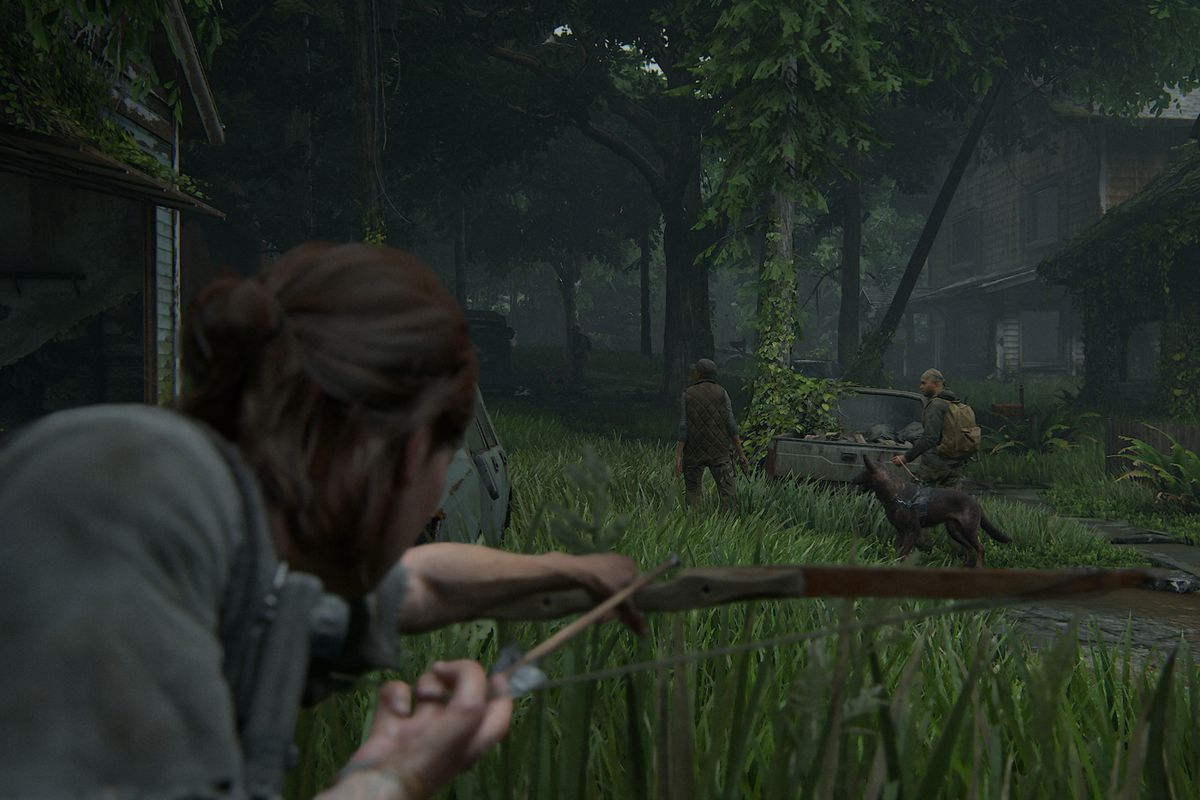 Whether the listen mode from the first game that allowed Joel to amplify his hearing and spot threats a little further away would be available or not remains to be seen. Other than that, all the player’s vital abilities: health, strength, stamina etc and carrying capacity for weapons, both ranged and melee are expected to be more or less the same, with the player having the ability to enhance those as they proceed through the game.

Troy Baker and Ashley Johnson reprise their roles from the first part for the game. Expect to see (and hear) some more of the endearing chemistry and bickering between the two characters.

The Last of Us Part 2 Crew: Who Is Behind It?

Anthony Newman and Kurt Margenau will be serving as game directors after Bruce Straley, the director of the previous game left Naughty Dog in 2017 earlier. The script for the game has been penned by Neil Druckmann who has the legendary reputation of writing both ‘The Last of Us’ and ‘Uncharted 4: A Thief’s End’, along with Halley Gross. While I am genuinely excited that most of the people responsible for the previous game are returning, I am perhaps most psyched for the return of Gustavo Santaolalla who will be once again composing the tunes for the game. His melancholic work struck such a chord with me in the first game that anybody else’s work would have seemed just foreign.

The Last of Us Part 2 Release Date: When Will It Be Available?

The Last of Us Part 2 Trailer

Following the 2016 reveal trailer, there have been a number of other story and gameplay trailers that you can easily check out on Naughty Dog’s and Sony Interactive Entertainment’s channels. What I am sharing here is perhaps the most special one, the latest trailer that revealed the release date of the game and several other aspects of the story and gameplay, showing Ellie in action and Joel joining her. Watch it here.