Cyberpunk 2077: Everything We Know 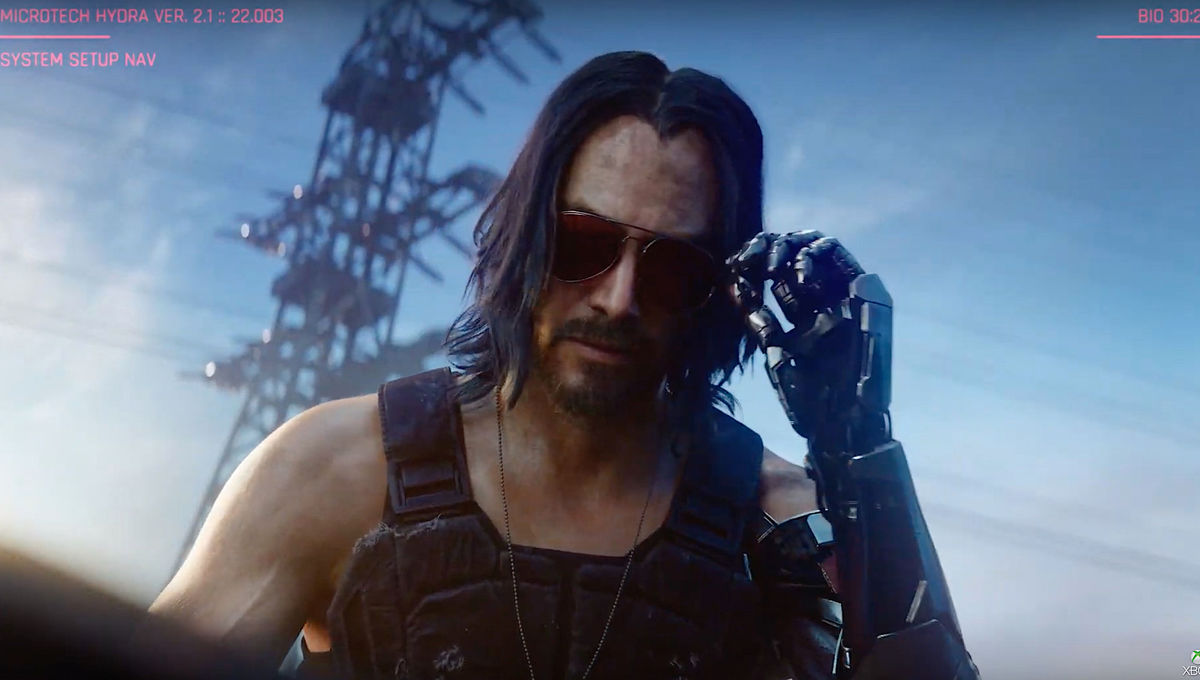 Surely the game created a lot of hype for its breath-taking moment with the legendary Keanu Reeves, who transformed into the internet sweetheart overnight owing to the stint, there is so much more that gets me hyped up for this game than that, as I am sure most game enthusiasts would understand. While I acknowledge that, I also acknowledge that having Reeves on board for the game has pushed up its popularity and hype beyond what I could have imagined for a game of this nature to generate, seeing as though even nongamers are now interested in the product when John Wick is involved too.

Although, the excitement for this game has now long been on the boiler with the first teaser trailer for the game being released back in 2013, and the game has been in the pipelines since. Personally too, I have great adoration for both the setting and the storytelling medium that is Cyberpunk which is not alien to films too, with many a classic set within the neon-filled retro-futuristic world presented on screen.

With films though, your exposure to them is limited. Now, an open-world RPG set within such a vast techno-futuristic world full of cyborgs and ruined cities, the not too distant dystopia is what particularly attracts me towards the game, and if initial views are any indication, the visual and world design teams seem to have nailed it. Moving on, here is everything we know about this upcoming blockbuster of a game. Read on. 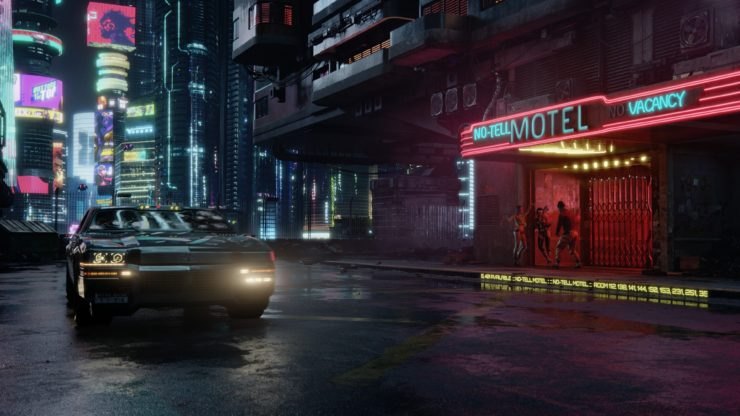 The game will be a non-linear adaptation of the popular 1988-1990 pen and paper RPGs of the same name, ‘Cyberpunk’ and ‘Cyberpunk 2020’ published by R. Talsorian Games. There is a ton of backstory on how civilisation was pushed to its dystopian state following a nuclear explosion that occurred under mysterious circumstances in the 2020s, and how in an attempt to rebuild, numerous corporations and their material greed took over, leaving the populace in the pincers of drugs and cybernetic technology, that is presented in the guide books of the original games, so if you want to have a quick read, you can head over here to the official Talsorian store.

The game will be set in the fictional Night City which according to the developers is wedged between LA and San Francisco, and is as of now completely isolated from the new world order that has arisen in the metro cities around it. The only federal body operating within it are the Max Tac “Psycho Squad”, the team of enforcers seen in the 2013 trailer, and the Trauma Team, the medical first responders in the case of an emergency or fatality.

The city’s architecture has been described as an amalgamation of the four distinct visual styles of the eras it has undergone, including ”austere Entropism, colourful Kitsch, imposing Neo-Militarism, and opulent Neo-Kitsch”. Apart from these two, several other factions operate in the fictional city providing a vast open world experience to the player. These factions operate in six of Night City’s districts, each imbued with a distinctive characteristic, namely Pacifica, the district featured in the deep dive trailer, along with the City Centre, Watson, Heywood, Westbrook, and the Santo Domingo industrial sector, encompassing worn down districts with an underground network, commercially thriving districts with abandoned buildings and concrete rubble in the skies, and the like. 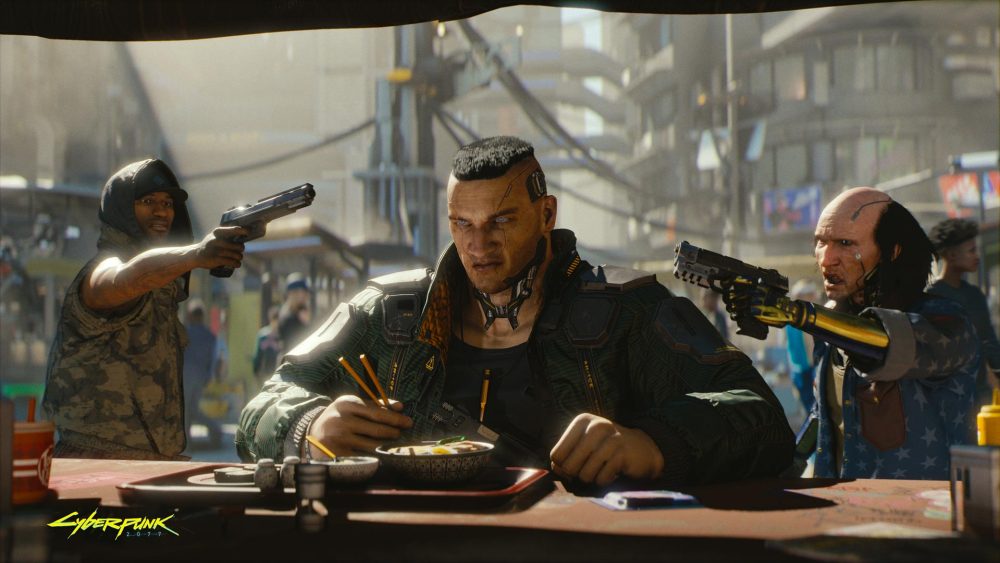 Among the factions, the deep dive trailer features two warring gangs in Pacifica, the Voodoo Boys and The Animals. In his quest to “burn the city”, V is required to work with the Voodoos along with that chip implant to infiltrate the Animals who seem to have come into possession of a rare piece of technology that would allow them to have the upper hand in this war between factions. The ways in which V can accomplish this is discussed in depth in the Gameplay section, but V will be required to face the cybernetically enhanced leader of the group, Sasquatch, as one of the bosses during the mission.

Joining V in his journey would be his friend Jackie, who I am guessing would be out pretty early in the game as seen in the 2019 cinematic trailer, and Johnny Silverhand, the character played by Keanu Reeves, who is like a digital cypher haunting the main player, and will pop up at different junctures in the game to guide V. The makers have also stated that even the player’s relationship with Silverhand is something that is going to be malleable and will progress as we go along, depending upon choices that we make as a player. 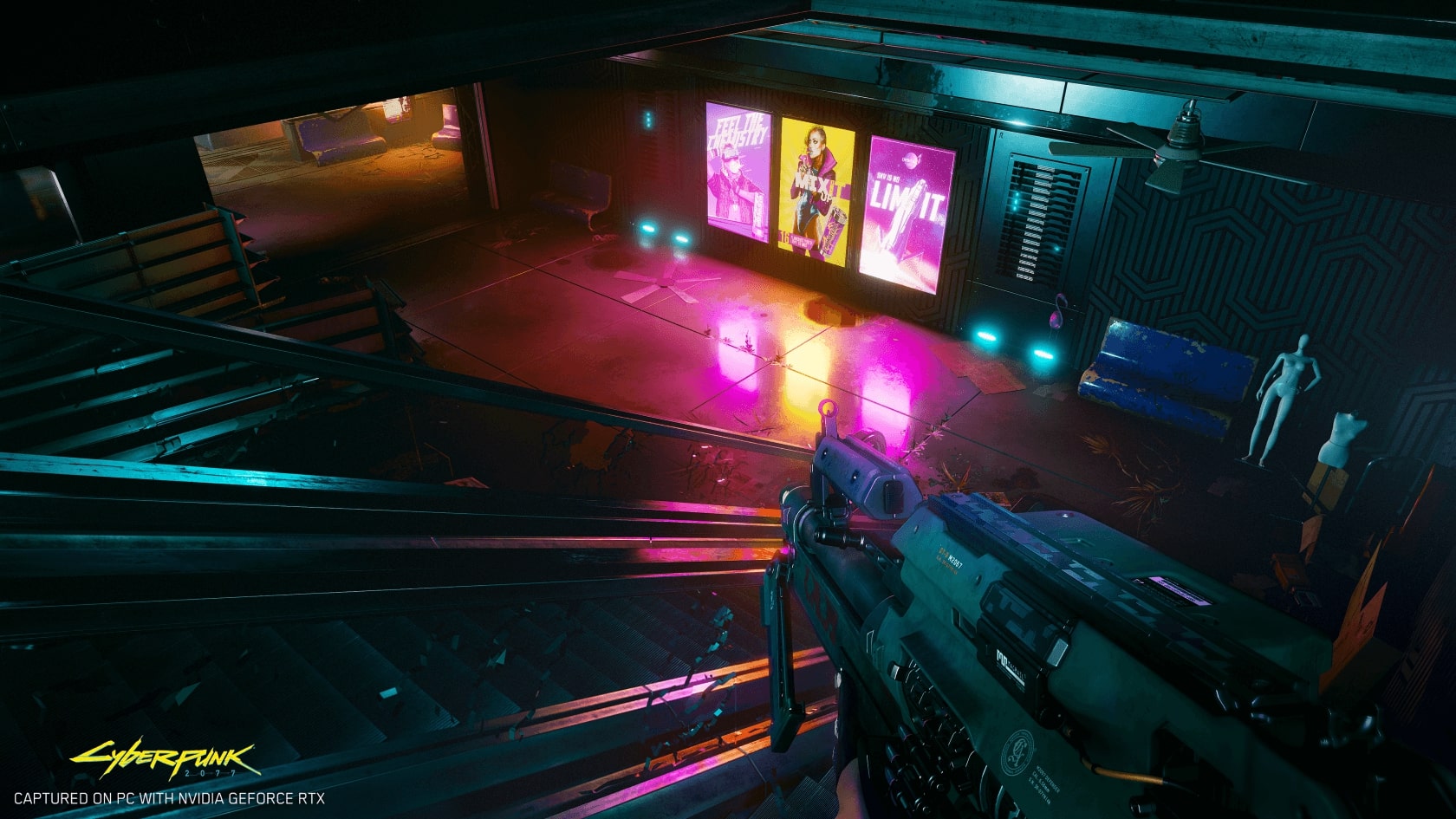 The gameplay of ‘Cyberpunk 2077’ has been described a core RPG but primarily in first-person format as opposed to ‘The Witcher’s third person format. While there will be a common cut-scene in the beginning as shown in the cinematic trailer of the game, players thereafter will have the chance to design their own players, and with it, the cybernetic enhancements, the skill set and even the history of the player along with the physical and visual appearance. With that differentiation, players will also have the freedom to adapt their player’s special skills to lend into the kind of gameplay they like.

The hardcore, head on gameplay in the game is dubbed Solo, wherein the player will have strong physical attributes and their approach to missions and tasks would be to barge into the problem through brute force and weaponry. On the other hand, if your approach is more stealth and tactical based, the gameplay will be dubbed NetRunning and will allow players to tap into the vast virtual cyberspace of the game, called NET, allowing them to hack weapons, machinery and even cybernetic parts of your enemies to cause them to malfunction or to create diversions for a strategic edge.

The opportunities with this one would be practically limitless since the world of ‘Cyberpunk 2077’ is virtually made up of all kinds of tech, and an enhancement on this that I am specifically excited about is the Nanowire. This neon glowing wire can be let off from the player’s wrists to physically hack into a cybernetically enhanced enemy, or the tougher ones atleast I am guessing. However, the game doesn’t shy away from exploring one of the most critiqued aspects of modern technology, surveillance. Every time a player in the game adopts this style of progression or changes something that has a great effect on NET, larger corporations or NetWatch, Night City’s virtual Big Brother, are immediately alerted and suitable reaction or resistance follow. All I have is a big “woah” at this moment. Coming to plot progression, I wouldn’t be too wrong in stating that ‘The Witcher 3’ is easily among the most immersive RPGs I have played, so nothing less is to be expected from this game. The world is said to be smaller than that of The Witcher, but the gameplay and plot is said to be more dense and intricate, with seemingly every choice the player makes affecting the world around them, and how people around them interact with the player, just as a “proper” RPG experience should be.

Among the foremost reasons that I think this game is going to be a joy to play when it comes out is the brilliant team of developers around it at CD Projekt Red, the same people behind the epic ‘The Witcher 3: Wild Hunt’. The narrative of the game has been directed by Adam Badowski, with a team of roughly 450 technicians working on making the game feel and work like it does.

Cyberpunk 2077 Release Date: When Will It Be Available?

‘Cyberpunk 2077’ will be available for purchase on April 16, 2020 on all major platforms including the PS4, Xbox One, Google Stadia and Windows, and is available for pre-order now, although only the standard edition seems to be available as of now.

There are a total of four looks now that you can have at the game, the 2013 trailer, the 2019 cinematic trailer, the recently released gameplay and mechanics video, called the deep dive video into the world of ‘Cyberpunk 2077’, and the 48 minute walkthrough covering massive aspects of the game. While where you can view each of them are linked with their specific texts above, have a look here at the Keanu Reeves reveal in the second trailer, the 2019 cinematic trailer revealing the primary player and as far as I can guess, the intended cut scene in the beginning of the game as well. Check it out.