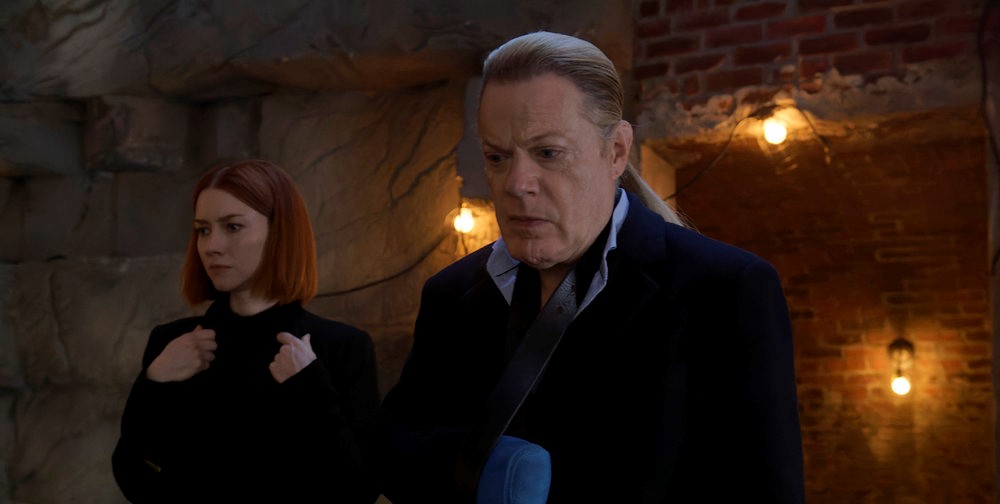 Based on Dan Brown’s namesake 2009 novel, ‘The Lost Symbol’ follows a young Robert Langdon (Ashley Zukerman) as he returns to Washington, D.C. at the behest of his mentor, Peter Solomon (Eddie Izzard), only to learn that Peter has been abducted by a dangerous man named Mal’akh (Beau Knapp). Robert teams up with Katherine (Valorie Curry), his former girlfriend and Peter’s daughter, to solve a Freemason mystery for Mal’akh that can guide the latter to an ancient and powerful wisdom.

Meanwhile, the CIA’s office of security director, Inoue Sato (Sumalee Montano), pursues Mal’akh for reasons that connect her to the Solomon family. Here is everything you need to know about the ending of ‘The Lost Symbol’ season 1. SPOILERS AHEAD.

Robert Langdon, the professor of symbology at Harvard, gets a call from a man claiming to be Peter’s assistant, telling him that Peter wants Robert to deliver a lecture at the United States Capitol. Robert accepts, but when he gets there, Peter is nowhere to be seen. Robert discovers that Peter has been kidnapped by the same man who called him. The kidnapper tells Robert that the latter has to find an ancient portal buried under the city to ensure Peter’s safety. To get him started on his path, the kidnapper leaves Peter’s amputated hand as a clue in the middle of the Capitol Rotunda.

Robert is initially helped in his search by Sato and Capitol police officer Nunez (Rick Gonzalez) before Katherine joins him. It is revealed that the CIA is looking for the portal as well to establish control over its mythical powers. However, for Sato, it’s much more personal. Peter’s son, Zachary (Keenan Jolliff), was a troubled youth. Sato thought that she could use him, so she turned him into a CIA asset. But he apparently died in a prison in Ağrı, Turkey. Haunted by her failures to protect him, Sato tries to find redemption by keeping Zachary’s family safe.

The kidnapper claims that his name is Mal’akh, which is the Hebrew word for “angel.” Robert’s search leads him and his associates to the discovery of the pyramid and the capstone. Put together, they can show the path to the ancient portal. It turns out that Mal’akh is actually Zachary. While he was in the Turkish prison, he met a mysterious man named Samyaza, who became Zachary’s teacher after his father refused to get him out of prison to teach him a lesson.

After running away from the prison, Zachary underwent a radical transformation. He took steroids and performed rigorous exercises to increase muscle mass, covered almost his entire body with tattoos, and underwent plastic surgery to alter his appearance.

In the season finale, titled ‘Resonance,’ Mal’akh kidnaps Katherine and takes her to the tunnels underneath the Washington Monument, where the ancient wisdom or portal is supposed to be buried. Samyaza, who has been working with the CIA, forces Peter to tell him what he knows. Nunez and Sato search for the three Cascade units before an unimaginable disaster can occur. And Robert finally locates the ancient wisdom, but his discovery mystifies almost everyone.

The Lost Symbol Season 1 Ending: What Is the Ancient Wisdom/Portal?

Like any other project developed from a Robert Langdon book, ‘The Lost Symbol’ revels in the exploration of popular conspiracies and turning them into unbelievably exciting plot devices. The Freemason fraternities have been part of human history for several hundred years and have since been the subject of much speculation. It’s the seemingly ancient secret of the Freemasons that Mal’akh is pursuing, believing that it will give him God-like power.

In the end, he is proven categorically wrong. While Mal’akh is busy with Katherine and Peter, Robert discovers what the Freemasons and the Leviathan Group have guarded as their most precious treasure: a copy of King James’ Bible. It frustrates Mal’akh to no end. He has sacrificed too much to get to where he is now, only to realize that no great source of power had been waiting for him at the end of the road. The wisdom was always metaphorical, to be sought out within one’s self.

However, Peter seems to have a different opinion. He believes that the Bible and all other religious texts contain an ancient wisdom encrypted in their pages, and that’s why they have endured the test of time. People can sense that immense power, even if they can’t access it, and even if they have stopped looking for it. In his parting words to Robert, Peter observes that it’s never too late to start looking for the wisdom again.

Who Is the Sacrifice?

During the climactic scene of the season, Mal’akh reveals to Peter that the dagger he has been carrying is the one with which Abraham was supposed to kill his son, Isaac, to prove his obedience to God. But he never had to go through with it as an angel or a messenger of God stopped him. The dagger is made from a meteorite and touched by God Himself. His explanation makes it quite clear that Peter was never meant to be the sacrifice. Mal’akh believes that if he dies in his father’s hand, God will accept him as a sacrifice and let him be reborn with God-like powers. 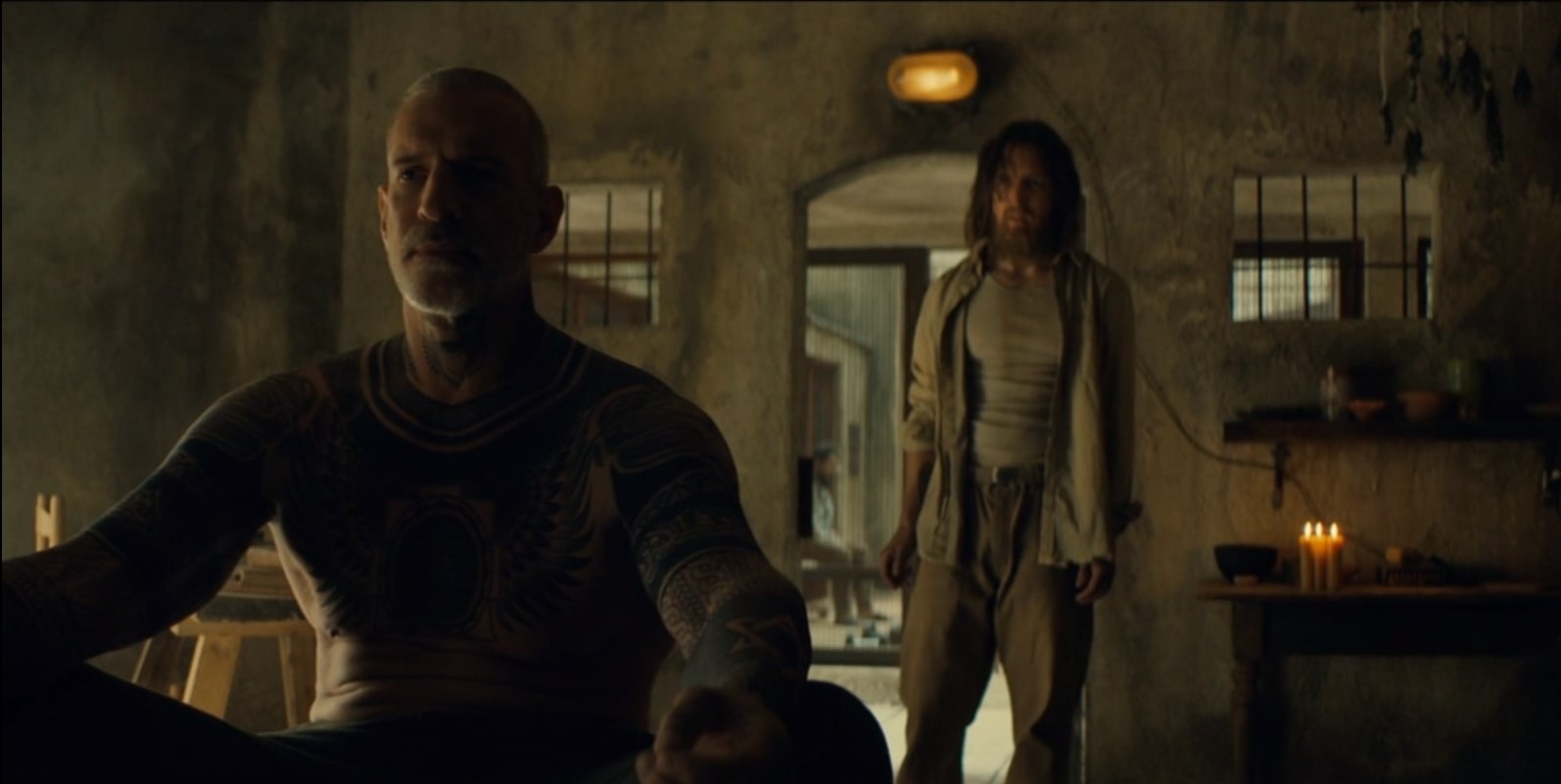 Yes, Mal’akh or Zachary Solomon is dead in ‘The Lost Symbol.’ As he prepares to sacrifice himself for a chance to become a God, Langdon appears and tells him the truth about the so-called ancient wisdom. Mal’akh snaps, refusing to believe that the Freemasons placed so many safeguards just to hide a Bible. This is when Nunez destroys one of the Cascade units, effectively stopping the entire operation. An enraged Mal’akh tries to attack Robert, but Katherine fatally stabs him on the back with his sacrificial knife. Mal’akh subsequently dies in his father’s arms.

Do Robert and Katherine End Up Together? 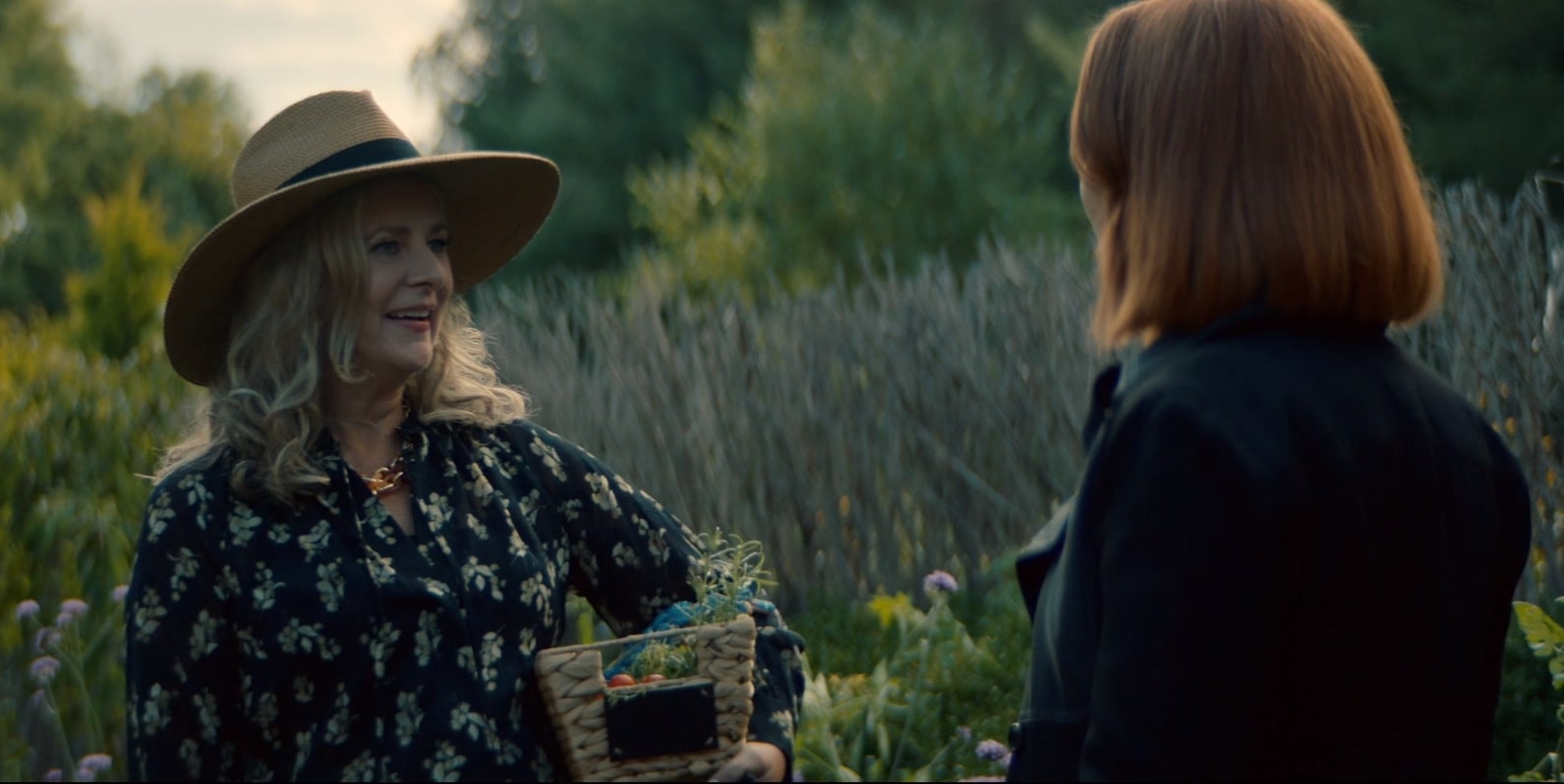 Yes, Robert and Katherine are together and have resumed their relationship at the end of the first season. Robert’s experience with Freemasons, ancient wisdom, and Mal’akh have thoroughly changed him and how he views the world. He is still a skeptic, but he has also learned to appreciate faith. More importantly, he has developed a newfound appreciation for Katherine and her field, Noetic science. They part ways as Robert goes back to Harvard, but only after promising her that he will return two weeks later.