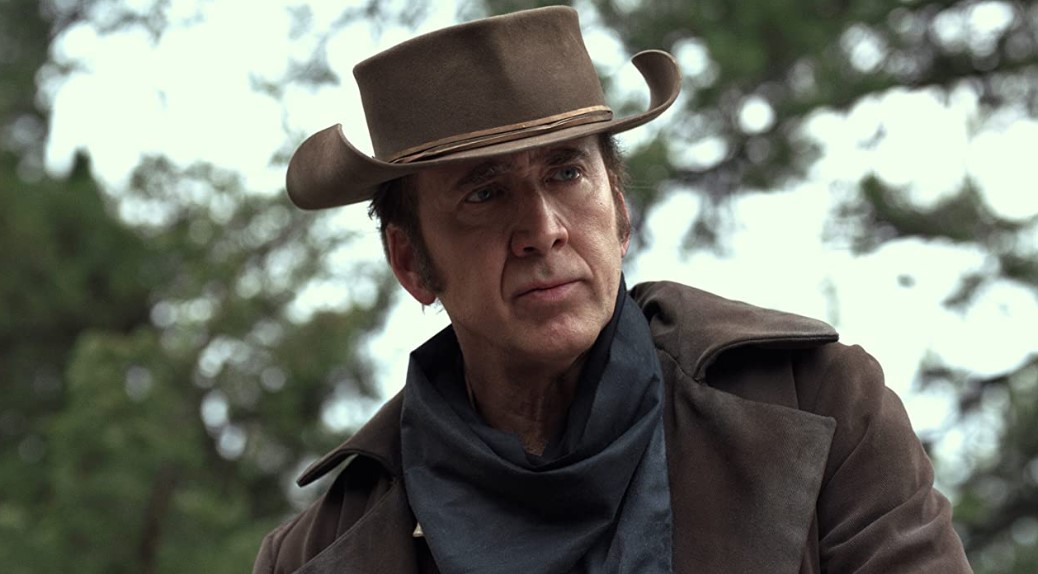 As an actor, Nicolas Cage has always approached his craft in an unconventional manner, even at the height of his career, but especially during his direct-to-video days. Since 2020, his career has witnessed a resurgence, but that hasn’t stopped him from doing a film like ‘The Old Way,’ an unapologetic B-movie. Helmed by Brett Donowho, the revenge western narrative revolves around Colton Briggs (Cage), a seemingly mild-mannered store owner. After his wife is brutally murdered, Briggs embarks on a pursuit of vengeance along with his daughter Brooke (Ryan Kiera Armstrong). He soon realizes that the violence that came to his door can be traced back to his brutal past when the name Colton Briggs used to fill people’s hearts with dread. Here is what you might want to know about the ending of ‘The Old Way.’ SPOILERS AHEAD.

The film begins as a small town in American West prepares to hang a man. Briggs is there as the hired gun for the most influential and affluent man in the town, who is also the instigator of the hanging. The only sign noting that we are looking at a younger version of Briggs is his ridiculous mustache. The man about to be hanged, Mr. McCallister, apparently stood up against the wealthy man and is now about to be executed in front of his son. Suddenly, McCallister’s brother intervenes with several other townspeople. They gun down the wealthy man and all of his lackeys.

Briggs doesn’t intervene until someone points a gun at him. He then methodically kills all the rescuers, including McCallister’s brother. As he takes the money he is owed from the dying wealthy man and is about to depart, a grief-stricken McCallister grabs his brother’s rifle and tries to shoot Briggs, but the latter fires first, killing McCallister. Briggs then points his gun at McCallister’s son but ultimately decides not to shoot him and leaves.

Twenty years pass. In the intermediate period, Briggs met a woman named Ruth (Kerry Knuppe), who inspired him to be better than he was. Briggs left his life of violence behind, desperate to be worthy of her love. He got rid of the mustache, and they got married. In time, a daughter was born, whom they named Brooke. By the time narrative picks up again, Brooke is a teenager. The family lives outside the town on their own property, though Briggs has a store in the town, and Brooke also attends a school there. Briggs is happy, at least as much as a man like him can be.

However, when you have led a life-bringing death and destruction to others, violence has a way of finding you, no matter how much time you have spent hiding from it. While Briggs and Brooke are both in town, four outlaws come to their home. Although Ruth puts up a brave fight, it’s not enough, and she is brutally murdered. When Briggs and Brooke return home, they find US Marshal Jarett and his posse there. They are on the trail of the band of criminals who killed Ruth. They thought she lived there alone, and as she was already dead, they made themselves home.

Briggs first recognizes the Marshal, prompting the latter to realize who Briggs is. When Briggs asks the Marshal who is responsible for his wife’s death, the man tells him that he should focus on raising his daughter. Ruth turned Briggs into a good man from a killer. According to the Marshal, there is no need for Briggs to turn into a monster again. What the Marshal fails to realize is that Ruth’s presence in Briggs’ life might have pacified the monster, but it’s still very much alive deep inside him. After learning from the Marshal that the killers have left a brutal mess inside the barn, Briggs ventures inside and finds a message written for him on a wall in Ruth’s blood: “I owe you More.”

The Old Way Ending: Is Colton Briggs Dead? Does He Get Revenge for His Wife’s Murder?

Although revenge is the main motif of ‘The Old Way,’ the film cleverly subverts it, underscoring the endless circle that the pursuit of vengeance can be. After the Marshal and his posse leave, Briggs finishes burying his wife and then burns down his house. Taking the bare minimum things with them, Briggs sets out to hunt down his wife’s killers, with Brooke accompanying him. Up ahead, the criminals set up a trap for the Marshal and his men, hoping to eliminate them before they have to face Briggs.

However, the plans go awry when the seemingly youngest member of the group, a man named Boots (Shiloh Fernandez), shoots the man closest to him first and not the Marshal as he was told to. The Marshal survives the encounter, as do two of his men. Eventually, Briggs and his daughter find them. Briggs forces the Marshal to reveal the names of his wife’s murderers. Besides Boots, there are Big Mike, Eustace, and James “Jimmy” McCallister (Noah Le Gros). Even the name of the last one doesn’t make Briggs realize why the criminals targeted his home. 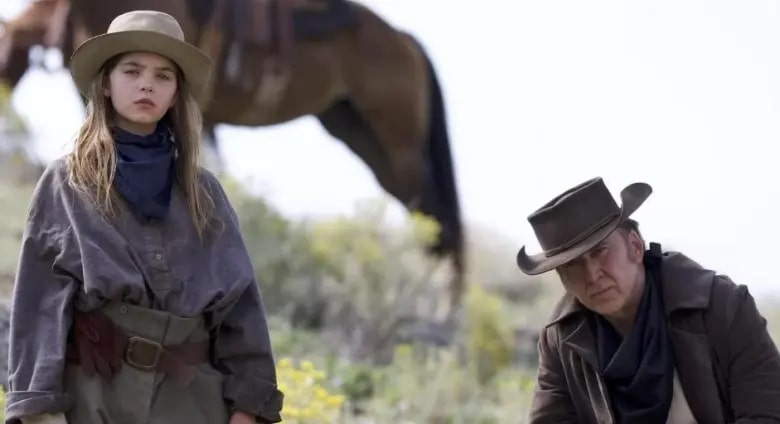 The criminals pick up a large cache of Mexican currency that Jimmy had hidden away before heading toward a Mexican town called Santa Rosa. Jimmy knows Briggs is coming after him, so he waits for him in a town he knows well. They also hire a few local people for the inevitable confrontation. Meanwhile, Briggs faces a dilemma. While his enemies know what he looks like, he can’t say the same thing about them. So, Brooke volunteers to go into the town. Unfortunately, they also know what she looks like and take her captive. After realizing something is wrong, Briggs decides to come into the town.

Briggs kills Big Mike and Boots but is shot by Eustace. He also kills the locals the criminals had hired before confronting Jimmy and Eustace. Jimmy reminds Briggs of their shared past and challenges him to a duel — the old way. Eventually, Briggs kills Eustace, and Jimmy shoots Briggs, wounding him fatally, but Brooke kills Jimmy with the gun her father was carrying. In one of the final scenes of the movie, Briggs dies in his daughter’s arms.

Who Is Jimmy McCallister? Why Did He Kill Ruth?

Jimmy is the son of Mr. McCallister from the start of the film — the boy Briggs spared. As he later relates to Brooke, the day his biological father died was when he was born. In the subsequent years, he turned into the monster he is now, crediting Briggs for the transition. He even considers Briggs as his second father and calls Brooke his sister. After he shoots Briggs, he looks up to the sky and tells his long-dead biological father that he has killed Briggs. While he is distracted by his euphoric joy of getting his revenge, Brooke gets the chance to shoot him. 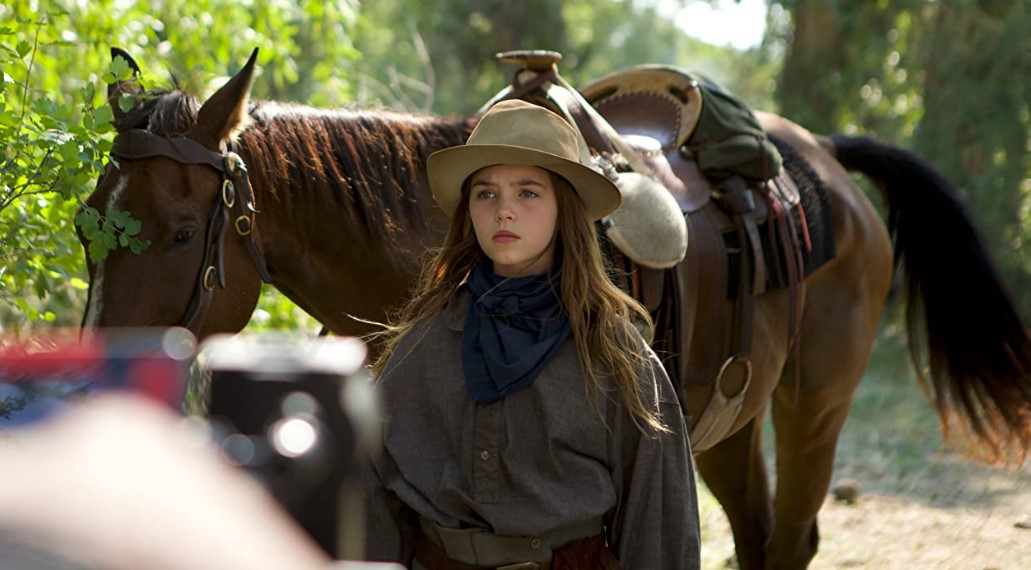 As a film, ‘The Old Way’ doesn’t necessarily glorify revenge but depicts the endlessness and futility of it. Briggs killed Jimmy’s father, which prompted Jimmy to kill Ruth, and that, in turn, forced Briggs to come for him. In the end, Brooke kills Jimmy for killing her parents. Brooke will probably hope that Jimmy doesn’t have a child of his own out there. If he does, the circle of violence will continue.

Are Briggs and Brooke Psychopaths?

It is established in the film that Briggs and Brooke don’t respond to grief like other people. The Marshal speaks about this to one of the members of his posse when he recalls that Brooke didn’t cry after her mother’s death. We later learn that she has inherited this trait from her father, who can’t cry either, though he can feel immense grief. However, after the death of her father, the enormity of her losses finally catches up to her, and she lets herself cry for the first time.

Although Jimmy wanted revenge for his father’s death, it wasn’t the only reason he came after Briggs and his family. He wanted the glory of killing the one and only Colton Briggs and achieving the infamy of the other man. Just before his death, Jimmy declares Brooke the monster, the true successor to her father’s legacy. But this seems erroneous. If anything, this ordeal has reaffirmed her humanity.