The Outlaws Ending, Explained: Is It Really a Banksy Graffiti?

Created by Stephen Merchant and Elgin James, the black comedy series ‘The Outlaws’ (initially ‘The Offenders’) ultimately aims for feel-good television. While the tight ending mars some of the fun, it is still an endearing and goofy series, complete with a stellar cast ensemble (including Christopher Walken) embodying quirky characters.

The story follows a chain gang of seven embroiled in money embezzlement and laundering operation. The motley crew comes together for a community payback exercise, while the show oozes a community feeling. If you seek to revisit the ending from closer quarters, let us be of help. SPOILERS AHEAD.

Rani Rekowski’s family looks forward to her Oxford degree, but many burglary incidents send her to Bristol Community Services. In the office of Community Service officer Diane, she meets her fellow inmates — small-time crook Frank Sheldon, divorced lawyer Gregory Dillard, radical activist Myrna Okeke, right-leaning businessman John Halloran, Christian Taylor (whom we later discover to be Ben, an imposter of Christian), and social influencer Lady Gabriella Penrose-Howe. A bus takes the titular offenders to a rundown community center, which they have to spring-clean and renovate.

Myrna and John become natural enemies, while Rani has a crush on Ben. Later in the day, Gabby offers Ben a joint, and despite his best wishes, he does not think a few drags would harm him. Meanwhile, Diane’s superior comes for a visit and discovers Gabby, Ben, and Rani at the back. John Halloran seems to know the “lot” of Ben, which leads to a fight that Gabby streams on her social media account. John seems to have an upcoming business deal with the Chinese, and Frank gives him the idea of arranging the fabled Chinese wine, “Guanxi,” for a smooth dealing.

With the tip, John finalizes the deal with Chairman Yang, almost saving his family business. However, he fails to reach the venue on time the following day (thanks to Diane), and Chairman yang’s daughter finds the fight video from Gabby’s account. With the double mishaps, Chairman Yang cancels the deal, going to a rival firm. In another incident, people from the Brookhill Crew visit Christian during the service, asking him to pull off a job in the suburban neighborhood of Lawrence Hill.

Christian wants out, but the gang leader is not in a mood to negotiate. However, Christian wants more to leave his sister Esme out of the gang business. Thus, he agrees to do the task under one condition — they have to leave Esme out of this. The Brookhill Crew leader gives him a gun, and when a heat gun goes missing from the toolbox, Diane asks all the offenders to show their bags. Of course, since Christian is a person of color, John readily accuses him of stealing, creating a situation where Christian may have to accept heavier punishment with a gun in his possession. 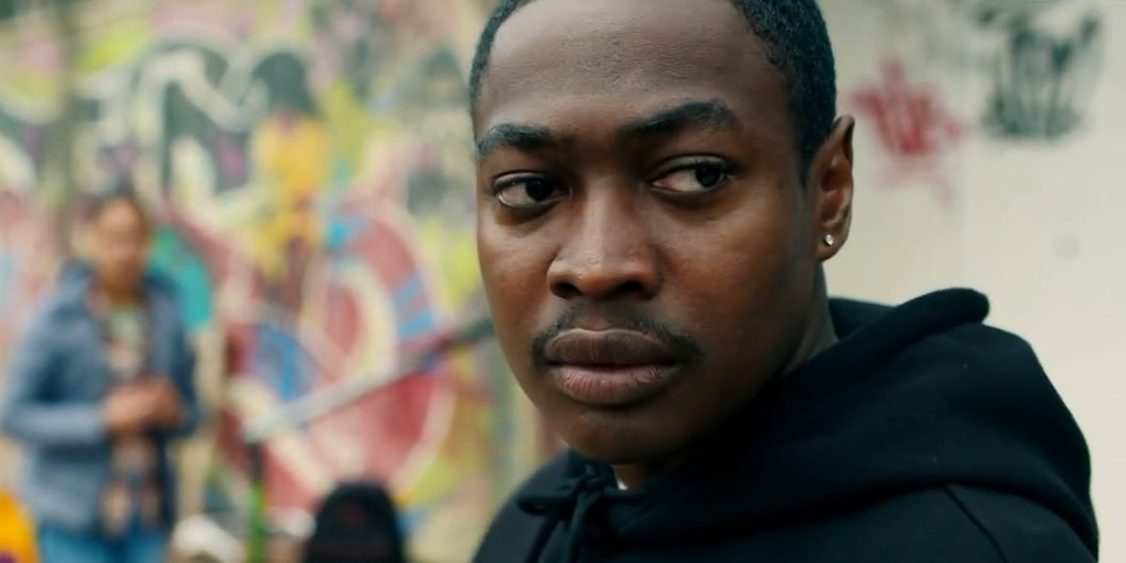 Genius Rani effortlessly gets the gun out of the bag and past the security check on their way out. She returns to Christian his weapon outside the premises and agrees to teach his sister, asking him to stay out of trouble. With his back against the wall, Christian does not have a way out of the cycle of crime. Masked, he heads to the rival gang den in Lawrence Hill, asking for the “line.” With the phone (which includes all their contacts), Christian finds a hefty amount of money. He almost gets shot in the process, but Rani comes to help by creating some diversion with the headlights of her family car.

Christian flees while the goons note the number of the family car, along with the “Rekowski” sign. While Rani heads home and erupts in a celebration, Christian hides the money in a ceiling compartment in their place of detention. Frank, who stole the heat gun, thinks of throwing his grandson a party to help him woo some girls. He also asks for a presence from Gabby, and Her Ladyship agrees to grace the party with her presence free of cost.

While working, Myrna finds the bag of cash, taking it to John. The two later bring it to the party in Frank’s house. They weigh all the options — Frank, who does not have a moral compass, asks the two to think about how their life can change if they escape with the money. Both Myrna and John agree to hand the money over to the police. 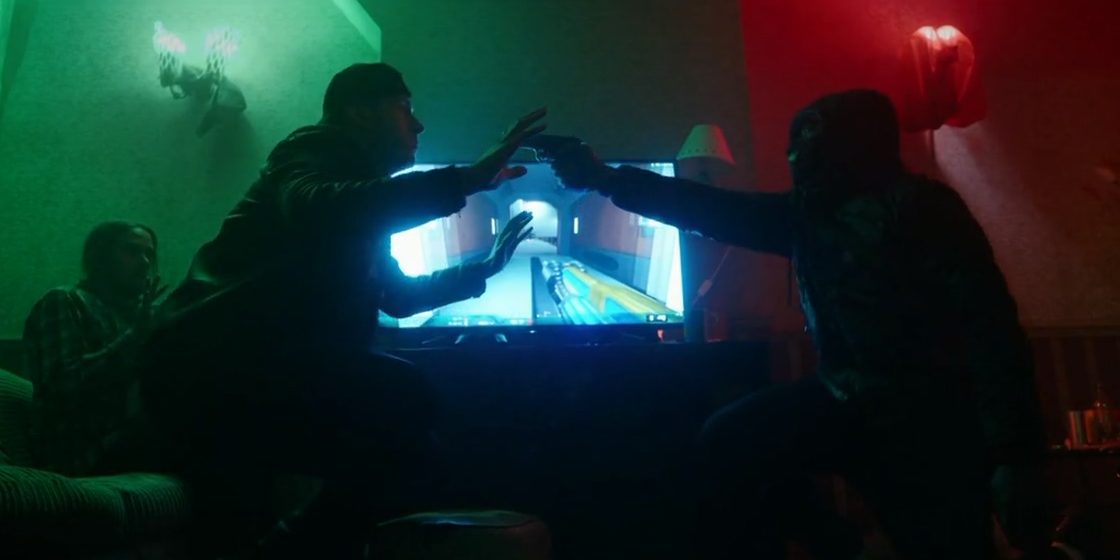 However, after the cancellation of the deal, John’s family is financially tight, which results in John having a change of heart. Myrna also counts herself in, hoping to use the money for her liberal leftist group, A38. On another side, the goons visit Rani’s house, catching her by surprise when her parents are not at home. Rani distracts them by making up a story about passing through the place, while her father Jerzy later tells Detective Lucy Haines that he was out on a late-night job, covering up for Rani. Meanwhile, Shanthi and Jerzy keep Rani on edge, asking her to leave and give up her Oxford study. If she does not meet Christian, they can let her stay.

With some help from Esme, the bond between Christian and Rani has grown stronger. However, despite Rani helping, Esme decides to bunk her exams, asking Malaki for work so that she can live independently. But she gets wrapped up in mixed signals, shooting the Brookhill Crew lieutenant Spider (who also happens to be Gabby’s dealer). Rani snitches on Christian twice, and when Christian and her sister go AWOL after Diane finds the gun, the group has another change of heart. Frank looks forward to an escape, but he chooses to stay as his grandson burns his ticket and money that he set aside from the bag.

The Outlaws Season 1 Ending: Is It Really a Banksy Graffiti in The End?

In the final moments of the first season, Frank paints over graffiti with “Banksy” written over it. The mural shows a rat amidst two painting cans, and Frank contends that it’s “awfully good.” Meanwhile, Diane, deep in the final pages of a Lee Child book, mistakes it for an actual rat, asking if the creature weighs more than ten kilos. Assured that it is a graffiti rat, she asks Frank to paint over it. If you are not living under a rock, you would be familiar with the England-based graffiti artist-activist Banksy. 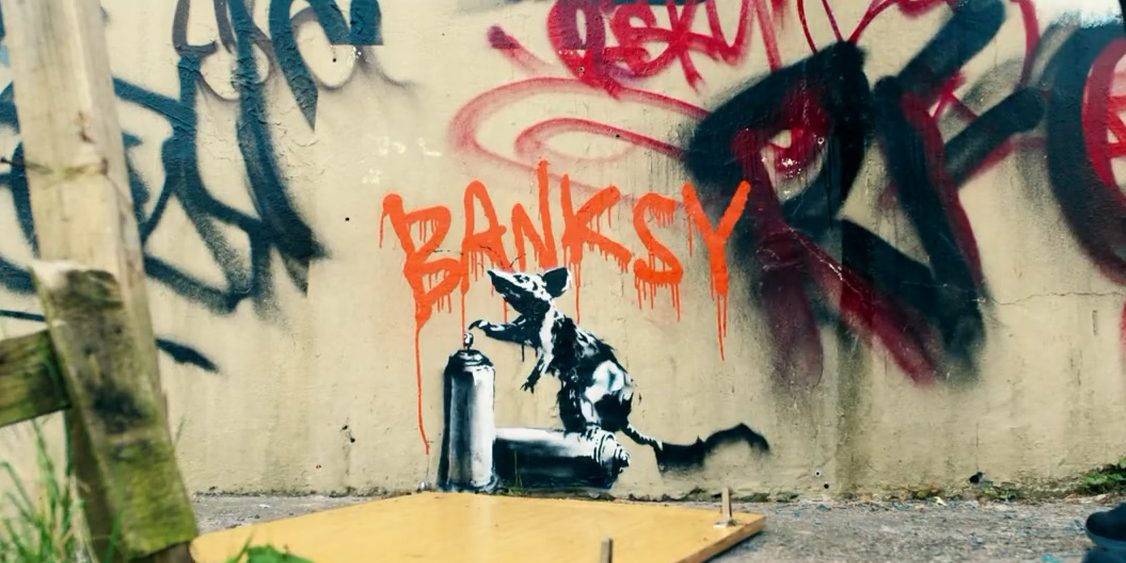 His creations like Hula Hoop Girl, Rage, Flower Thrower, and One Nation Under CCTV have caused a media uproar. While the artist has not revealed his real name, he has appeared anonymously in his own 2010 documentary ‘Exit Through the Gift Shop.’ And guess what, the mural in the show was actual graffiti by the legendary artist of our times. The news broke on November 10, 2021, weeks ahead of the season finale premiere, which was why the finale caused a lot of anticipation among fans. The credit section also begins with paying attribute to Banksy, so we know that it’s his creation. To some people, the ending did diminish the exuberant ambiance of the show to an extent.

Do Ben and Rani End Up in Jail?

The show begins with a daring burglary, and it is no wonder that the kleptomaniac Rani develops a connection with flirtatious bad boy Christian. However, towards the end of the story, we discover that whom we think of as Christian is not Christian, and neither is he a bad boy. Malaki divulges that Ben was posing for him in the community payback since Malaki’s father is sick. Ben went to the Dean’s turf to obtain the phone with the contacts, and he got the money as a bonus. His only fault here is that he chooses to make a run with the money, which is a conscious choice.

The mistake leads to another, and on the other hand, Esme shoots Spider, causing more trouble. Concluding Spider to be dead, Esme and Ben head to an Airbnb while the gang meets their well-meaning but drug-addled mother. When they finally reach the Airbnb, Ben confesses to using the gun. Greg asks him to surrender, but more drama awaits as the detectives arrive. Esme convincingly accepts pulling the trigger in front of detective Lucy.

But Ben counters by reminding Esme that she still has a hopeful future, to which Rani agrees. The other offenders are not of much help either, as they complicate the story. In the end, Diane agrees that Ben should get another 100 hours of community payback. We think that others get some punishment, too, for their complacency, as the chain gang graces the final scene together. Rani also may lose her ties with her family and end up with Ben, but that remains speculation for the second season.

Read More: Is The Outlaws Based On a True Story?