Netflix Review: ‘The Politician’ Gets Bogged Down by Hollow Narrative 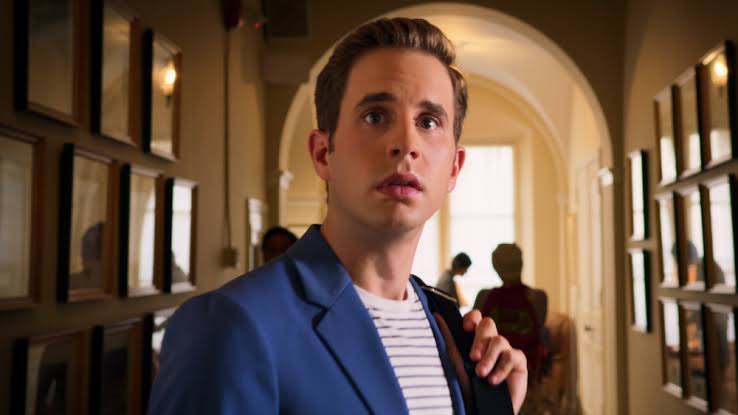 ‘The Politician’ is Ryan Murphy’s first show on Netflix, as part of his five-year deal with the platform. In the first episode, the series seems to be destined for greatness as we are introduced to Payton Hobart, the protagonist. While young people might be accused of lacking ambition, Payton is the opposite. He has a clear cut goal of becoming the President of the United States and has studied the lives of former presidents in order to determine the most effective way to get there. Payton sees that the first step is to become the student president at the Saint Sebastian High School, which is a well-to-do institute. However, he immediately faces competition from a well-liked student, River, who looks like a cross between Henry Cavill and Matt Bomer.

As the rivalry gets heated up, Murphy notches up the drama as well, with River killing himself. This pits Payton against Astrid, River’s ambitious girlfriend. Our aspiring candidate, Payton, is aided by Alice, his high school sweetheart and First Lady stand-in, as well as two loyal friends, James the political advisor, and McAfee the overall campaign manager.

Murphy systematically takes us through the characters on the show, including Payton’s running mate, Infinity Jackson, who is apparently a student suffering from cancer. Astrid’s running mate happens to be Skye. We are introduced to the stereotypical characters in the universe Murphy has created, where Astrid appears to be the rich white girl who gets her way and Skye is the radical and queer person of color. Payton’s friends are loyal and outspoken but their motives are never explored completely in the show. It is almost as if the show is trying too hard to be appear inclusive (or, in short, tries to virtue signal).

As the episodes of the ‘The Politician’ continue, we catch glimpses of the opulence of their family lives. The quirky family dramas, accentuated by a wonderful performance from Gwyneth Paltrow, and the color palettes are sometimes reminiscent of Wes Anderson’s works. A word of praise must also be set aside for Murphy regular, Jessica Lange, who plays the role of the villainous and manipulative grandmother to Infinity. Lange does the best with her character and by the time the show is over, we feel slightly sorry for the character’s motives while positively hating her.

Coming back to ‘The Politician’, the drama leading up to the student election is intense, with Astrid seemingly being kidnapped, leading to Payton’s arrest. In fact, there are two assassination attempts, using poison, on Payton’s life within one week. It seems that Murphy has gone overboard in some parts of the show.

While ‘The Politician’ might feel one dimensional and overwhelming at times, the series is partially saved by Ben Platt’s performance as Payton. The Tony Award winner’s talents are used well as Murphy includes musical numbers in the series, which ‘Glee’ fans will definitely love. Moreover, Platt’s performance makes Payton transcend the boxed character that he would have otherwise turned out to be.

Although Payton seems like a conniving politician looking to further his own goals, the actor often reaches out to portray the tender pools of emotion that seem to be hidden behind Payton’s walls. Payton, the person and the politician are two very different people, which Platt wonderfully switches between. In fact, one instance that comes to mind is when Payton is asked to resign as the student president and tells the Principal that although he is not a good person, he has always tried to do good for the school. Another instance is his heartfelt performance of Billy Joel’s ‘Vienna’, where he captures the fact about how his ambition had made him unable to feel while he was in high school.

This brings us to the most important talking point in Murphy’s show, ‘The Politician’, that is, the politics itself. At its core, Murphy seems to be saying that if we listen to our youth and let them rise up, maybe they can usher in some change. At least that seems to be the message in the final episode when Payton decides to run for State Senate against a Democratic Party candidate who has remained undefeated. Moreover, it sets up the field for the imminent upcoming season where the battle will be fiercer and the stakes higher, for Payton.

Nonetheless, Payton’s policies seem to be about bringing intersectionality, but necessary changes that most of us believe are easy to enact when we are young and optimistic turn out to be way too challenging. There is a notable scene where strong stances are taken against guns being sold near the high school. Murphy also excellently portrays how the average voter remains unaffected and feigns indifference to an ongoing election unless it affects them directly.

‘The Politician’ seems to tackle a lot of issues, showing how politics can be a means of change, how class and personal privilege causes divisions and how important mental health is. However, the show never explores any of these ideas fully. It seems to be spitballing these ideas and explaining them with half-baked motives that focus more on melodrama than the actual message. As a result, despite having a great cast with all the necessary boxes ticked off – different sexual orientations, socioeconomic backgrounds, genders, and races, it still feels as though the characters are being somewhat exploited since they have not been given the meaningful screen space and time to develop more fully. It appears that Murphy’s show, much like its protagonist Payton, knows which boxes to tick off in order to become a success, but remains hollow ultimately.