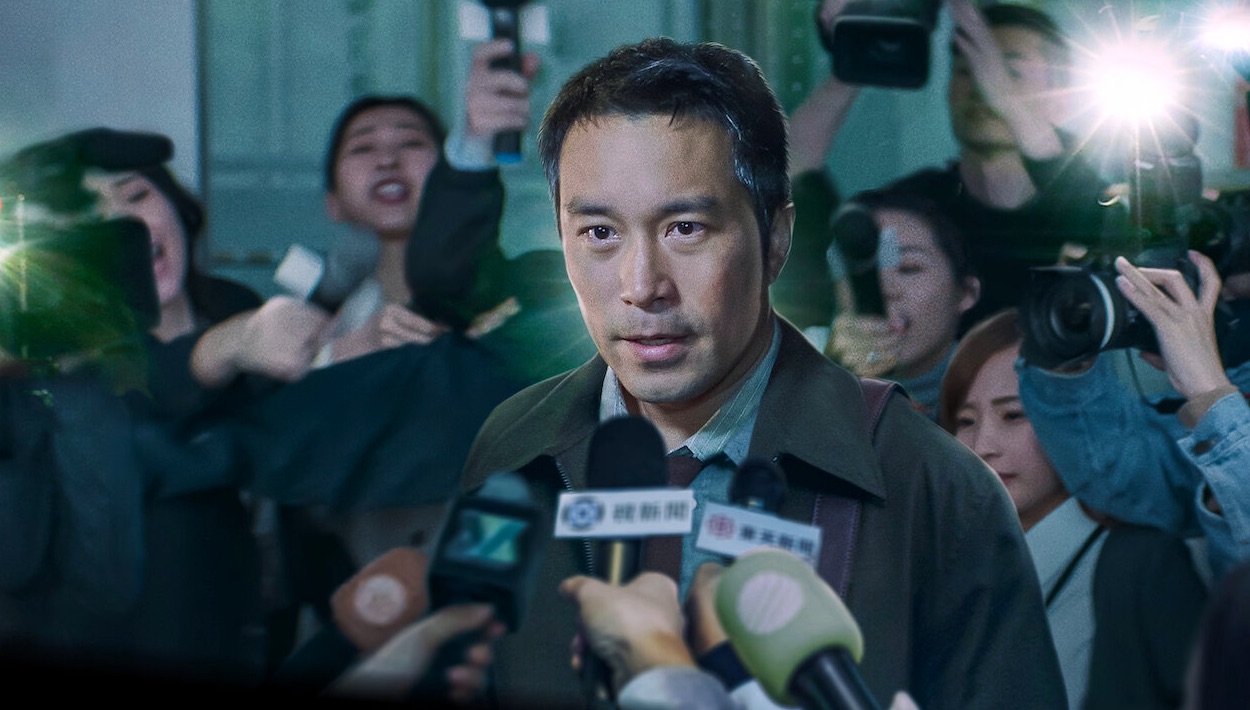 Netflix’s ‘The Post-Truth World’ follows the story of a reporter who gets entangled in a years-old murder investigation. Zhang Zheng-Yi was a promising baseball player, on his way to America. All of his plans are derailed when his girlfriend is found dead and he is the only suspect. With all the evidence pointing against him, Zheng-Yi is arrested and sent to prison. He maintains his innocence, but no one believes him. Seven years later, he breaks out of prison, and with the help of a reporter, Liu Li-Min, he uncovers the shocking truth behind the death of Wang Shi-Yun. The film ends with the revelation of the killer, but there is a post-credits scene that completely repaints the picture. Here’s what it means.

While Zheng-Yi is convicted for the murder of Shi-Yun, it is clear from the beginning, that he is not the killer. Seven years into his sentence, he breaks out of prison when he discovers a new lead in the case. Shi-Yun’s brother sends a message to Zheng-Yi, telling him about the secret bank account of his sister, in which she had six hundred thousand dollars. It becomes all the more suspicious when Shi-Yun’s father shreds the passbook, without showing any inclination to investigate it further.

In the post-credits scene, we find Li-Min comparing two audios. One audio is Shi-Yun’s last message to Zheng-Yi, before she died. Zheng-Yi reveals that he listened to that audio all the time when he was in prison. He was trying to identify noise in the background. He thought it might give him some hint about the killer’s identity. The second audio is from the video that Li-Min took when he was visiting the old lady, named Mei-Zhi, who had been a witness to the murder. She had previously testified against Zheng-Yi, which had been instrumental in his conviction.

It was the old woman’s grandson, who later confessed to Shi-Yun’s murder. He said that he’d walked in on her while the drug deal was ongoing. The scuffle between them ended up in Shi-Yun’s death. Fearing for his life, he wiped away all the evidence and fled. It was later that Zheng-Yi showed up and was taken into custody for being the murderer. At first, Li-Min believes that the grandmother lied in her testimony because she was trying to save her grandson, Zeng Jing-An. But then, the comparison of the audio reveals something else.

Li-Min hears the same noise in the background of the second audio, which Zheng-Yi had been trying to identify all this while. He realizes that sound is the one made by the old woman’s leg brace. This confirms that she was there when Shi-Yun was killed, which leads Li-Min to realize that the story Jing-an told was true, but it wasn’t he who committed the murder, but his grandma. It wasn’t the grandma trying to save her grandson, but the other way around.

This revelation is much more horrifying for Li-Min, because this means that he and Zheng-Yi have committed a crime and they can’t come clean to the world about it. In trying to clear Zheng-Yi’s name, they told the world that Jing-an was the murderer. Zheng-Yi kills him in rage, believing that it was he who killed his girlfriend. Li-Min lies to save Zheng-Yi from going to prison again. He says that the murderer had tried to kill Li-Min and Zheng-Yi killed him in self-defense. The fact that the old woman was the murderer flips Li-Min’s ideology. He had vowed to bring the truth out through his journalism, no matter what. He got the views he needed to save his channel and his show. It made him famous, but for all this, he had to lie. Even though he knows the truth now, he will have to keep it a secret for the rest of his life.

Read More: Where Was Netflix’s The Post-Truth World Filmed?