The Recruit Ending, Explained: What Happened to Max and Owen? 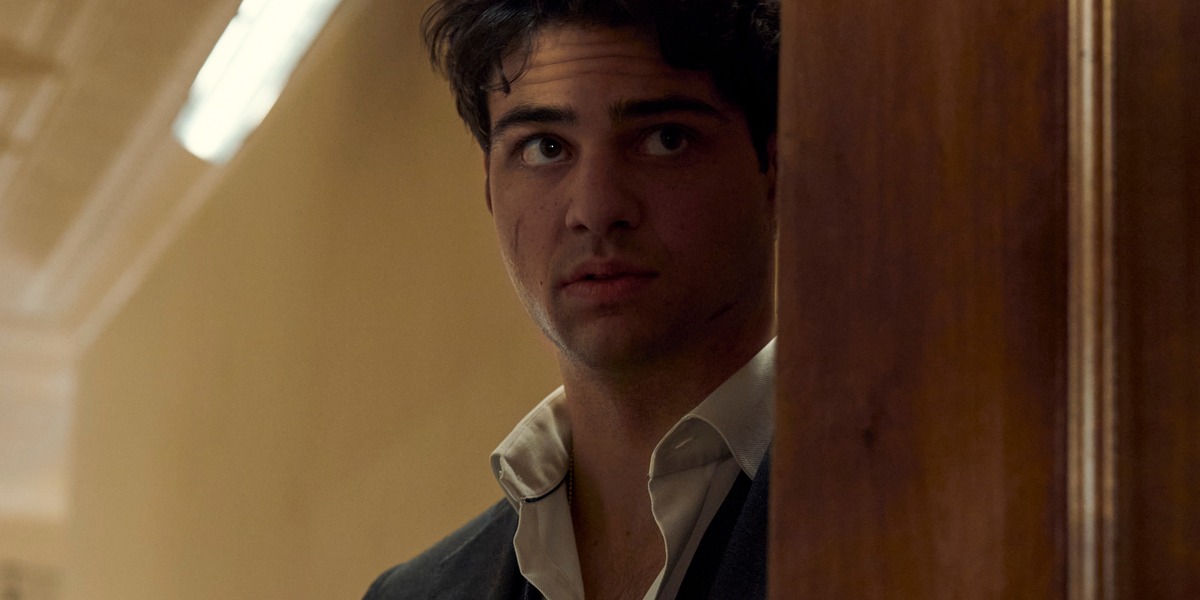 Netflix’s ‘The Recruit’ breaks the conventions of the espionage thriller genre by setting its story around a young and inexperienced lawyer working for the CIA. The action-comedy series created by Alexi Hawley (‘The Rookie‘) focuses on Owen Hendricks (Noah Centineo), a newly recruited CIA lawyer tasked with handling grey mail received by the agency.

Owen’s paths cross with Maxine “Max” Meladze, a dangerous and manipulative woman claiming to harbor the CIA’s darkest secrets. However, as Owen works with Max, he faces several dangerous situations. If you are wondering whether Owen overcomes all the challenges and survives the pressures of his high-stakes job, here is everything you need to know about the ending of ‘The Recruit’ season 1! SPOILERS AHEAD!

‘The Recruit’ follows Owen Hendricks, a fresh out of college lawyer who is recruited to work for the CIA’s General Council’s Office. Owen is a rookie and struggles to learn the ways to navigate the highly demanding job. His colleagues, Violet and Lester, try to sabotage him. They assign him the greymail folder that includes messages from various people claiming to know the CIA’s secrets. Owen discovers a threat from a woman named Maxine “Max” Meladze, who claims to be a former CIA asset and threatens to leak sensitive information if she is not freed from prison.

Owen meets Max and verifies her claims. He realizes that Max’s threats are credible. Therefore, Owen seeks permission from his boss, Nyland, to investigate the matter further. As Owen works to release Max from prison, he makes morally ambiguous choices. However, Owen quickly figures out that leverage is the most important tool for navigating the CIA world. Meanwhile, Owen’s personal life suffers, and his friends Hannah and Terence worry about his mental well-being. Owen also starts dating Amelia Salazar, a colleague at the General Council’s Office.

Eventually, Owen discovers that Max used to be close to high-ranking members of the Council, a Russian mafia group. She was forced to flee Belarus after the country was hit with sanctions. She moved to the USA and started a safe house business. However, she killed a man for assaulting her friend and was imprisoned. Since Max is a foreign national, it is difficult to get her case dismissed. Moreover, there is an eye witness who could sway the jury’s decision. Nonetheless, Owen overcomes all the obstacles and frees Max from prison. However, he is manipulated and faces near-death experiences several times in the process.

Owen’s nightmare does not end after Max is released. Agent Dawn Gilbane arrives at the CIA and convinces Nyland that Max could be a helpful asset due to the changing political landscape in Russia. Therefore, Nyland agrees to use Max as a vetted CIA asset in Russia to gather intelligence. As a result, Owen is dragged back into Max’s life and forced to work with her through the dangerous mission. However, Max promises not to manipulate Owen, and they agree to work together.

The Recruit Ending: Why Did Max Kill Kusnetsov? Does Owen Quit the CIA?

In the finale, Max and Owen make all the arrangements to meet General Kusnetsov. The operation overseen by Agent Gilbane is meant to reinstate Max in the Council, the Russian mafia outfit connected to Russia’s political leaders. However, given Max’s past, it is likely that Kusnetsov will not reinstate Max in the Council. Therefore, the mission is highly dangerous. During Max’s conversation with Kusnetsov, a group of mysterious assailants attacks the facility. Gilbane’s squad engages the attackers while some sneak inside. Owen enters the facility to help Max. While fighting the attackers, Kusnetsov is shot in the leg.

Owen kills one of the attackers before he can hurt Max. The experience traumatizes Owen, and he feels disgusted. However, Max kills the remaining attackers. She realizes that Kusnetsov is still alive. As Kusnetsov refuses to allow Max back into the Council, she cannot leave him alive. Moreover, with the attack on the facility, it is easy for Max to get away with the murder of an official like Kusnetsov. While Owen pleads with Max not to kill Kusnetsov, she shoots him dead to further her agenda.

Ultimately, Max killing Kusnetsov in cold blood causes a rift between her and Owen. The rookie lawyer is disgruntled by the bloodshed, violence, and selfishness involved in his line of work. Therefore, Owen decides to quit his job ending Max’s chances of escaping the massacre unscathed. She needs Owen to justify her actions in the field of work legally. However, with Owen quitting, Max has no choice but to face the consequences of killing Kusnetsov. Nonetheless, an unexpected threat greets them before Max and Owen can reflect on their choices.

Who Kidnapped Max and Owen? Is Max Dead?

In the episode’s final moments, Max is kidnapped by a mysterious group of masked assassins. Meanwhile, Owen calls Hannah, who is waiting for him in Prague. Hannah arrives in Prague after realizing that Owen might be in danger. However, she ends up creating more problems for Owen. In the end, Owen meets Hannah at a memorial park. The duo has unresolved feelings for each other and finally meets to address their situation. However, before Owen can reunite with Hannah is also kidnapped.

When Owen opens his eyes, he finds himself in a warehouse alongside Max. Before Owen can comprehend anything, a mysterious woman enters the room. The woman previously met Owen and introduced herself as Marta. However, she appears to be an assassin working for the Council. Moreover, when Max identifies the woman as her daughter, Karolina, Owen is shocked. Previously, Max led Owen to believe that her daughter died years ago.

Karolina shoots Max in the chest before Max can justify her actions. It seems like Max is dead for good. However, Max’s death leaves a mystery surrounding Karolina’s past. Max hid the truth about her daughter from the entire CIA. Moreover, Max dying at the hands of her daughter implies that Max and Karolina were estranged from each other. Moreover, Max might have wronged Karolina in the past leading to her daughter seeking revenge. Nonetheless, after shooting Max, Karolina turns her attention to Owen. She questions Owen’s motivations and demands an explanation about Owen’s involvement in Max’s activities in Russia.

Ultimately, Max’s death leads Owen back to square one. He became involved in the mission merely because of his connection to Max. Owen wants to help Max get back home but becomes overwhelmed by her selfish actions. However, Owen’s chance of escaping the Council seems bleak without Max. Furthermore, Owen’s boss, Nyland, has instructed Lester and Violet to remove evidence of the mission if things go sideways. The duo is not very fond of Owen, and their first priority is to ensure that the CIA’s presence in the region goes undetected. Therefore, it is unlikely that the CIA will intervene to save Owen.

Read More: Is Netflix’s The Recruit Based on a True Story?