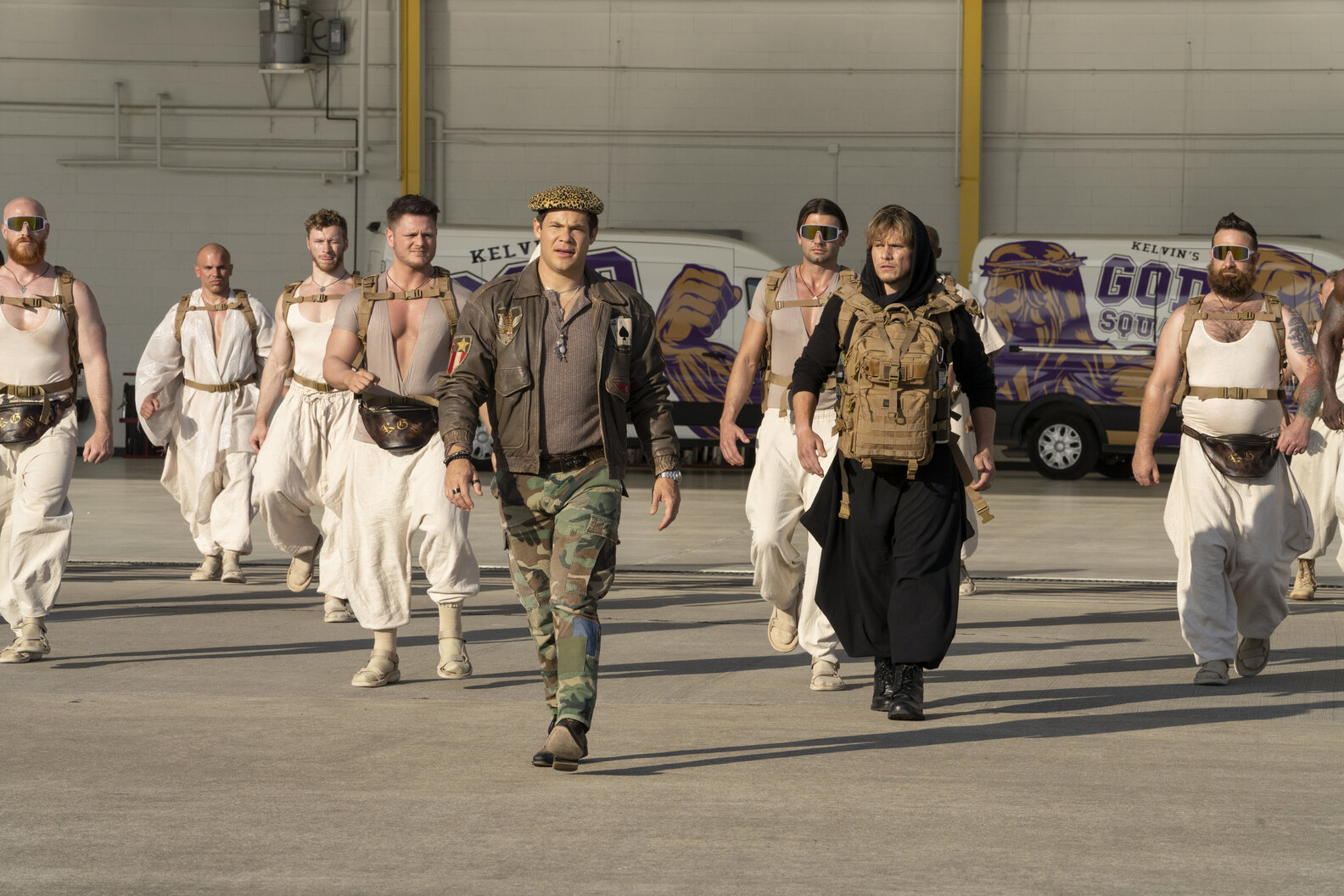 ‘The Righteous Gemstones’ is a perfect example of a blend of absurd humor and poignant drama. In season 2 episode 4, titled ‘As To How They Might Destroy Him,’ BJ’s (Tim Baltz) family comes for a visit as he gets baptized. A conflict starts to brew between Jesse (Danny McBride) and Amber (Cassidy Freeman) and the Lissons when the Gemstones admit they can’t invest $10 million in Zion’s Landing. As ever, the profoundly dysfunctional Gemstone family bicker and argue, and that eventually drives Eli (John Goodman) into doing something that he can never take back. Here is everything you need to know about the ending of ‘The Righteous Gemstones’ season 2 episode 4. SPOILERS AHEAD.

The episode begins with a flashback scene. “Baby” Billy (Walton Goggins) takes his son Harmon and his then-wife to the mall, promising Harmon that he will get him anything he wants for his birthday. Harmon wants a kitten, so they visit the pet shop. After distracting his then-wife with an errand, “Baby” Billy says goodbye to his son and walks out of their lives.

In the present time, BJ is set to get baptized by Eli in a massive ceremony arranged by Judy (Edi Patterson). His agnostic family arrives in Charleston, South Carolina, for the ceremony. Judy, self-centered as ever, has little time to spare for her husband’s family. Despite having a mansion with 14 rooms, Judy puts them up in a hotel. When BJ’s family brings it up, she states that she and BJ are already hosting “Baby” Billy and a visibly pregnant Tiffany at their home.

Elsewhere, Jesse and Amber tell the Lissons that they can’t invest the $20 million they promised in Zion’s Landing. Eli controls all the money in the Gemstone Ministries, and he refuses to get involved in Zion’s Landing personally. This prompts the Lissons to mock the Gemstones and leave abruptly. Meanwhile, Kelvin (Adam DeVine) struggles to retain control over the God Squad after Eli doesn’t allow them to go to Israel and walk the path Christ once supposedly did. Of all Eli’s children, Kelvin seems to have been hit the hardest by the notion that his father can have a romantic life after Aimee-Leigh’s death.

The ceremony itself goes reasonably well as Eli baptizes BJ. But as it always happens with the Gemstones, things soon devolve into utter pandemonium. BJ’s sister learns how utterly psychotic Judy is when the latter corners her in the toilet and claims that her (Judy’s) brothers have incestuous feelings for her. BJ’s sister later confronts her brother, who angrily throws a fistful of cake at her, which ends up hitting Eli. By the time Kelvin confronts his father, shoving and hitting him, Eli is at his wit’s ends. The pro-wrestler from deep within him surfaces once more, and he breaks his youngest child’s thumbs.

The Righteous Gemstones Season 2 Episode 4 Ending: Are Jesse and Amber Dead? Who Tries to Kill Them?

No, Jesse and Amber aren’t dead. While returning home on a luxury bus, the two of them are ambushed by four motorcyclists wearing helmets. They shoot up the bus, but miraculously not even one bullet hits either Jesse or Amber. Now, only a handful of people can be behind this attack. The most obvious suspect is Glendon Marsh Jr. or simply Junior (Eric Roberts). Like his father before him, Junior is probably involved in the Memphis underworld and uses his pro-wrestlers as his goons. After Eli severs his ties with him, Junior even sends a pro-wrestler to threaten him.

However, the attack seems to be quite well-coordinated, and Junior comes off as someone who won’t be able to pull off something like that. Since he was young, he has been boisterous but incompetent — more barks than bites. So, if not him, the alternative suspects have to be the Lissons. Jesse and Amber just told them they couldn’t be part of their project. So, this attack can be their way of ruffling some feathers in the Gemstone camp. And Jesse and Amber’s miraculous escape wasn’t miraculous at all. The Lissons still need the Gemstone money, and they know that they can get it only through Jesse and Amber.

Where Is “Baby” Billy Heading?

In one of the last scenes of the episode, “Baby” Billy leaves his pregnant wife behind and is shown driving toward Fayetteville, North Carolina. Given the episode’s opening scene, we can glean that the implication here is that he has left another family behind. While this can be true, it seems unlikely. He has a good life now, especially after mending things with Eli. And he probably wouldn’t want to jeopardize that by leaving Tiffany with the Gemstones.

That means that this sudden travel to North Carolina has a different purpose. “Baby” Billy is an incorrigible liar, but it seems that he is trying his best to be a good father to his unborn child. Now, this can all be a ruse. But if we are to give him the benefit of the doubt, we can presume that he is heading to see Harmon again. With the impending birth of another son, he might be feeling guilty of deserting the previous one and ardently seeks redemption.