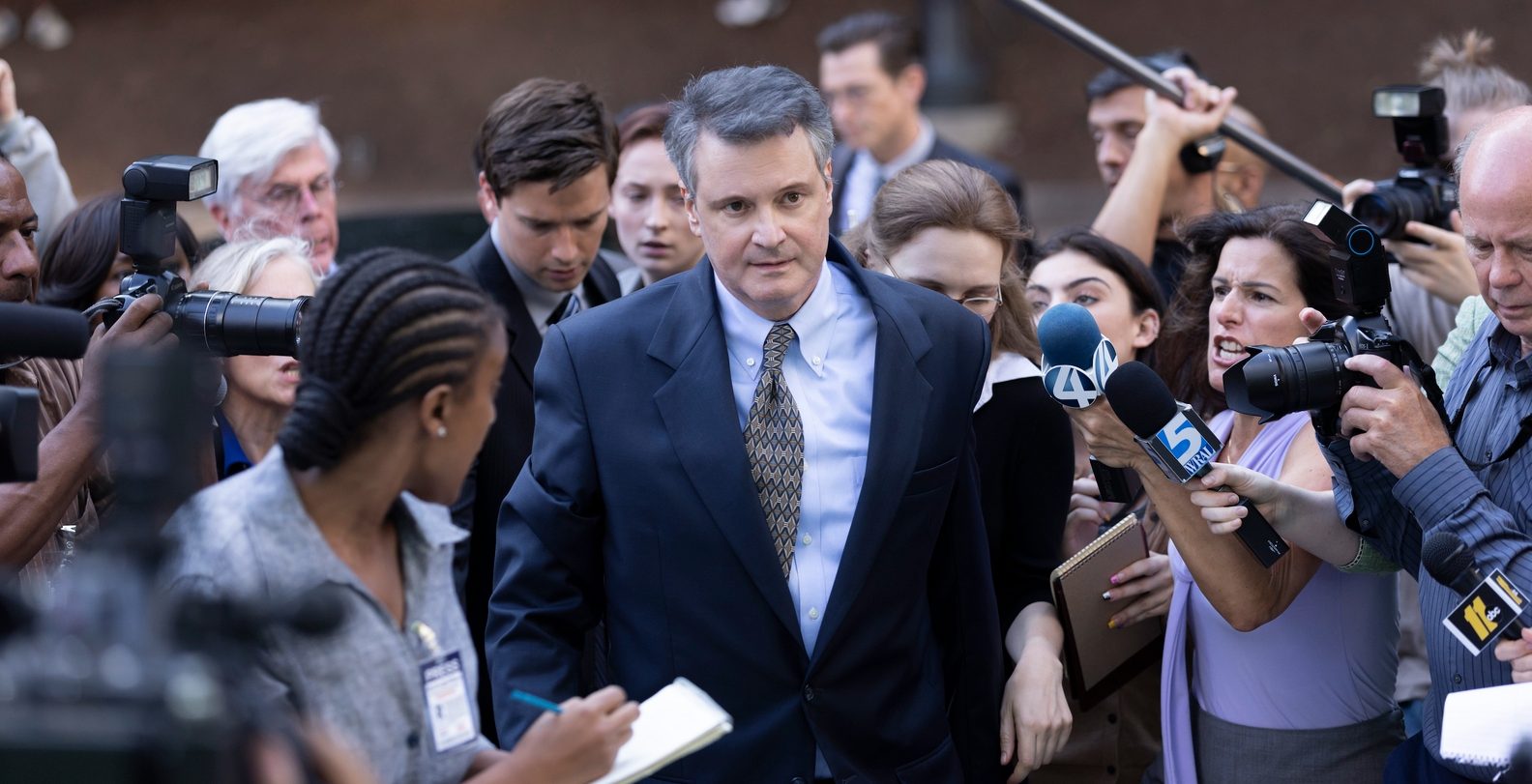 The fifth episode of HBO Max’s crime series ‘The Staircase,’ titled ‘The Beating Heart,’ follows the aftermath of the jury’s verdict in Michael Peterson’s trial. After getting imprisoned, Michael struggles with the hostility of his fellow convicts. He seeks the help of a fellow prisoner to not get targeted by the potent inmates. David Rudolf continues his efforts to get his client released. Sophie reveals her correspondence with Michael to Jean-Xavier and Denis Poncet. Since the episode ends with a major judicial decision concerning the fate of Michael, we have taken a magnified look at the same. Here are our thoughts! SPOILERS AHEAD.

‘The Beating Heart’ begins by depicting the hardships Michael suffers in the prison. He gets acquainted with a fellow inmate, who directs him to an influential prisoner. Michael strikes a deal with the prisoner for his safety inside the prison. Denis asks Sophie to include footage of Dr. Deborah Radisch in the docuseries in which she talked about the supposed strangulation Kathleen suffered. Sophie doesn’t believe in Radisch’s findings and makes it clear that she will not add the footage. She also reveals to Jean-Xavier and Denis that she has been in touch with Michael through letters. Denis suspects her of being biased towards Michael while editing the docuseries.

Michael’s family starts to raise funds for the expenses of his appeal and other needs concerning the case. Todd and Clayton visit Michael in prison and let him know that the value of their mansion has gone down significantly due to Kathleen’s death. When Todd misses adding money to Michael’s account, Clayton adds it and visits his father to inform him that he and Becky are expecting a child. Michael rejoices at the news that he is going to be a grandfather. Larry, a neighbor of the Petersons, goes through the autopsy photographs of Kathleen. Meanwhile, Michael comes to know about his appeal through a prison television.

The Staircase Episode 5 Ending: Why Does Michael’s Appeal Get Rejected? Will He Get Released From Prison?

After the jury’s verdict in Michael’s trial, David Rudolf files an appeal on behalf of his client at the North Carolina Court of Appeals. In the appeal, Michael’s defense counsel argues that the investigation of Kathleen’s death was conducted unconstitutionally, citing the example of the investigators’ usage of Michael’s personal computer. Rudolf believes that the trial will be deemed unfair to his client due to the violation of Michael’s privacy while garnering evidence for the case. The appellate court acknowledges that the seizing of Michael’s computer was unconstitutional but rejects the appeal.

The court rules that the materials found in Michael’s computer did not influence the jury’s verdict to deem the trial unfair to him. Or in other words, the court finds that Michael’s bisexuality, which gets revealed through the materials found on his computer, hasn’t swayed the jury to convict him. Although the appellate court rejects the appeal, Michael gets another chance to appeal to the North Carolina Supreme Court since the former court’s ruling wasn’t unanimous. Rudolf tells Michael that they have better chances at the NC Supreme Court to provide him hope.

Still, Michael stoops to despair when he comes to know that he may need to wait for a year or two for the NC Supreme Court to even consider the appeal and provide a ruling. Thus, Michael’s release from prison is not even on the cards for him until the higher court announces a ruling in favor of him.

Do Sophie and Michael Meet? Is Sophie’s Editing Biased Towards Michael?

When Sophie tells Jean-Xavier and Denis that she regularly communicates with Michael through letters, the producer starts to suspect his editor of being biased towards Michael. He asks her to include a piece of footage, which is seemingly against Michael, in the docuseries, only for her to dismiss it. Denis thinks that her reaction proves that she is editing their creation in favor of the convicted. To not escalate the predicament, she informs Denis that she is going to stop writing to Michael for the sake of their docuseries.

On the night of the docuseries premiere, Jean-Xavier tells her that her editing is “the beating heart” of their docuseries, validating her work despite Denis’ suspicion that she has been biased toward Michael. The director’s words assure Sophie that she has done her part in the docuseries truthfully, without favoring Michael. With that assurance, Sophie goes to the United States from France to meet him. Michael gets informed that he has an unforeseen visitor, only for him to meet the person who has extended her support since he was imprisoned.