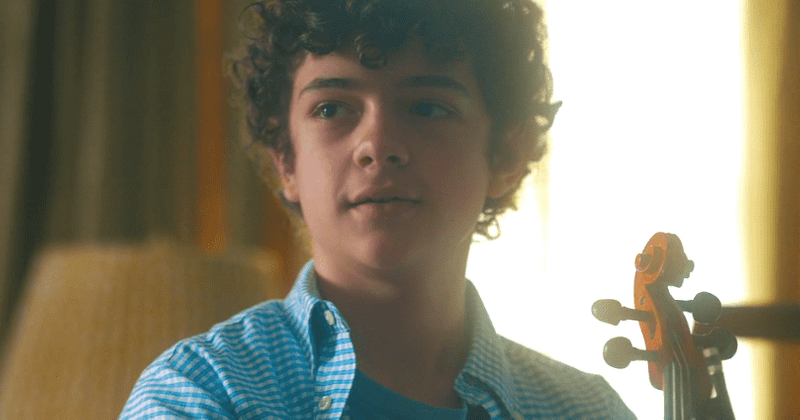 Created by David E. Kelley and directed by Susanne Bier, ‘The Undoing’ is a study of how lies and secrets affect a relationship and ultimately lead to its dissolution. It’s also a captivating example of a whodunit TV show. Episode 5, titled ‘Trial by Fury’, depicts Jonathan’s (Hugh Grant) trial with Haley Fitzgerald (Noma Dumezweni) serving as his defense attorney.

It also showcases Haley’s clash with Catherine Stamper (Sofie Gråbøl), the attorney prosecuting Jonathan. We learn about more things that Jonathan has lied about to his wife outside the court, while on the inside, Haley takes the prosecution’s case apart bit by bit. The episode ends with a reveal that arguably no one saw coming. SPOILERS AHEAD. 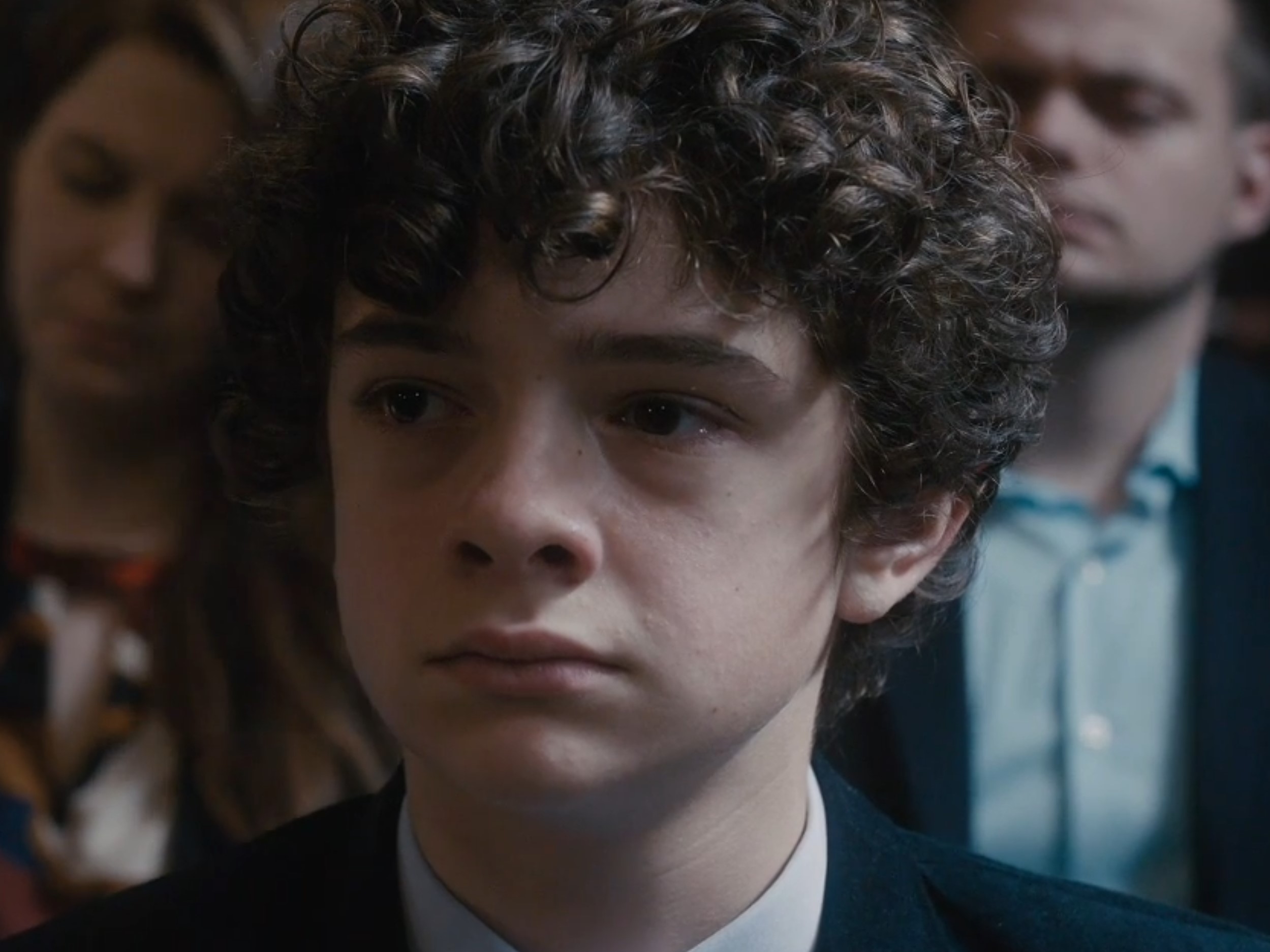 The focus of the fifth episode of the HBO/Sky Atlantic series oscillates between Jonathan and Grace (Nicole Kidman), with considerable attention to Henry’s (Noah Jupe) perspective as well. It opens with Henry watching his father’s interview from episode 4 before Reardon’s principal, Robert Connaver (Jeremy Shamos), approaches him. The scene then shifts to Jonathan and Grace. He asks her, likely for the umpteenth time, what she had been doing a block away on the day of Elena’s (Matilda De Angelis) murder.

Grace seems both defensive and frustrated and asserts that she was out for a walk. People soon start recognizing Jonathan, prompting them to leave. Haley begins preparing them for the trial, telling them in no uncertain terms that they have to project a united front. When Jonathan voices his skepticism about their defense, Haley says that it’s “fluid,” which means that they will respond to whatever the prosecution throws at them. During the opening statements, Stamper underscores the brutality of the crime. then Haley turns it around by presenting Jonathan as someone who was deeply in love with the victim.

Because of this, Haley claims, Jonathan was incapable of murdering her. She then speculates that someone with enough hatred and jealousy could have done it, implying Fernando (Ismael Cruz Córdova). The prosecution puts Detective Joe Mendoza (Édgar Ramírez) and Fernando on the stand. Both of their testimonies begin to unravel under Haley’s scrutiny. Despite what he said earlier, Henry seems to have held onto the hope that his parents will get back together after all this, especially after Grace tells him that they can survive anything as they have made it through this far.

Jonathan reveals to Grace that he lied when he said that his dog was killed in a car accident when he was young. In reality, his 4-year-old sister, Katie, got killed, and Jonathan has been blaming himself for it since then. Grace finally has a conversation with Jonathan’s mother, the first time since the wedding, over a video call, and learns that Jonathan never showed any grief or remorse for the death of his sister. The fifth episode, like all the ones that came before it, ends on a cliffhanger, with Grace finding the murder weapon, a sculpting hammer, in Henry’s violin case. So is Henry the killer?

Episode 5 demonstrates why Haley has the reputation of being the best defense attorney in the city. Stamper is highly competent, but Haley is something else entirely. She instantly recognizes the potential she has with her charming and persuasive client and puts him and those traits of his on display on national television. During the trial, Haley uses the vulnerability that Jonathan displayed during the interview and builds her case around the notion that he was deeply in love with Elena.

She carefully places seeds of doubts in the minds of the jury members by pointing out what, according to her, are the discrepancies in the investigation. As Haley tells the Frasers, their focus will be to shift the blame to Fernando. To do that, she must first showcase the detectives’ incompetency. During her cross-examination of Mendoza, Haley catches him in his attempts to omit the truth by showing the clip of Grace on the night of the murder, after he says that no one else among the people involved was there in the vicinity.

When the prosecution brings Fernando to the stand, she uses him to poke more holes into the prosecution’s case. It’s a dangerous strategy. There may very well be one or more jury members who consider this line of defense to be offensive, as Fernando does, but it’s clearly effective. Haley not only successfully projects Fernando as a possible suspect but also brings up the possibility that Elena had other lovers.

Is Jonathan a Sociopath?

Kelley and Bier again masterfully use Grant’s inherent charm to add more layers to Jonathan. The main implication in episode 5 is that he is a sociopath. Jonathan can show that he is grief-stricken and ashamed while feeling neither of those emotions. When he tells Grace about what happened to Katie, despite it being yet another lie that he told her, Grace can’t help but feel sympathy for him. He even tells her that it was the shame and grief for being responsible for his sister’s death that led him to pediatric oncology.

Grace has been trying to talk to her mother-in-law Janet throughout the episode. She finally receives a video call from her late at night. The series immediately establishes the type of person she is by showing her correcting Grace’s grammar. It is clear that the estrangement between the mother and the son is not just thousands of miles of physical distance. She holds Jonathan responsible for Katie’s death and indicates that he always displayed sociopathic tendencies – never showing any reaction to Katie’s death and leaving home as soon as he can.

With Grace discovering the sculpting hammer in Henry’s violin box, the case has opened up to a multitude of possibilities. One of them is that Henry is the killer. He obviously had the motive to carry out such a heinous act in a fit of rage. As we learn in this episode, Henry knew that his father was having an affair with Elena. The problem with this theory is whether he had the strength or drive.

It is more likely that Henry followed one of his parents (most likely Jonathan but we can’t rule out Grace yet as she has proven herself to be an unreliable narrator) to Elena’s studio, and after he saw them committing the act, took the murder weapon from there. Evidently, he loves both his parents and will go to any extent to protect them.