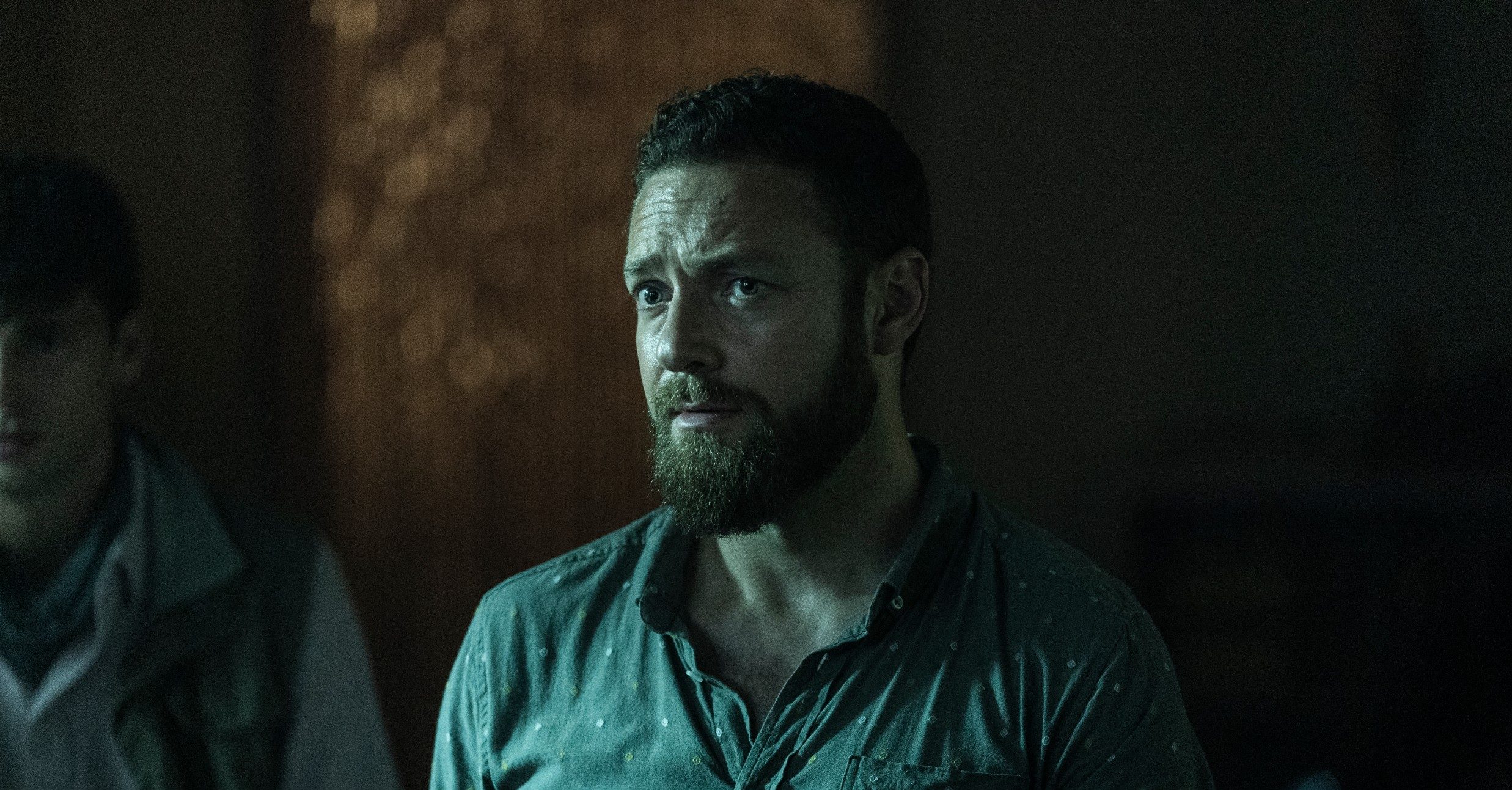 The thirteenth episode of AMC’s post-apocalyptic series ‘The Walking Dead’ season 11 follows the aftermath of Maggie’s decision to pass Pamela’s offer. Lydia gets prepared to leave for the Commonwealth seeking better living conditions. Her journey gets interrupted by an unknown horse rider, who leads Maggie, Lydia, and Elijah to Aaron. Before the unknown rider arrives at Hilltop, Aaron and Gabriel accompany Toby Carlson to meet a religious group, inciting severe repercussions. Since the episode ends with startling developments and unanswered questions, we have taken a detailed look at the same. Let us share our thoughts! SPOILERS AHEAD.

The thirteenth episode of the eleventh season, titled ‘The Lucky Ones,’ begins with Lydia preparing to leave for the Commonwealth. When she steps out of Hilltop’s gate, she sees a horse rider approaching the wall. The rider, who is badly hurt, gives a map to Lydia and Elijah before dying. They convince Maggie to leave for the place on the map. In the middle of their journey, they come across Aaron, who explains the predicament to them. Earlier the same day, Aaron and Gabriel accompany Toby Carlson to offer help to a religious group living in a secluded apartment building. 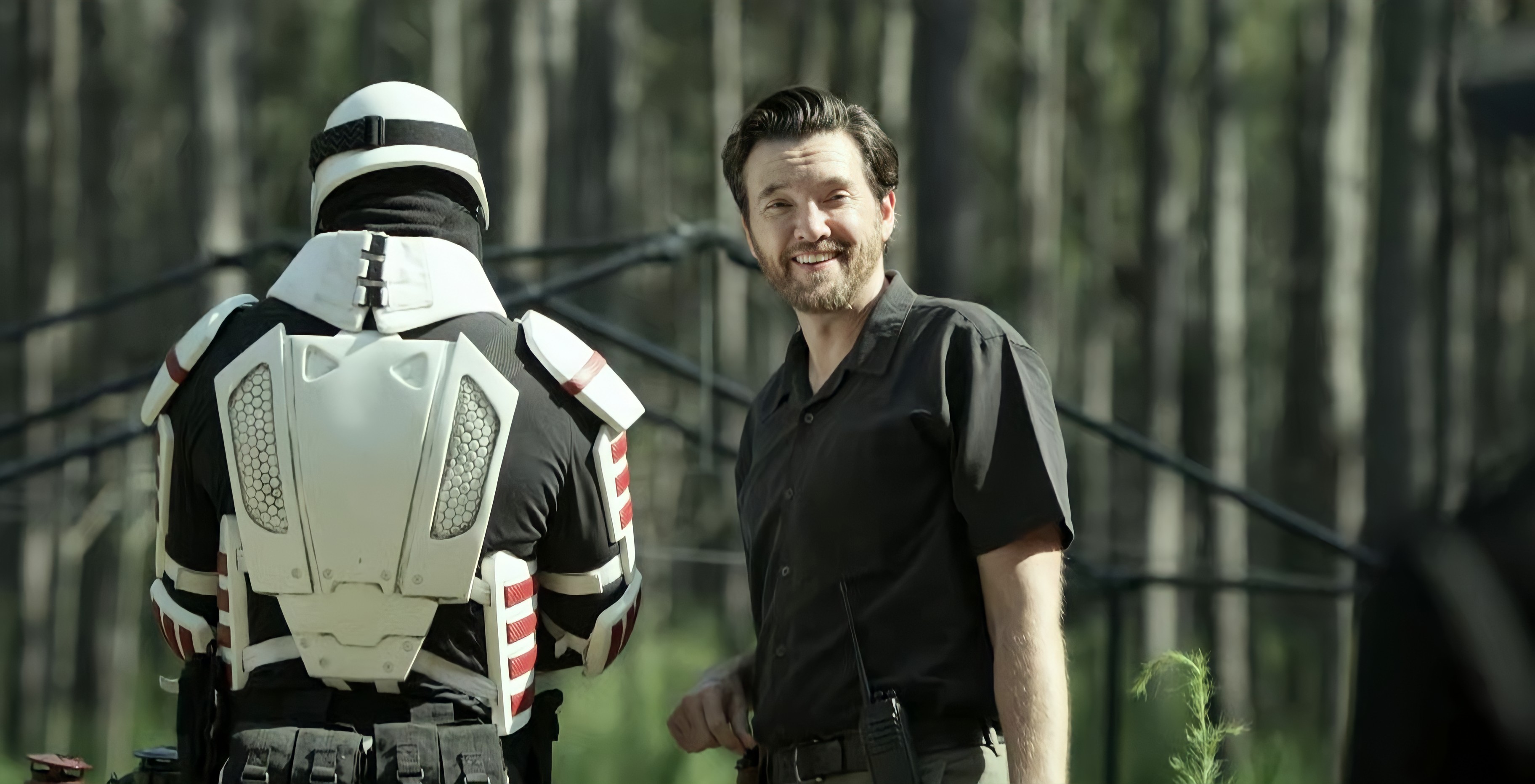 Aaron, Gabriel, and Carlson meet the leader of the group, Ian, and explains that they are ready to welcome them to the Commonwealth upon a screening process. However, Ian misunderstands that the three of them are cannibals, luring his group to the open to kill them. When Ian asks the location of the Commonwealth, Carlson informs him that they cannot reveal the location. Ian holds Carlson at gunpoint and asks him how can he let them go when they know his group’s location. To save Carlson, Aaron explains that their intentions aren’t harmful. Ian agrees and moves the gun away from Carlson, only for the latter to grab the gun and shoot at Ian.

The Walking Dead Season 11 Episode 13 Ending: Where are the Commonwealth’s Guns and Cargo? What Happened to the Shipment?

Carlson’s sudden transformation stuns Aaron and Gabriel. In reality, Carlson is a former-CIA agent working for Lance Hornsby. When Pamela approves resources for Lance’s communal assignments, the latter uses the same for a mysterious project. Midway through the road freight of the guns and cargo, Lance’s troopers get attacked and their goods get stolen. The troopers track the caravan to the religious group. Since Lance cannot involve the Commonwealth army without exposing his true and mysterious intentions, he sends Carlson to find the guns and cargo wisely. Carlson takes Ian hostage and demands the location of the goods, only for Ian to explain that the caravan reached them empty.

Even though Carlson doesn’t believe Ian, Gabriel makes sure that the religious group hasn’t stolen the guns and cargo. Since Alexandrians or Maggie’s people haven’t stolen the goods either, Lance is facing an anonymous enemy. Considering the other possibilities, the Anti-Commonwealth resistance group can be the ones behind the surgical strike and stealing the goods. As far as warfare is concerned, the resistance group can be in a hurry to make their presence known to Pamela and Lance. After Tyler Davis’ arrest, the group may have hastened their plans to attack Pamela before the governor devices a plan to eradicate any resistance in the civilization.

Since it must be hard for an external community to track Lance’s secret transportation of goods to attack and steal it, the enemy is most likely within the Commonwealth. If that’s the case, the resistance group needs the resources more than anyone and may have stolen the same to initiate their fight against the tyranny and class segregation in the civilization.

How Do Aaron and Gabriel Escape? Is Negan Part of the Religious Group? Will They Get Killed by Carlson?

Carlson includes Aaron and Gabriel in his secret mission since he needs individuals to get into the group without raising suspicions. He uses Aaron’s communications skills to establish his cover with Ian. When Carlson displays his true intention to Ian and his companions, he expects Aaron and Gabriel to continue their cooperation. However, they decide to stand against Carlson and his viciousness. Since their consciences aren’t indebted to the Commonwealth or Lance, they express their opposition to Carlson, only to face consequences. When Aaron attacks a trooper for following Carlson’s orders, Carlson aims at Aaron with a gun and shoots.

Since Carlson’s gun is empty, Aaron escapes death and runs to Maggie. Meanwhile, Negan rescues Gabriel from a Commonwealth soldier. Upon securing food supplies for Alexandria, Negan joins the religious group, possibly for a temporary abode. Before saving Gabriel, Negan asks Aaron’s associate to deliver the map of the group to Maggie, who arrives at Hilltop with the map and dies. Even though Negan succeeds in rescuing Gabriel, they get trapped in the building, with Carlson and his soldiers searching every nook and cranny to execute the members of the religious group.

Even though Gabriel and Negan are expecting death anytime, the return of Aaron with Maggie, Lydia, and Elijah may help them fight Carlson and escape from the building alive. After the fight against the Reapers, Maggie and Negan may reunite to see the end of Carlson, possibly to escape to Hilltop.

Read More: Will Eugene and Max End Up Together in The Walking Dead? Theories