Where Was The Wrong Missy Filmed? 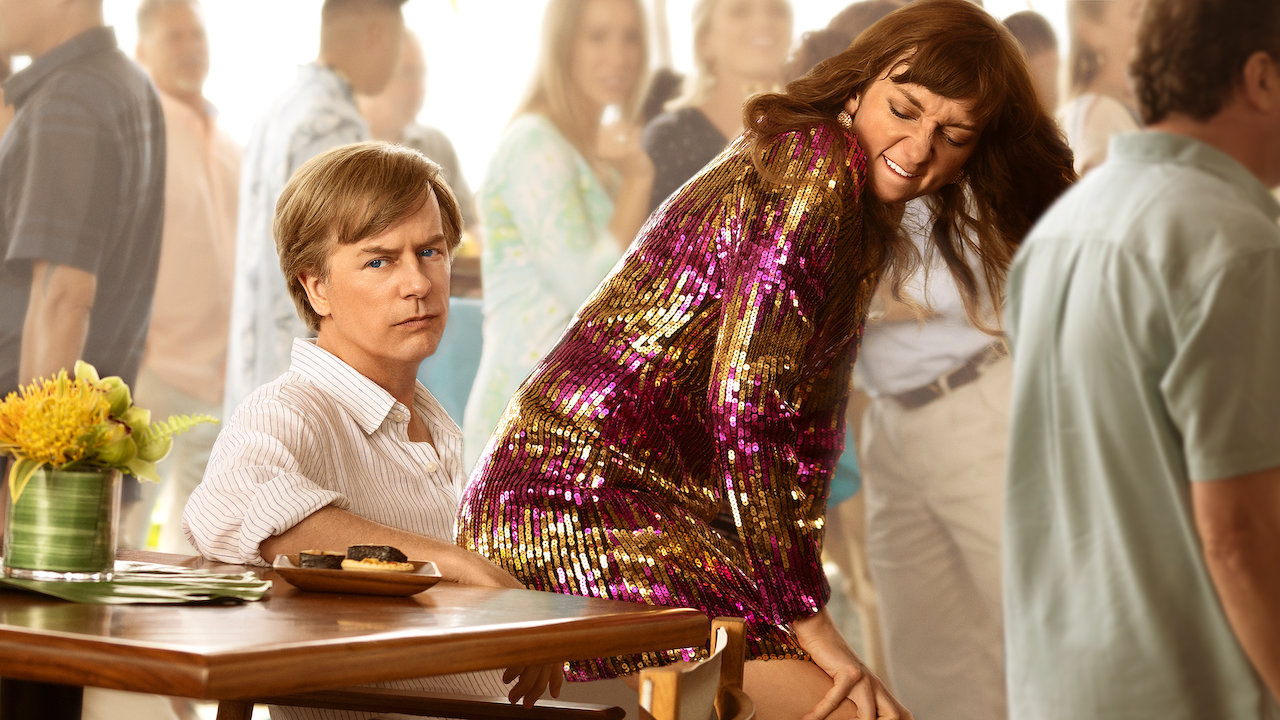 Netflix’s ‘The Wrong Missy’ takes the concept of making the worst mistake of your life and turns it into an adventurous and hilarious ride. Starring David Spade and Lauren Lapkus in the lead roles, it follows the story of a man who meets the girl of his dreams in a situation that seems right out of a romantic film. It becomes clear to him in the first meeting that she is the perfect match for him. He decides to invite her to join him on the corporate retreat in Hawaii. He texts and, surprisingly, she says yes.

However, on the plane, he discovers that he mistakenly texted the woman that he’d had the worst blind date with. Now, for the next few days, he has to tolerate her wild nature. Missy turns out to be an unpredictable and overwhelming person. You don’t know what she’ll do next, and soon, she ropes in Tim in the same spirit. We find them doing all sorts of crazy things. If you want to know where all this took place, here’s the answer.

From falling down a cliff to fighting with a shark, ‘The Wrong Missy’ has its characters go berserk on a corporate retreat. To film such mad scenes, the crew turned towards the islands of Hawaii. Oahu serves as the primary filming location for ‘The Wrong Missy’.

The story of ‘The Wrong Missy’ centers on a man who looks forward to spending a corporate retreat with the girl of his dreams. However, it goes wrong when he sends the text to the wrong Missy. This retreat takes him to Hawaii, where he not only witnesses Missy doing all kinds of ridiculous stuff, but he also comes to know a different side of her and gets a better understanding of her nature.

For telling this wild story with an equally crazy personality at its core, the crew set out to film the movie in Hawaii. It is considered Adam Sandler’s, who serves as the producer of the film, favorite location by many, considering that a number of his comedies find a setting in Hawaii.

A lot of scenes take place at the hotel where Tim and Missy stay, along with the rest of his co-workers. The shooting of these scenes took place at the Four Seasons in Ko’Olina. You might recognize the place from another comedy film, ‘Snatched’, starring Amy Schumer. Right next door to it is The Aulani; however, because it is a Disney property, the crew of ‘The Wrong Missy’ had to film around it.

One of the craziest scenes in the film is when Missy coaxes Tim to participate in a shark hunting activity. He has to go underwater in a cage and experiences a very ‘Jaws’ moment. For the filming of these scenes, the crew collaborated with Dolphins and You, which is “Oahu’s longest-running and highest-rated dolphin tour.” The cast was also spotted filming across various locations on the island.

“The Wrong Missy” filming at the Four Seasons Ko’Olina today. David Spade, Lauren Lapkus, Bobby Lee, Sarah Chalke & Chris Witaske. Adam Sandler is a Producer on the movie & probably won’t be around much longer. According to the director they’ll be at the Four Seasons for 3 weeks. pic.twitter.com/i8ZOiJynBU

The Dolphins and You boat was used as a film location for a hilarious new movie starring @DavidSpade ! The Wrong Missy comes to Netflix this Wednesday.