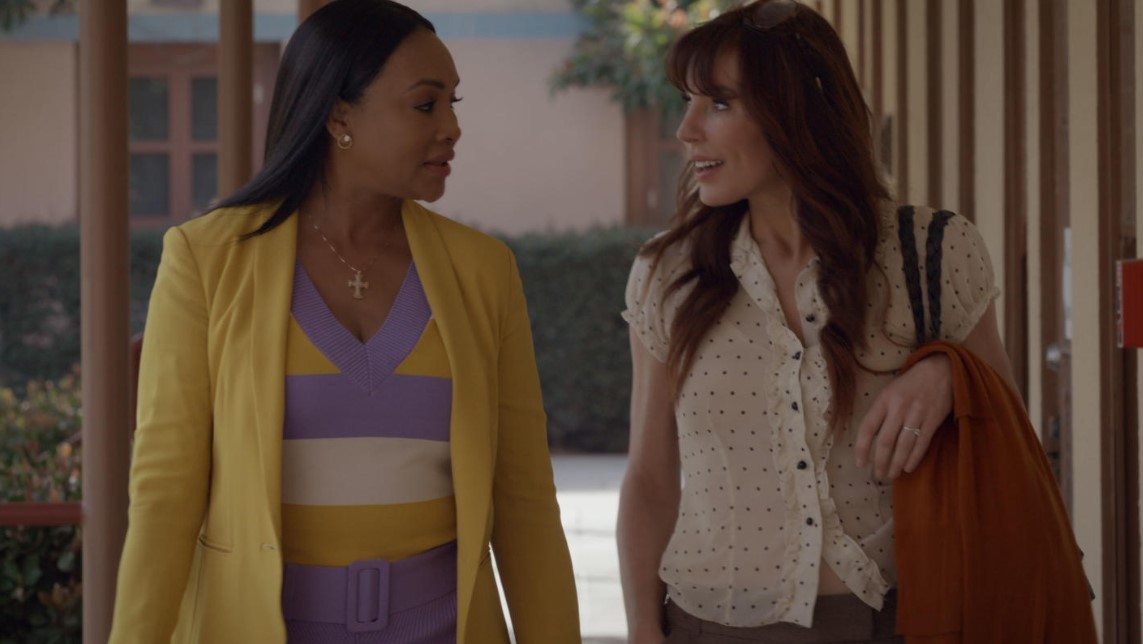 Lifetime keeps adding to its roster of fantastic dramas. Of course, the upcoming film, titled ‘The Wrong Stepfather,’ might be familiar to those who have seen other worthy inclusions within the same franchise. To refresh your memory, this is the body of work, which includes the likes of ‘The Wrong Cheerleader,’ ‘The Wrong House Sitter,’ ‘The Wrong Stepmother,’ and ‘The Wrong Student.’

Meanwhile, ‘The Wrong Stepfather’ focuses on Karen, whose new friendship turns nightmarish for her and her daughter. Sarah feels that Karen does not have her eyes opened, going into a relationship after so many years. The man’s charm blinds her. The mistake is soon forgotten, when Sarah has trouble at home, and a school nemesis makes matters worse. Her anger is misplaced, and the ‘stepfather’ decides to make things easy for Sarah by handling things in her life.

However, she does not enjoy the meddling and reacts aggressively. In turn, the man escalates matters. Now, it is up to Karen to get out of the toxic relationship, which might turn deadly for the mother-daughter duo. Obviously, the location helps underscore the more dramatic moments of the film. Thus, we’re here to tell you where ‘The Wrong Stepfather’ has been filmed, and will also introduce you to the cast.

Where Was The Wrong Stepfather Filmed?

‘The Wrong Stepfather’ has been filmed in Los Angeles itself. After all, the City of Angels is accessible for smaller projects which don’t want to increase expenses by transporting the cast and crew elsewhere. Moreover, the urban cityscape is apt for such a tale to play out. Los Angeles also has a reliable studio system that can be used in the post-production process, and there are talented professionals in the city who can aid in this while assisting during filming as well. You can check out a post by a cast member, which shows that filming has taken place in Los Angeles.

‘The Wrong Stepfather’ has a fantastic cast, including Vivica A. Fox, Corin Nemec, and Krista Allen. Fox appears in the role of Principal Higgins. The Indiana born actress does not come from an acting background. However, she started acting professionally after moving to California for studies. Fox started with soap operas like ‘Days of Our Lives’ and ‘The Young and the Restless.’ However, her big break came when she appeared in ‘Independence Day.’

Nemec plays the role of Craig. The actor hails from Little Rock, Arkansas, and was nicknamed Corky as a child. His claim to fame includes appearing in ‘Tucker: The Man and His Dream,’ a Francis Ford Coppola-directed movie. Finally, we have Krista Allen, who we see as Woodley in the film. Allen was born in Ventura but grew up in Texas. However, Krista returned to her birthplace to try her hand in acting. She started with soaps, but went on to appear in ‘Baywatch.’ It translated to roles in major films like ‘Anger Management,’ and ‘Liar Liar.’ She’s also appeared in iconic shows like ‘Friends‘ and ‘Two and a Half Men.’

‘The Wrong Stepfather’ appears to have a very talented cast at hand, and will surely deliver a memorable performance to stand out within the franchise.