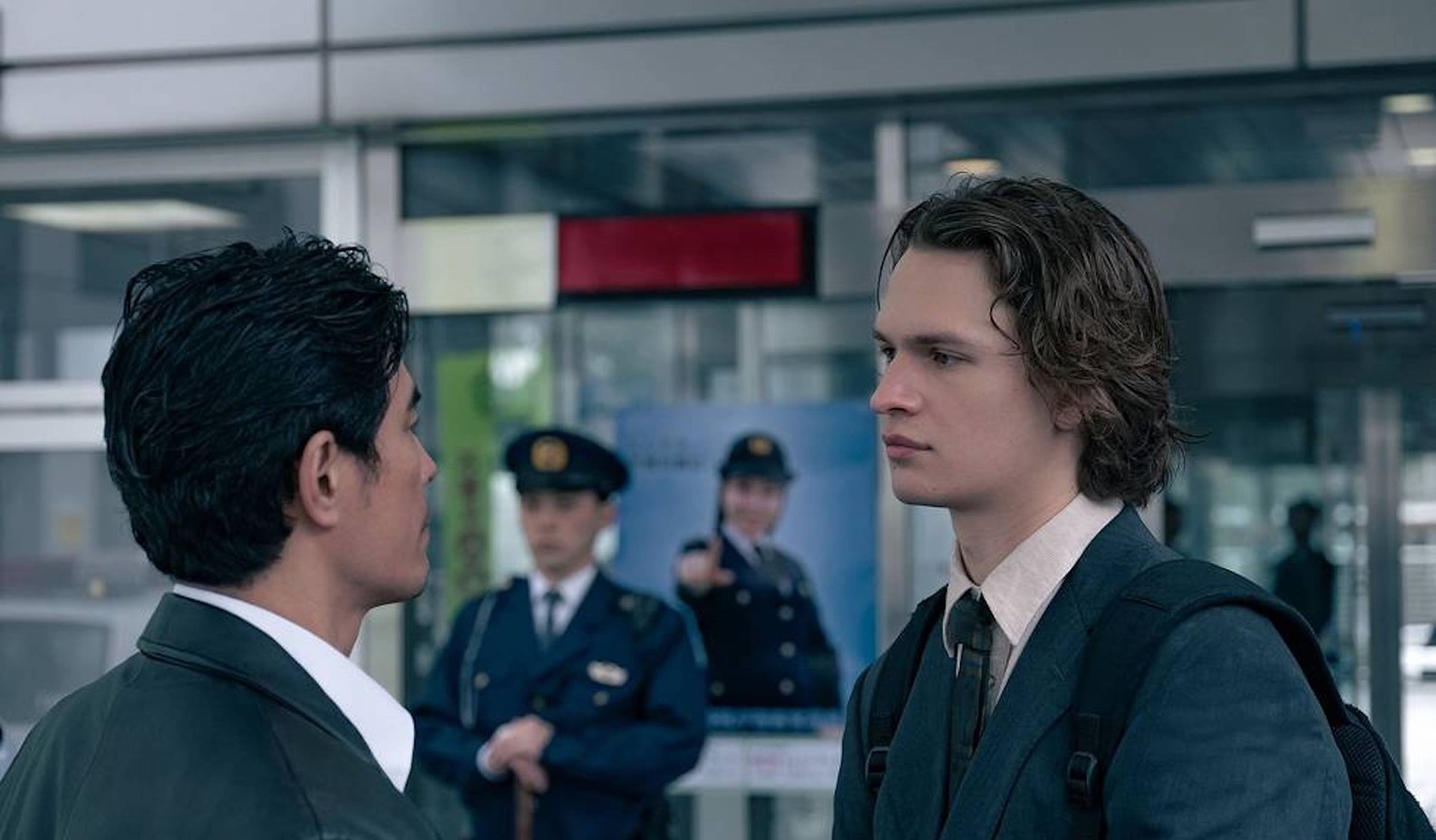 In ‘Tokyo Vice’ episode 4, Jake (Ansel Elgort) is taken to meet Ishida, who has an offer that he can’t refuse. Jake shows Emi (Rinko Kikuchi) the file that Hiroto Katagiri (Ken Watanabe) gave him, and she agrees that there is something there worth pursuing. Samantha’s (Rachel Keller) boss at the club finds out that she is planning to set up a club of her own and tells Kume (Masayoshi Haneda), who sends Sato (Show Kasamatsu) to talk to Samantha.

In episode 5, we get glimpses of Samantha’s past. Jake closes in on the perpetrators that compelled at least three people to commit suicide. Meanwhile, Sato finds himself standing at a crossroads of his career as a yakuza mid-rank member and must make a choice that will define the rest of his life. Here is everything you need to know about the ending of ‘Tokyo Vice’ episode 5. SPOILERS AHEAD.

Ishida demonstrates that he is a yakuza Oyabun from a bygone era, adhering to beliefs that some in his own organization think are outdated. He knows that he is rapidly losing control. The police won’t drink tea with him, believing that they will be suspected of being on the yakuza payroll if they do. On the other hand, his own people think he might be a police informant. So, he is in a very precarious position. Because of Sato, Ishida knows about Jake’s connection to Katagiri and likely believes that the Meicho reporter is the only person who can help him find the one spreading the rumors about him. Jake talks to Katagiri, who makes inquiries.

It is later revealed that Kume is the informant. He has grown disillusioned with Ishida’s leadership. He wanted to bring changes to Chihara-Kai and has begun working with Tozawa. Fuelled by their drug money, Tozawa has grown significantly powerful in the last decade. If an all-out war breaks out between the factions, the Chihara-Kai will likely lose. Kume kills himself by jumping off the roof, and Katagiri visits Ishida to dissuade him from launching a war against the enemy of his organization.

Emi accompanies Jake as he goes to speak to the husband of a woman who committed suicide because of the threats she has received. They find the address of the credit company and realize that it’s running a brutal scam. In Japan, people can pay off bank loans with insurance money. After the company forces its clients to commit suicide, it takes over their insurance. With Ishida’s help, Jake and the others realize that a legitimate financial firm named Suzuno is directing some of the most desperate people toward the yakuza front company. Jake meets with the manager of Suzuno and realizes that the latter is connected to Tozawa. However, before Jake can get any concrete information from the manager, he commits suicide.

It is revealed that Samantha is originally from Utah and a member of The Church of Jesus Christ of Latter-day Saints. She came to Japan on a religious mission, stole about $40,000 from the church, and fled to Tokyo, where she has been building a life for herself since. Matsuo is apparently a private investigator the church hired to look for her. He says he will tell the church that he didn’t find her if she starts sleeping with him.

In episode 5, Sato and Samantha’s relationship evolves, and they sleep together. Encouraged by her, he goes to speak to Ishida, seemingly wanting to quit the yakuza. Earlier, he saw Kume, who has been like a big brother to him, jump to his death. Up until this point, Sato was a reluctant part of the world of crime. Kume’s death and the prospect of a relationship with Samantha might have eventually changed him.

But when he returns to Ishida’s home, he discovers that it is under attack. Sato saves his Oyabun’s life and kills one of the attackers. Ishida repays him immediately by shoving his sword through the back of a man who was about to choke Sato to death. This incident ends Sato’s chance of leaving the yakuza for good. Now, he has blood on his hand.

All clues provided throughout episodes 4 and 5 suggest that Tozawa organized the hit. After convincing Ishida not to retaliate against his enemies, Katagiri goes to speak to the Tozawa clan and asks them to keep the peace. However, their boss concludes that Ishida is weak and that it’s the perfect time to eradicate the leadership of their biggest rival, sending a small group to take out Ishida. The plan fails, as does Katagiri’s efforts to maintain the peace in the Japanese capital.