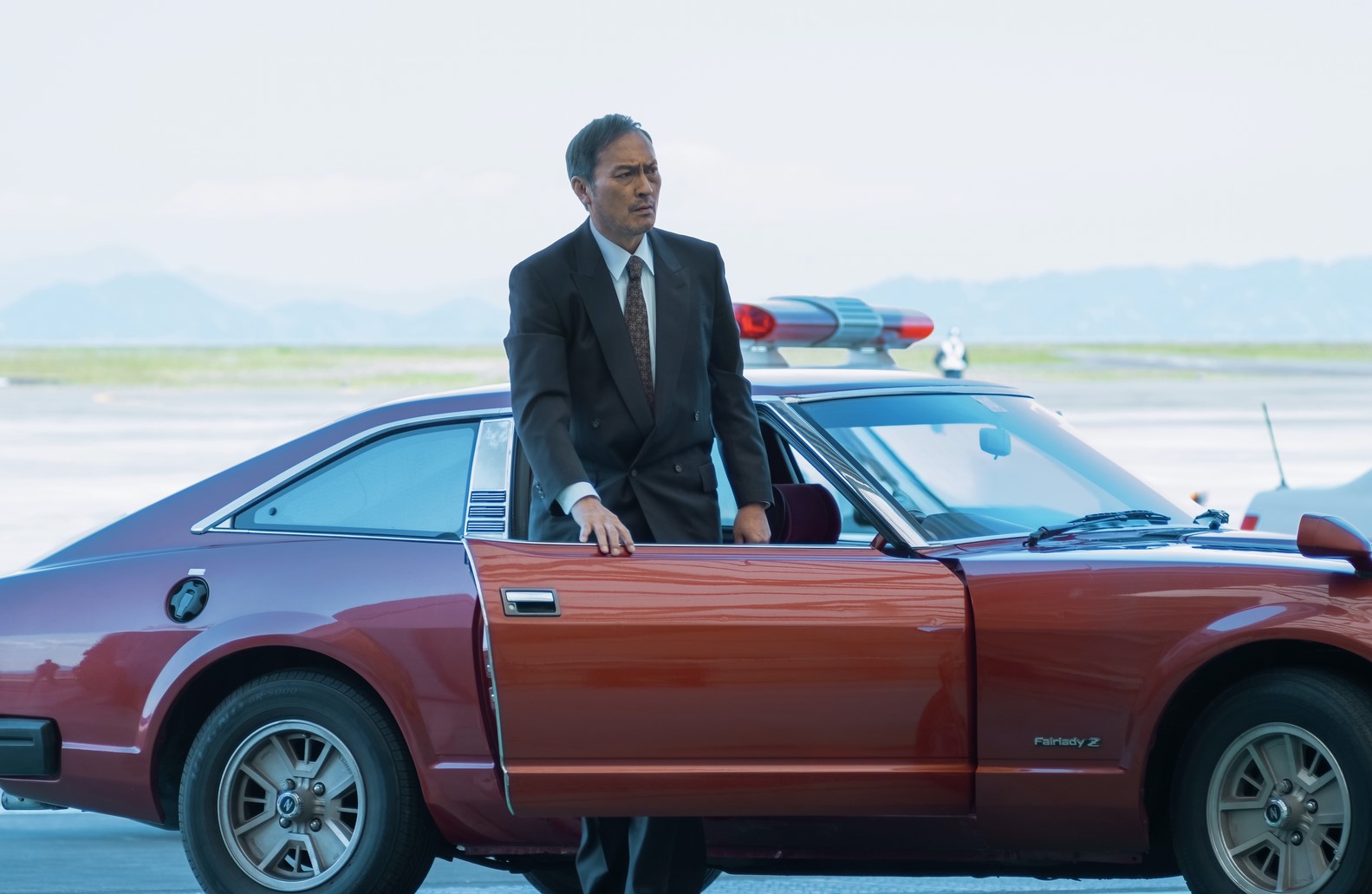 With a runtime of one hour and 4 minutes, the ‘Tokyo Vice’ season 1 finale, titled ‘Yoshino,’ delivers an impactful temporary conclusion while setting things up for the prospective second season. After getting beaten by Tozawa’s (Ayumi Tanida) goons, Jake (Ansel Elgort) considers returning to the US, perhaps for the first time since coming to Japan.

Samantha (Rachel Keller) loses all the money she painstakingly accumulated and is forced to reach out to Ishida (Shun Sugata) for a loan. Sato (Show Kasamatsu) saves a junior from the harsh life of the yakuza but can’t save himself. Meanwhile, Katagiri’s (Ken Watanabe) investigation into Tozawa’s organization comes to a jarring halt. Here is everything you need to know about the ending of the ‘Tokyo Vice’ season 1 finale. SPOILERS AHEAD.

In the season 1 finale, Polina continues to be missing, and Samantha keeps looking for her, this time with Jake’s help. When he learns that Tozawa’s people took Polina, Jake takes Samantha to Ukai Haruki, the writer who composes propaganda pieces for Tozawa. He and Samantha are forced to do meth to get what they want, and the former ends up burning that source of information forever.

They learn that Yoshino doesn’t refer to the district of the same name in Nara Prefecture in this context but a ship (likely a luxury yacht) that Tozawa uses to entertain his business associates. Models, hostesses, and others are brought to the ship to serve as companions. After they rush out of Haruki’s apartment, Jake and Samantha share a largely meth-induced kiss.

Despite learning about this, Samantha later gets duped by Polina’s boyfriend Akira, who claims that Polina’s abductors have contacted him, asking for what she owed them — 10 million yens plus interests. Samantha decides to use all the money she has saved to free her friend, but it is revealed that Akira has been running a scam on her. Polina’s abductors didn’t contact him. He and his friends orchestrated the entire thing. After losing all her money, Samantha tries to get a loan for her club. When the banks close their doors to her, she reaches out to Ishida in desperation.

After discovering that Jake is high on meth, Emi (Rinko Kikuchi) sends him home, where he is attacked by Tozawa’s men. Jake puts up a good fight, but eventually loses and gets beaten up. The goons warn him to stay away from Tozawa, his business, and Misaki before knocking him out. When he regains consciousness, Jake calls his father and tells him that he wants to come home. His father advises him to get some sleep. If Jake still wants to return to the US, he will buy him the ticket.

Katagiri confronts Miyamoto and learns that the latter has been receiving both information and money from Tozawa. Miyamoto insists that he wants to mend his ways, so Katagiri decides to give him one more chance. Miyamoto subsequently goes back to Tozawa and tells the yakuza leader that there is no evidence, and Katagiri had set the things up to go after Tozawa. This part Tozawa believes because it appeals to his ego. But when Miyamoto claims that Katagiri is on Ishida’s payroll, he sees through Miyamoto’s lies. It is heavily implied he later has Miyamoto killed. He also threatens to kill Katagiri’s family.

As Jake heads to work the day after the Tozawa goons beat him, he discovers an envelope outside his doors addressed to him. There is a videotape inside. As Jake watches it, he gradually realizes in horror that it is the recording of Polina’s last moments. She was accidentally killed by a security guard on Yoshino after she refused to sleep with one of Tozawa’s friends. Jake foregoes his plans to go back to the US and subsequently visits Katagiri, who has sent his family away after the threat. Jake apologizes, and Katagiri lets him into his home. Both men have suffered in their pursuit of truth, but they are far from being defeated.

One of the last scenes of the season 1 finale finds Tozawa standing on the tarmac. There is a private jet waiting for him. Misaki is also there, and she asks him where he is going. He doesn’t answer her directly. However, he says something to her that implies his destination and the fact that he knows how Misaki truly feels about him. He knows that she is waiting for him to die so she can be free of his abuse. He tells her that he will be in this world for a long, long time. This can mean only one thing: he is going somewhere for the treatment of his rapidly worsening liver issues.

Although series creator and Tony-Award-winner J. T. Rogers told The New York Times that no character in the series is directly based on the real-life alleged former yakuza leader Tadamasa Goto, Tozawa has several startling similarities with the man. In 2008, the real Jake Adelstein wrote an exposé in The Washington Post about Goto, claiming that the FBI had agreed to let the gangster into the US in 2001 so he could have a liver transplant operation at the UCLA. In exchange, Goto offered to share information on Yamaguchi-gumi’s (one of the most powerful Yakuza organizations in Japan) front companies and members in the US.

The very first sequence of the series is set in 2001 and involves a meeting between Jake and Katagiri and Tozawa underlings, in which the latter group tells Jake to stop his investigation of Tozawa. All this appears to be the dramatization of what culminated in The Washington Post article. If the series writers have decided to follow the real Adelstein’s accounts in this instance, Tozawa is likely going to UCLA for a liver transplant, and the FBI is helping him.

Sato’s disillusionment with the yakuza life reaches its zenith in the season 1 finale. He is too kind-hearted and considerate for the harsh and cruel life of the yakuza. Kume, the man who brought him into the Chihari-Kai, recognized this and killed himself before Sato is forced to do it under Ishida’s orders. However, Sato still underwent that transition after he had to kill one of Tozawa’s killers while protecting Ishida. This also prompted his rapid rise through the ranks. In the season finale, Ishida tells Sato to keep an eye on Chihari-Kai’s investment in Samantha’s club. Sato and Samantha decide to keep their relationship strictly professional from now, but it is apparent that they still have feelings for each other.

As Sato is about to get into his car to leave, Gen, the fellow Chihari-Kai member that Sato thrashed in episode 3, attacks him from behind, stabbing him multiple times. The last time we see him, Sato is lying in a pool of his own blood. But he will probably survive the ordeal. He is not only one of the main characters of the show, but also it seems his journey isn’t complete yet. If he does survive this encounter, Sato will likely lose the last vestiges of the humanity he is desperately clinging to and become a monster, just like his Oyabun.