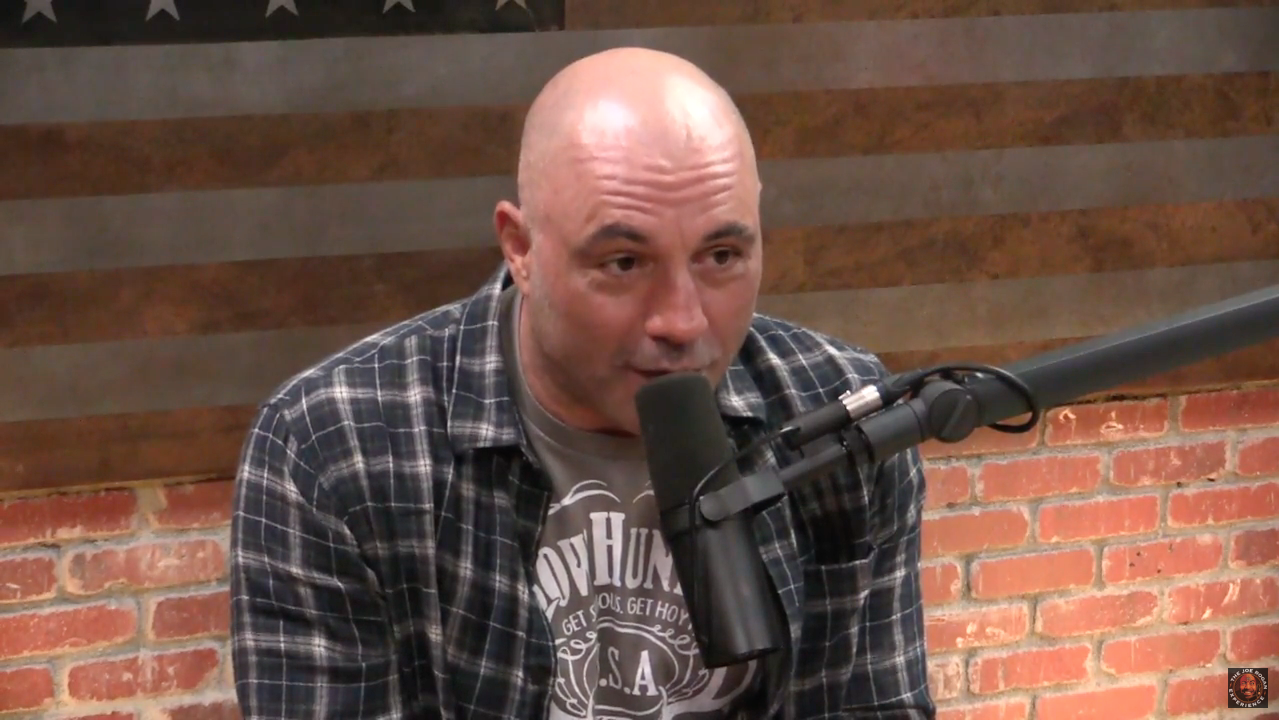 The political environment of any country has a hold on its present and future. If you don’t think democracy is a gift, then look towards the countries that still don’t have that luxury. The current state of Sudan is not only a devastating affair but is also an eye-opener for people who have the power to choose their own leaders. How are you using this power and do you understand the full measure of the impact your decision can have on the future of not just your country but the world? It is as good a time as any to get yourself some political education if you haven’t already.

Before you move further, a disclaimer: All the podcasts listed here have their own views and backings about the political parties in the country. Some are conservatives and others are liberalists. You can agree or disagree with their views and choose what’s best for yourself accordingly. This is not a measure of the political stance of The Cinemaholic. So, here’s the list of top political podcasts. You can listen to several of these best political podcasts on iTunes, Stitcher, Spotify or even YouTube for free. 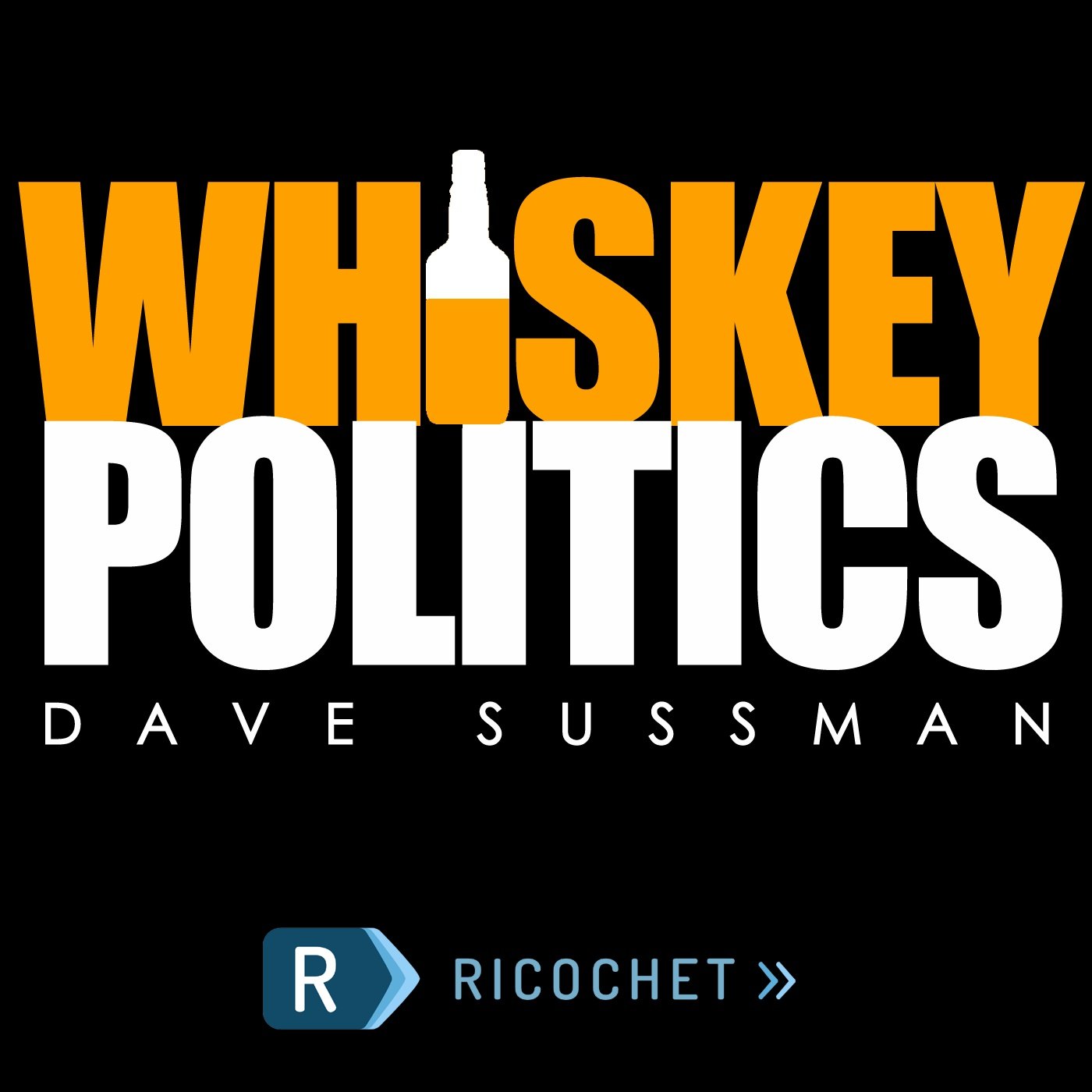 Politics is a complicated matter and not everyone finds its discussions as enticing. However, it is rather stupid to not indulge yourself in something that is such an important part of your life. If it bores the hell out of you, listen to ‘Whiskey Politics’. Hosted by Dave Sussman, this podcast features interviews with the leading figures in the country, as they discuss the political climate of America and the world. There is no beating around the bush and they come straight to point, but that doesn’t mean it is all too serious. You will find yourself laughing at every other turn and are sure to thoroughly enjoy yourself. You can listen to all its episodes here. 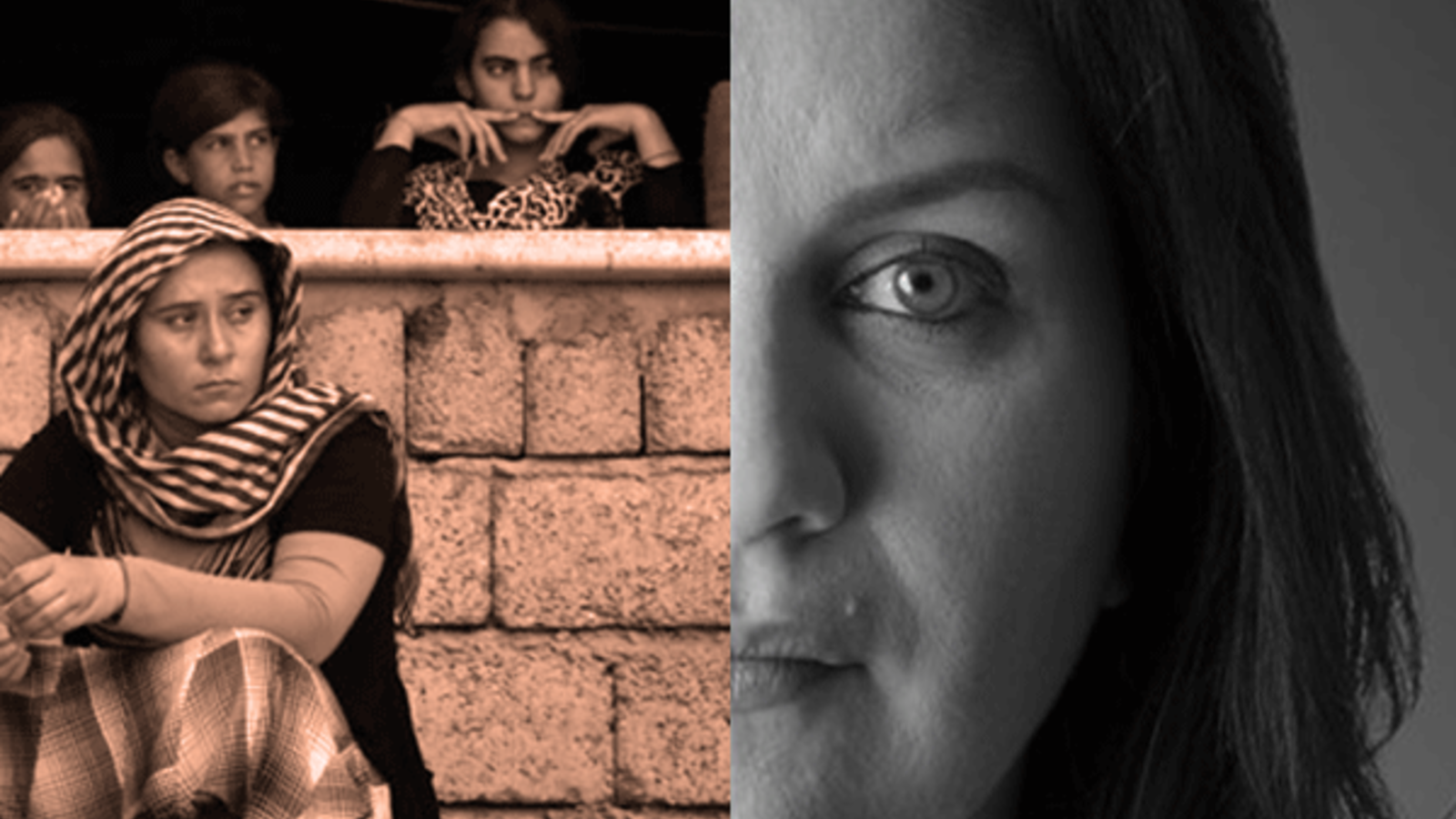 Countering terrorism is one of the most important agendas of any government. With new terrorist organisations surfacing every few years, it is important to understand how they function and what they can do to the world. ISIS is one such organisation that has laid waste to the places where it has set its foot. Many countries are in the midst of a war with this single unit. ‘Caliphate’ follows Rukmini Callimachi’s account of this terrorist organization and how it continues to chip away at the peace of the world. You can listen to all its episodes here. 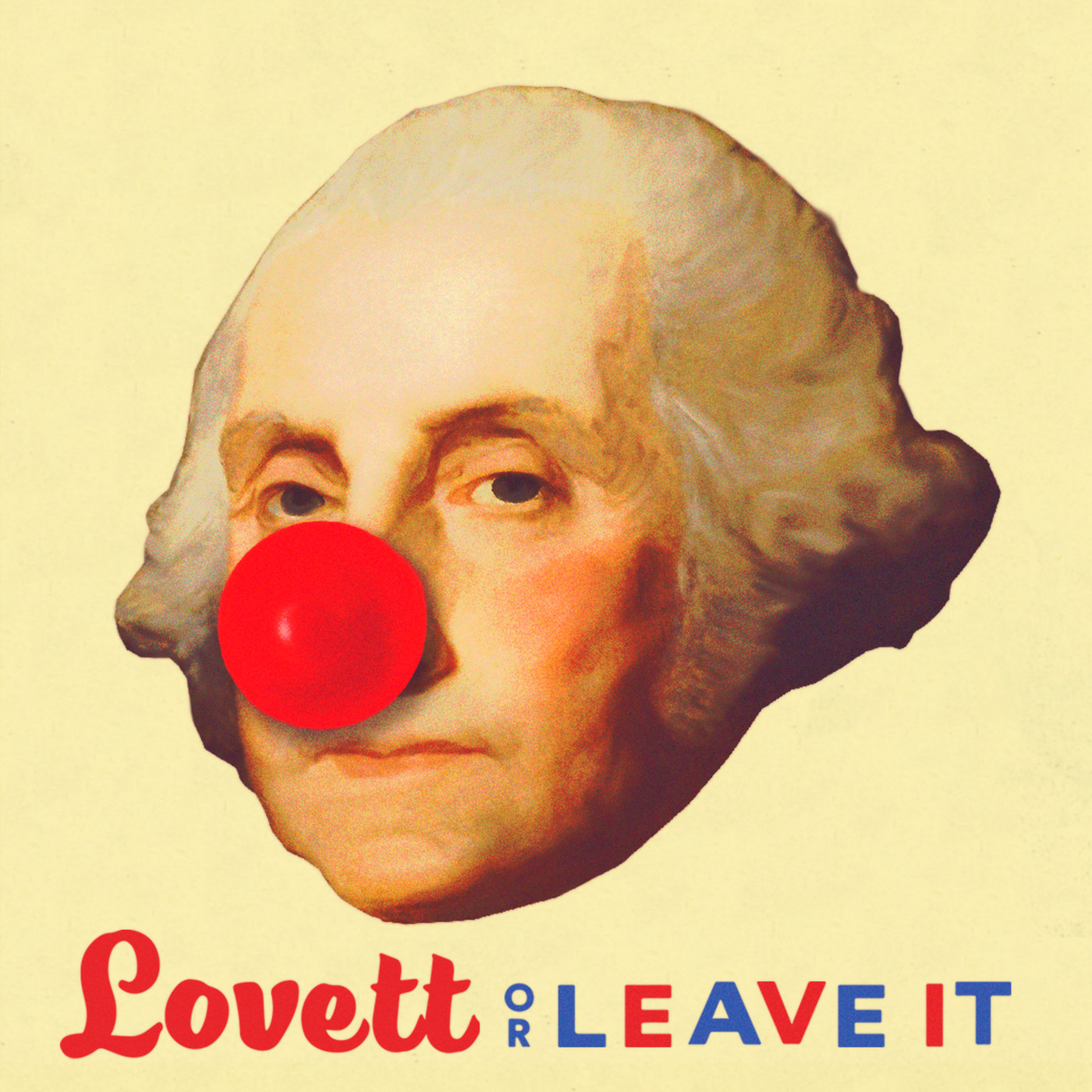 We get into intense discussions whenever the government takes a new step. It could either be the appreciation of the development that they mean to bring into the country, or it could be the ranting about the stupid decisions that could be the end of everything. We never know how our chosen leaders might surprise us. If you want a place to share such sentiments, ‘Lovett and Leave It’ is the podcast you should listen to. From discussions that touch the core of every subject matter to the impressions that’ll make you laugh your heart out, this podcast has it all. You can listen to all its episodes here.

The government of a country handles a great number of things. It is only their successes or their massive failures that catch the eye of the public. But then there are some things that you need to be informed about always. ‘Bombshell’ covers those topics. Security challenges, foreign policies and military strategy are the core points of discussion here. It also features guest speakers who talk about the impact of another country’s political strides on America. New episodes are released every second week. You can listen to all of them here. 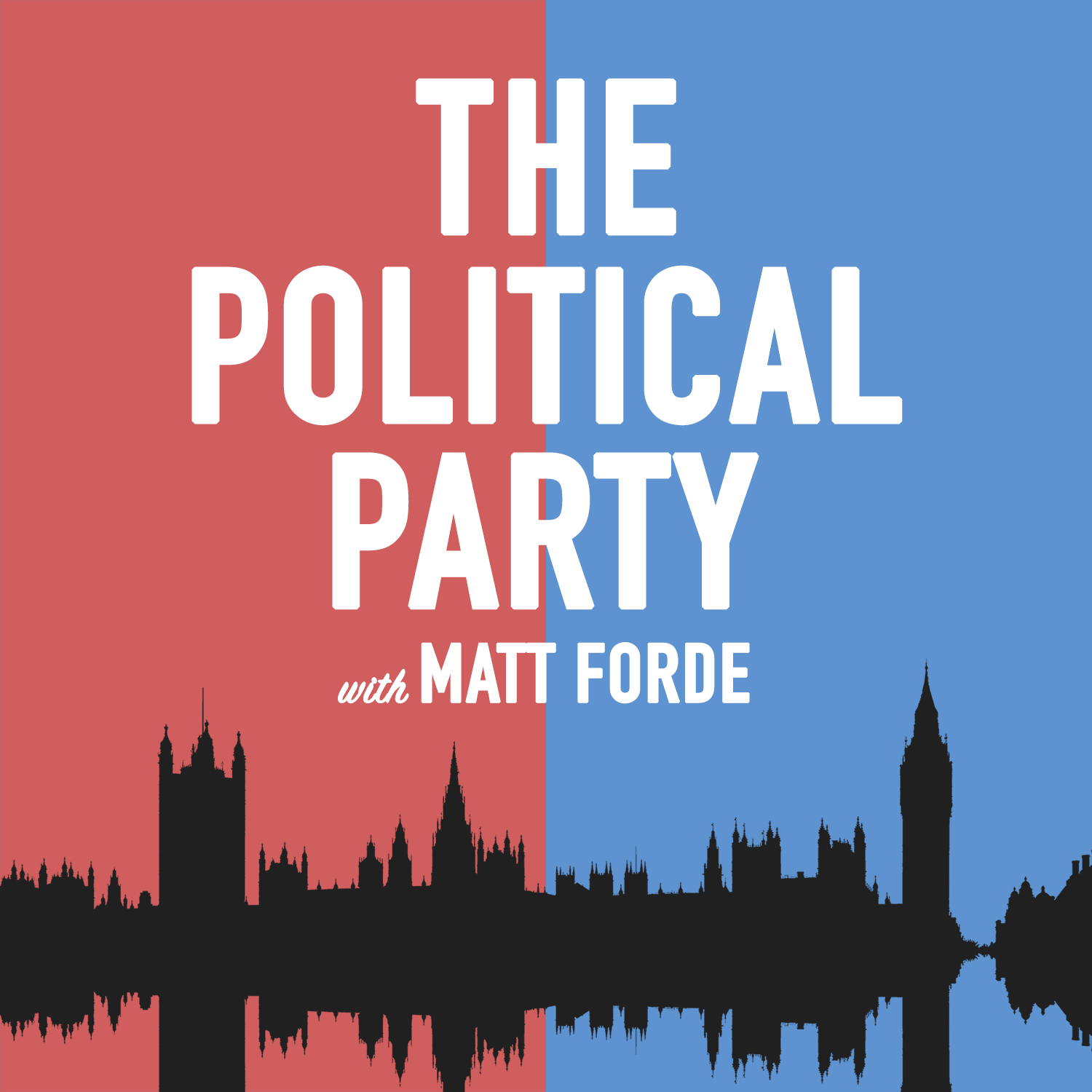 Matt Forde is a comedian and an impressionist and his podcast, ‘The Political Party’ presents his insightful and often hilarious take on the current political scenarios in different countries of the world. The podcast releases weekly episodes and has well over 50,000 subscribers per month. It is also cited as one of the most popular political podcasts and is the best one you should listen to if you want to have a great time while being informed about the world. It has been almost six years since the podcast debuted. So, a discussion of the old things might serve as a history lesson for you. You can listen to all the episodes here. 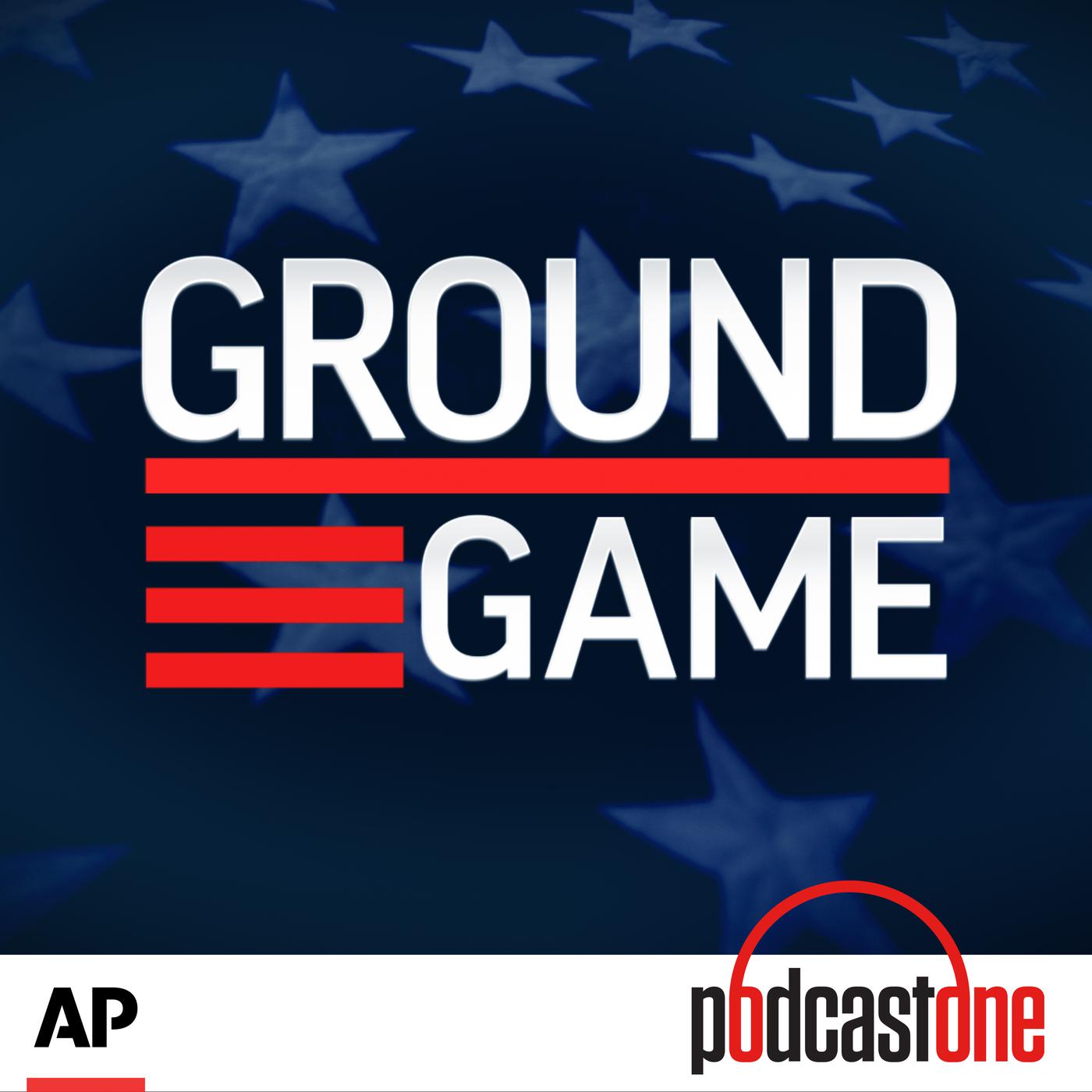 The ever-shifting grounds of politics can be difficult to tread. How does one small movement impact the government of the country? What does the retirement of a judge mean for the laws of the country? What games do politicians play in order to appease their voters and how does the influence of one politician work wonders for another? All these things and more are covered in ‘Ground Game’. Featuring direct conversations with field journalists, this podcast takes you to the core of the system. You can listen to all its episodes here. 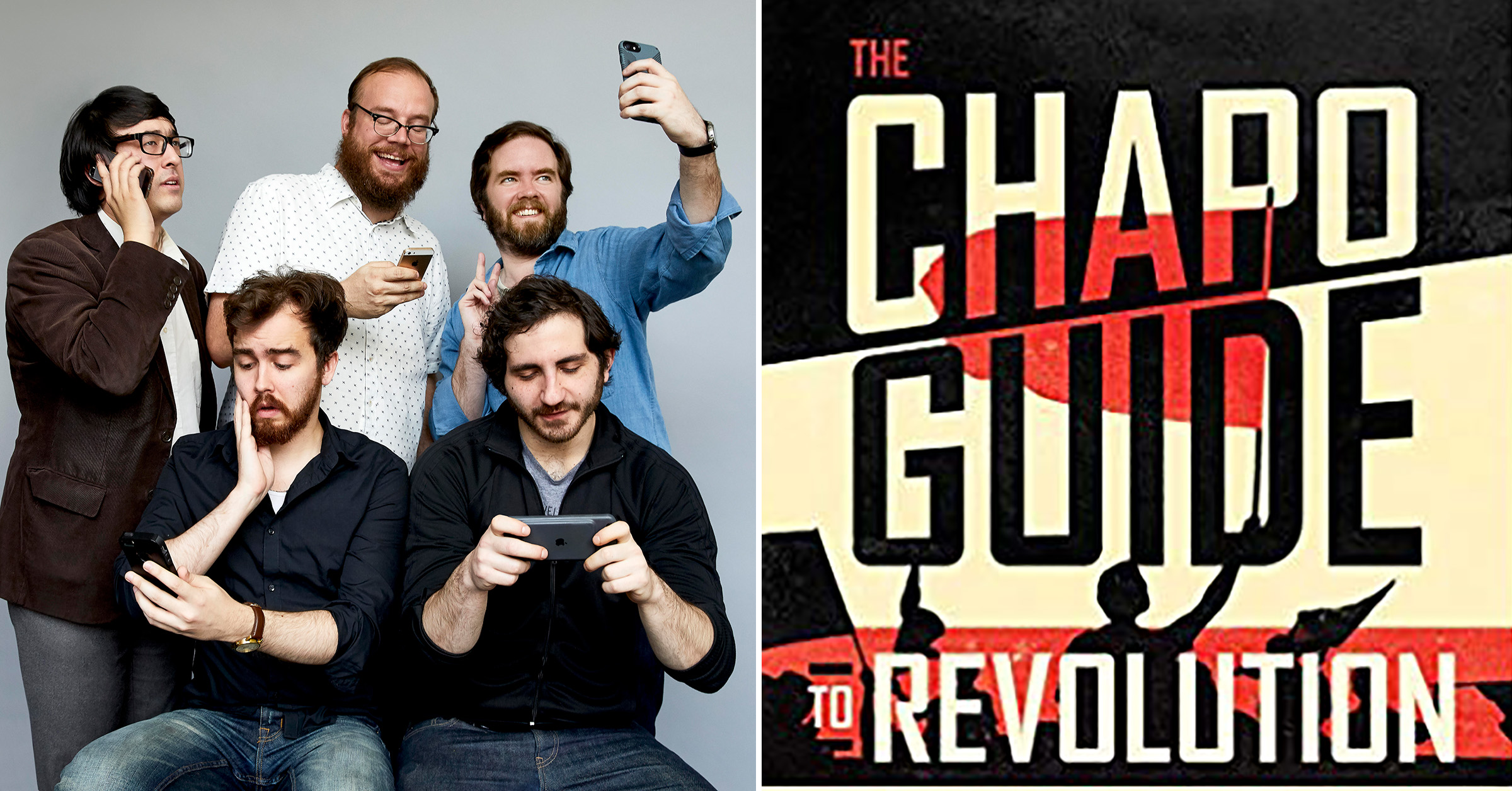 ‘Chapo Trap House’ is one of the funniest political podcasts right now. The hosts of the show met through Twitter where they actively expressed their views on the political movements in the country. They came together to start this podcast that is an honest representation of their own views and never shy away from criticising something they deem wrong. If you don’t agree with their ideologies, then you might not like their jokes, but you can’t contest the relevance of their discussions and how informed they are about everything. You can listen to all episodes of the podcast here.

“May you live in interesting times” isn’t something that people use as an actual wish for each other. Whether or not this phrase is a Chinese curse (not a blessing or simply a proverb!) is a discussion for another day, but it surely indicates that peaceful times are generally boring. We are not living in peaceful times. Every country is in its own personal hell and there is barely a peaceful place in the world. Things couldn’t have been more interesting than this, and David Runciman and Catherine Carr are here to discuss what every incident in the world means. From Trump’s latest move to Brexit and the declining nature of democracy, there is nothing boring in their conversations. You can listen to all episodes of ‘Talking Politics’ here.

One of the most important jobs in the world is that of a journalist. To keep an eye on everything, to be informed about all the good and the bad in the world so that it can be relayed to everyone is a hectic task. The more important the story, the higher the stakes get for the journalists. And yet, they don’t stop. ‘The Breakthrough’ brings you the stories of some well-known names in the field and what it took for them to get their big break and what price had to be paid for it. You can listen to all episodes of the podcast here. 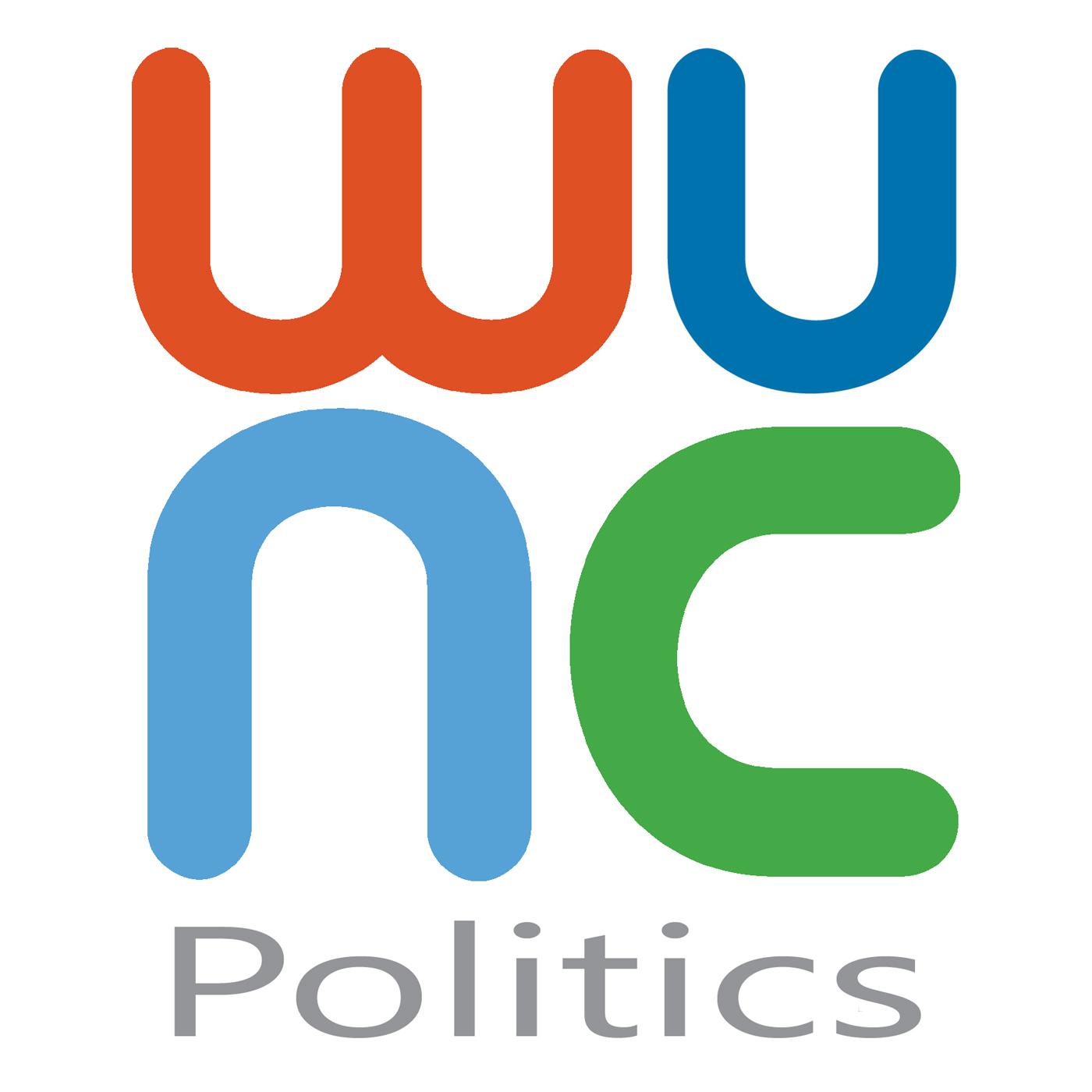 The description of the podcast suggests that it is a “free-flowing discussion of what we’re hearing in the back hallways of the General Assembly and on the campaign trail across North Carolina”. What is the scenario of elections in the country? Which way does the political wind blow? Who is poised to become the next leader and what is the country planning to do with the current one? All these questions are addressed in ‘WUNCPolitics’. You can catch all its episodes here.

Who better to inform you about politics than the people who have been in the business? Jon Favreau (not the actor), Dan Pfeiffer, Jon Lovett and Tommy Vietor have served in Obama administration and are acutely familiar with the workings of a government, which is what makes them perfect for the job of analysing the current political state of the country. They also receive guests from different walks of life and get their opinions on the topics for the day. You can listen to all episodes of ‘Pod Save America’ here. 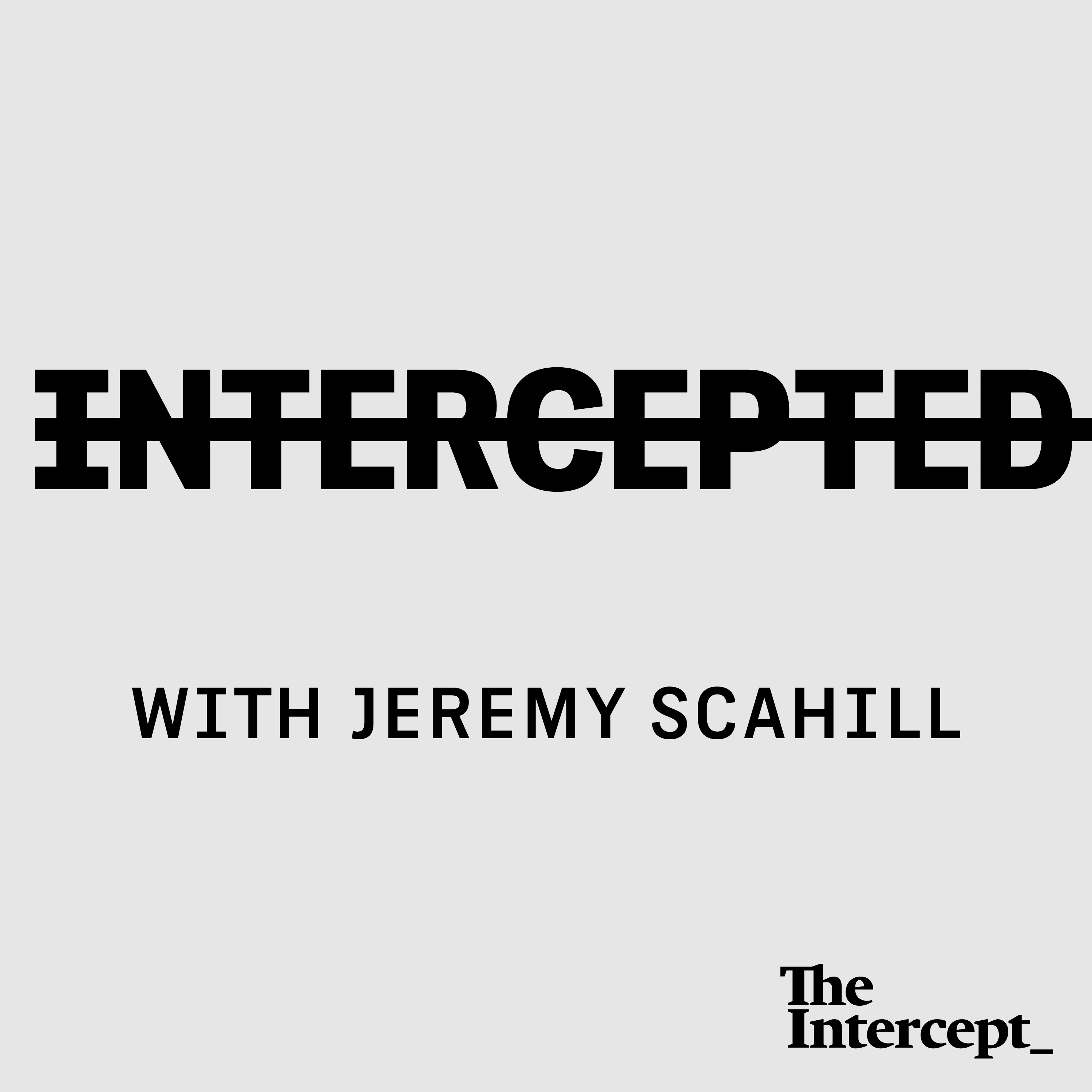 History repeats itself, even in politics. Left-wing, right-wing, tyrants and free-thinkers, all get their parts to play in the making and breaking of their countries. A piece of news from a distant land can bode trouble for your country. To stay on top of things, to be informed about how similar decisions on the part of national leaders have affected the world before, listen to ‘Intercepted with Jeremy Scahill’. The podcast covers all grounds when it comes to discussing things like national security, criminal justice and the call for movements in the country. You can listen to all about it in the episodes of the podcast here. 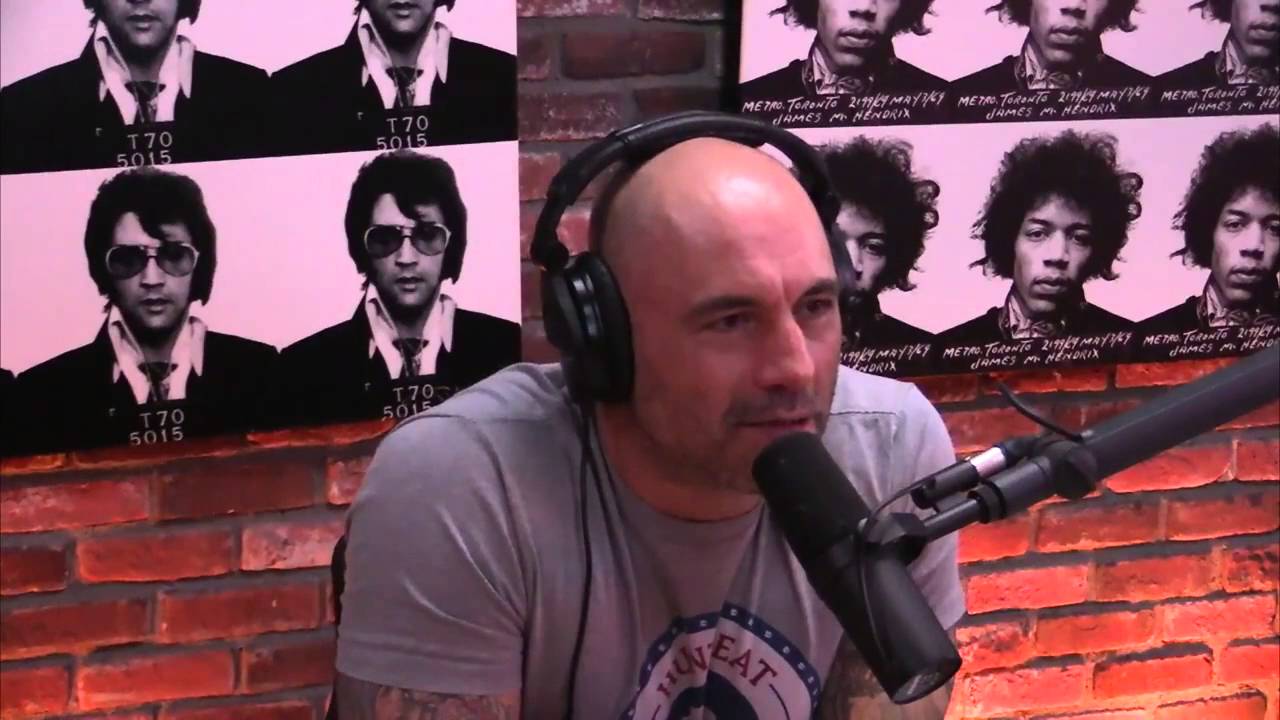 One of the most popular podcasts in the world is hosted by Joe Rogan. It started out as an experiment for him to produce more content for his fans and has now taken the form of a platform where he and his guests take up different topics and go into serious discussions. Their conversations are primarily woven around politics and current events; they can also steer towards other subjects like philosophy and entertainment. The one common factor in each discussion is a comedy. You can listen to all episodes of ‘The Joe Rogan Experience’ here. 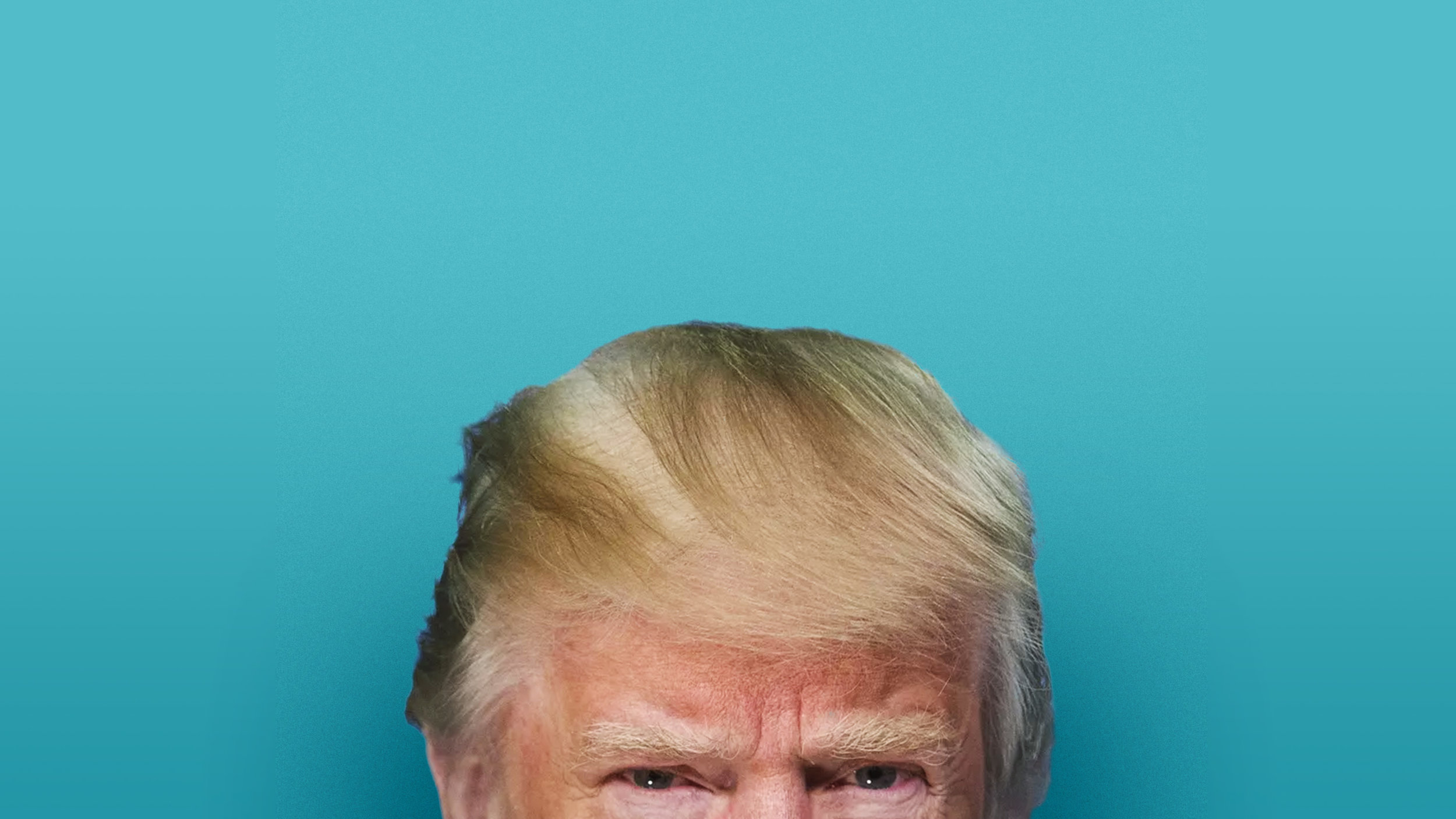 Do you sit clueless while your friends and colleagues indulge in serious debates about the political stance of the President? Is your knowledge of current affairs only superficial to the point of just being informed? Would you like to go deeper into the heart of the matter but you just don’t have time to read about all the stuff? ‘What Am Politics?’ is hosted by a man who has the same problem. So, he sits down with his well-informed buddy and they discuss everything about the political issues that keep everyone on the edge. Listen to the podcast here. 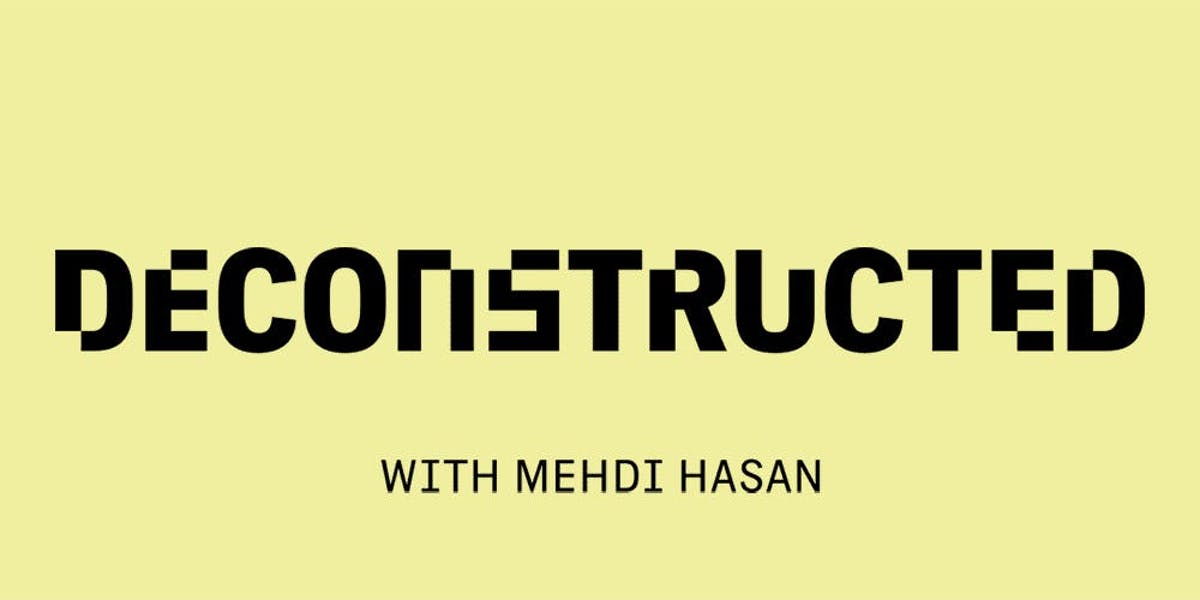 Mehdi Hasan is a Muslim immigrant living in America. Being a Muslim in an increasingly Islamophobic world and being an immigrant in Trump’s era can be a daunting thing. And this is what makes Hasan a perfect person to discuss the impact of the policies made in America, and around the world, to give us a proper picture of what it means for others like him. But that is not the only topic he focuses on. The American government and that of other countries have given him enough material for his podcast. Issues of inequality, racism, nuclear race, immigration, Trump’s policies and his approach towards other countries and how it all fits into the bigger picture — the topics of discussion are varied and engaging. You can listen to all episodes of ‘Deconstructed with Mehdi Hasan’ here. 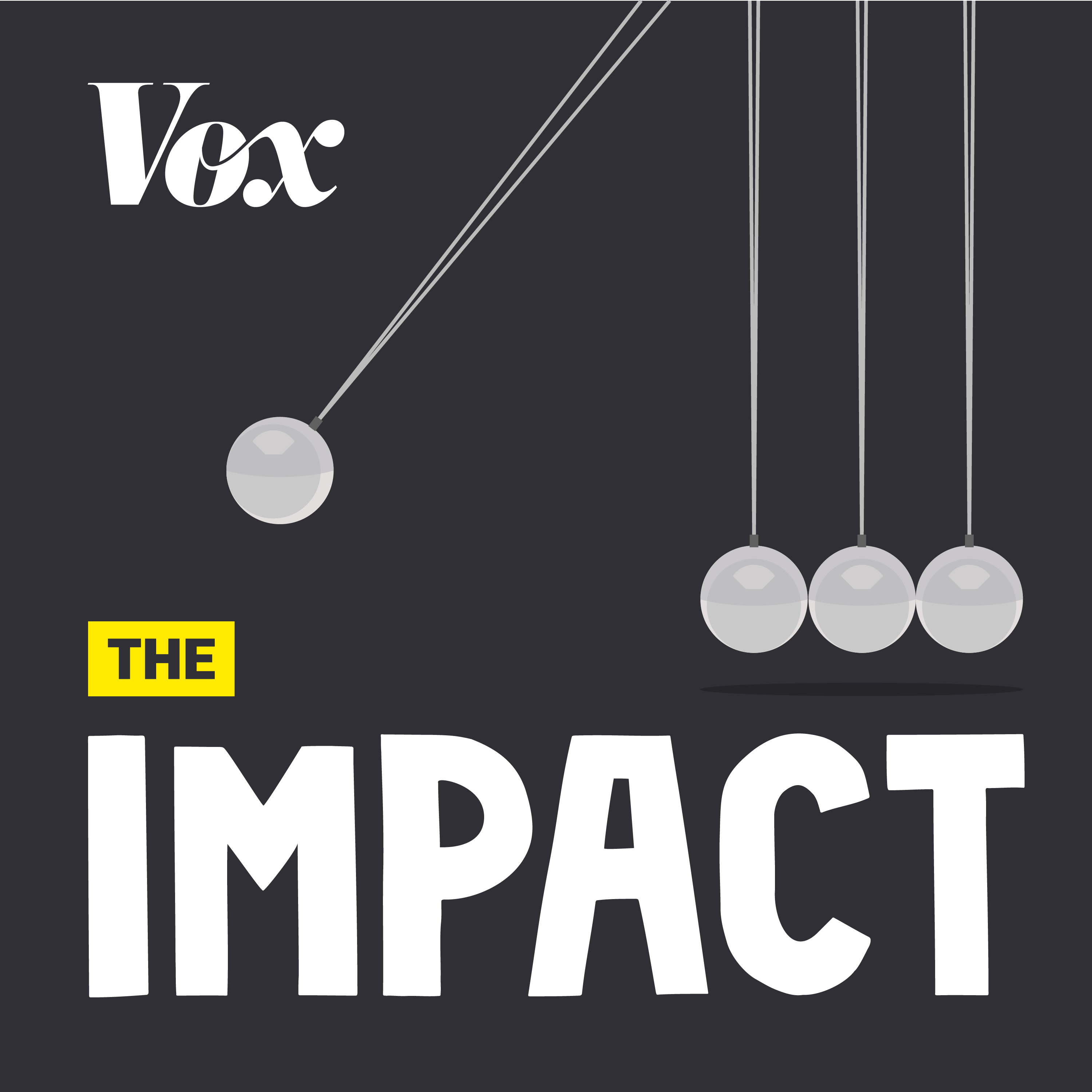 The whole system of a government, the sole purpose of the institution is to serve the public. We choose people we deem right to run the country. It is important that we know exactly what we are doing. If you haven’t yet had the grasp of how important your job is, then listen to ‘The Impact’. Forget about the elections, the political parties, the leaders and their promises. Come right to the point where a law has been passed. The most important task begins now. How does this law affect the public? Sarah Kliff has taken it upon herself to investigate the impact of various laws, how we need to change and what the government needs to do in order to bring reforms to the country.

From the problem of deportation to the absence of funding for schools, Kliff goes around the country to get an idea of the real problems that people face and what the government has done to aid them. If there is one podcast that will shake you hard and make you turn your attention to politics, no matter how unappealing it seems, it is this. You can listen to all episodes of ‘The Impact’ here.