16 Best Funny Podcasts of All Time 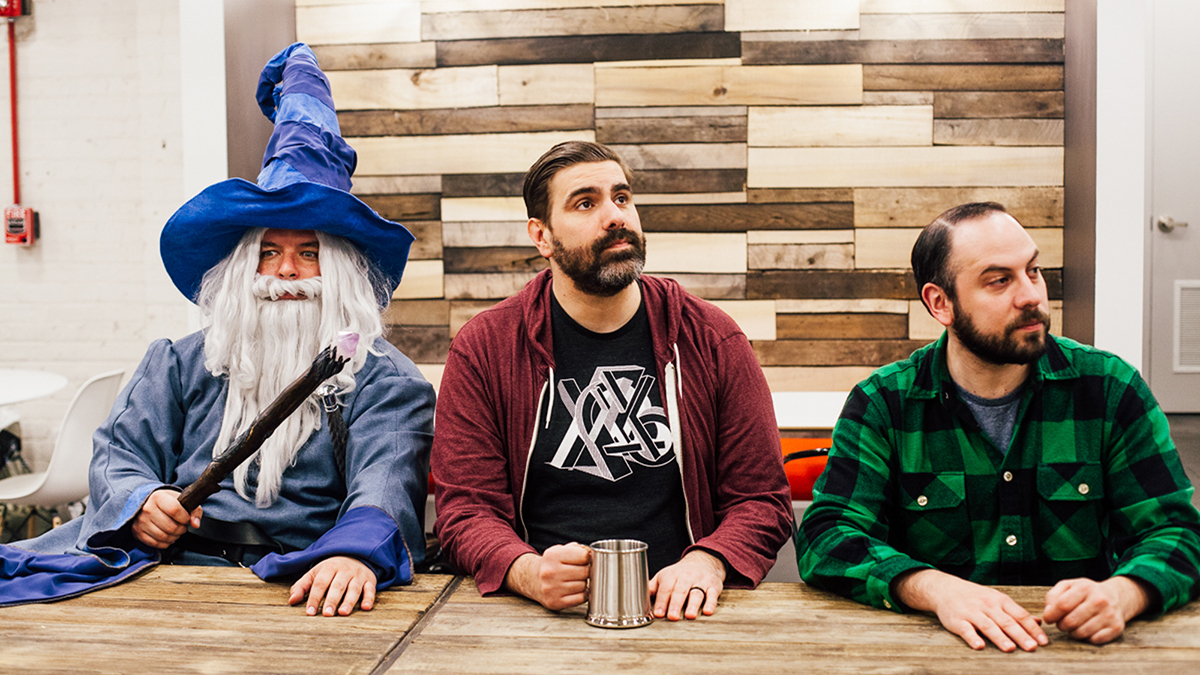 Life is busy. Every morning, you have to wake up and follow the same routine — getting ready for work, commuting, working, coming back home all tired and ready to hit the sack. Not to forget all the chores in between. How in the name of heaven can anyone ever get the time to watch a good film or catch up with the TV show that has been on hold for such a long time that you might as well forget about it? How do you liven up your mood when life is so mundane? This is where podcasts come in. You don’t have to sit down to watch them, you don’t have to dedicate a particular time slot to them. You can drive, cook, eat, work, whatever, while the podcast plays in the background. And comedy podcasts make it all the better.

The variety that you have at your disposal is staggering. Podcasts can be about movies, politics, books, trivia, or simply a person cracking some good jokes. If you want such podcasts to be the first thing you listen to in the morning and the last thing before you go to sleep, then you can check out this special compilation we’ve come up with. Here’s the list of top comedy podcasts. You can listen to several of these best comedy podcasts on iTunes, Stitcher, Spotify or even YouTube for free. 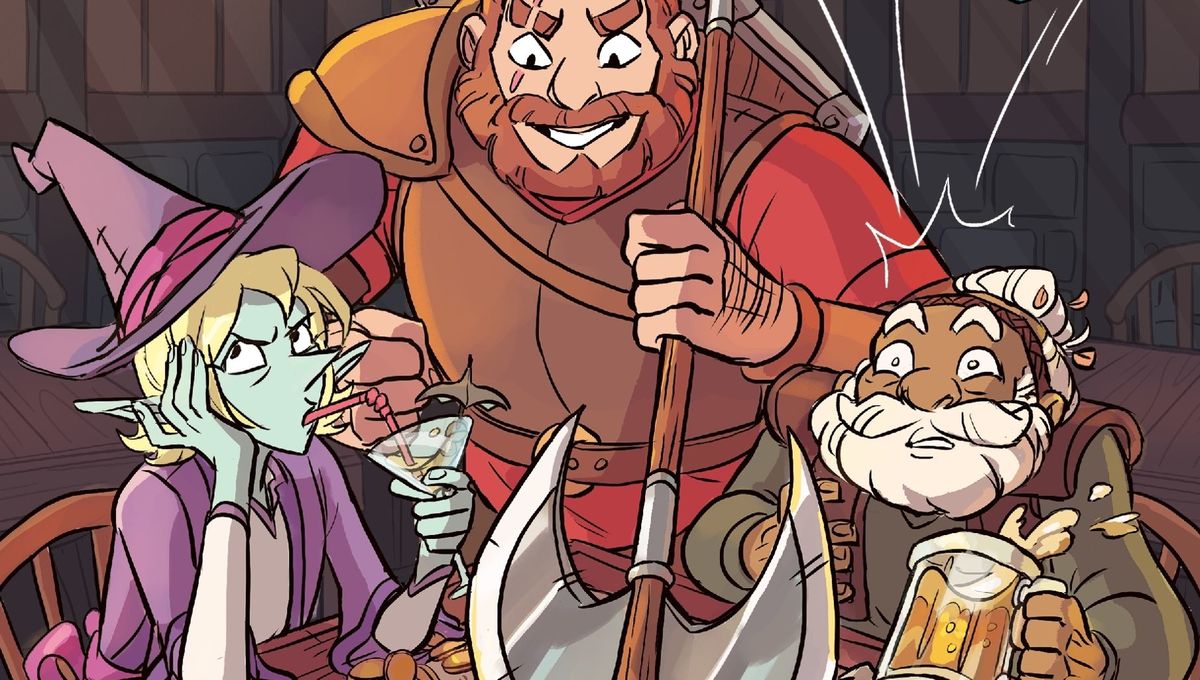 Are you a ‘Dungeons and Dragons’ fan? Do you like role-playing games, in general? If you nodded your head both the times, then ‘The Adventure Zone’ is the podcast for you. The show is hosted by Clint McElroy and his sons, Justin, Travis and Griffin. It was developed from an idea that originated from another podcast that the McElroy brothers had worked on, ‘My Brother, My Brother and Me’. Over the course of time, different arcs have been explored in the podcast, each of them independent from the other, and following a fantastical story about secret societies, magical realms, superhero movies, and all the other great stuff. You can listen to all the episodes of the podcast here. 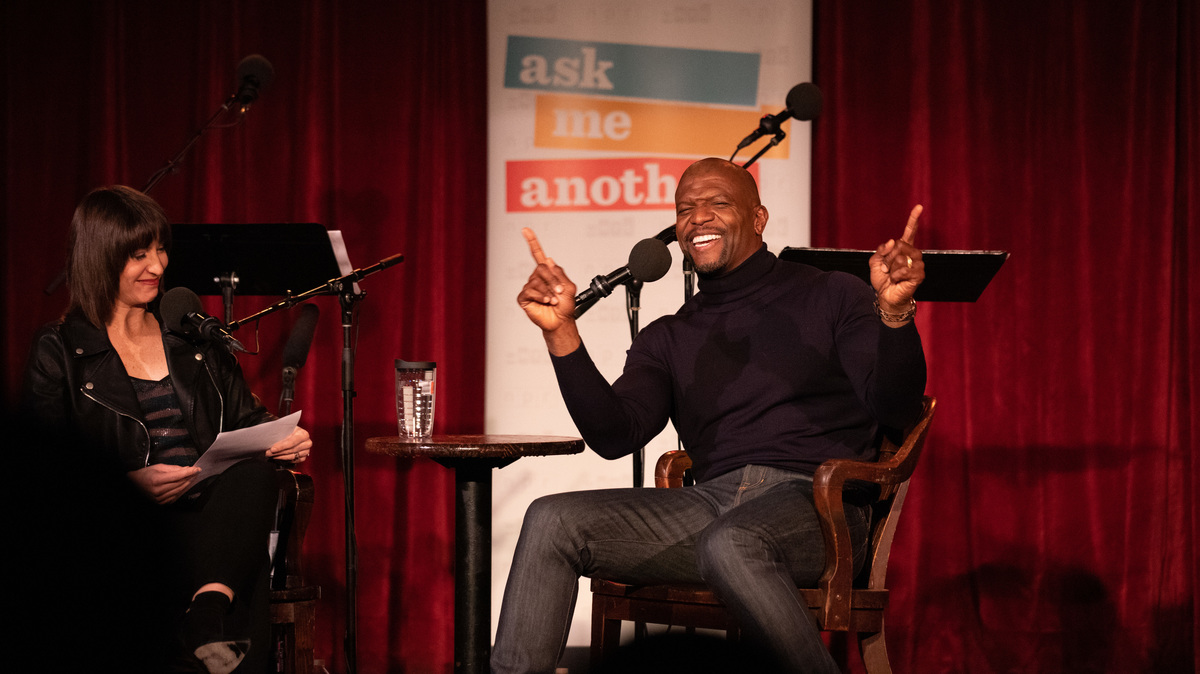 Are you a trivia king/queen? Are you the know-it-all that everyone is annoyed of? Are you the one who loves to play quizzes and fills up all the crosswords that cross your way? Then ‘Ask Me Another’ is the podcast you should listen to. Every episode of this podcast features a well-known figure and plays a game with them which mostly involves a fun exercise for the brain. The podcast is hosted by Ophira Eisenberg and Jonathan Coulton and is a great option for those who like to shout out the answers, especially when the question is not directed at them. This is a fun and entertaining podcast and you can listen to all its episodes here. 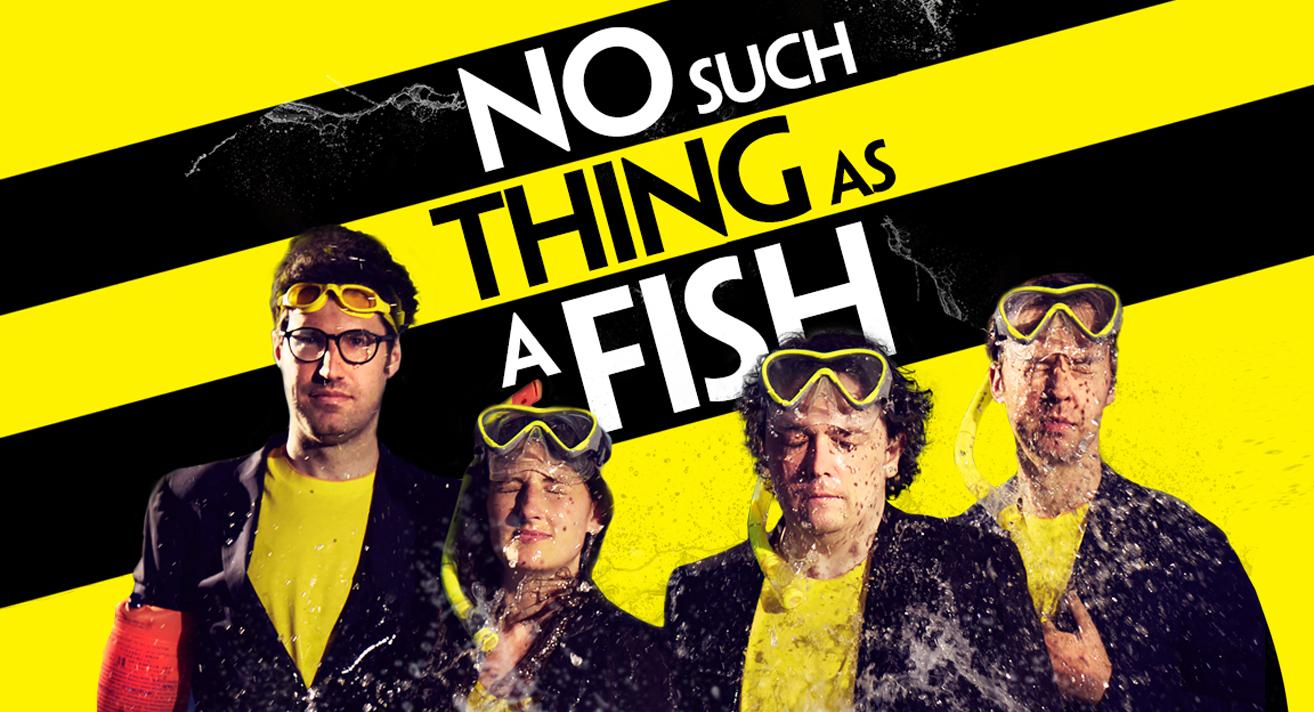 Our world is interesting. There are a lot of weird things here and with the million things that surround us, it is impossible to know everything. ‘No Such Thing as a Fish’ has got you covered here. In every episode, the hosts bring a fun fact to you, and discuss the story behind it. This is a great way to have some fun time while learning new stuff. You can listen to all the episodes of this podcast here.

Everyone has something good, something bad and something weird. In ‘You Made It Weird’, host Pete Holmes invites notable personalities, ranging from fellow comedians to scientists, musicians and authors, and talks to them about the three weirdest things about them. It is a great way to get to know them, but beware, some bizarre revelations might be waiting for you. Notable celebrities like Judd Apatow, Hannibal Buress, Zach Galifianakis, Noel Gallagher, Jon Hamm, Ellie Kemper and Jimmy Kimmel have been a part of the podcast. You can listen to all its episodes here.

If you like some fantasy twist in your comedies, then ‘Hello from the Magic Tavern’ is the podcast you should be listening to. It follows Arnie Niekamp, who has entered another dimension, the door to which exists behind a Burger King in Chicago. There, he meets a wizard called Usidore the Blue and Chunt, a shapeshifter. The three of them interview other creatures of the realm and broadcast it with the help of the weak Wi-fi signal that Arnie receives from the restaurant on the other side. You can listen to all their adventures here. 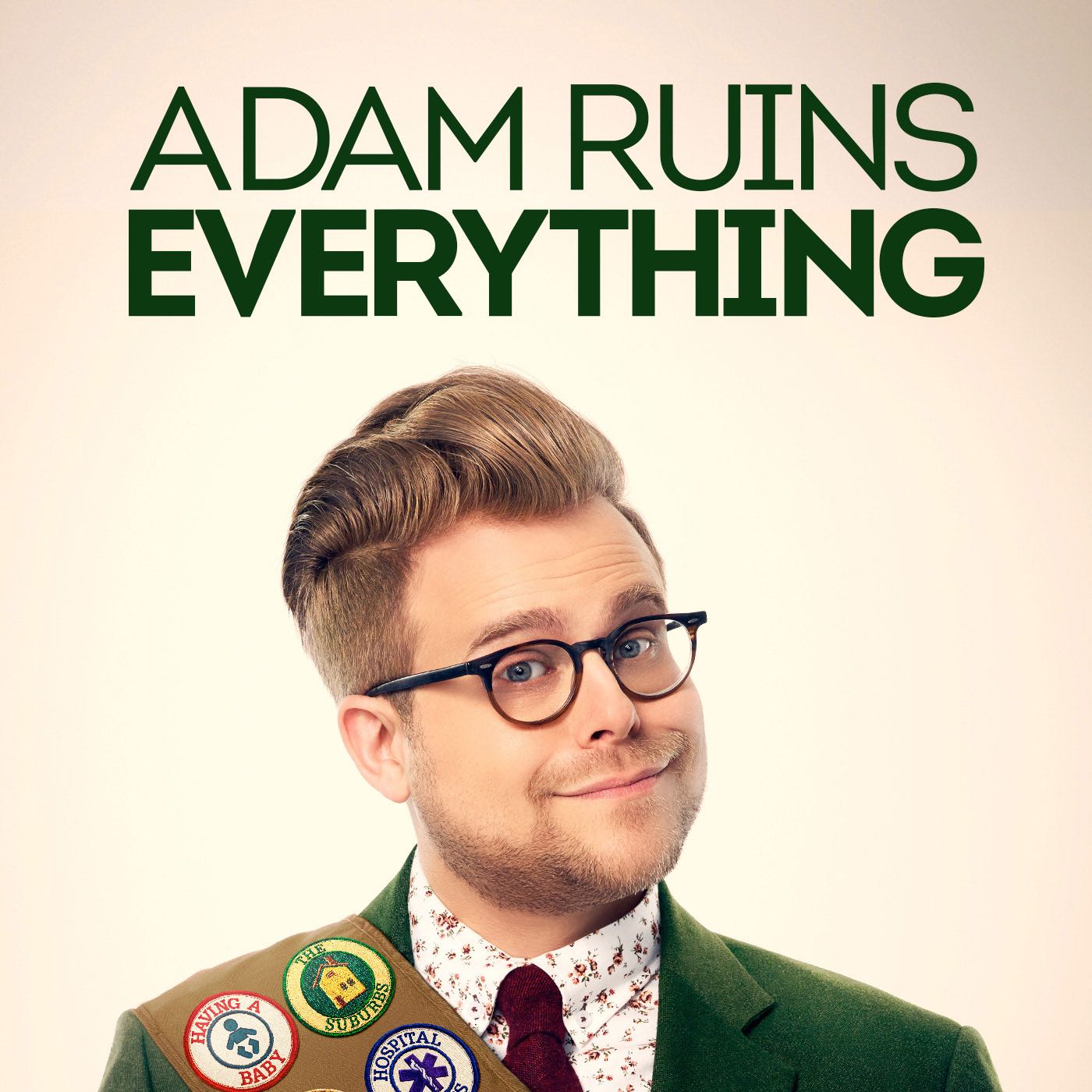 There are a lot of good things in the world, most of which we take for granted. Adam Conover has decided to change that. He thinks that it is important to talk about such things and we need to face our feelings. From memory to elections to hydration and even mass extinction, there is no stone he leaves unturned to bring us face to face with the important yet massively neglected aspects of our daily lives. Some important revelations are made and common misconceptions are shattered in every episode of ‘Adam Ruins Everything’. You can listen to the podcast here. 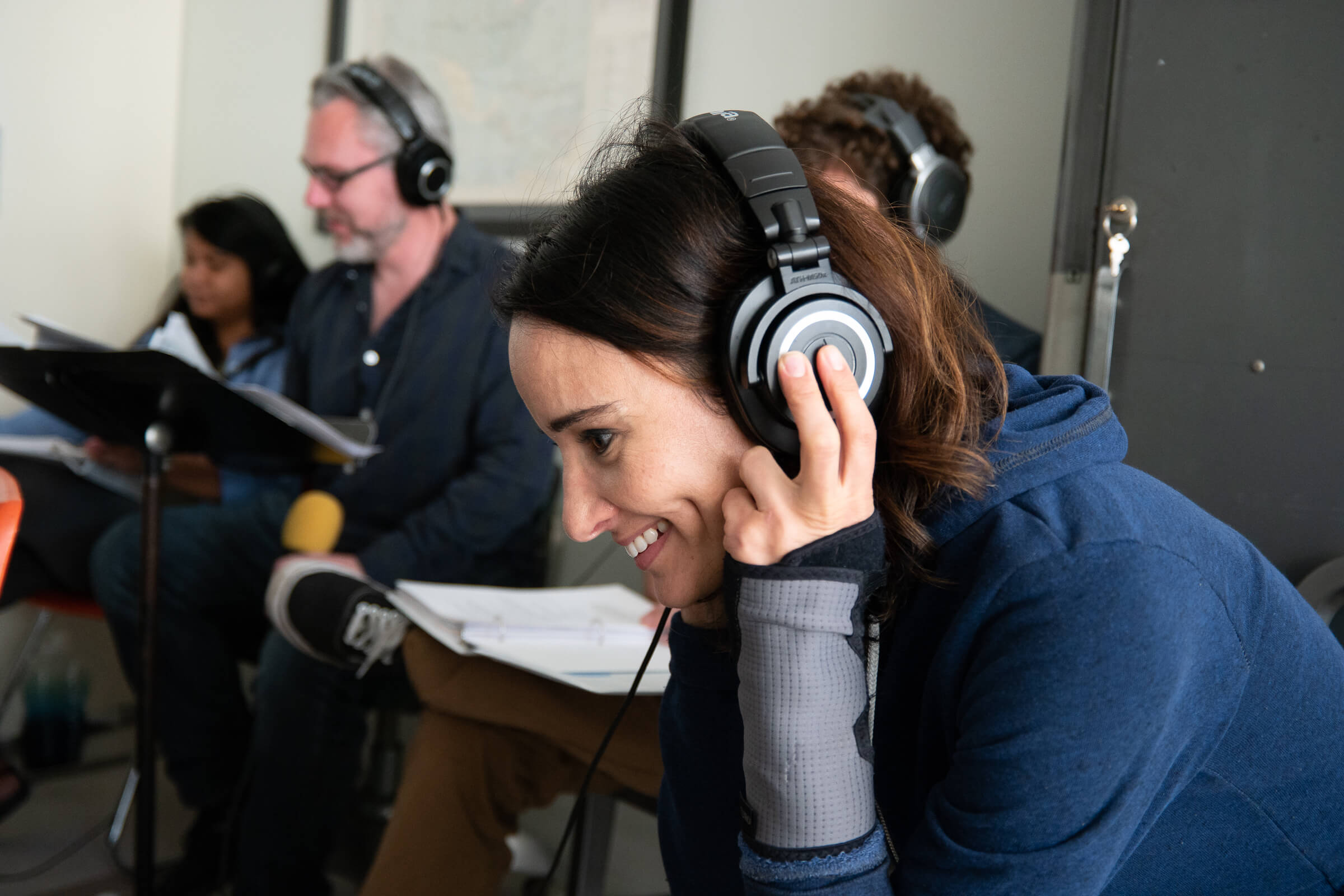 In this fantasy-adventure tale, we visit the world named Brush. It is a difficult and dangerous place to be in and is infested by wild goblins. But there is a safe space here and that is Fairhaven. It is a utopia, but how much of it, we will find out. The podcast follows the story of the monster killers who keep the world safe from the dangers outside. Despite the danger involved in the job, it isn’t lucrative. It is difficult to make the ends meet and it is this struggle that draws comparisons with real life and gives some hilarious moments. You can listen to the podcast here. 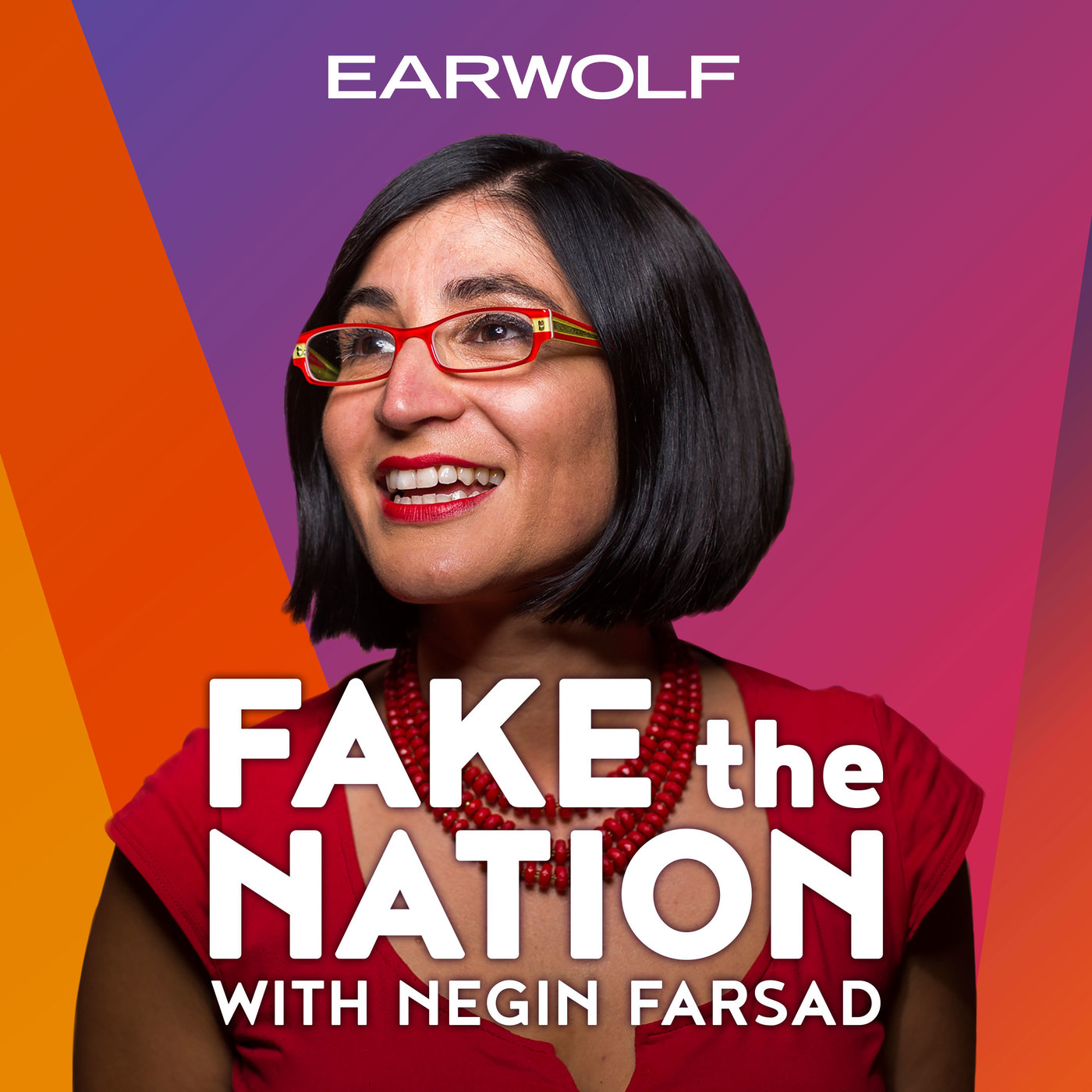 Do you not like to listen to the news because it is so morose and also because you don’t really trust news channels anymore? But then it becomes problematic because you need to stay in touch with the world. ‘Fake the Nation’ has got you covered. This podcast features Negin Farsad and her friends discussing the politics in the nation, the government’s stance to different crises in the country and the public’s involvement in bringing a change. What’s better is that the people discussing all this serious stuff are some of the best comedians. So, you might want to cry about the doomed state of your country but you can’t help but laugh about the way the news is delivered to you! Listen to all the episodes of the podcast here. 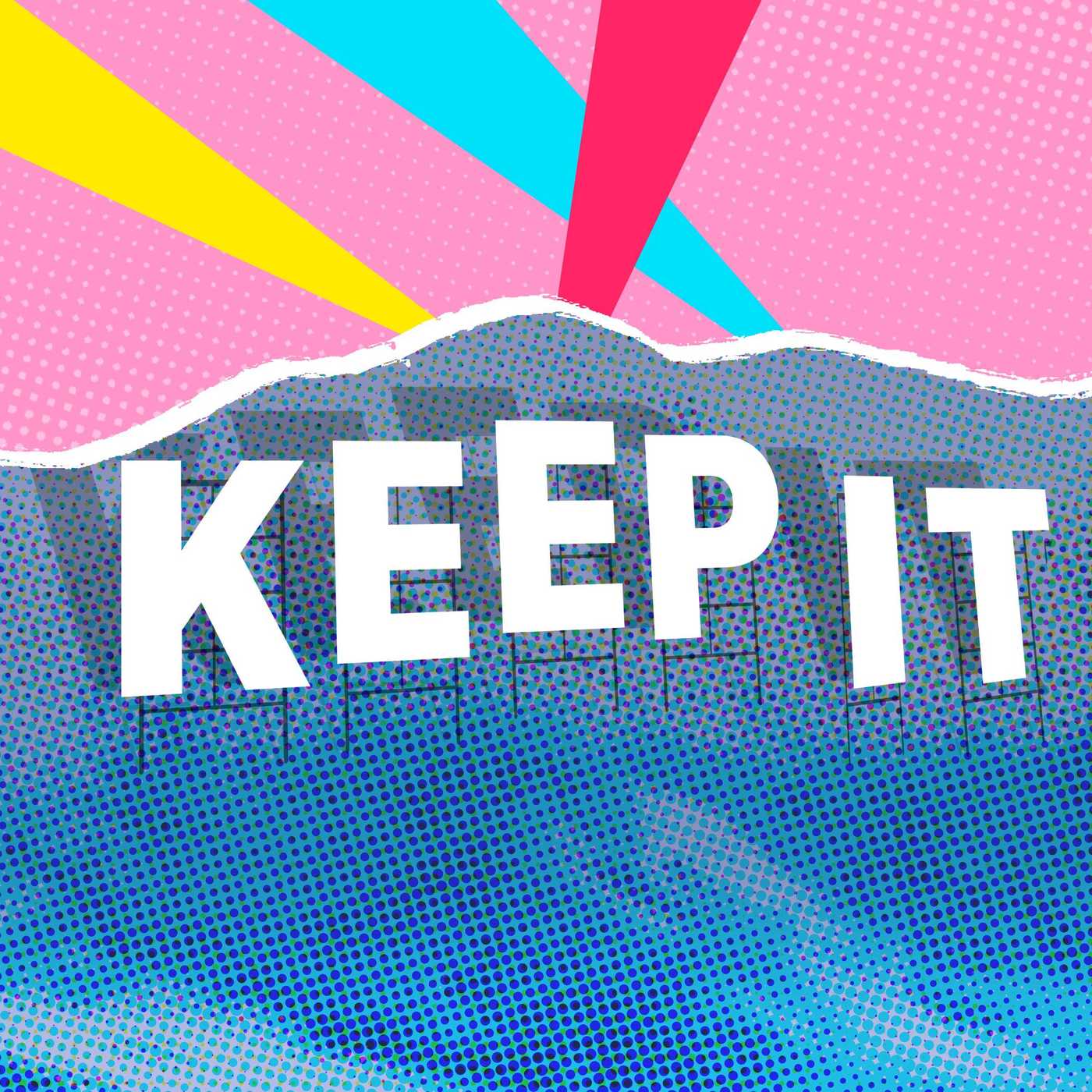 What are the two biggest things that almost everyone in the world talks about? Politics and movies. With the active participation of the film industry in voicing their opinions about the political figures, the discussion of these topics cannot be kept separate from each other. And this is what ‘Keep It!’ is all about. In every episode, Ira Madison III hosts a famous public figure — actor, politician, or activist — and discusses with them the correlation between films and politics. Also, they discuss tweets by celebrities and it gets hilarious. You can listen to all its episodes here. 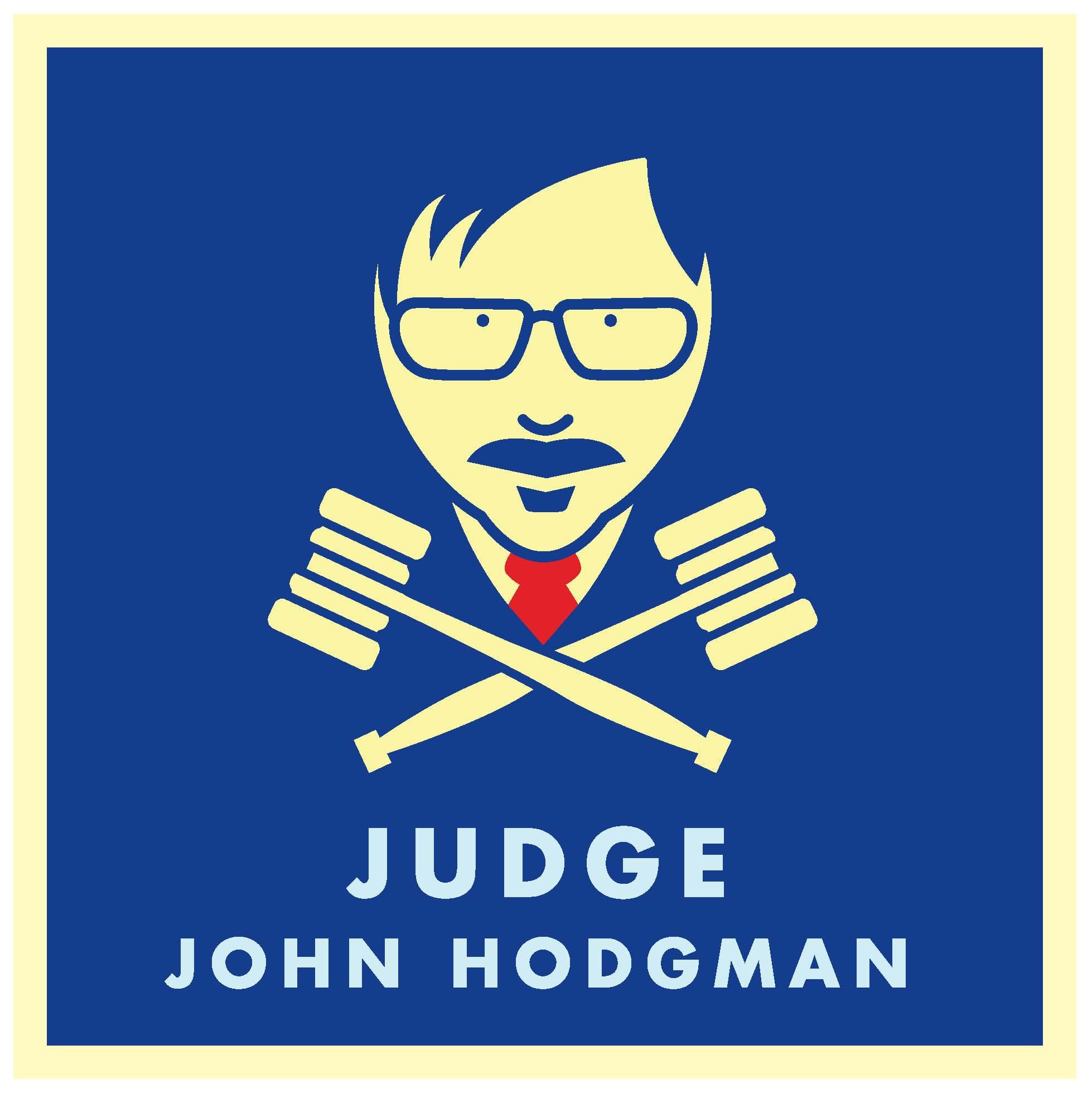 Justice takes time. There is an elaborated procedure that takes everything into consideration before giving a final verdict and it might take some time. This can get very tiring and it stretches further if you are not satisfied with a verdict and take it to a higher court. In ‘Judge John Hodgman’, things are easier. If you have a dispute with someone and don’t want to take it to court, then you can take it to Judge Hodgman. If your case is selected for the hearing, you have to agree to abide by the rules. Expert witnesses help crack the case and there is a bailiff that provides additional commentary about the case. By the end of the episode, you’ll have your verdict. You can listen to all the cases handled by ‘Judge John Hodgman’ here. 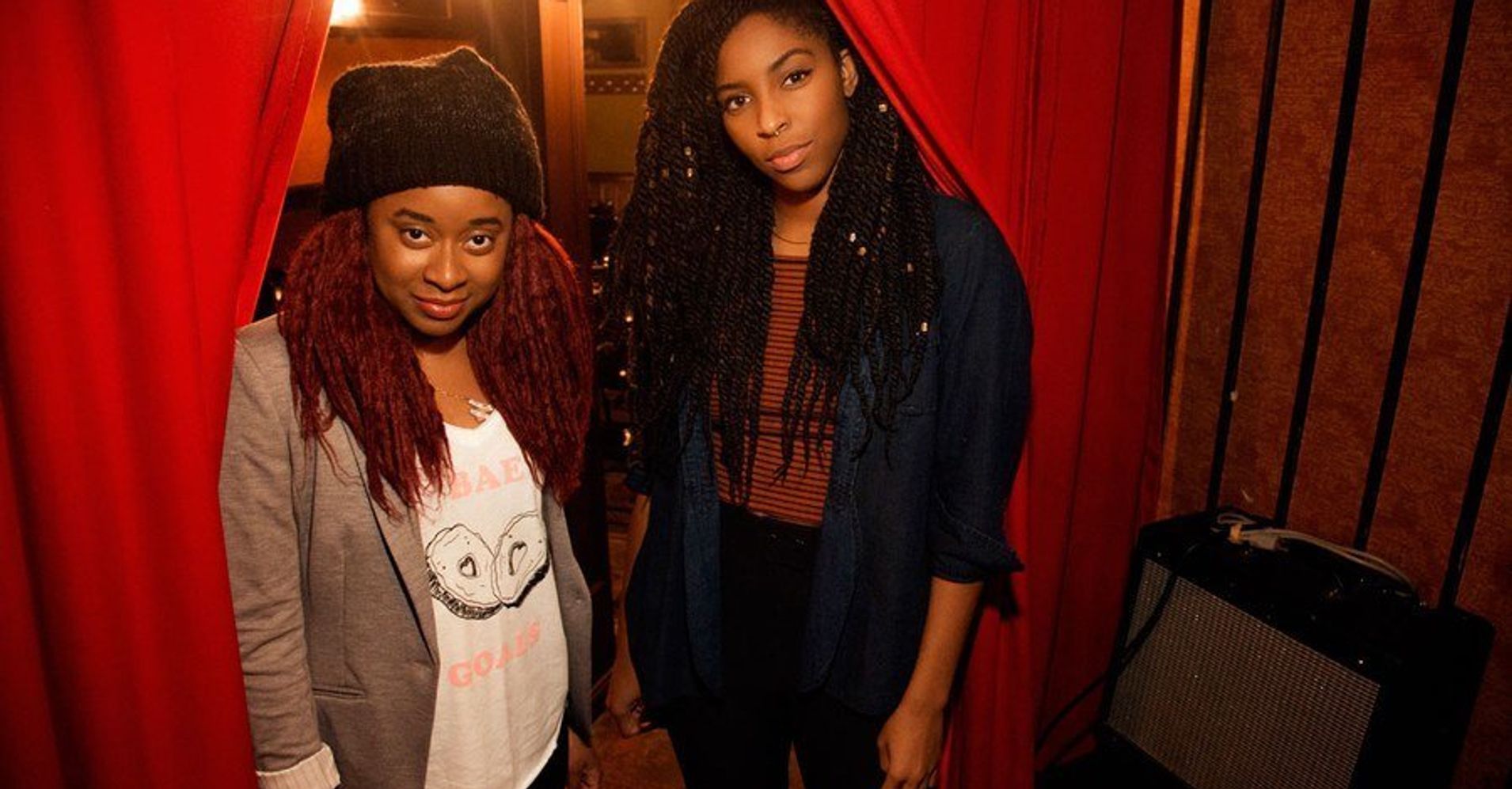 Hosted by Jessica Williams and Phoebe Robinson, every episode of this podcast features a couple of guests and they discuss various things, from race issues to romance, and all the other things. Celebs like Jon Hamm, Michelle Buteau, Nick Kroll and LeVar Burton have made an appearance in ‘2 Dope Queens’. It was also adapted for a four-episode special by HBO. You can listen to the podcast here. 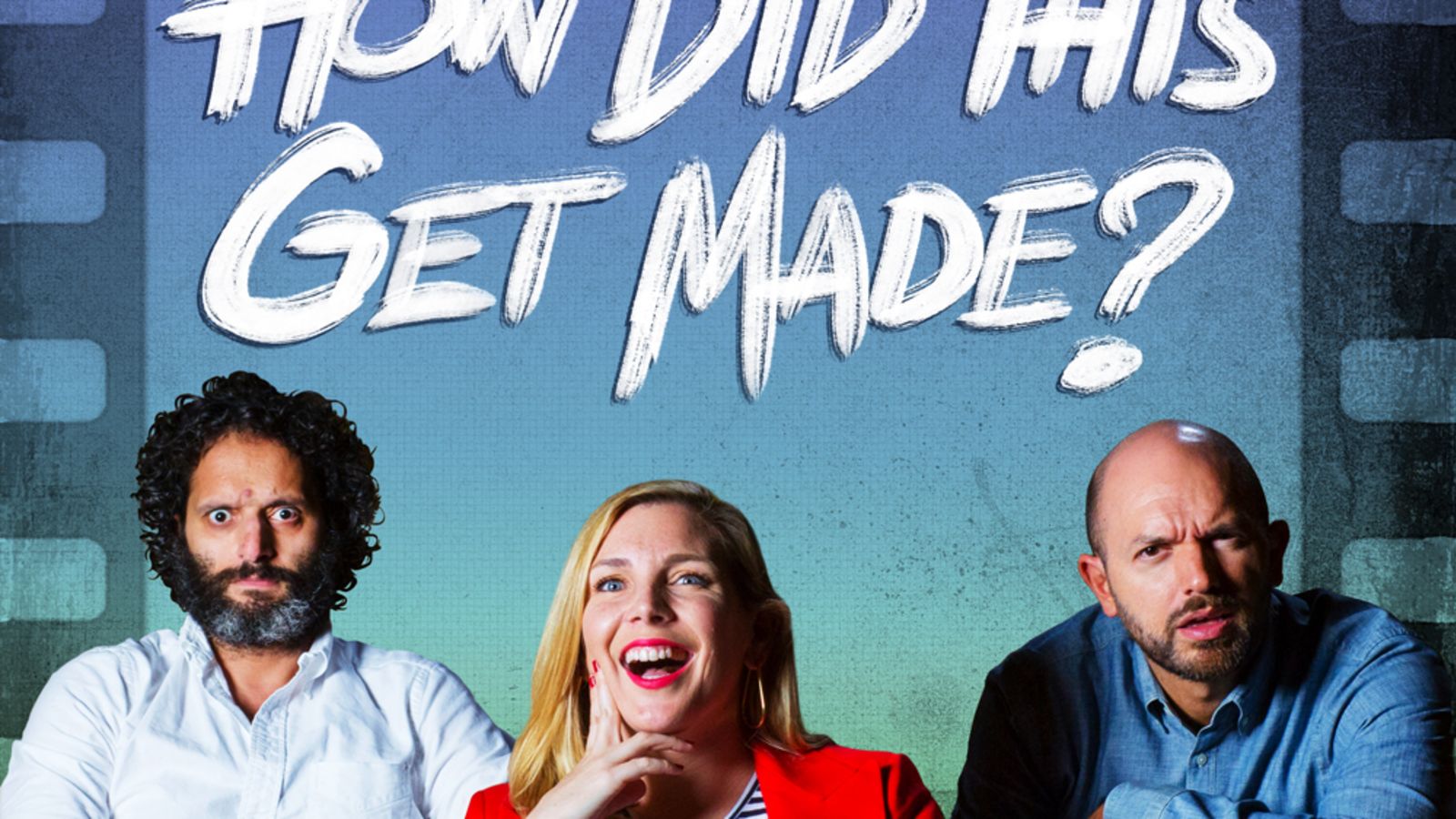 A humungous number of movies are released every year, in theatres, on streaming services, and the ones that go direct to video. The best ones are showered with awards and we get to hear about them a lot. But what about the worst ones? In ‘How Did This Get Made?’, Paul Scheer, June Diane Raphael and Jason Mantzoukas discuss some of the worst films ever made. They try to figure out the plot of the film and provide additional commentary. If one of your favourite films is a subject of one of the episodes, you need to change your taste in movies. You can listen to the podcast here. 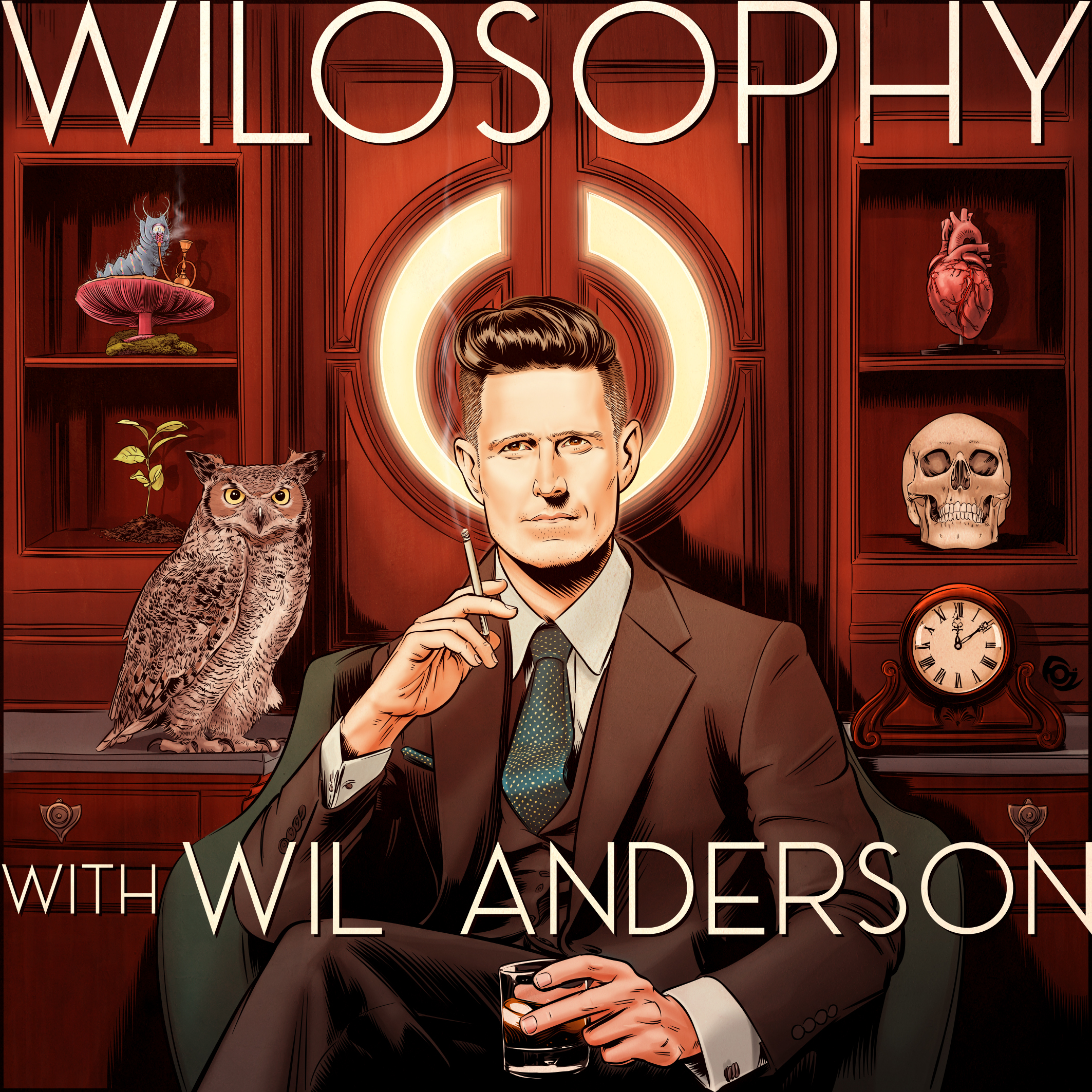 Do you have a curious mind? Do you have some questions that others will most definitely consider stupid? Well, you might hesitate because of that but Wil Anderson will not. He has a lot of questions about a lot of things and he aims to find the answers. In every episode of ‘WILOSOPHY’, he invites a noted figure and asks them all sorts of questions. If similar queries have been bubbling inside your head as well, this podcast is a great way to have them answered. You can catch all the episodes of this podcast here. 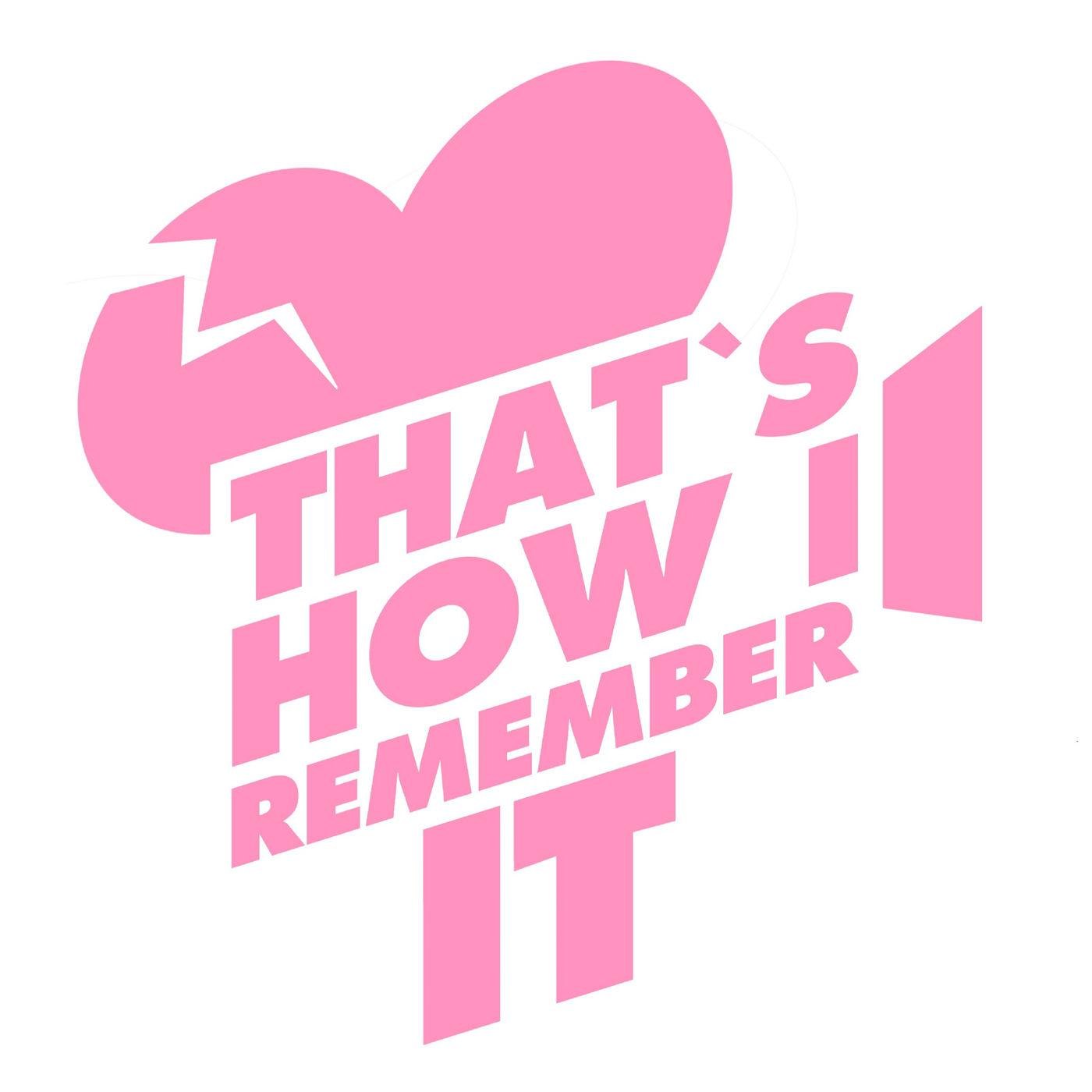 How many films do you think you have seen? You have no idea, right? Between the films that have wide releases to the ones that we catch on Netflix and Prime Video to the classics that are on our list and the foreign films that we have seen, there is a great number of films that we have watched. In such a case, it is normal to not remember every detail clearly. But if someone starts talking about it, how would you best describe it? ‘That’s How I Remember It’ features the hosts trying to recall some of the best-known movies in as much obscure detail as they can. Get ready to witness a different version of ‘Die Hard’, ‘E.T’, ‘Back to the Future’, ‘Rocky’ and many more. You can listen to the podcast here. 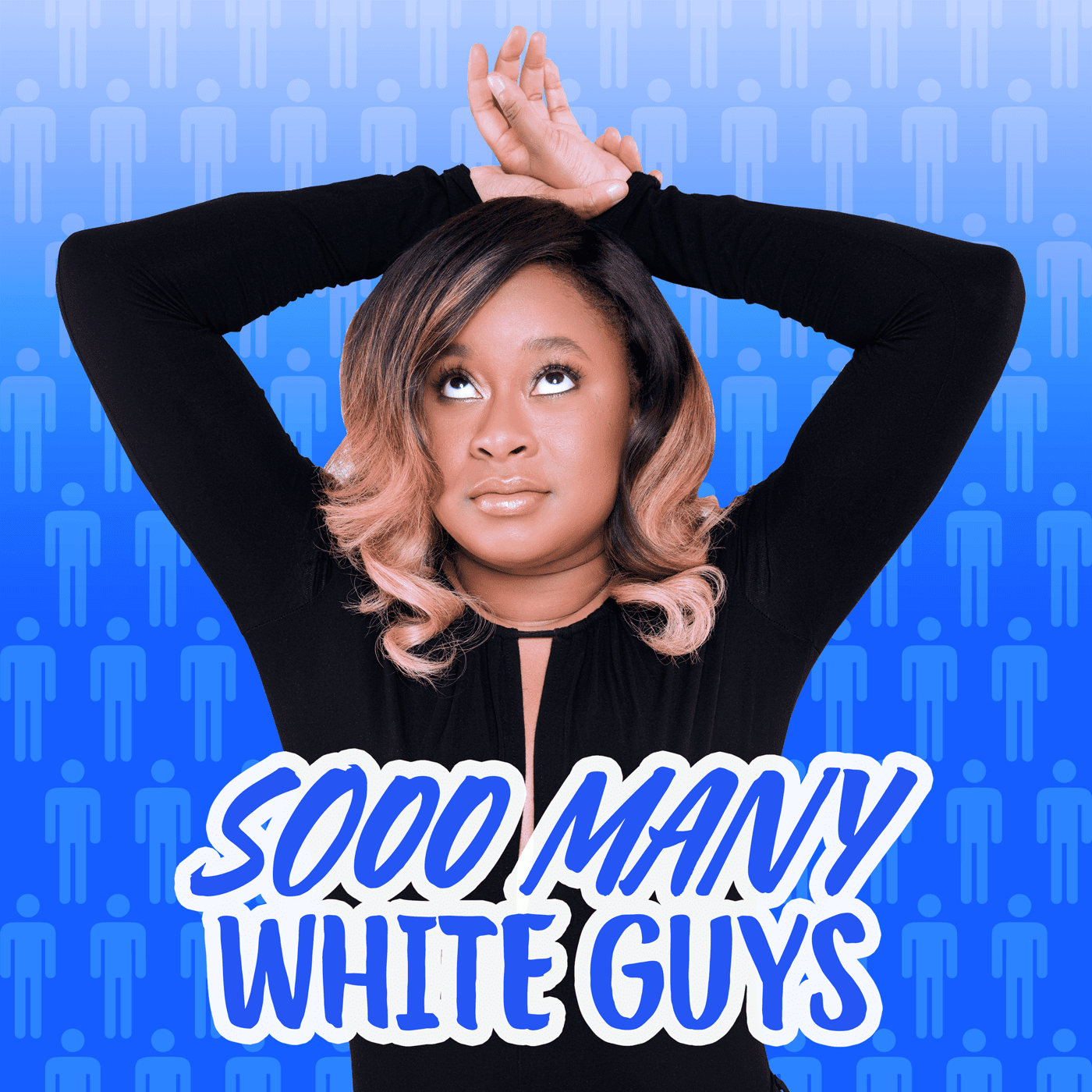 Phoebe Robinson is a black woman in a field dominated by white men. How difficult it would have been for her to make it through is another story and the one that she doesn’t focus on this podcast. She has a lot of things on her mind, and in every episode of ‘Sooo Many White Guys’, she invites other comedians, writers, actors and other accomplished personalities to discuss various issues. What sets her guests apart is that most of them “aren’t white dudes”. You can catch all the episodes of this funny and often inspirational podcast here.

Jamie Morton’s father wrote a series called ‘Belinda Blinked’. It follows the story of a woman who works in the pots-and-pans industry and in order to secure business for her firm has to employ the art of seduction! When Morton realised that his dad had actually written a porno, partly inspired by the success of ‘Fifty Shades of Grey’ (Morton doesn’t think he has read it), he and his friends decided to make a podcast about it. In every episode, they read one chapter from the book and discuss the characters and the storyline, if there is any. It is hilarious and has a lot of ‘spit out the drink’ moments. It is one of the most successful podcasts and HBO even made a special of it, which was released on May 14, 2019. You can listen to all its episodes here.