Turtle on ‘The Masked Singer’: Clues and Guesses 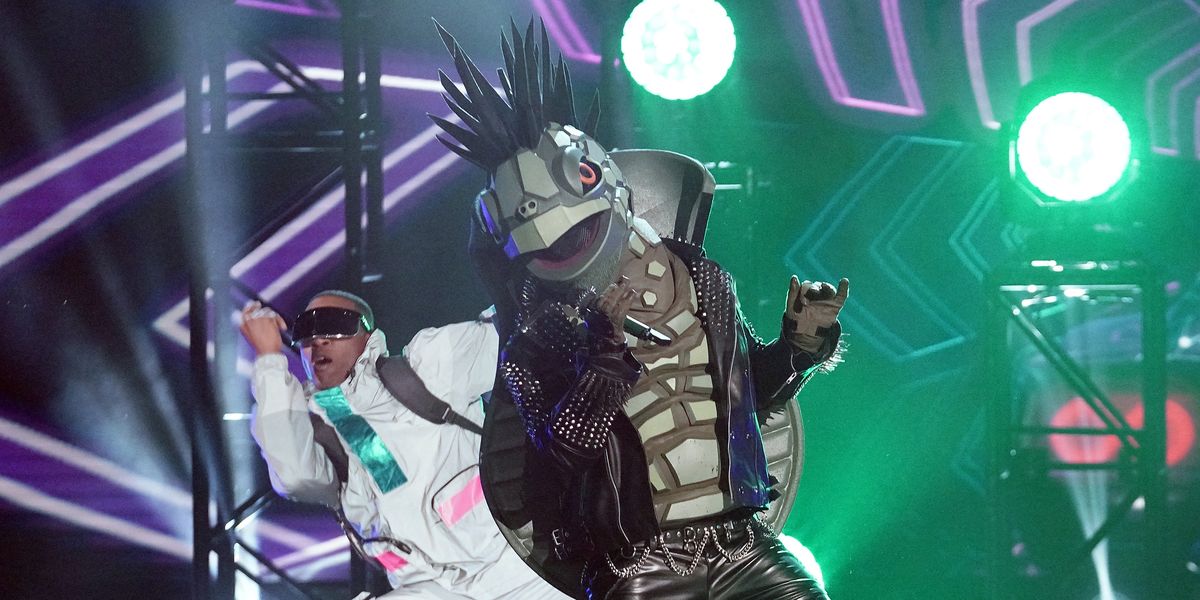 ‘The Masked Singer’ Season 3 has given us a host of talented performers. While many of them have amazing vocal prowess, some have outstanding stage presence. Turtle is one of the few who brings the proverbial ‘complete package’ every time he gets up to perform. Not only does Turtle have the voice, but he’s got some moves as well.

Naturally, the performer has managed to sail through the group stages and the Super Nine. With the Smackdowns approaching, you might be wondering about who’s behind the Turtle mask. We have got you covered with the clues and guesses.

Turtle tells us he’s hardcore about being the best at everything he does. The performer refers to method acting, as part of his preparation to be the Turtle. Before the show, he runs a 10k with a 40-pound vest, to get used to the weight of the turtle shell. The shell is a quarter of his body weight. Despite not being a dancer, the Turtle has done a lot of choreography to perfect his stage moves. Eager to win the competition, Turtle finally gives us his super clue. We see a comic book that says “The Amazing Adventures of Shellboy”. The tagline is ‘Who’s the Hero Behind the Mask’. We also notice that the comic is priced at $10.13.

He ends his package by saying it is not another teeny clue. Turtle belts out ‘Higher Love’ by Steve Winwood. As part of the April Fool’s pattern of dispelling one wrong notion about Turtle’s identity, the performer says that he’s not just known for one thing. You can check out Turtle’s clue package below.

Fans have been pretty sure Turtle is Jesse McCartney from the first time he took the stage. Now, with the new set of clues, we would like to double down on this assertion. Turtle mentions that he practices with a 40-pound vest to get ready to put on the turtle shell, which is a quarter of his weight. Jesse weighs around 160 pounds. Even more apparent is the clue about the comic book. Jesse voices the character of Dick Grayson in the animated ‘Young Justice‘ series. While the comic hint could be referring to this, the $10.13 can have two possible references.

Firstly, Jesse first voiced Dick’s part from 2010-2013, before reprising it recently. Secondly, fans have pointed out that the initials of Jesse’s name, J and M, are the 10th and 13th letters of the alphabet. Turtle also says that his super nine clue is not a ‘teeny’ one, and ‘Young Justice’ is about teen heroes. Many fans have ended up linking the two.

The latest package aside, Turtle has given out several clues that line up with Jesse, rather wonderfully. For example, one of the packages states, “Don’t rave ever at my school -Turtle,” where the initials make up ‘DREAMST’. Naturally, this refers to Jesse’s former band, Dream St. His clue to Nicole about spending the morning together, could refer to the time Jesse performed with The Pussycat Dolls on ‘The Today Show’.

With all the clues pointing at Jesse, most netizens have reached an agreeable conclusion about Turtle’s identity. You can check out the tweet below, where a fan is sure about who’s wearing the Turtle mask.

As Ken Jeong said, Turtle has the potential to be a frontrunner this season, and we are not likely to see him eliminated soon. Therefore, we will get more clues, allowing us to ascertain whether Jesse is genuinely behind the Turtle mask. Currently, it seems to be a foregone conclusion.

Read More: Who is Kangaroo on Masked Singer?