Valley of the Dead Ending, Explained: Who Created the Bioweapon? 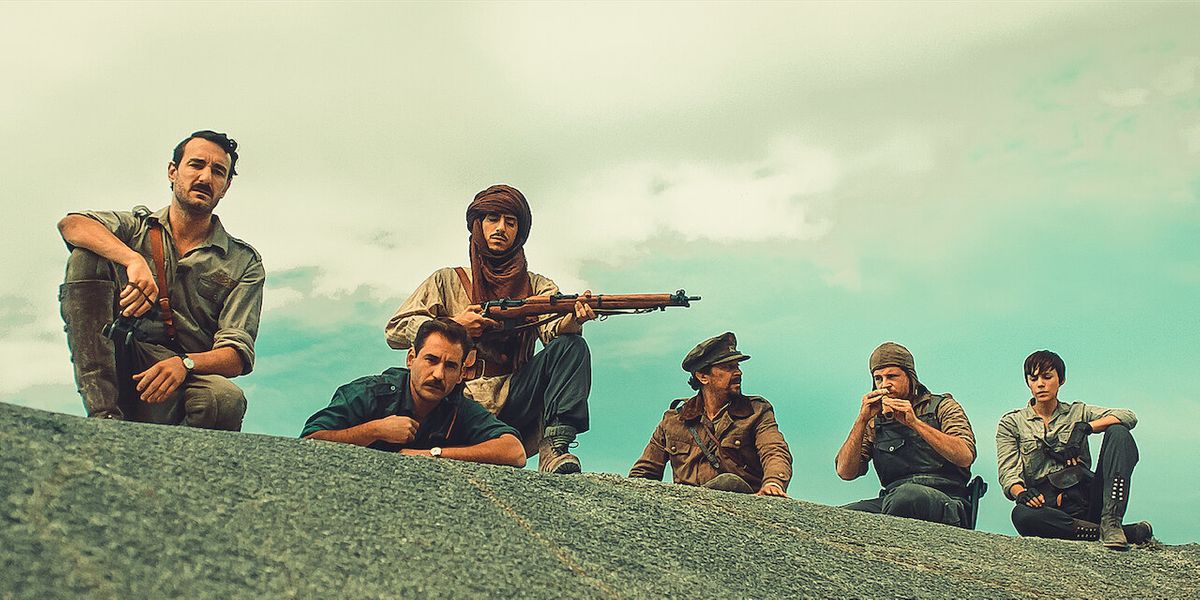 Netflix’s ‘Valley of the Dead’ (alternatively titled ‘Malnazidos’) is a zombie action film based on Manuel Martín Ferreras’ 2012 novel ‘Noche de Difuntos Del 38.’ The Spanish film is directed by Javier Ruiz Caldera and Alberto de Toro. It takes place during the peak of the Spanish Civil War when the opposing factions are forced to form an alliance after the emergence of zombies. Captain Jan Lozano and his group search for the zombie virus’ origin in a bid to end the cataclysmic event. If you are wondering whether Jan and his group succeed in their quest, here is everything you need to know about the ending of ‘Valley of the Dead.’ SPOILERS AHEAD!

Valley of the Dead Plot Synopsis

‘Valley of the Dead’ opens with a Nazi troop interrupting a wedding at a church in rural Spain. After killing the wedding guests, the Nazis unleash a bioweapon that turns the dead into zombies. Elsewhere, the Spanish Civil War is raging on, and the Republican and Francoist forces are at odds with one another. Francoist Captain Jan Lozano is about to be shot for treason. However, Jan is saved by his uncle, General Lazano, and assigned a secret mission. Jan sets out with the 17-year-old Decruz as his driver. Together the two venture into the no mand’s land, where they must deliver a message to Alarcoz, the Colonel of the Sixth Brigade. 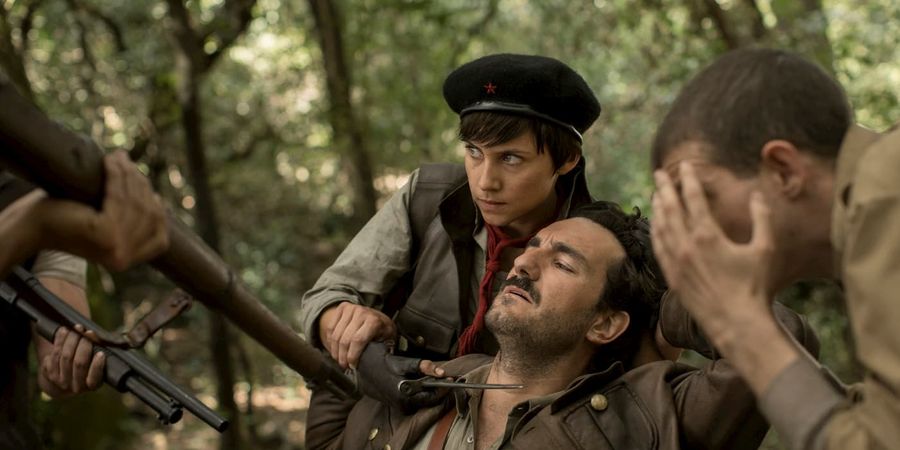 On their route to complete the mission, Jan and Decruz are discovered and captured by a troop of Republican soldiers. While keeping the duo hostage, the Republicans try to export information from Jan and Decruz. However, the two groups are attacked by zombies, and the Republicans lose two members from their ranks. While evading the zombies, the two groups find it difficult to trust each other. Eventually, they seek refuge at a church where they meet Francoist Lieutenant Jurel, a Muslim man named Rafir, and a nun named Flor. Realizing that the threat they face is much larger than the war they are fighting; the two opposing factions form an uneasy alliance.

After the zombies swarm their temporary shelter, the group is forced to flee. The Republican faction leader, Sargento Jacinto, presses Jan for answers about the zombies after learning that the Nazis are involved. Jan reveals that the envelope given to him contains a map that marks the starting point of the zombie virus. He proposes heading to the remote spot, believing that the Nazis would never unleash bioweapons without an antidote. How the group fends off the zombies and battles for their survival while searching for the antidote forms the rest of the plot.

Valley of the Dead Ending: Who Created the Bioweapon? Does Jan Find the Antidote?

After arriving at the checkpoint marked on the map, Jan is surprised to see his uncle on the frontlines. Jan tries to reason with General Lazano to secure passage for his companions. However, General Lazano refuses to allow the opposing faction members inside the check post. He reveals that the virus was created by Nazis working in tandems with the Francoist forces. 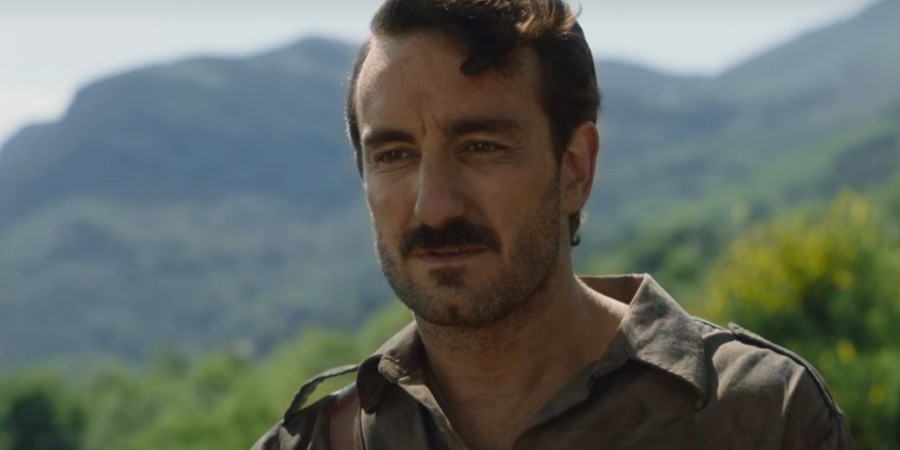 General Lazano states the Russians who are working alongside the Republicans in the Civil War have developed a similar bioweapon. Hence, the Francoists deployed their weapon first to gain the upper hand in the war. After Jan realizes that his side is caught up in the politics of the war, he reunites with his group and formulates a different plan to get the antidote.

In the end, the group decides to set aside their differences and plans on storming the check post to get the antidote. However, during their attack, the check post is swarmed by the zombies resulting in utter chaos. Jan and his group learn that the Nazis had developed the virus without an antidote. Thus, the group realizes that they are doomed and must make one final stand for their survival. During the fight with the zombies, Jurel, Match, and Decruz, sacrifice themselves to ensure that the others have a chance to survive.

Ultimately, not everyone survives, and the zombies are still at large. However, the actions of Jan’s group prove that humanity’s only chance of surviving against the rapidly multiplying army of the dead is by working together. Humanity’s dark future is kickstarted by their own inability to trust each other. Hence, it is not a surprise that there is no antidote to the hellish weapon unleashed by the Nazis. The only way humans can survive this apocalyptic event is by trusting each other.

Do Jan and Matacuras Survive? Do They End Up Together?

Jan meets Matacuras (“Priest-Killer” in the English dub) after the Republican forces capture him. As the narrative progresses, sparks fly between the two, and there is a hint of a romance between Jan and Matacuras. During the climactic battle with the zombies, Jan and Matacuras stick together. The duo uses their military skills to fight the zombies but faces overwhelming odds. Jan and Matacuras are cornered by the zombies and hide inside a train caravan. In the process, Jan is bit by a zombie. To save his life, Matacuras chops off Jan’s hand.

Both realize they likely do not have much time as the zombies start clawing at the caravan’s door. Jan and Matacuras finally address their romantic feelings for each other and share a passionate kiss. The kiss marks a potential romantic future for the duo, but the moment is juxtaposed against the grim fate of humanity. Just as it seems like all is lost, and the pair will die at the hands of zombies, Sargento Jacinto starts the engine and gets the training moving. Jan and Matacuras narrowly escape certain deaths and venture to the outskirts of Spain.

In the final moments, Matacuras drops off Jan and decides to go her own way. Jan tries to convince her to remain with him and explore their romance. However, as Matacuras notes, nothing good can come out of war. Thus, with a heavy heart Jan and Matacuras part ways. Jan asks Matacuras’ real name, but she rides away without revealing it. The moment caps off the tragi-comic and brief romance between two enemies fighting for radically different causes. Nonetheless, they learn to work together and even fall in love. Hence, the film ends on an optimistic note by denoting the good qualities of humanity. Jan and Matacuras survive the zombie carnage and live to fight another day. However, a post-credit scene highlights a dark fate for Jan as his severed hand reanimates as a zombie.