Warcraft III: Reforged: Everything We Know 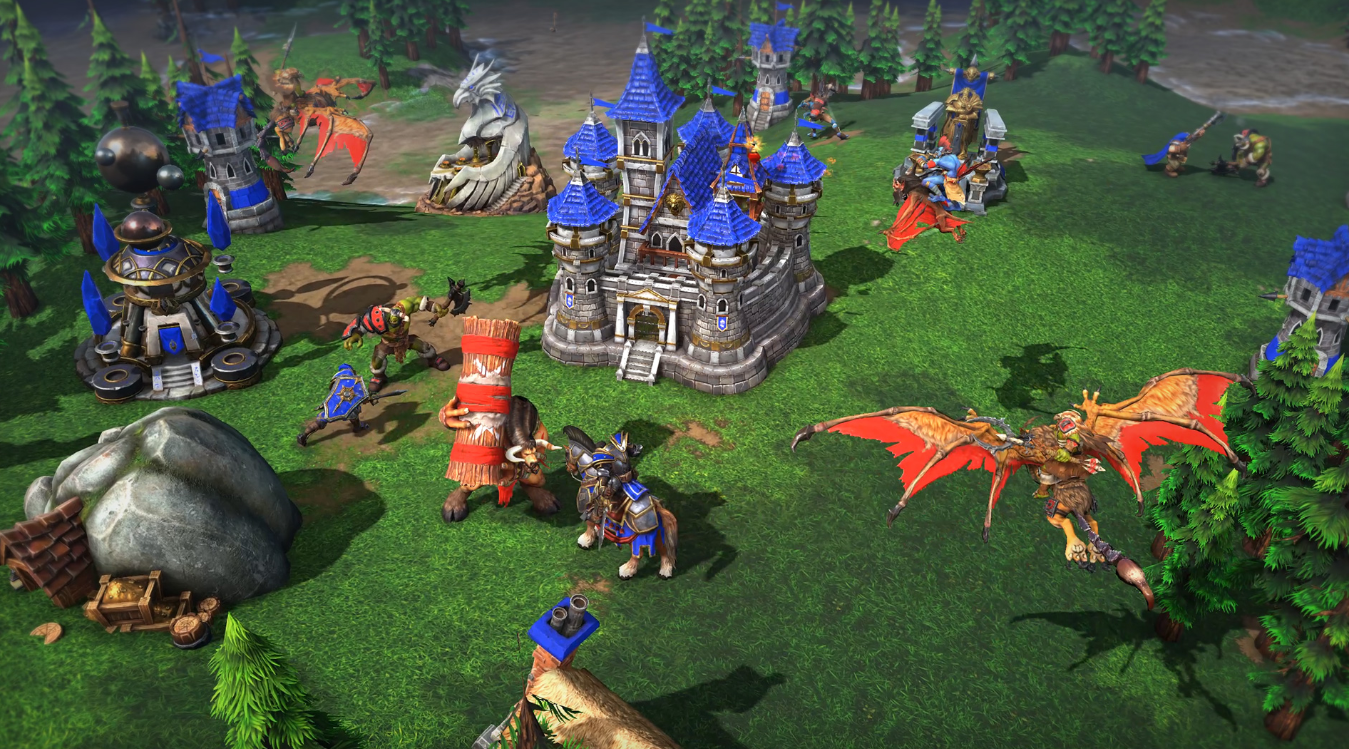 One of the most decorated gaming franchises in the annals of gaming history is ‘Warcraft‘, Blizzard Entertainment’s high fantasy real-time strategy (RTS) game and original claim to fame. The most influential in the series was the concluding chapter in the trilogy, ‘Warcraft III: Reign of Chaos’, which not only redefined the RTS genre as it was at the time but also gave rise to entirely new genres of video games.

The most notable example of this is the ‘Defense of the Ancients’ mod created inside the ‘Warcraft III: Reign of Chaos’ World Editor, which went on to spawn the immensely popular MOBA (Multiplayer Online Battle Arena) game ‘Dota 2’ along with the entire genre in general. Now, 18 years later the original is being revived once again with a full remaster titled ‘Warcraft III: Reforged’. Read on to find out everything we know about the upcoming remake of the quintessential PC real-time strategy classic.

Warcraft 3: Reforged Gameplay: What to Expect?

‘Warcraft III: Reign of Chaos’ came out in 2002 for Microsoft Windows and Mac OS and was the first fully 3D game in the Warcraft franchise. As with all the other games set in the Warcraft universe, ‘Warcraft III: Reign of Chaos’ is set in the fictional world of Azeroth after the events in ‘Warcraft: Orcs & Humans’, and its sequel ‘Warcraft II: Tides of Darkness’, which chronicled the war of the humans, dwarves, and elves led Alliance against the corrupted Orcs sent through a portal to attack Azeroth.

After the war, which was ultimately won by the Alliance, the remaining Orcs were forced into internment camps and a period of peace followed. The story of ‘Warcraft III: Reign of Chaos’ follows three different heroes – the young and noble Prince of Lordaeron, Arthas Menethil and his slow descent into corruption and evil; Orc war chief Thrall as he seeks to free his people from the authority of humans and create a new Orc world in Kalimdor, and Night Elf leader Tyrande Whisperwind, who must contend with the dual threat of encroaching humans and orcs as well as an impending demon invasion.

The gameplay in ‘Warcraft III: Reign of Chaos’ might be familiar to RTS fans today but it was quite novel for its time in many ways. The game takes place on one of many maps of varying sizes and topologies and is initially covered with a fog of war, which hides enemy activity in areas that are no longer in your line of sight. You must establish your settlements, gather resources, train units to explore the map and fight enemies and defend your establishments against invaders. Resources are a key part of the game, as they allow for expansion. Gold and lumber are required to construct new units and buildings, whereas your food resources dictate how large of a standing army you can maintain.

You can choose from four playable factions within the game – the Human Alliance, consisting of humans, dwarves, and elves; the Orcish Horde, comprising orcs, trolls, and tauren; the Undead Scourge and the Night Elves. Each race has its own unique unit types, building structures, technologies and base construction methodologies that facilitate very asymmetric gameplay.

Being an RTS, games are displayed from a zoomed out top-down view that can be zoomed in or rotated. There is a significant UI element at the bottom of the screen featuring a mini-map, information about the currently selected units, automatic unit grouping and more. However, one massive new addition is the inclusion of Heroes, which are powerful new units that can be leveled up for enhanced attributes and new spell options. Heroes can also obtain an Ultimate skill, which is considerably more powerful than regular spells.

The upcoming remaster ‘Warcraft III: Reforged’ is a fairly faithful recreation of the original game, with the gameplay being practically untouched. In fact, according to Blizzard, those playing ‘Warcraft III: Reforged’ will actually be able to play multiplayer against players playing the original version. Older maps and mods will supposedly also work.

Most of the appreciable changes in the remaster are visual in nature. ‘Warcraft III: Reforged’ features completely overhauled graphics with support for modern resolutions up to 4K and completely new textures. Every in-game unit and map is also remodeled along with the cutscenes, and so are the animations. The game’s User Interface (UI) is completely reworked as well.

Gameplay-wise, there are some reworks to unit pathfinding to avoid frustrations as well as a more balanced multiplayer meta. Other than that, the spirit of the original is pretty much intact in ‘Warcraft III: Reforged’, including the original voice acting. Along with the base game, the ‘Warcraft III: Reforged’ will also be remastered for the new version. Of course, mod support will also return in a new and improved form, with support for the more accessible Lua coding language.

Warcraft 3: Reforged Developers: Who Are the People Behind It?

Warcraft 3: Reforged Release Date: When And Where Can I Play It?

‘Warcraft III: Reforged’ was initially tentatively set to release on an unspecified date sometime in 2019 but now we have a concrete release date, that is, January 28, 2020. The game will be available to play on Microsoft Windows and MacOS.

You can watch the gameplay trailer for ‘Warcraft III: Reforged’ right here.