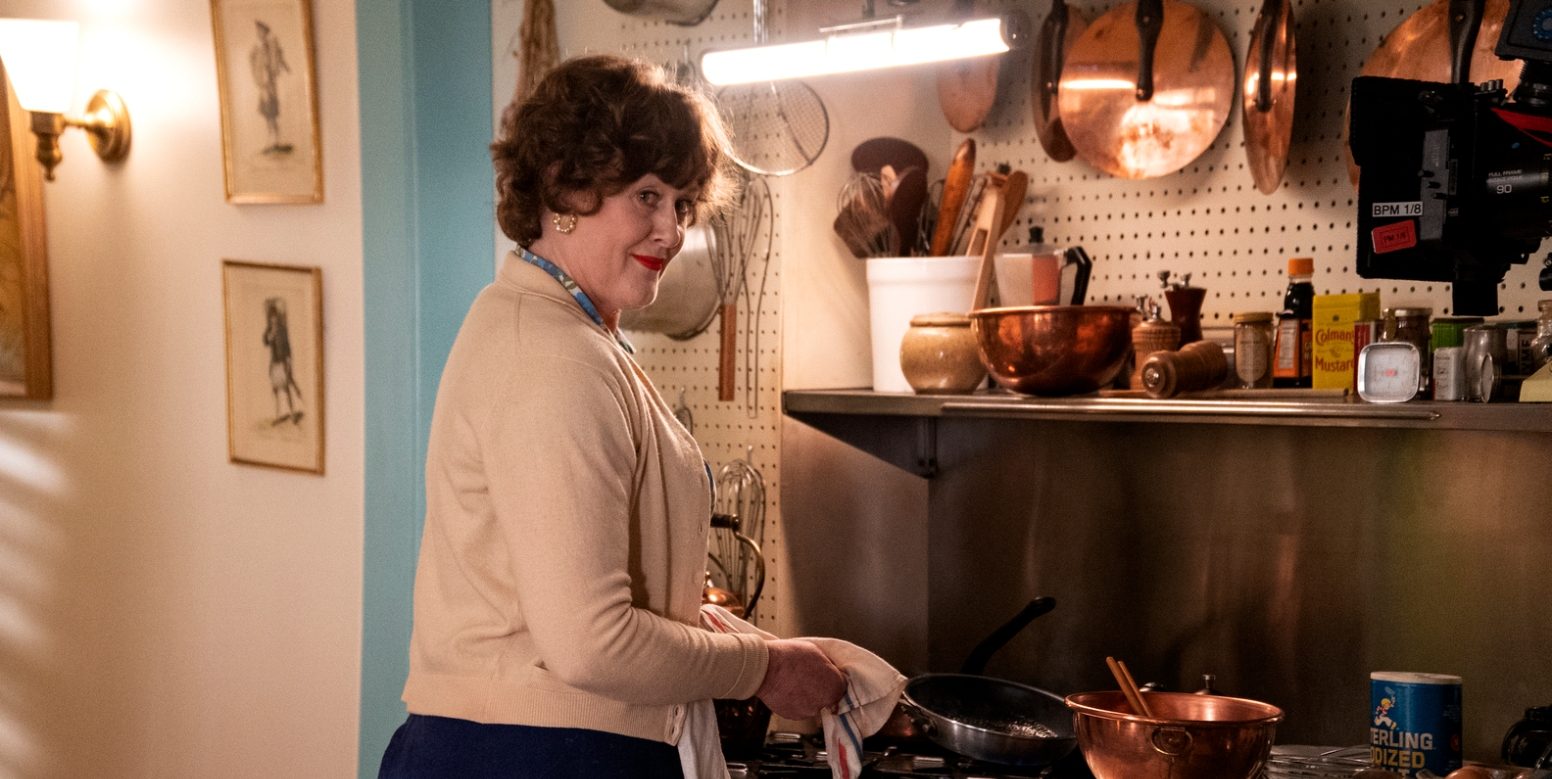 The fourth episode of HBO Max’s biographical drama series ‘Julia’ depicts Julia attending a college reunion. Her friends and other acquaintances celebrate her success as an author and television host. They express their joy in seeing their friend achieve fame and appreciation. Julia also meets Iris, a friend she fails to remember at first. After the meeting, she accompanies Iris for a walk and listens to her recollecting their college days. When Iris becomes candid about Julia’s influence on her, the latter becomes astounded. The introduction of Iris and her revelation succeeds in making one intrigued about the inspiration behind the character and Julia’s sexual orientation. Well, let us dive into the same! SPOILERS AHEAD.

Iris is likely a fictional character and possibly not a real friend of Julia Child. When Julia asks about Iris’ marriage, the latter replies that she hasn’t married and is in a relationship with a woman named Carol. Iris also tells Julia that their time together influenced her to realize that she is attracted to women. She then reminisces about a day when they skinny-dipped together and spend the night under the same blanket. Julia fails to remember the encounter and tells Iris that her memory isn’t the best. She also gets a little stunned to know that she is a part of the reason Iris perceived her attraction to women. Iris’ recollection must have motivated the viewers to know whether the character has a real-life counterpart.

However, there aren’t any accounts related to Julia that mention the real-life existence of Iris, including Julia’s autobiography and other prominent biographical books. The character can be a fictional creation, conceived to bring out Julia’s resentment of being a significant figure in other people’s lives. From Iris to a buyer of one of Paul’s photographs of Julia, numerous people consider her as a part of their lives, at least as an influence or inspiration. Julia expresses her disapproval of the same and tells Paul, “It’s the strangest thing. People thinking I belong to them now.” Even though Iris is possibly a fictitious character, her time with Julia makes one wonder whether the famed chef was homosexual. Let’s find out!

Speculations regarding Julia’s sexual orientation were present even during her lifetime. In ‘The French Chef in America: Julia Child’s Second Act,’ written by her great-nephew Alex Prud’homme, the author reveals that Julia “appeared manly” to some people, who also suspected that she was a homosexual. However, there isn’t any proof to validate that Julia was gay. Even as a highly prolific writer, television host, and celebrity, she never mentioned her being gay. In the same book, citing family members as the source, Prud’homme wrote that Julia had “a healthy physical relationship with Paul” as well.

Julia and Paul were part of a community that included several homosexuals. She was a close friend of famed chef and author James Beard, who was gay. Restaurant critic Craig Claiborne and chef Richard Olney, two prominent presences in the renowned chef’s social life, were also homosexuals. Along with the trio, Julia redefined American cooking. Furthermore, Julia was adored by the gay community of her time, even to an extent of being considered an icon.

However, Julia was also accused of being homophobic. She used terms like “pedal” or “pedalo” – French slang words – for referring to homosexuals. In her letters to Simone Beck, Julia often used these terms. Alex Prud’homme deemed Julia’s homophobia as her ignorance in the same book. There was even a lawsuit filed against her by Daniel Coulter, who accused her of being homophobic. Julia dismissed the allegation in response to the suit. According to her biographer Laura Shapiro, a change happened in her by the 1980s as she became an AIDS activist, especially after witnessing the agony of a close friend due to AIDS.

Julia was part of the discussions of the gay community of her time. She gained unparalleled admiration through the television show ‘The French Chef’ and the numerous cookbooks she wrote. Still, controversies regarding her alleged homophobia didn’t stay away for her.