Where to Stream Watchmen? 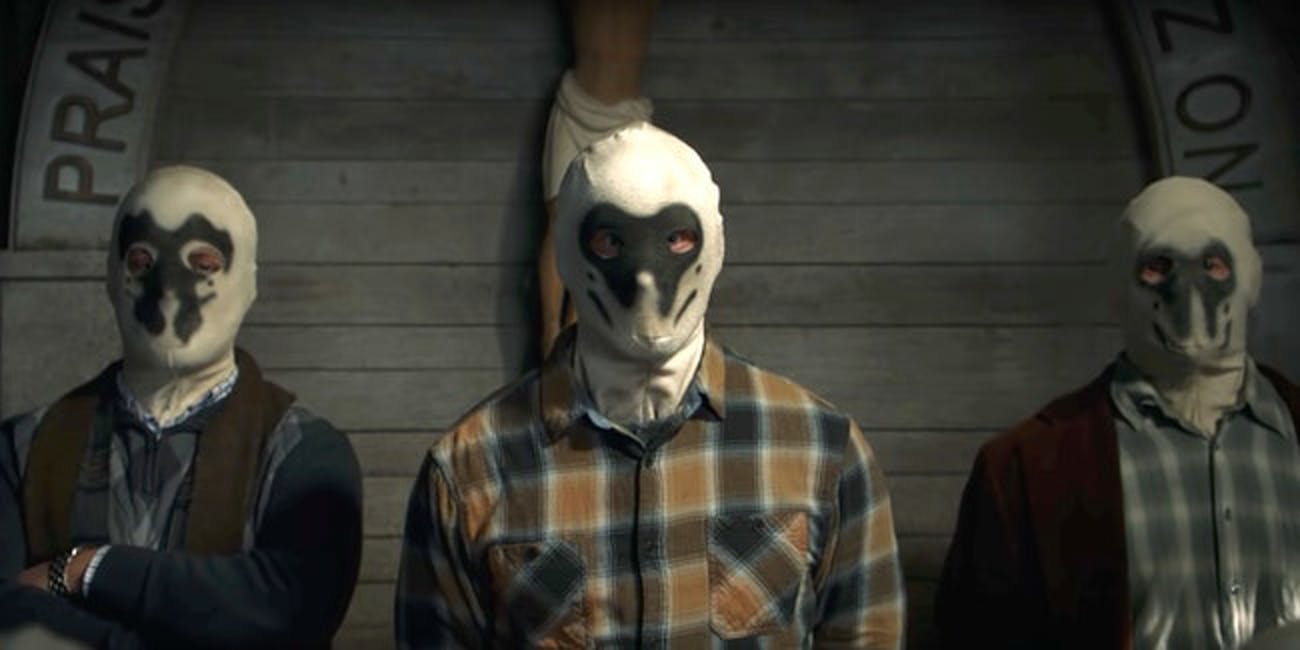 ‘Watchmen’ is one of DC’s most thought out comics, going to the core of the issue and asking about the kinds of responsibilities that superheroes owe to society. It repeatedly poses a question of accountability and whether those same standards should be applied to superheroes. In fact, the title comes from the Latin phrase, “Quis custodiet ipsos custodes?”, which roughly translates to “Who will watch the watchmen?”.

The comics come from the mind of Alan Moore and Dave Gibbons. If the name of the comic sounds familiar to you, you might have seen Zack Snyder’s film based on the same. The television show, however, has been developed by Damon Lindelof, who serves as the executive producer and writer. The plot is firmly set in an alternate reality in contemporary times. We see how the United States is faring now that masked heroes and vigilantes have been outlawed. Tensions seem to be high as a group of people plan on starting a revolution, while another group attempts to stop it.

Notably, Lindelof has made it clear that he wishes to mix up the elements in the ‘Watchmen’ universe, and though there is a continuity in the show, his idea is to set the series in a world where the events of the comics have taken place. The series has gone down well with fans, which is unsurprising since Lindelof is an immense fan of the comics and has ensured that he delivers to the best of his ability. Naturally, you might be wondering where you can see ‘Watchmen’. We are here to tell you that, but first, let us briefly walk you through the plot of the show.

What is Watchmen About?

The story of ‘Watchmen’ as it plays out in the series, is a continuation of the events as they transpire in the comics. We see the present-day United States, in an alternate reality. Although superheroes and masked vigilantes have been outlawed, tensions are still at an all-time high with some people trying to start a revolution, while others attempt to stop it. However, why is all this happening? To understand this, you must understand the premise of the comics.

We see that Richard Nixon goes on to win the Vietnam War with Doctor Manhattan’s help. As a result, the Watergate Scandal never takes place, and Nixon can run for five terms, while the Cold War with Russia is brewing. Against the backdrop of this tense sociopolitical climate, Rorschach, a member of the Watchmen realizes that someone is killing them off one at a time. The plot eventually leads to Adrian Veidt or Ozymandias, another former member. We see that he has created a giant squid-like alien, to attack New York City and kill millions.

As Veidt anticipates, this external threat ends the Cold War between Russia and the USA, as the countries band together to protect the world against such future threats. The rest of the Watchmen agree to go along with Veidt’s plan, apart from Rorschach who does not want to compromise on his principles. Doctor Manhattan eliminates him, but unbeknownst to the group, the masked vigilante has sent his journal to be published, before the confrontation.

The series picks up 34 years after these events. It is set in Tulsa, Oklahoma, and the background of the show is based on the riots of 1921. We see that the racial tensions are running high, and Robert Redford is now the president. He is the longest-serving leader, having been elected in 1992. Redford tries to help the Americans by implementing reforms under the Victims Of Racial Violence Legislation.

The plan is to provide reparations and people have colloquially dubbed it as the ‘Redford-actions’. While the victims are happy to receive help, the reforms do not go down well with most Americans, especially the white population. As a result, a white supremacist group begins to take control of Tulsa. They call themselves the ‘7th Kavalry’ after the historic 7th Cavalry Regiment.

The group is influenced heavily by Rorschach’s writings which can be misinterpreted by conservatives. They wear the same inkblot masks and begin to attack the police officers and their families, blaming them for enforcing the reparations. To combat this, laws are passed, which allows police officers to wear masks while carrying out their duties, to protect their identities and families. Vigilantes join in as well, working alongside the cops, which sends everything into a frenzy.

The world is wonderfully set up in the series with violence always bubbling to the surface, threatening to burst forth. If you love the ‘Watchmen’ comics, you will absolutely enjoy the show, so let us tell you where to watch it.

Is Watchmen on Netflix?

Netflix has promptly maintained its position as a premier content provider by making smart additions to the platform. While ‘Watchmen’ is not available on the platform, you can check out ‘V For Vendetta‘, which is yet another fantastic take on vigilantes, coming from the mind of Alan Moore.

Is Watchmen on Hulu?

Hulu is easily one of the best platforms to be a part of since they continuously keep updating the library to cater to different viewers. While ‘Watchmen’ is not available to subscribers as is, you can add the HBO pack to your existing subscription and stream the show. It costs $14.99 a month. Check it out here.

Is Watchmen on Amazon Prime?

Amazon Prime is the closest competitor to Netflix in terms of content, but the platform has one-upped its competition in this case. Prime subscribers can catch ‘Watchmen’ by adding the HBO pack to their existing plan for $14.99 per month. Check it out here.

Where Else Can I Stream Watchmen?

No subscription to Hulu or Amazon Prime? No worries. ‘Watchmen’ is an HBO show, so you can catch it on HBO Go or HBO Now. However, you need to be subscribed to these platforms.

Can I Stream Watchmen For Free?

Freeloaders are in luck only if you have existing subscriptions to Amazon Prime and Hulu. Both platforms have a free week-long trial wherein you can check out HBO shows. Thus, you can stream ‘Watchmen’ using that. However, we urge you to pay for the art you consume.