Were Eleanor and Franklin Roosevelt Cousins? 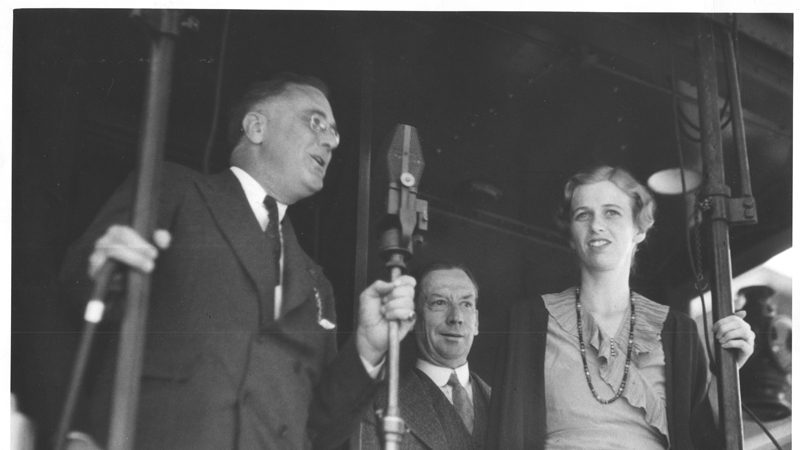 The show also takes a bit of dramatic liberty, depicting the private dynamics of the three first families by reimagining what their conversations behind closed doors would be like. Eleanor and Franklin D. Roosevelt’s marriage is a particularly intriguing relationship that weathers affairs on both sides. It is also hinted that the two are cousins. Let’s take a look at whether this is historically accurate.

Were Eleanor and Franklin Roosevelt Related?

As it turns out, Eleanor and Franklin D. Roosevelt were cousins. The Roosevelt family tree had an especially lush network of siblings and cousins, who often collected at family gatherings. Eleanor and Franklin were fifth cousins once removed. The former, after losing her mother to diphtheria and her father to alcoholism, was an orphan by age 10 and taken in by her maternal grandmother, Mary Livingston Ludlow. Meanwhile, Franklin grew up with his family in Hyde Park in upstate New York.

According to reports, the future first couple met when they were 14 and 18 but only noticed each other when their paths crossed four years later at a big horse show in Madison Square Garden. Franklin was twenty-two when he proposed to the nineteen-year-old Eleanor. An article in the New York Times from 1905 speculated that Roosevelts seemingly often married other Roosevelts because they never met anyone else and that many family and friends felt that Franklin was unworthy of Eleanor.

The Roosevelts’ wedding day was scheduled for St. Patrick’s Day in order to accommodate Eleanor’s uncle Theodore Roosevelt’s schedule. Theodore was President at the time and marched in the parade as well as officiated the wedding, which was scheduled for March 17, 1905. The ceremony was witnessed only by relatives and a few close friends and took place in Mrs. E. Livingston Ludlow’s home. Incidentally, Franklin’s mother, Sara Delano Roosevelt, bought a similar townhouse on 47 and 49 East 65th Street as a wedding present for the couple.

Depicted on vacation in the picture above, Eleanor and Franklin traveled to Britain, France, Italy, and Germany on a three-month honeymoon. This was preceded by a week’s stay at their Hyde Park residence.

Read More: Did Lorena Hickok and Eleanor Roosevelt Break Up in Real Life?