Did Lorena Hickok and Eleanor Roosevelt Break Up in Real Life? 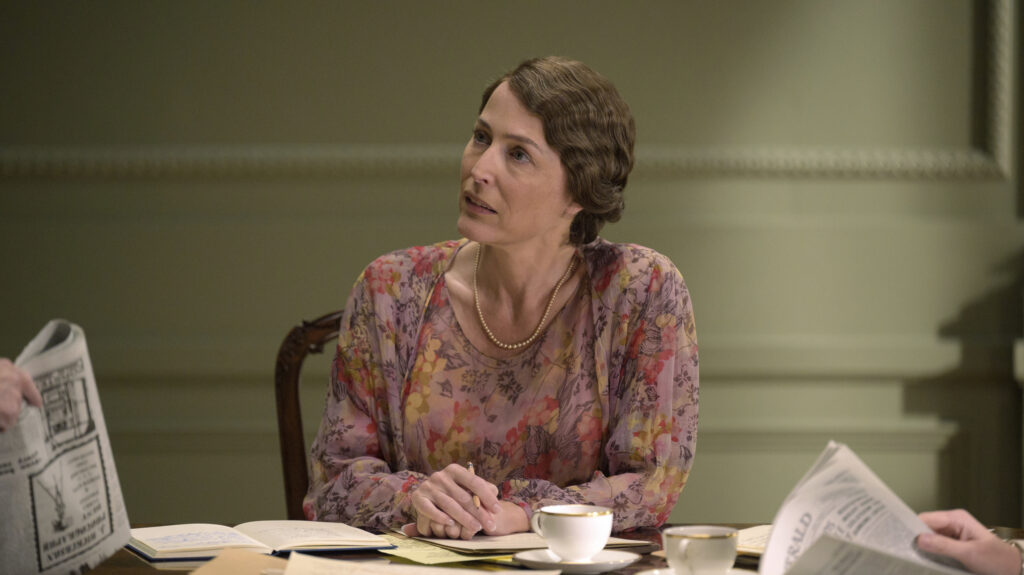 Created by Aaron Cooley, Showtime’s drama TV series ‘The First Lady’ follows the stories of three American first ladies and the time surrounding their stint in the White House. Across three timelines, it chronicles the journeys of Michelle Obama (Viola Davis), Betty Ford (Michelle Pfeiffer), and Eleanor Roosevelt (Gillian Anderson), delving into their individual challenges and victories. The show’s rich historical context gives us several intriguing details about the three women, including some of their closest and most surprising relationships.

Eleanor Roosevelt’s close friendship with the journalist Lorena Hickock is one such aspect explored in the show. Episode 9 depicts what looks like a breakup between the two, so we decided to see just what went down between the first lady and the celebrated journalist. Did they ever break up? Let’s find out. SPOILERS AHEAD.

Did Lorena Hickok and Eleanor Roosevelt Break Up?

Eleanor Roosevelt and Lorena Hickok shared a deep friendship that spanned over thirty years and started before the former became the first lady. Their letters to one another, which number over 3000, hinted at a deeper romantic relationship between the two and contained words like “darling,” “dear one,” and “heart.” In her 2016 book ‘Eleanor and Hick: The Love Affair That Shaped a First Lady,’ author Susan Quinn describes a road trip that the two went on “together as a couple, all day and all night.”

Lorena was a prolific journalist who was apparently one of the first women to have her byline featured on the front page of the New York Times. She covered many areas for the Associated Press and crossed paths with Eleanor in 1928. At the time, Franklin D. Roosevelt was preparing for his run for governor of New York. Not wanting to cover the relatively less important activities of a politician’s wife, Lorena initially avoided Eleanor. However, by 1932, Eleanor had emerged as a pivotal advisor to her husband.

By the time Franklin was on the Presidential trail, Lorena was covering Eleanor Roosevelt. The reporter spent weeks following Eleanor on the campaign trail, and the two grew closer. They were seemingly in love by the time Franklin Roosevelt became president. In fact, Lorena was reportedly privy to the president’s famous “nothing to fear but fear itself” speech before most others since Eleanor read it out to her the previous evening.

As her relationship with Eleanor deepened, Lorena accompanied her to several events, and the two shared private dinners at the Roosevelts’ townhouse. Although, the journalist also seemingly resented Eleanor’s constant political, social, and family engagements. As depicted in the series, the first lady became increasingly occupied with the advent of World War II, and she and her journalist confidante grew apart in real life as well.

In 1942, Lorena became romantically involved with Marion Harron, a U.S. Tax Court judge. The letters between her and Eleanor continued but were increasingly devoid of the burning romance that earlier letters hinted at. Lorena and Marion eventually broke up, yet the former’s friendship with Eleanor persevered. In her later years, the journalist struggled with arthritis and reportedly mainly survived on clothes and money sent to her by Eleanor.

The former first lady passed away in 1962, and Lorena died a little over five years later at the age of 75. Their friendship continued till the end, as did seemingly a deep love for one another. For various reasons, it seems like Eleanor and Lorena drifted apart in the 1940s. However, it appears to have been a cooling off of their romance rather than a breakup.

Read More: Is Betty Ford’s Friend Nancy Howe Based on a Real Person?