Is Betty Ford’s Friend Nancy Howe Based on a Real Person? 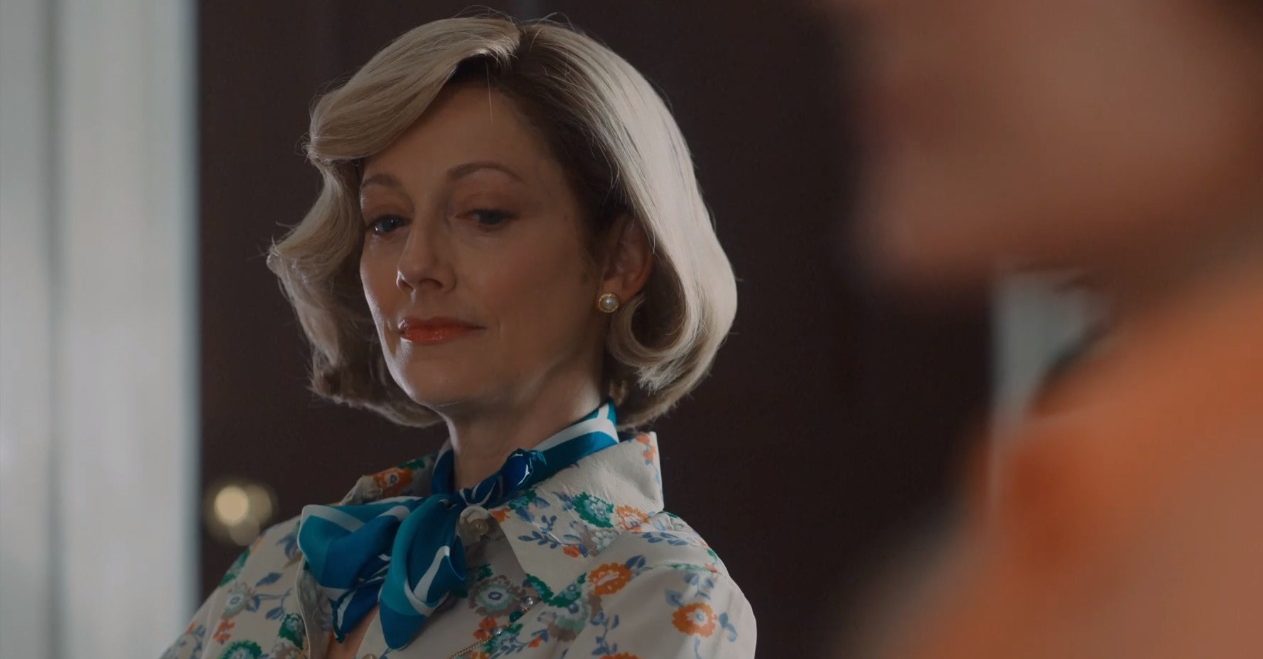 ‘The First Lady’ dramatizes the stories of three First Ladies of the United States and the years leading up to their time in the White House. The narrative follows Michelle Obama (Viola Davis), Betty Ford (Michelle Pfeiffer), and Eleanor Roosevelt (Gillian Anderson) through their challenges and victories as they carve their personal legacies and refuse to be overshadowed by their husbands.

Betty Ford’s entry into the White House amidst the tumultuous resignation of Richard Nixon is particularly challenging. As she is pressured to conform to the traditional role of the First Lady, Betty finds an unexpected supporter and companion in the White House named Nancy Howe. Considering many of the characters in ‘The First Lady’ are based on real people, we decided to see what we could find on Judy Greer’s character, Nancy Howe.

Is Betty Ford’s Friend Nancy Howe Based on a Real Person?

Yes, the character of Nancy Howe (Judy Greer) is based on a real person. The real Nancy Howe was a Personal Assistant to Betty Ford before the latter became the First Lady. Interestingly, the two were described as inseparable. Nancy was also credited with supporting Betty during her fight with breast cancer and helping dodge the archaic White House traditions that Betty was expected to follow as the First Lady.

In April 1975, Nancy’s husband James W. Howe died of a gunshot wound that authorities revealed was self-inflicted. As per reports, James passed away following an investigation into a trip made by the Howes to the Dominican Republic, where they were reportedly hosted by a South Korean businessman named Tongsun Park. This raised many questions as well as ethical and conflict of interest concerns.

Before his death, James had reportedly taken full responsibility for the trip and pleaded that his wife not be blamed for any indiscretion. “If we had realized there would be any criticism of our accepting this hospitality from Park, we would never have done it,” James said, according to The Washington Post. “I pay all the bills. I’m the one who should have been more careful. It’s all my stupidity.”

At the time of his death, James and Nancy Howe also had a 22-year-old daughter named Lise Courtney. In the aftermath of the tragedy, the Ford presidential family presented public condolences to Nancy and her family. At the time, she was still employed as Betty’s Personal Assistant. Soon afterward, in May 1975, Nancy left her job at the White House and stopped working for Betty Ford. According to records, she was replaced by Nancy C. Chirdon.

Before working for Betty Ford, Nancy worked for the White House Historical Association and was the Head of Guide Book Sales. This is quite close to what is depicted in the series, where Nancy seems to be working in the White House gift shop. It seems that Betty and Nancy likely met around the time that the latter worked with the White House Historical Association. Soon after Gerald Ford was nominated for Vice President, Betty Ford hired Nancy. According to some reports, Nancy had actually started helping Betty Ford even before she was hired and had been working for the latter for several weeks.