Were Luna and Monet Together in Gossip Girl? Why Did They Break Up? 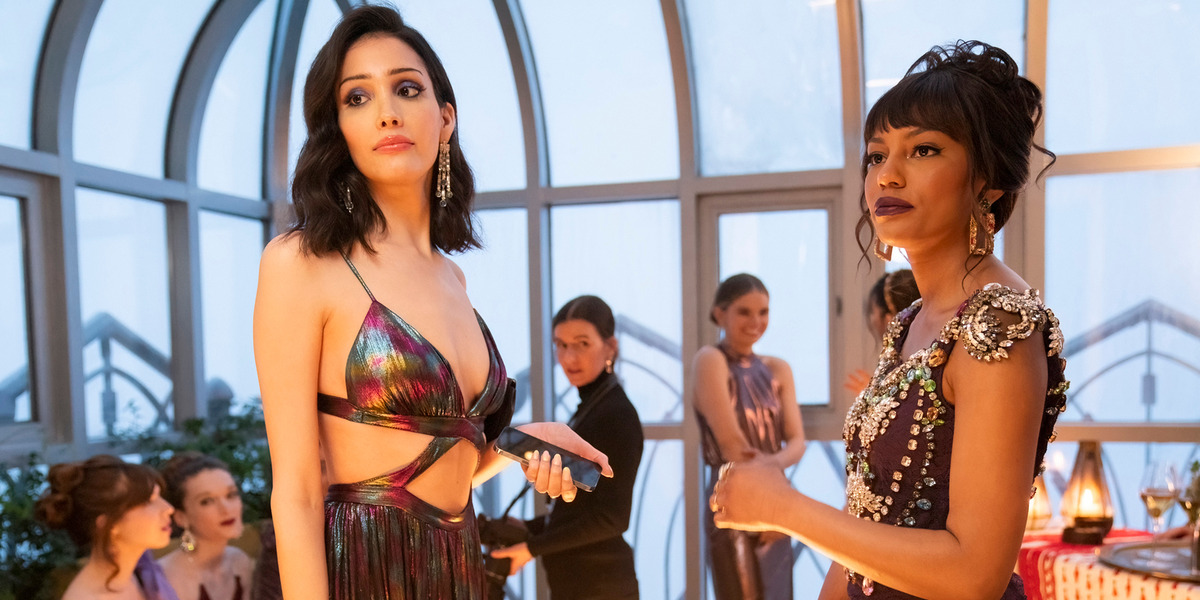 HBO Max’s ‘Gossip Girl‘ is a teen drama series based on Cecily von Ziegesar’s book series of the same name. It is a reboot/sequel of The CW’s ‘Gossip Girl,’ which aired from 2007 to 2012. The series revolves around a batch of students at Constance Billard St. Jude’s School. The students find their lives in turmoil after the re-emergence of Gossip Girl, a mysterious social media blogger who leaks their secrets to the public.

The second season starts with Gossip Girl revealing a romantic relationship between Luna and Monet. However, since Gossip Girl’s posts cannot always be trusted, viewers must be looking for clarification. If you are wondering if Luna and Monet dated and why they broke up in ‘Gossip Girl,’ here is everything you need to know! SPOILERS AHEAD!

Were Luna and Monet Together?

Luna La (Zión Moreno) and Monet de Haan (Savannah Lee Smith) are introduced in the series premiere episode of ‘Gossip Girl.’ They are close friends of Julien Calloway, the Queen Bee of Constance Billard St. Jude’s School in New York’s Upper East Side. The duo comes from privileged families and is actively involved in Julien’s career as a social media influencer. Given their frequent appearances together, viewers must wonder if there is something romantic between them.

In the second season premiere episode, Gossip Girl makes a post revealing that Luna and Monet dated during their freshman year of high school. However, Gossip Girl’s words cannot be taken as absolute truth. In the first season finale, titled ‘Gossip Gone, Girl,’ Julien decides to erase her social media presence. She joins hands with Gossip Girl and agrees to feed her secrets on the condition that some will be real while others will be lies. The deal is mutually beneficial for Gossip Girl, and they publish various secrets.

Why Did Luna and Monet Break Up?

As the second season premiere confirms, Luna and Monet did not actually date. Their relationship is just one of the rumors that Gossip Girls spreads to maintain a balance between the revelations she leaks to the public. Therefore, there is no reason behind Luna and Monet’s break up, as they never actually dated. However, they do seemingly part ways in the first episode of season 2. After Julien gives up on her career as a social media influencer, Monet is no longer interested in convincing Julien to return to the platform. Instead, she wishes to take the spotlight for herself.

On the other hand, Luna is still dedicated to her goal of making Julien a star and believes that she can convince her friend to retake her social media influence. The episode ends with Monet announcing herself as a rival to Julien. Therefore, it will be interesting to see whose side Luna picks in this war. However, given Luna’s motivations so far, she will likely side with Julien. The first season primarily showcases Luna and Monet as partners in running Julien’s social media influencer business. Hence, it seems like Luna and Monet have broken up, at least in a manner of speaking. Their goals no longer align with each other, leading them to part ways and focus on different issues.