What Are the Meanings of Succubus, Banshee, and Chupacabra in The Imperfects? 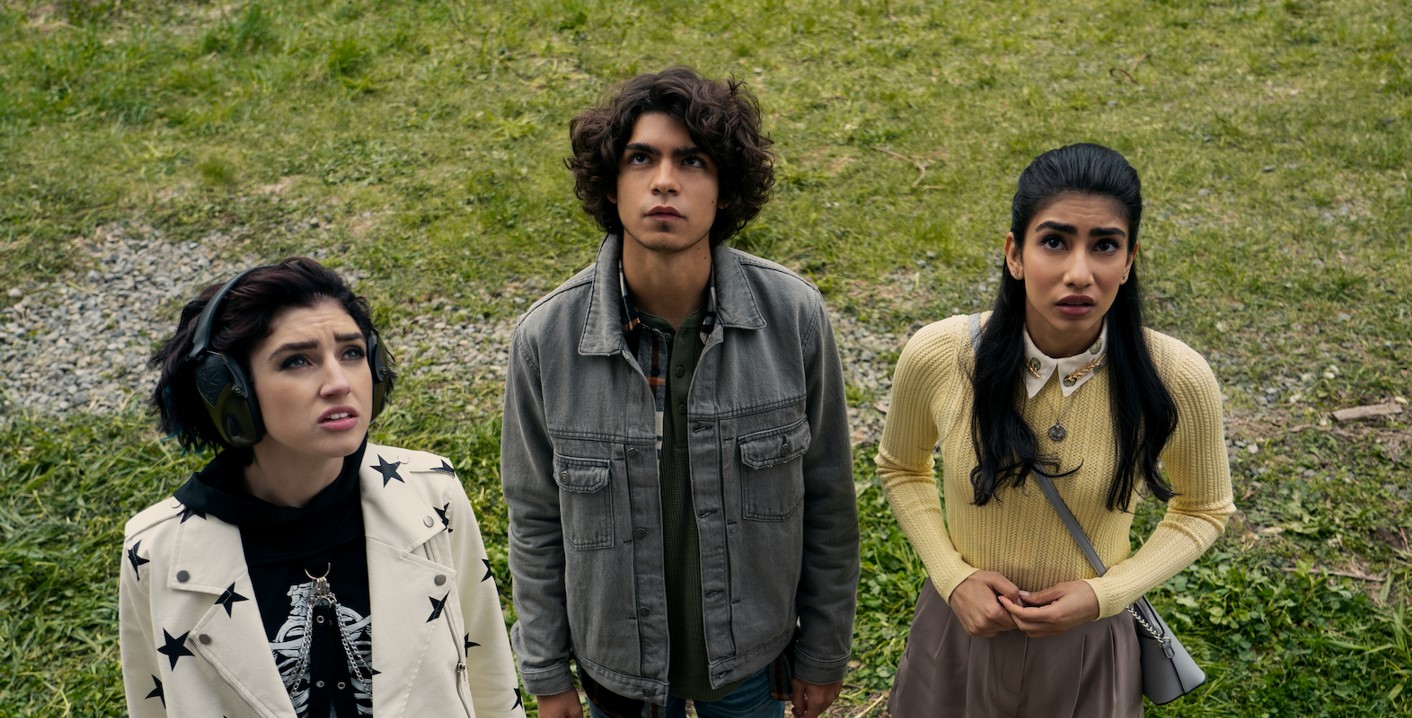 Netflix’s ‘The Imperfects’ is a science fiction series that tells the story of three 20-something individuals —Tilda Webber (Morgan Taylor Campbell), Abbi Singh (Rhianna Jagpal), and Juan Ruiz (Iñaki Godoy). All of them underwent treatment for a genetic condition and now take pills to negate the side effects of the said treatment. However, when the pills stop coming, they develop special abilities, impacting their lives. Desperate for a cure, the three protagonists embark on a journey to find the scientist who did this to them.

The Succubus, the Banshee, and the Chupacabra are what Abbi, Tilda, and Juan call each other, respectively, in relation to their individual powers. Here is everything you need to know about it. SPOILERS AHEAD.

What Is the Succubus?

Abbi is the Succubus in ‘The Imperfects.’ She excretes pheromones that sexually arouse people in her immediate vicinity and put them temporarily under her control. Abbi has struggled with her powers since the treatment because she has no control over who her pheromones affect. They don’t spare anyone — be it her friends, fellow students, or even relatives. It is heavily implied that she left home because her mother became affected by the pheromones.

In folklore and the Abrahamic religious tradition, a succubus is a demon or a supernatural entity that men see in their dreams. They seduce men often through sexual activities. Religious tradition warns humanity against such persuasion, asserting that it will bring forth the victims’ undoing. In recent representations, they are regarded more as a beautiful seductress, though the religious connotation still remains in many cases. According to ‘Zohar,’ the Jewish mystical treatise, and ‘Alphabet of Ben Sira,’ a Jewish satirical text from the medieval era, the first wife of Adam, Lilith, transformed into a succubus.

What Is the Banshee?

Tilda is the Banshee in ‘The Imperfects.’ Initially, the effects of Dr. Alex Sarkov’s synthetic cell manifests in her as enhanced hearing. But soon, she also develops the ability to create ultrasonic vibrations whenever she screams. In the course of the first season, these abilities grow, becoming more potent. She later can tell if someone is lying and kill people miles away over the phone.

The banshee traditionally belongs to Irish and Celtic folklore. Also known as “woman of the fairy mound” or “fairy woman,” the banshee is a female spirit that appears before a person’s death, and through her screams, she announces the impending death. Stories describe them having long, flowing hair — often red — and garbed in a green dress with a gray cloak over it. Their eyes have turned red because of the weeping.

What Is the Chupacabra?

Juan is the Chupacabra in ‘The Imperfects.’ The youngest among the three protagonists, Juan starts to experience blackouts, When he wakes up, he finds himself in the middle of nowhere, with blood on his clothes, hands and around his mouth. He realizes that he has been killing small animals and pets during the blackouts. He claims that he is the Terror of Tacoma — a Chupacabra. Later in the series, Juan ends up killing and eating people. He also realizes that the transformation happens when someone he loves is threatened.

Unlike the other two, the legend of the Chupacabras is fairly recent. It is part of the modern folklore in various regions of the Americas. The first alleged sightings took place in Puerto Rico in 1995, though the legend has been around since the 1970s. The name “Chupacabra” derives from the animal’s purported vampiric traits. It apparently drinks the blood of its victims, which are often livestock. As for the appearance, that varies depending on the region. In Puerto Rico and Latin America, the creature is believed to have a reptilian appearance, whereas people in the Southwestern United States claim it has dog-like features.

Read More: Do Abbi and Hannah End Up Together in The Imperfects?