What Are the Sexualities of Gossip Girl Characters? 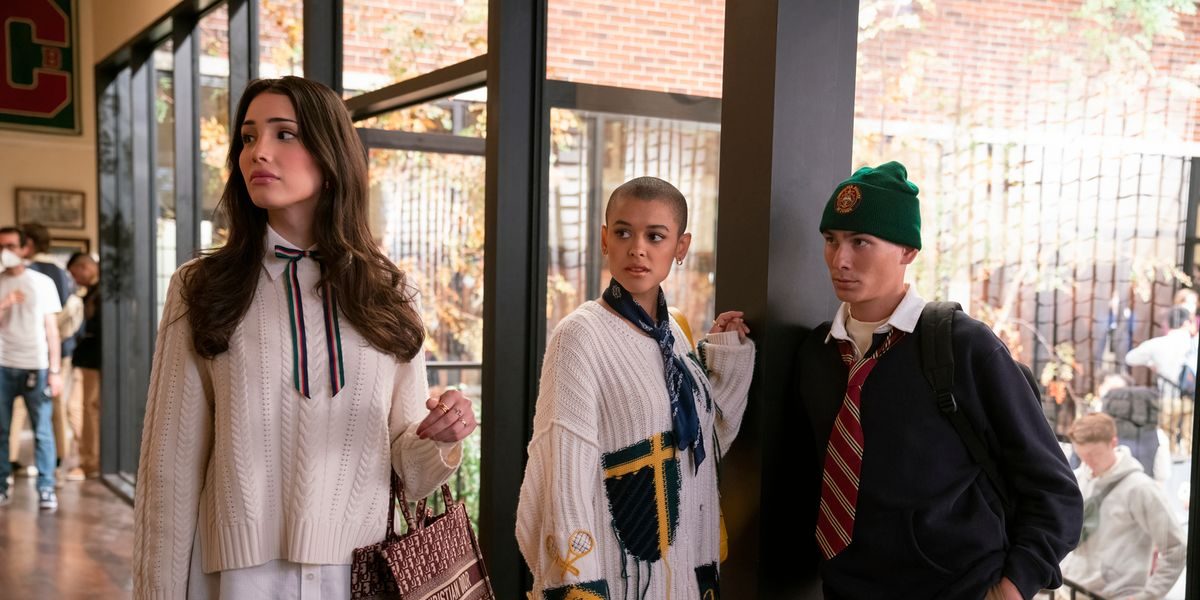 Developed by Joshua Safran, ‘Gossip Girl‘ reboot centers on a new group of characters who come from wealthy and privileged backgrounds attending the Constance Billard St. Jude’s School. The series explores privilege and the consequences of actions that come from a sense of entitlement. The theme of privilege often intermingles with the characters’ sexuality.

Sexuality is a central theme of the story, and each of the main characters deals with it in their own way. The series features characters with various sexual identities and creates a balanced representation of the LGBTQ+ community. If you are curious about the sexuality of the show’s characters, here’s a rundown of the same!

Luna and Monet are the friends of Julien, who constantly follow her around and are wholly invested in their friend’s social media influencer role. Luna is a talented stylist, while Monet is Julien’s intimidating PR manager. However, both characters remain on the sidelines for much of season 1, and their sexuality isn’t explored in-depth in comparison to some of the other members of Julien’s clique. Savannah Lee Smith, who essays Monet, confirmed that her character identifies as lesbian. On the other hand, Zión Moreno, who plays Luna, is a transgender woman in real life, and the writers decided to portray her character similarly.

At the start of the series, Aki and Audrey are a couple who have been dating for a long time. However, their relationship is tested when Aki begins to explore his sexuality. Aki kisses Max and contemplates whether he is gay. Although he is initially unsure of his sexuality, with Audrey’s help, Aki realizes that he is bisexual. On the other hand, Audrey is straight. The couple tries out being in an open relationship in the ninth episode of season 1 but returns to being exclusive after things don’t work out.

Otto “Obie” Bergmann IV is the epitome of male privilege on the show as he comes from a wealthy family of real estate owners in New York City. Therefore, he is often referred to as the Prince of New York. Obie’s privilege makes him the perfect character to explore cisgender male issues. The same is represented through Obie’s guilt over his wealth, leading him to make cautious efforts to give back to the community and activism. Thus, despite being a straight white privileged male, Eli Brown’s Obie is a likable character.

Maternal half-sisters Zoya Lott and Julien Calloway are the focal points of the show. Their sibling rivalry takes a new turn when Obie breaks up with Julien. Zoya is fairly young and seems to be only romantically interested in Obie, her first actual boyfriend. Therefore, it is perhaps too soon for the series to explore Zoya’s sexuality.

On the other hand, Julien appears to be straight, but her styling and content as an influencer appeal to the queer community. Moreover, actress and songwriter Jordan Alexander, who plays Julien, is bisexual in real-life. Hence, the series could explore that side of her character in the future seasons.

Read More: What is the Inspiration Behind Gossip Girl?