What are the Spirits in Pinocchio, Explained 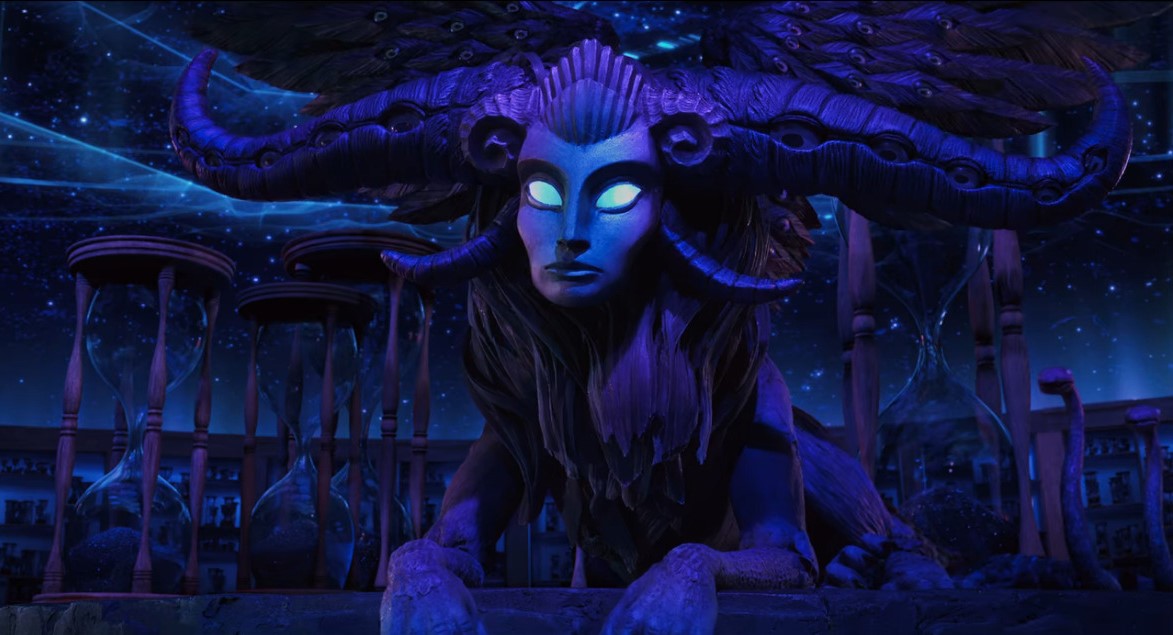 Netflix’s ‘Guillermo del Toro’s Pinocchio’ is a reimagined adaptation of the classic novel, ‘The Adventures of Pinocchio,’ by Carlo Collodi. When Master Geppetto’s son dies, the grieving man wishes to be with his son. One night, when he decides to make a wooden marionette that resembles his son, a magical blue spirit sympathizes with Geppetto’s pain and gives life to the marionette. When Pinocchio, the wooden boy, steps into the world, he interacts with various people, gets stuck in different situations, and even dies. Pinocchio then meets another spirit which explains the nature of Pinocchio’s life. The second spirit is the blue spirit’s sister, but the two look vastly different. So what are the two spirits? What is their purpose? Well, fret not, for we’ve got an answer. SPOILERS AHEAD

What are the Two Spirits in Guillermo del Toro’s Pinocchio?

The two spirits are the Wood Sprite and Death. The Wood Sprite is a Goddess of the forest and represents life, while Death tends to the souls who die and leave the mortal realm. In the original 1883 fable, we see a spirit called The Fairy with Turquoise Hair, and like the Wood Sprite, her essence belongs to the forests. Guillermo del Toro’s portrayal of the fairy differs in terms of the appearance and the role the spirit plays. Unlike the original, the spirit does not aim to give Pinocchio a human body. She only brings the wooden puppet to life after seeing Geppetto’s misery. 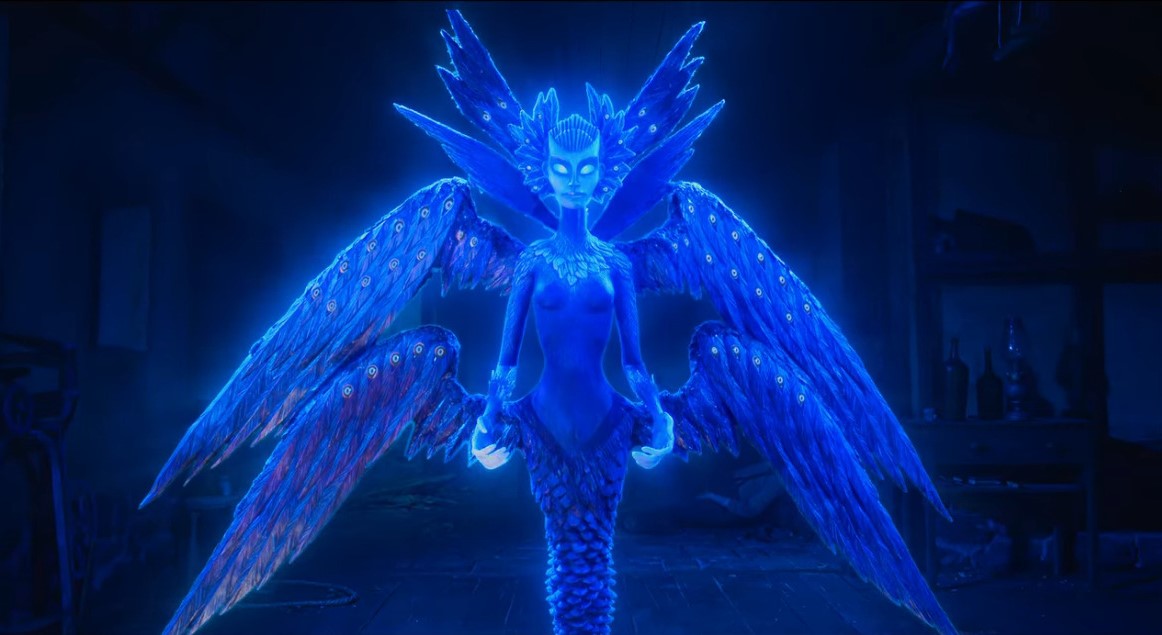 Another intriguing facet of the movie is Death. The character is absent from the source material but plays a crucial role in Pinocchio’s journey as a wooden boy. With goat’s horns, lion’s mane and paws, wings, and a tail with snakes, Death is an intimidating figure but isn’t villainous. Death explains how Pinocchio is alive because of a borrowed soul. As a result, he can never truly die. But Death explains to him that each time he dies, he has to spend a certain amount of time with Death, and every time he returns, the timespan will increase. The cycle will go on until the end of time arrives.

At first, Pinocchio doesn’t understand the significance of the rules. As the narrative progresses, he realizes the importance of Death’s words. Toward the end, Pinocchio begs to return to Earth immediately to save Geppetto, and Death refuses. She says that the only way to return is to break the hourglass, which shows the passage of time. If Pinocchio breaks it, he can return instantly, but he will become a mortal. Pinocchio breaks the hourglass, returns to Earth, and somehow saves Geppetto but cannot save himself. The Wood Sprite appears again and sees how desperate Geppetto is to bring his son back. She offers her sympathy but says she cannot bring Pinocchio back to life again. So, Pinocchio’s friend, Sebastian Cricket, uses his wish, and the Wood Sprite gives Pinocchio a second life. 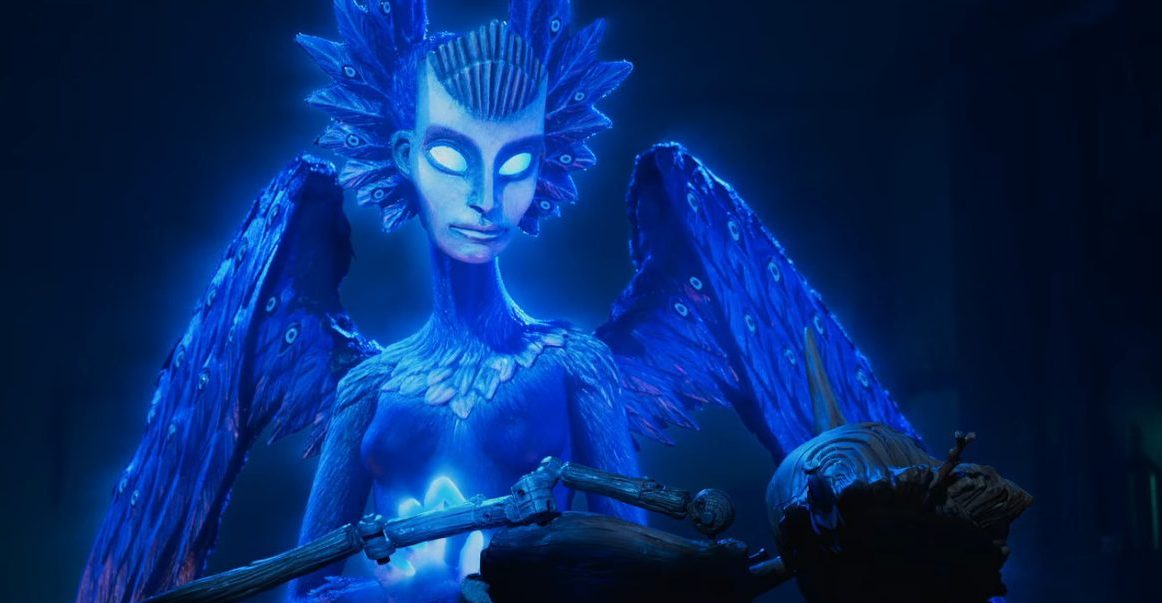 Thus, the philosophies behind the two spirits in the movie are opposite of the fairy in the original tale. The fairy from the original story promises to give Pinocchio a human body only if he becomes a good person. The ideology is idyllic and holds only Pinocchio accountable for everything happening to him and around him. In contrast, the Wood Sprite and Death represent a constantly evolving balance between life and death. Their rules governing the mortal world are not absolute and have and can change depending on the scenarios. The rules are symbolic of the characters in the movie, which also evolve with time. Like the mortal world, even the ethereal realm is far from idyllic.

One crucial instance that proves this is when the Wood Sprite asks Sebastian if he has fulfilled his role as Pinocchio’s righteous guide. Sebastian replies that he tried his best, and that’s the best he could do. The Wood Sprite understands that there is no way Pinocchio could have been perfect even if he had followed Sebastian’s every advice. The Wood Sprite knows that effort counts and imperfections are inevitable.

So, she brings Pinocchio back to life, and he does his best to be the best version of himself and take care of Geppetto. Thus, the Wood Sprite governs living beings and can bring anyone to life. Death governs the people’s souls who have died. Although Death cannot send the souls back to Earth in a mortal form under normal circumstances, she can do so if the soul can pay for it with something in return.

Read More: What Happens to Candlewick? Does He Die?