Is Netflix’s Pinocchio Based on a True Story or a Book? 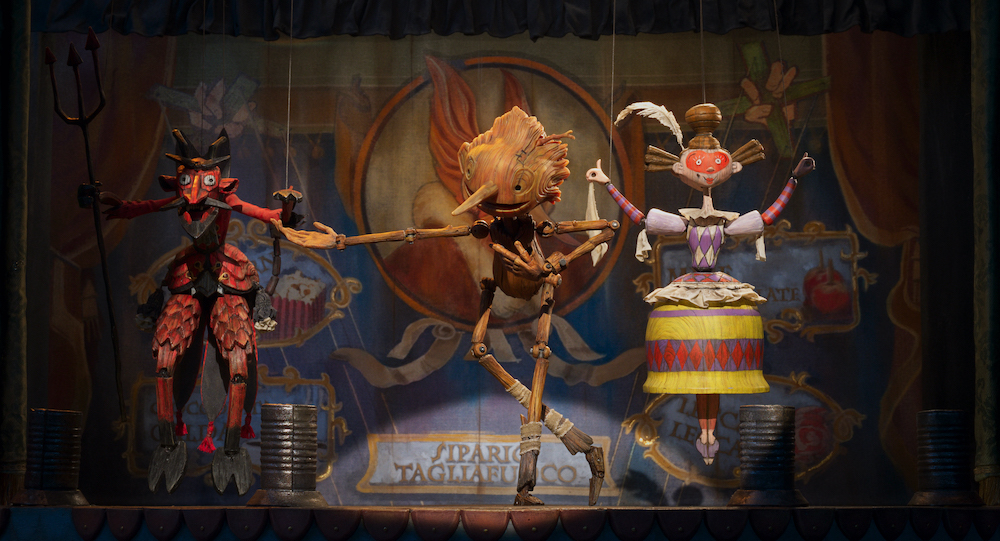 Co-directed by Guillermo del Toro and Mark Gustafson, ‘Guillermo del Toro’s Pinocchio’ is a Netflix stop-motion musical film that follows the adventures of a wooden puppet that magically comes to life after a grieving father, Geppetto, who wishes to be with his late son. The father gets a second chance to nurture a child as the wooden boy tries to understand and find himself.

Set in Italy, ‘Pinocchio’ combines fantasy, history, and slice-of-life genres in an organic way. A few characters and subplots seem grounded in reality, while others remind us of children’s fairy tales. Themes like love and friendship are relatable to the audience and make them wonder if the movie is based on a true story or a book. Well, let us find out, shall we?

Yes, ‘Guillermo del Toro’s Pinocchio’ is based on a novel and is inspired by real historical events. The movie is adapted from the classic 1883 children’s fantasy novel, ‘The Adventures of Pinocchio’ by Carlo Collodi. Through the story of the popular fictional character of Pinocchio, the movie portrays the rise of fascism in Italy during the 1930s after the notorious dictator Benito Mussolini rose to power. The movie’s story and screenplay are penned by an ensemble of writers comprising Guillermo del Toro, Patrick McHale, and Matthew Robbins. 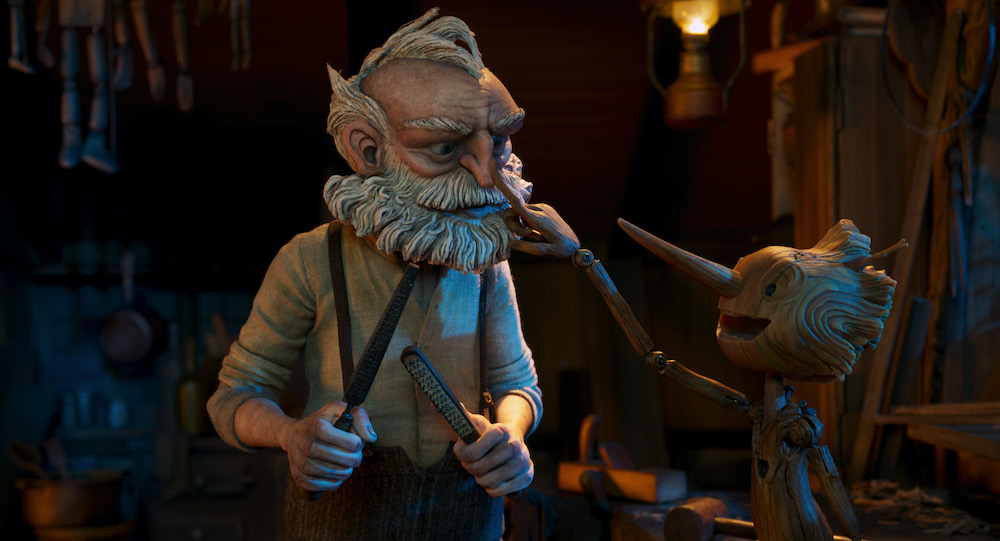 When Guillermo del Toro decided he wanted to tell the story of Pinocchio, he knew he wanted to tell it from a different lens and message. The original novel portrays Pinocchio as a mischievous boy who lies and doesn’t listen to anybody, including Geppetto. The marionette’s misadventures make him realize how he needs to be a good boy, and the story’s moral is that disobedience is a vice that will never bring any good.

In contrast to the source material, the Oscar-winning director wanted to portray disobedience as a necessary virtue. In an interview with The Hollywood Reporter, del Toro said, “I thought that the idea of Pinocchio behaving as a free agent and a disobedient soul in a time when obedience is expected of everyone would be very important, especially in a moment like now.”

Guillermo del Toro was also fascinated by how similar Pinocchio and Frankenstein are as characters. In an interview with Vanity Fair, he said, “They are both about a child that is thrown into the world. They are both created by a father who then expects them to figure out what’s good, what’s bad, the ethics, the morals, love, life, and essentials, on their own.” The connection between the two characters also inspired how Guillermo del Toro’s rendition of the story.

Another intriguing arc in the original novel is how Pinocchio craves to be a human being, not merely a wooden marionette. Talking about it, the director explained how he didn’t believe in the ideology. He said, “You don’t have to change who you are to be loved, you don’t have to turn into a ‘real boy’ through obedience to be loved.”

Interestingly, Guillermo del Toro used to watch Pinocchio with his mom while growing up. He wanted to make a darker version of Pinocchio since 2008 but couldn’t do so due to several unfortunate circumstances. Finally, after he signed the deal with Netflix, his passion project began, and the director brought his concept, idea, and story to our screen. After the Netflix adaptation was announced in 2018, the Academy Award winner spoke about it in his acceptance speech at an award function. He said, “No art form has influenced my life and my work more than animation and no single character in history has had as deep of a personal connection to me as Pinocchio.”

After watching the film, he found the world intimidating, where one was always on the verge of upsetting someone.

In an interview with HeyUGuys, the writer-director said, “I really felt a little angry that Pinocchio had to obey. So I think I wanted to make a Pinocchio that showed something that I think is urgent right now.” A significant aspect of the movie is the portrayal of fascism and Benito Mussolini. Pinocchio finds himself in places where fascist leaders express their ideologies and try to control things around them. We also see Benito Mussolini for a brief period, and although his role is not much, it is enough to showcase how ruthless dictatorship can be.

In real-life, Benito Mussolini was Italy’s appointed Prime Minister from 1922 to 1925 and assumed the role of dictator between 1925 and 1943. After the First World War, fascism emerged in Italy due to the economic crisis, and Benito Mussolini was reportedly the first dictator to coin the term fascism. His reign’s common traits were dictatorship, radical patriotism, imperialism, and more.

Guillermo del Toro correlated the fascism of that era with the authoritarian governments today. So he portrays the 1930s, and through Pinocchio, shows how freedom is a cure to dictatorship. Overall the idea of defiance, independence, and acceptance form the core facets of Guillermo del Toro’s passion project. To reiterate, ‘Guillermo del Toro’s Pinocchio’ is a reinvention of the classic story and is also based on historical events in Italy.