What Does Death Tell Emily at the End of Dickinson?

The show puts a lot of emphasis on Emily’s powerful imagination — as a result of this, we see gorgeous scenes chock-full of elements of fantasy, featuring personas that only the poet can see. One such character who appears as a part of Emily’s visions is Death (Wiz Khalifa) himself. Throughout the series, Emily periodically interacts with the iconic Death — who travels in a stunning black carriage — as she considers him to be her inspiration. So, in the end, what does Death have to say to Emily? Let’s find out. SPOILERS AHEAD.

What Does Death Tell Emily at the End?

In season 3, we see that Emily is disturbed by the Civil War which is tearing her country apart. Although obsessed with death as a concept, Emily is unable to tolerate the demises of thousands of innocent people. She begins to wonder if her poetry will be able to bring some hope and solace to others; eventually, she starts to fret about whether her poetry has any purpose at all. 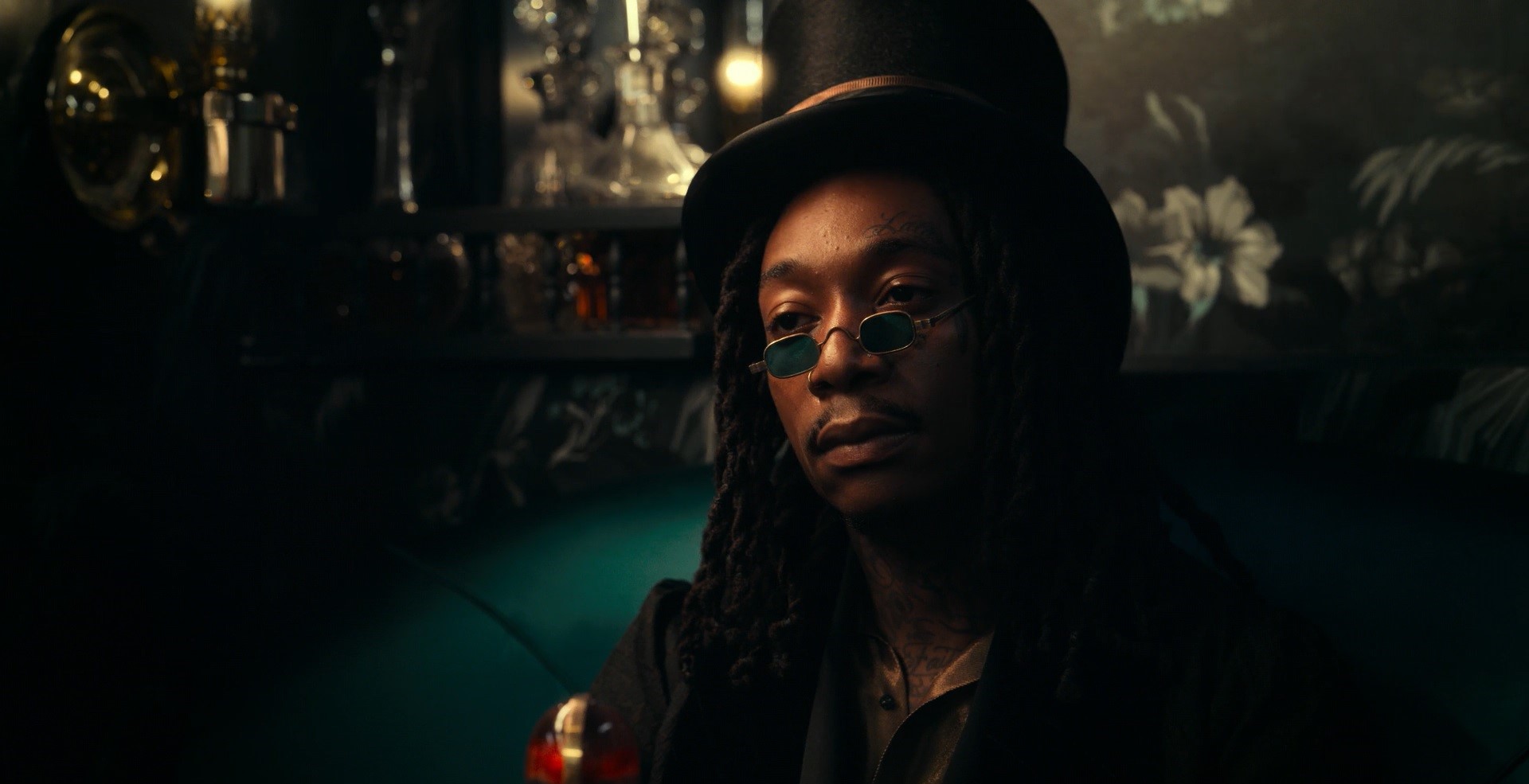 After Aunt Lavinia’s funeral, Emily sees Death’s carriage. She climbs inside it, donning her signature reserved-for-Death red dress, and talks about hope. The little yellow bird she saw during the funeral made her feel as though her aunt was asking her to keep writing poetry and thus spread hope. Suddenly, Emily realizes that Death isn’t his usual witty self and is rather subdued. When she asks him what happened, Death says, “I feel like shit.”

We find out that the war has depressed Death; he used to enjoy coming up with creative ways to kill people but “now it’s just the same thing over and over again.” He explains that “bullet and gangrene” are the only way people are dying nowadays, and it has taken all the fun of out his work. Death then asks Emily for advice; he has noticed that Emily is able to write brilliant poems despite living an uneventful life. “Where do you get that fire from?” he asks, curious as to how Emily manages to create art.

Emily, meanwhile, has just realized that she hasn’t strayed from the domestic comforts of her life. She still stays in her father’s house in her small town and hasn’t seen any other part of the world. However, she answers Death. “I want to do something that matters. And I mean something that really matters. It’s bigger than fame or money,” she confesses. “I want to be that little bird. I want to give people hope,” she concludes, adding that she thinks poetry can be more powerful than Death himself.

Death laughs and asks if she means that he inspires her. “Always,” she responds, and the two shake hands. From this interaction, it becomes obvious that Emily is approaching her poetry from a perspective that she hadn’t considered before the war. She is leaving her little bubble and wishes to interact with the world through her words. Plus, we are told at the beginning of the season that the Civil War was the actual poet’s most productive period of time.

Emily doesn’t meet Death again for some time as she gets preoccupied with Austin’s fight with her father, her complicated relationship with Sue, and questions about the merits of her poetry. However, what Emily tells Death about hope dictates the rest of the season. The young poet reaches out to Walt Whitman and Thomas Wentworth Higginson to find out whether the great artists think that her poetry has potential (they do!). Clearly, Emily is trying to find her place as a poet in a society full of sadness; she wishes to comfort people who are being ruthlessly attacked by a cruel and unjust world.

Emily briefly sees Death’s carriage, pulled by his ghostly horses, when she witnesses Henry and the Black Union soldiers battling against the Confederates. Death and death are clearly everywhere. In the season finale, Emily meets Death again in her garden of flowers. Both of them are changed — Death, who used to wear exclusively black, now dresses in white and Emily is confident. Interestingly, Death is without his carriage, somehow more vulnerable and powerful at once.

Death explains that he has changed his perspective since the last time he saw her. “Well, I felt like I was kinda being hard on myself. It’s like I’m that dude nobody wants to see,” he says, talking about how nobody enjoys thinking about death. However, he now knows how important he is and declares “Without death, what is life?”

Death points at Emily’s garden and says, “It’s all one process. It’s like these flowers. They grow in soil and that’s basically waste.” Emily listens intently to him. “Then they bloom and eventually rot and just become more dirt. And the same thing happens over and over again,” Death notes. “It’s a cycle, baby. Bitches gotta deal with that.” Thus, he gives her the confidence to be herself, which she acquired on her own as well.

Emily absorbs his observations on life and death. Then, Death tells her that she needs a “new look” for herself. “You gotta wear something that makes you feel like yourself,” he explains. “You can’t be walking around all hemmed up by everybody else’s expectations.”

Emily thus realizes that everything in her life has been dictated by society, apart from her poems. So, doesn’t it make sense for her to get an outfit that truly represents who she is? Corsets are restrictive, and Emily wants something “flexible.” Death tells that she’s going to die someday and has to finish a lot of poems before that — she has to be comfortable during her poetic process. “You got work to do, Ms. Dickinson. You gonna need a uniform,” he informs her. Afterward, the two dance in the garden, blissfully happy.

Thus, Death’s last conversation with Emily connects back to his first conversation with her in this season. Both of them have grown to genuinely appreciate their work; they don’t care about fame or being appreciated by others anymore. This goes in line with Emily’s later decision to not meet Higginson as she does not require feedback on her poetry anymore; she is truly comfortable with her work and her world of imagination.

And just like Death, in the last scene of the series, we see Emily in a historically accurate white and flowy dress that she designs and sews for herself with the help of Betty. Emily was right all along — her poetry is more powerful than Death because people continue to draw hope from her works long after her demise. What Death tells her at the end reflects her growth as a poet truly in love with her craft.

Read More: Do Emily and Sue End Up Together in Dickinson?